A safer sanitation solution for women and girls 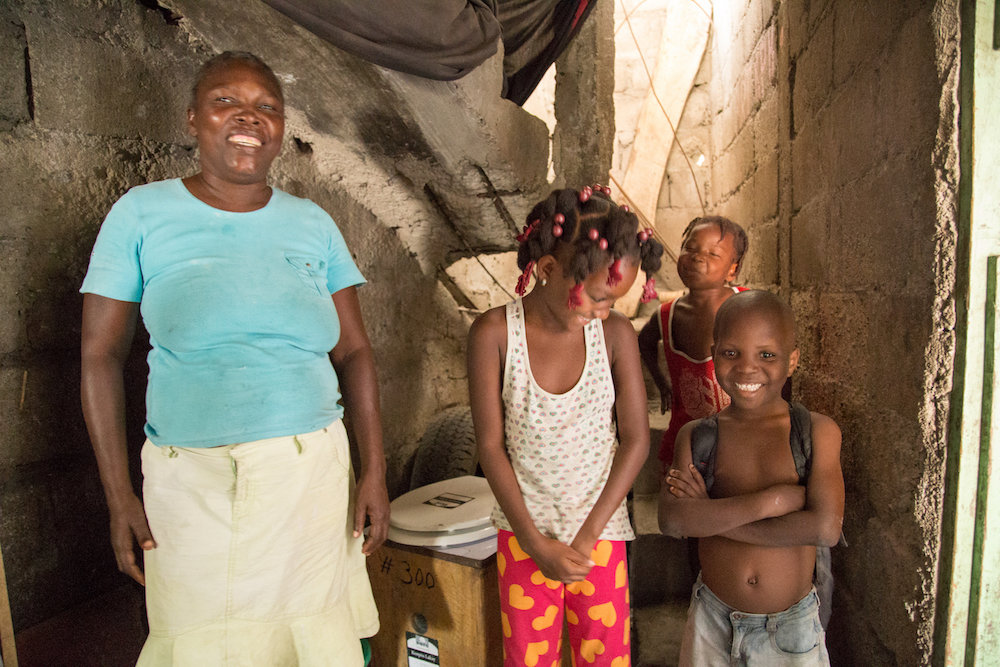 Since 2006, SOIL has worked tirelessly to bring our holistic ecological sanitation solution to life in Haiti. Thanks to the support of our friends and partners, we are demonstrating that it’s possible to provide safe, dignified and affordable sanitation services to resource poor urban communities.

By offering families household toilets, which provide a sense of pride as well as increased safety and security, SOIL is working to combat gender-based violence.

One in three women between the ages of 15 and 49 have experienced physical or sexual violence and finding ways to mitigate and prevent gender-based and intimate partner violence is critical. Though it’s something that those of use who grew up in communities with household sanitation take for granted, the connection between gender-based violence and a lack of access to safe sanitation is well-documented globally.

Not having access to an in-home toilet means having to leave the house and often travel at considerable lengths to reach sanitation facilities, something that can be particularly dangerous for women and girls. Having a toilet at home ensures that women have a private, safe space to use the toilet and manage menstruation, but it also increases safety from violence as people no longer have to rely on using a shared or public option outside of the home.

In 2012, SOIL and our partners at Re.Source Sanitation conducted a survey on sanitation coverage in Haiti’s second largest city, Cap-Haitien. What we found was that that prior to having an EkoLakay toilet installed, 30 percent of participants reported that they felt safe from physical or sexual assault when using their primary sanitation option. After becoming EkoLakay users, that increased to 91 percent of respondents sharing that they felt safe from physical or sexual violence. Last summer, a survey of SOIL’s EkoLakay clients in Haiti’s capital city of Port-au-Prince found that an astonishing 97 percent of customers felt that their quality of life in terms of security had improved after signing up for the service.

Izidor, an EkoLakay client with five young children living in the Shada neighborhood of Cap-Haitien, reported feeling significantly safer now that she and her children do not have to go outside to relieve themselves during the night: “Pandan lanwit mwen te ka gon bezwen epi se deyò mal fè l. Kounye a ak eko lavi m sekirize anpil nan sans sa, “During the night whenever I had to go, I had to go outside. Now with [EkoLakay] I have a greater sense of security in my life.”