Towards a Sustainable City-Wide Sanitation Service 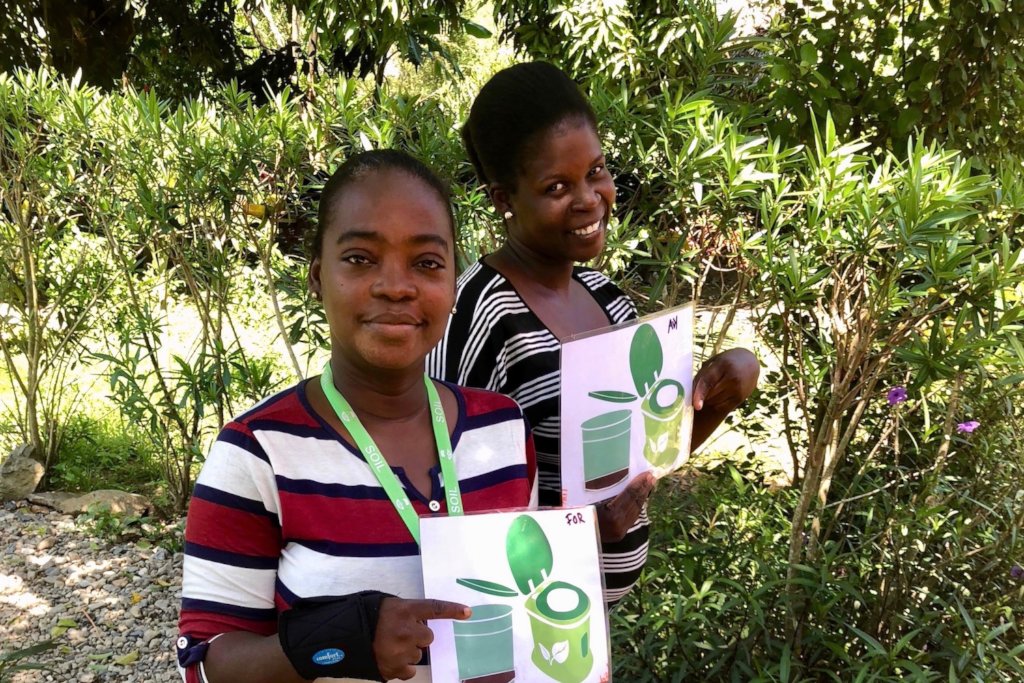 Let’s call it the “fill your container challenge,” (which, let me assure you, is quite different from the ice bucket challenge. You would not want to dump these containers over your head). Over the past two months, 16 of SOIL’s EkoLakay sales staff were competing as a part of two teams to see who could install the most toilets in Cap Haitien.

The goal we set out to achieve during the competition was 42 newly installed EkoLakay toilets in both March and April, which is an installation rate more than 100% higher than last quarter’s average rate of 20 toilets per month.

Each person on the sales team received a bonus of 100 Haitian Gourdes for every new signed contract they secured. For Axilus, this meant a bonus of 1700 gourdes, or about $25 USD. Axilus told us that he alone was able to sign 17 new families onto the service by speaking with his friends and family members who didn’t have a toilet in their home and explaining to them how an EkoLakay toilet would improve their health and safety, all the while protecting the environment. For SOIL, each family that signs a contract to join our sanitation service means that we are delivering more social and environmental impact, which is our ultimate goal.

How did it go? The Fort St. Michel team won the challenge with 57 new installations, followed by Avyasyon’s 42. All in all, this puts us at 99 new families that now have a safe, dignified in-home toilet as a result of the competition. That’s a win for team SOIL!

Though there is no challenge planned for May, but we do have some other tricks up our sleeve as we continue to work to increase installations and, in turn, access to lifesaving sanitation. The mobile payment service that EkoLakay uses, MonCash, has generously offered SOIL swag in the form of water bottles and T-shirts, which we will use to incentivize clients to sign up for the EkoLakay service and pay with MonCash. Though there has been hesitation to joining EkoLakay’s service over the past quarter as a result of our new mobile payment requirement, early analysis has shown that customers who successfully adopt MonCash actually pay more consistently and we have faith that the technology will catch on. Check back to the blog next month to learn more about how it’s going!

There will be more incentives for the sales team in the future because they love bonuses, SOIL loves impact, and our customers love their container-based toilets. We may not spend every month taking photos of ourselves filling up poop containers for fun, but, rest assured, we will continue to install toilet after toilet until we’ve created a city-wide sanitation service. 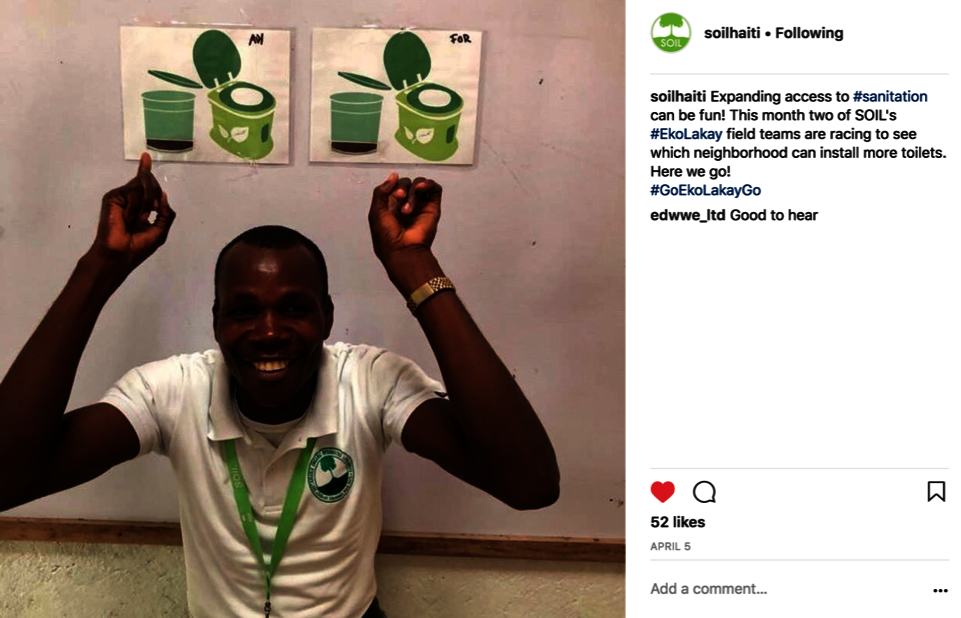 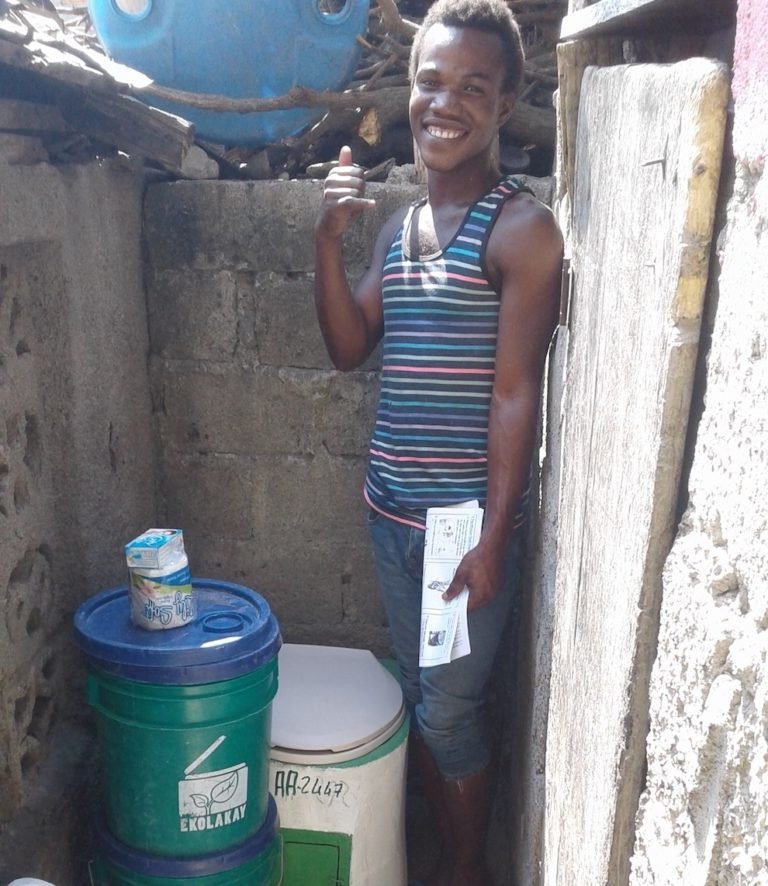