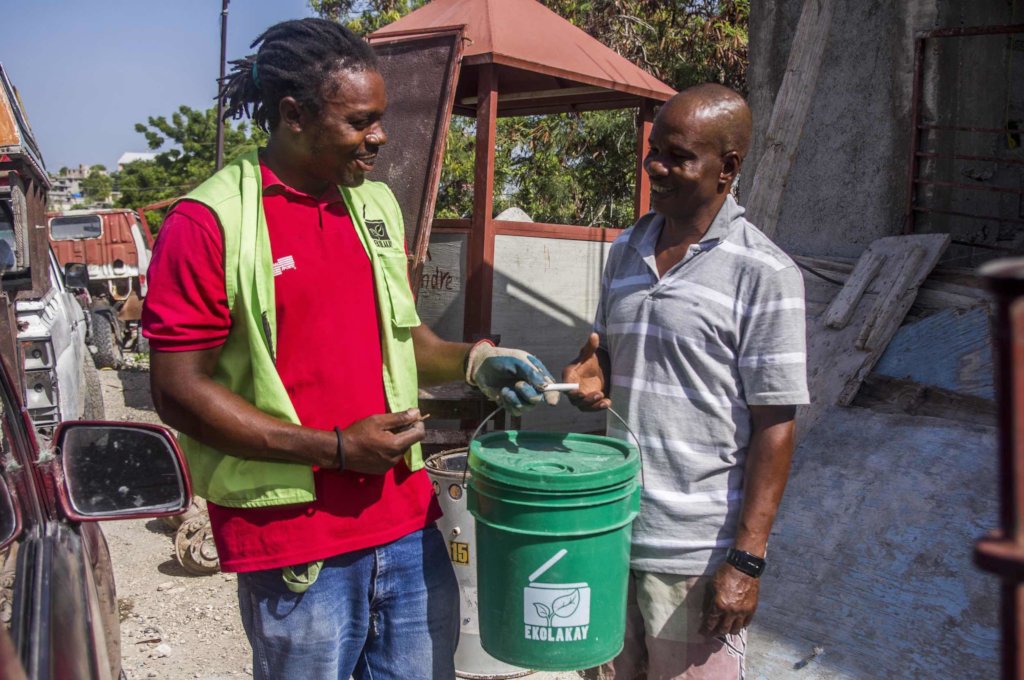 So far this year, EkoLakay has carried out two comprehensive satisfaction surveys in order to gather quantitative and qualitative feedback on the household toilet service. We were pleased to see that customers overwhelmingly reported improved safety, health, and affordability. Despite very high overall satisfaction levels in both customer surveys in both Port-au-Prince and Cap-Haitien, a few customers in Port-au-Prince did note some issues with EkoLakay’s cover material, bonzodè, which led us to look into the production protocol.

The Port-au-Prince EkoLakay team took this feedback seriously and immediately began identifying how we could improve and optimize bonzodè production. The main complaints we received were that the bonzodè was arriving damp, which occasionally had caused it to smell bad or encourage flies. As the “flushing” material for our dry toilets, bonzodè should perform the opposite effect so we knew this was a serious issue to resolve.

The team sat down and tweaked the protocol to guarantee that the bonzodè arriving at customers’ houses would be dry and pleasant-smelling. They achieved this by making the production schedule such that a bucket of bonzodè will never be sealed for more than 30 minutes before arriving in front of a customer as well as limiting the amount of time bonzodè is in storage.

A couple months after our initial satisfaction survey, we circled back to the 29 customers who had expressed dissatisfaction with bonzodè to thank them for their helpful feedback and to ask if they had seen improvements. We were relieved when all but one of those customers reported that the quality of bonzodè had improved in the past months, most saying that the bonzodè is now always dry. Now, 90% of the customers who were previously dissatisfied have reported that the quality of the bonzodè is “good” or “excellent.”

Using data-based feedback to improve our operations and follow-up with clients was an exercise in how to effectively weave strong customer service into the very fabric of the EkoLakay service. As the extremely positive results of the recent Cap-Haitien satisfaction survey demonstrate, happy customers make loyal customers who will encourage their neighbors to sign up for EkoLakay.

Plus, we just love that fuzzy feeling of a satisfied client!