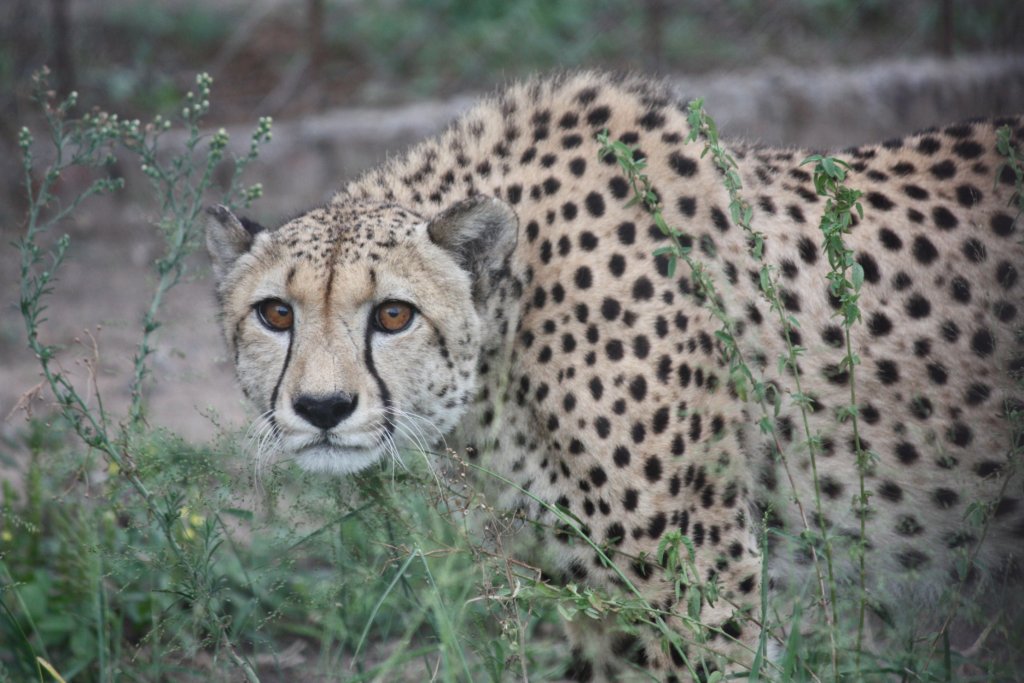 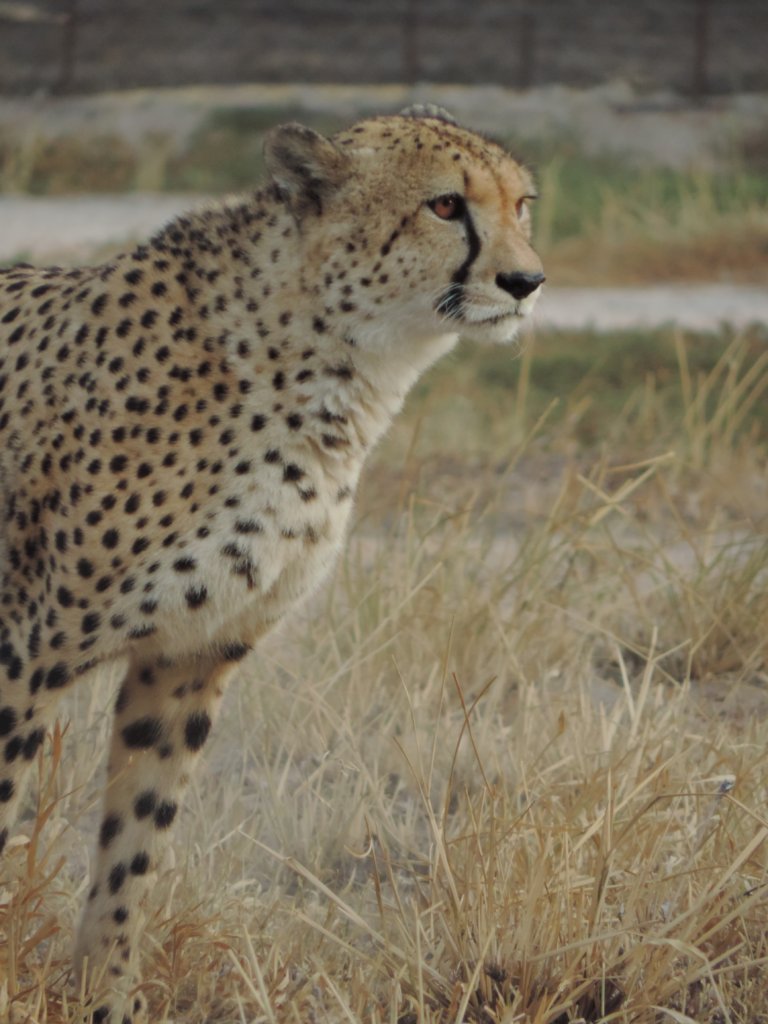 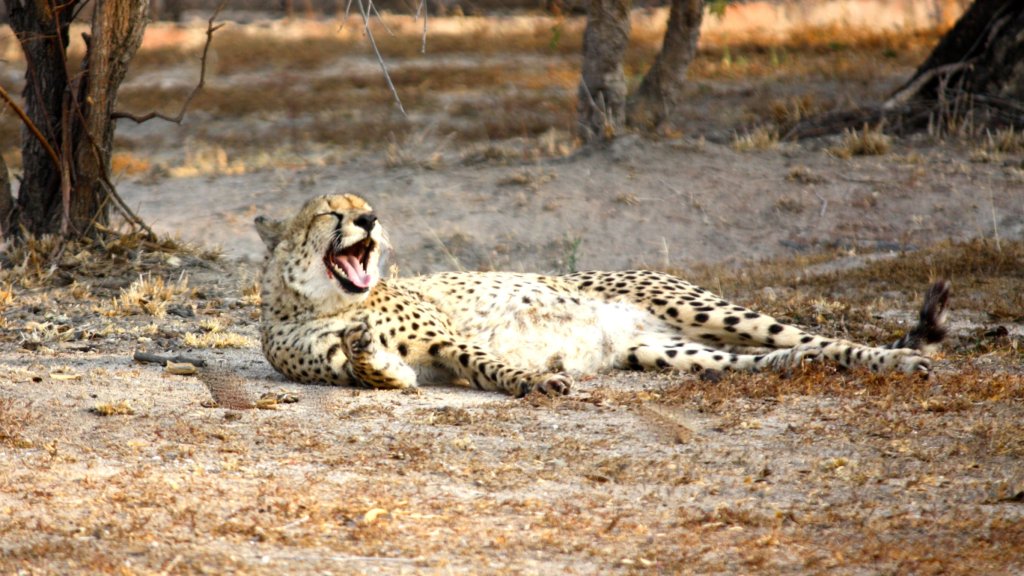 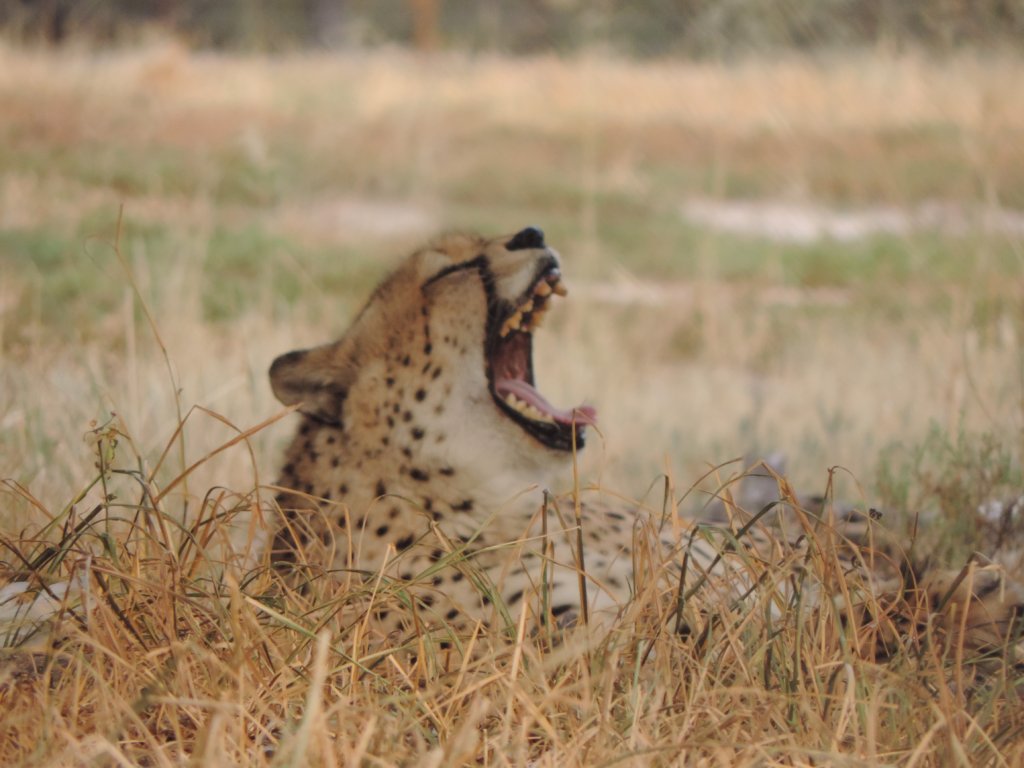 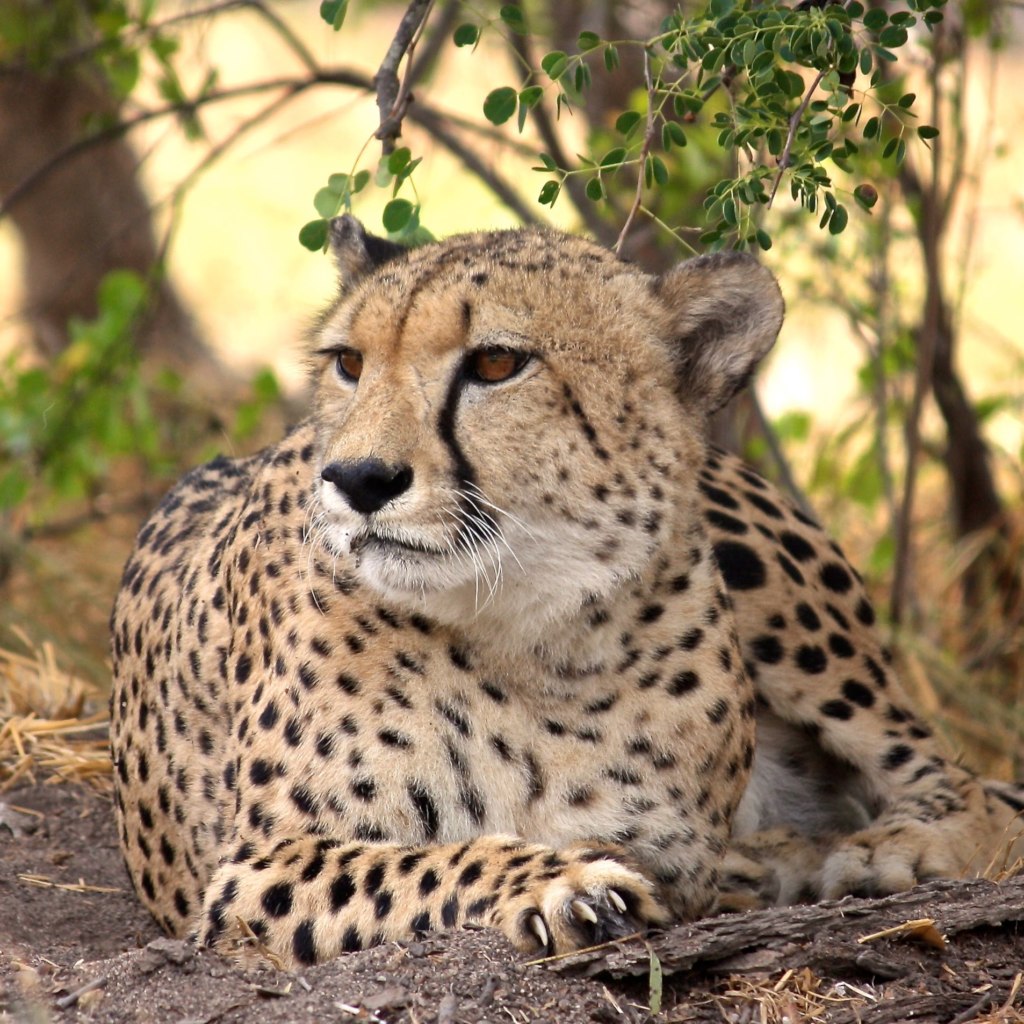 It is with a broken heart that we have to let you all know that our beloved cheetah Martin passed away peacefully on February 17th.

Martin had not been feeling great and not eating for a few days before that. He was old, around 20 years old, so we were monitoring very closely any sign of potential sickness. On Feb 17th, as there were still no improvement, we started to be very worried and decided to call the vet. He darted Martin and quickly found a mass in his abdomen.

We then transferred Martin to the clinic for x-rays and blood tests. The results quickly showed that age had caught up with him and he was around 5 years older than previously thought. He had multiple tumours and extensive kidney and liver damage. Unfortunately, there was nothing that even our wonderful vet could have done to save him. Although we know that there was nothing else we could do, it was still heartbreaking to let him go.

Not much is known about Martin’s early life, but he was confiscated by the SPCA due to the terrible conditions he was being kept in. He found a safe home at HESC in 2007, where he was part of their internationally renowned breeding program. In 2015, it was time for Martin to retire and he came to DAKTARI to live a happy peaceful life whilst inspiring the local children.

After a bad start in life, Martin made such a huge impact on conservation and environmental education. Martin quickly became the favourite animal of many children who were amazed to see such a beautiful animal so close. He was an incredible ambassador for his species and all of us at DAKTARI are honoured to have had 4 wonderful years with him.

Thank you to all of you for the support, and if you wish to continue supporting us, you can always donate to the other animals through our Wildlife Orphanage project. 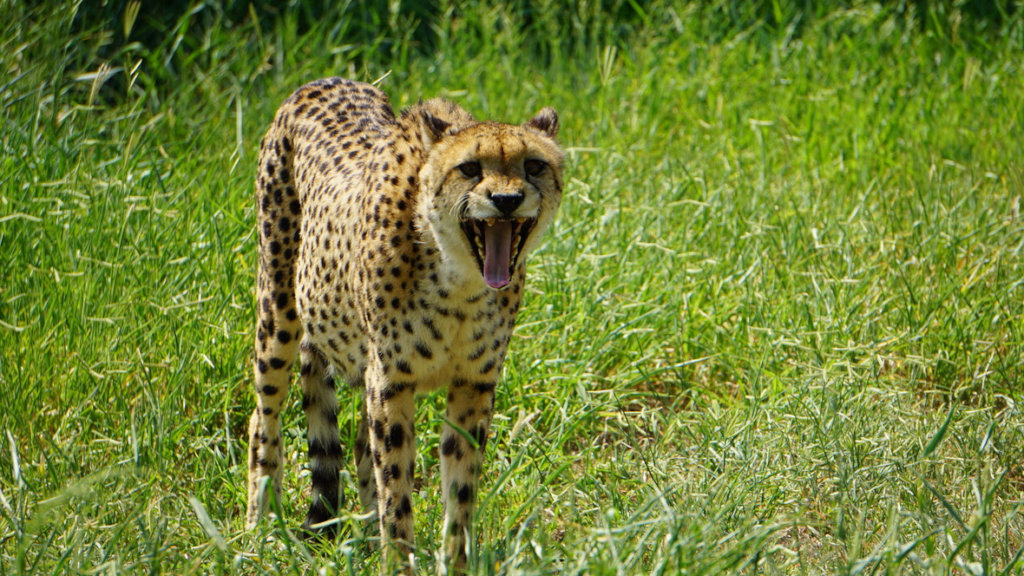 We hope you had a good start of the year and that 2020 will be a year to remember! We thought that a new year was the perfect opportunity to provide you with some new fun facts about cheetahs!

They are the only big cat in the feline family that cannot roar. Cheetahs actually make a loud purr similar to a domestic cat! However, don’t think they are as gentle as household cats and that you can just go cuddle with them!

In addition, they make a unique bird-like sound called a “chirrup” when they are excited or calling their young cubs.

They can reach a top speed of 70 mph, or 113km/h. However, while running after its prey, the cheetah is normally panting heavily from the intense chase and its body reaches a very high temperature .

Therefore, they can only keep up their top speed for a few minutes before slowing down.

We hope you learnt some new things, and stay tuned for more news about Martins soon!

By Ian and Michele Merrifield - Co-Fonders

It is time to look back at what we've have achieved with you during the year!

The 12 past months have been filled with lots of joy and challenges.

Thanks to your support, we were not alone! You were there to back us up and your trust means the world to us.

We are very proud of our impact and made a short video inviting you to the DAKTARI's vibe!

We hope it will help you to visualise better how your investment has been used.

Thank you for being a part of it, we know we owe you a lot!

Wish you lots of success and happyness in 2020. 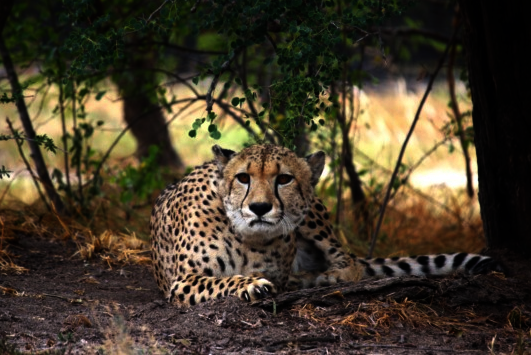 It is time to receive news from our strong and beautiful cheetah!

We are glad to inform you that Martin is still in tip-top shape and doing well.

Martin remains one of the most important animal ambassadors to DAKTARI’s environmental education program. The children love to greet him every morning on their daily dog walk. They are also always fascinated as they watch him being fed chicken (which he loves by the way!) in the afternoon.

The first rains made Martin’s enclosure turn green, making the bush thicker and easier for him to hide or just lay down in the shade during the hot days. Sometimes, spotting him under the trees while Martin is having a nap is not easy! 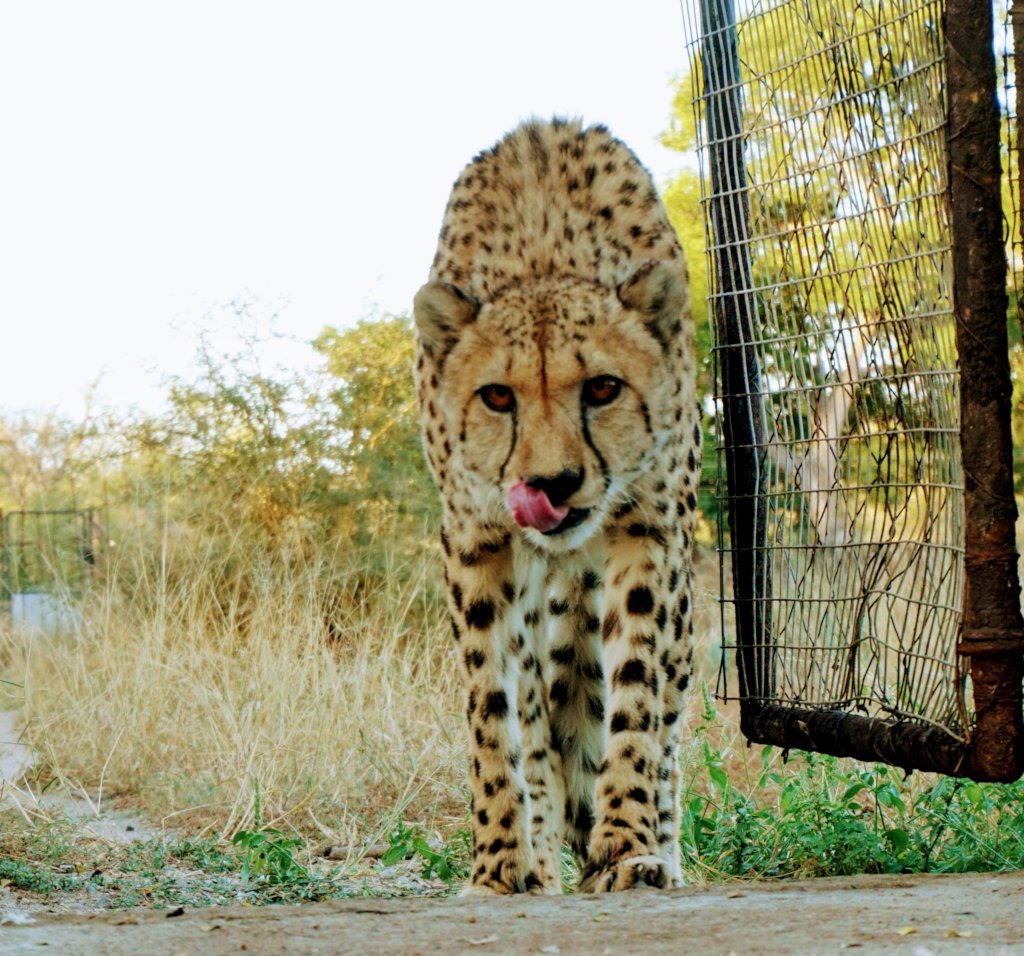 Martin our beautiful cheetah is now 14 years old and he is still in very good shape. He still acts as a great animal ambassador for our children. He quickly becomes the favourite animal of the children every week, especially when they see him at feeding time.

We are using the pulley as part of enrichment during dinner time which shows off his natural athletic side. The children love the opportunity to see what exactly a cheetah is capable of in the wild.

In the coming weeks, we will be providing more enrichment activities to his enclosure, so stay tuned!

Support another project run by DAKTARI Bush School & Wildlife Orphanage that needs your help, such as: 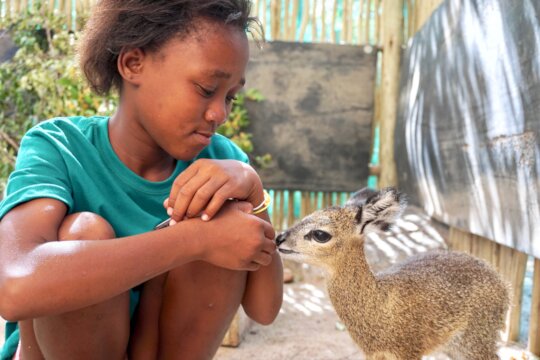 Provide Food & Care for the Wildlife Orphanage
Find a Project

GlobalGiving
Guarantee
Donate https://www.globalgiving.org/dy/cart/view/gg.html?cmd=addItem&projid=28969&rf=microdata&frequency=ONCE&amount=25
Please Note
WARNING: Javascript is currently disabled or is not available in your browser. GlobalGiving makes extensive use of Javascript and will not function properly with Javascript disabled. Please enable Javascript and refresh this page.