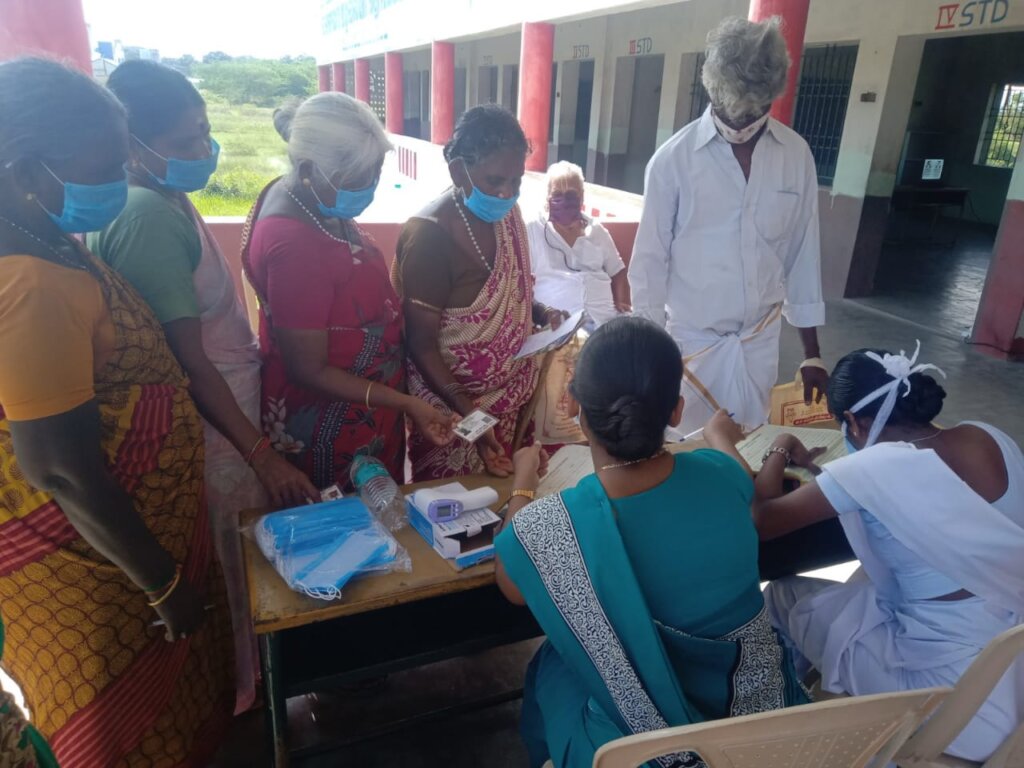 10 lakh new cases of cancer occur and 7 lakh die of various forms of cancer every year in India. In Tamilnadu, burden of cancer is predicted to increase by 32 per cent in 2016, translating to 55,000 new cancer cases per year as per a study by cancer institute. 80% of the cancer patients go to a doctor at an advanced stage and this hampers the treatment. VETNGO plans to do awareness&screening camps and referral linkages so as to facilitate early detection, timely treatment in kallakuric district.

In spite of ban by the administration, free availability of tobacco products and rampant use of tobacco in all forms both by male and female is a contributing factor for cancer. Genital hygiene,safe sex practices in rural areas are still a challenge and the cause for cervical cancer. Lack of awareness about the symptoms,causes and preventive measures of all forms of cancer is increasing incidence of cancer.There is no organized awareness, screening and treatment referrals presently.

Comprehensive prevention to care effort will only be a long term solution to this. VETNGO plans to do awareness meetings about all forms of cancer and screening camps at community level so as to facilitate early detection, referral linkages and timely medical intervention. Evidence based advocacy to reduce sale of banned tobacco products will be taken up. Capacity building of health care providers to do early diagnosis of cancer will be done to facilitate local level treatment accessibility.

Reduced access and use of tobacco products, healthy food habits, increased personal hygiene , increased awareness and information about all forms of cancer among the general population of KALLAKURICHI district which will result in reduced incidence and reduced cancer mortality. Minimum of 10 trained health care providers will be available to do early detection and timely treatment at the District.

Donating through GlobalGiving is safe, secure, and easy with many payment options to choose from. View other ways to donate
VETNGO has earned this recognition on GlobalGiving:

GlobalGiving
Guarantee
Donate https://www.globalgiving.org/dy/cart/view/gg.html?cmd=addItem&projid=55815&rf=microdata&frequency=ONCE&amount=25
Please Note
WARNING: Javascript is currently disabled or is not available in your browser. GlobalGiving makes extensive use of Javascript and will not function properly with Javascript disabled. Please enable Javascript and refresh this page.