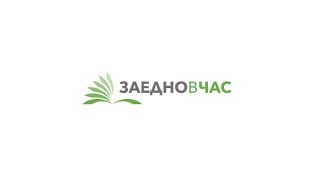 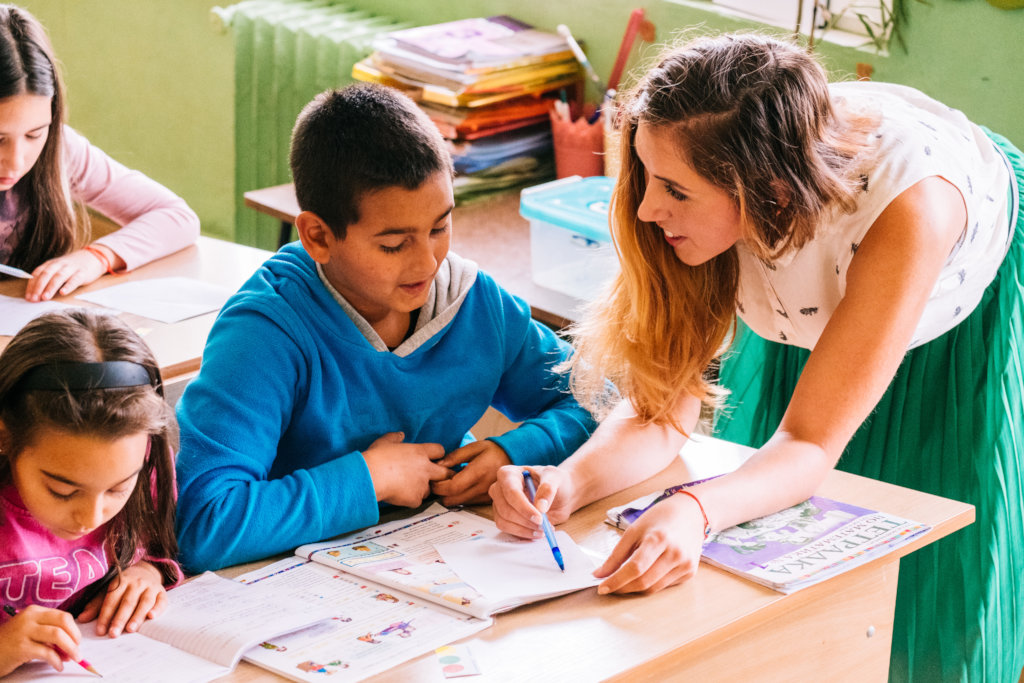 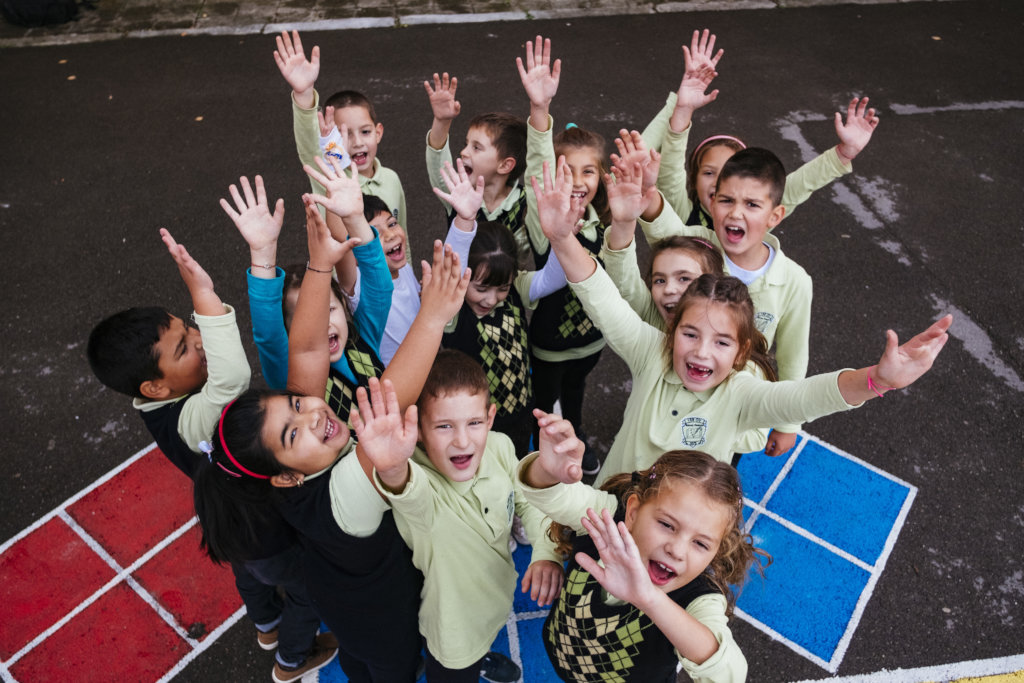 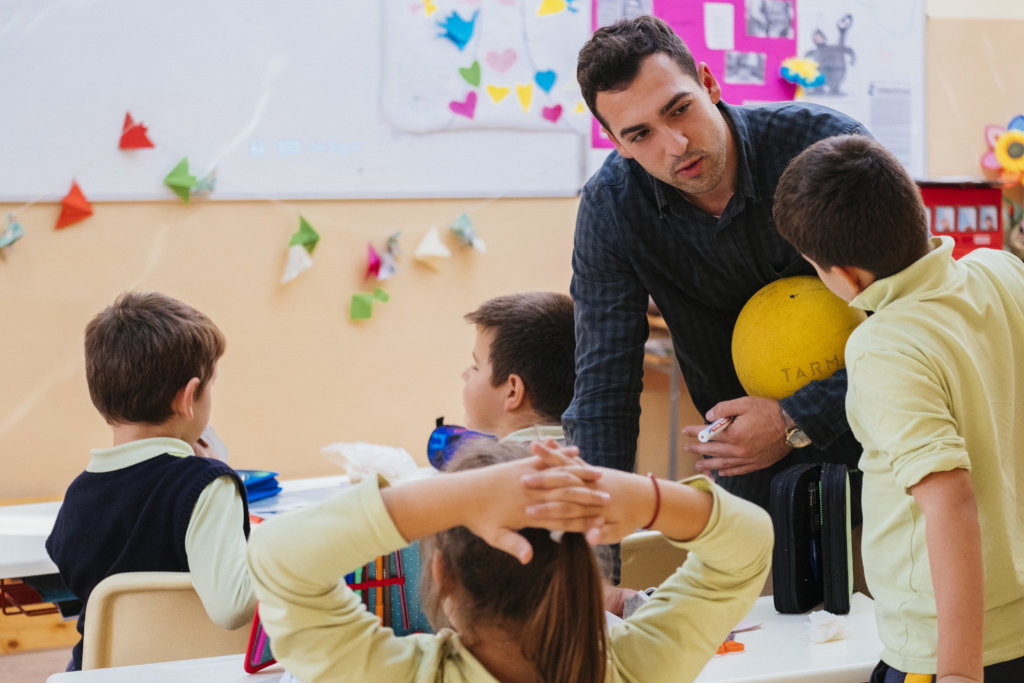 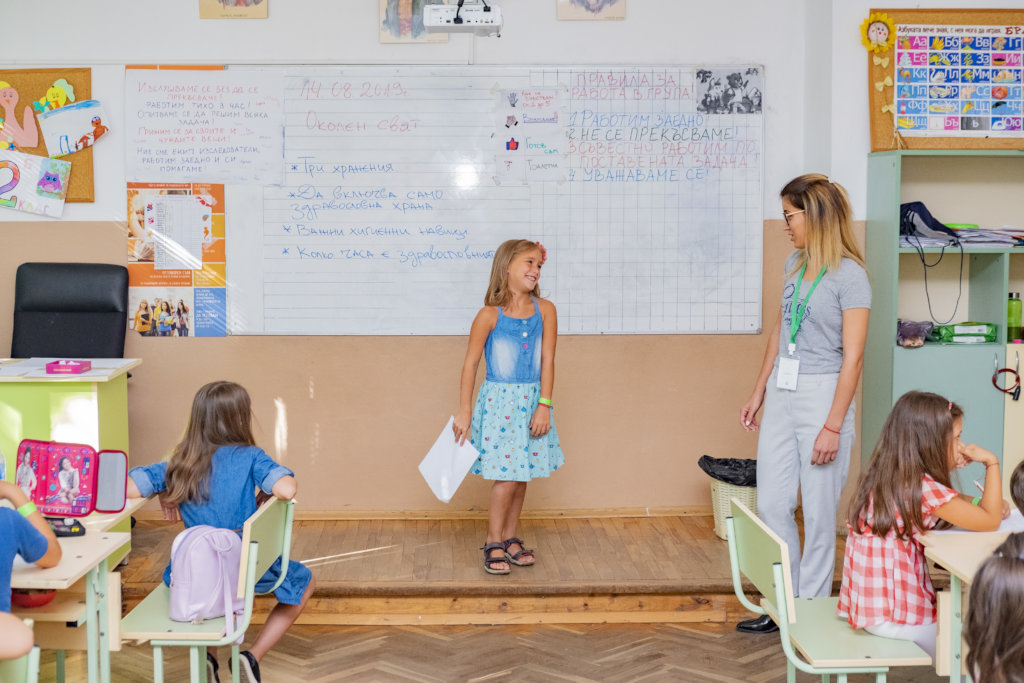 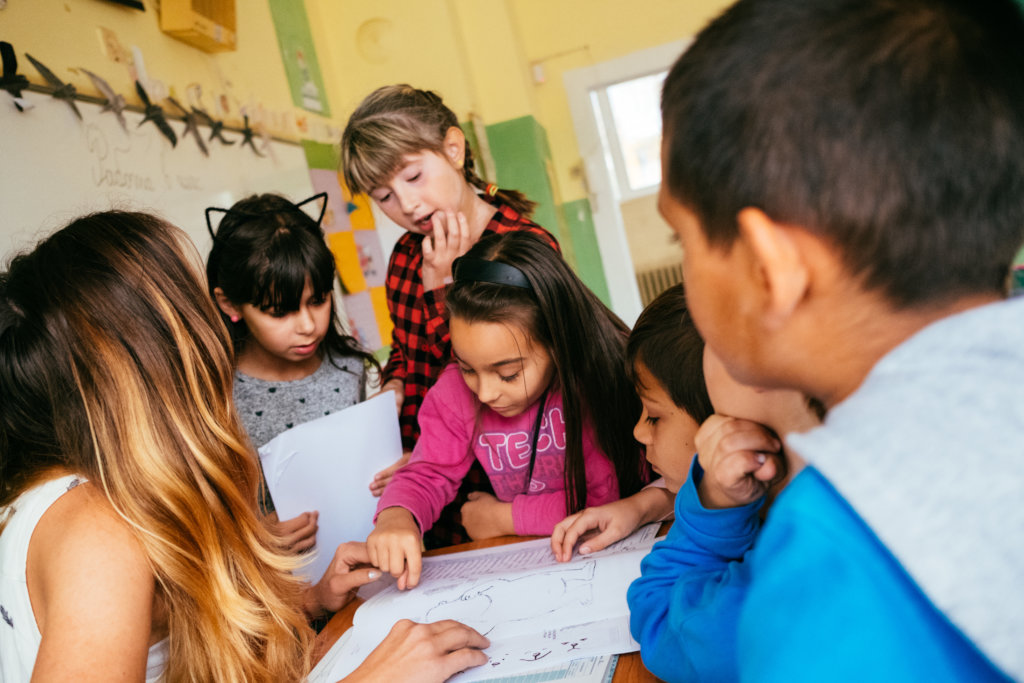 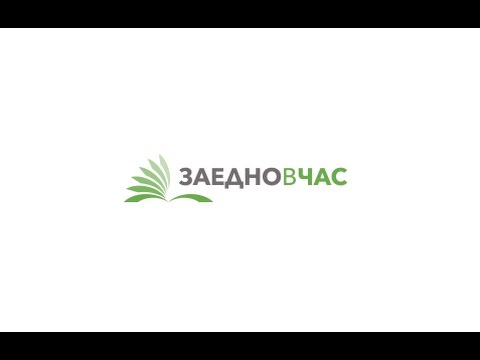 Freedom within Limits in the Classroom 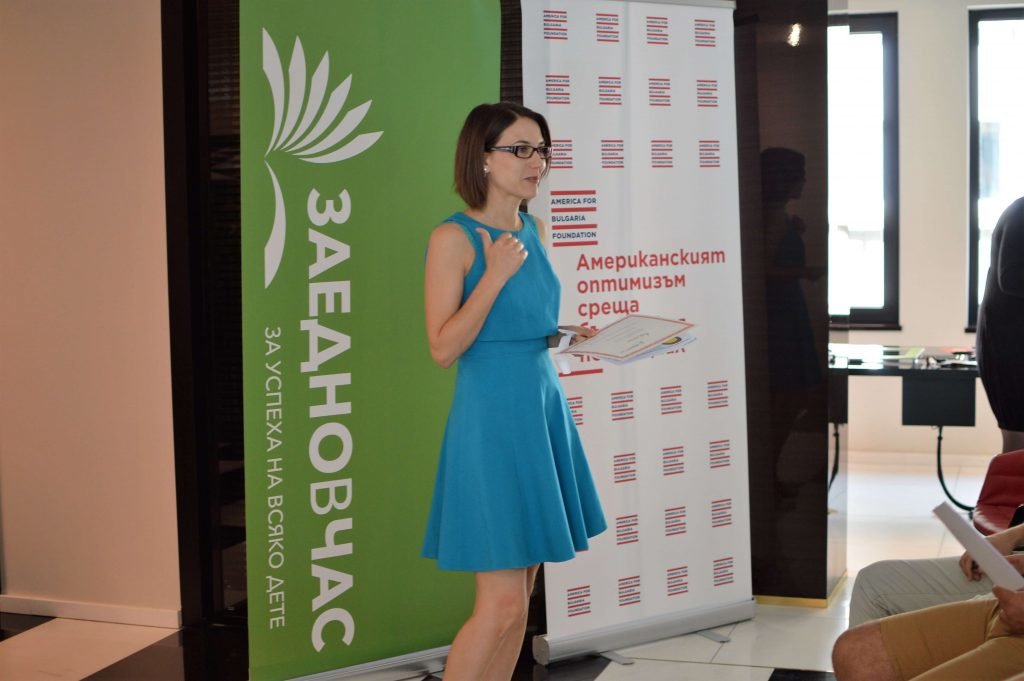 When it comes to innovations in education in Bulgaria, the village of Zheleznitsa probably wouldn’t come to mind, but right there, about 10 kilometers away from the city of Sofia, a young teacher has taken it upon herself to create the very first Montessori classroom in a Bulgarian municipal public school and to teach a mixed age class of primary school students according to the Montessori method.

This is Dilyana’s story. She has been a teacher at the local school in Zheleznitsa for four years now. Her teaching career started back in 2015 when she joined Teach For Bulgaria’s program and completed it successfully in 2017. Dilyana and her colleague Tatyana are currently laying the foundation of Montessori school education in Bulgaria. This is possible thanks to a combination of factors: the changes in the law of education which allow for innovative methods of teaching in the public classrooms, the support of Savina Ignatova – principal of the school, the parents who wanted their children to be in Dilyana’s classroom even though some of her students don’t even live in the village and travel to Zheleznitsa every single day, and many other teachers, supporters, and volunteers who are part of the Montessori community in Bulgaria.

Developed by Italian educator Montessori, the method is based on the principle of learning by doing; it relies on teachers’ scientific observations of children and gives students the freedom of choice of activities from a prescribed range of options with no time limits. An important feature of this approach is that it mainly focuses on early childhood development and is therefore most popular among several private – and recently even a few municipal – kindergartens in Bulgaria.

“Freedom of choice, freedom of movement, freedom of picking your partner or the place for your work. My students are free to pick which activity to start with, they are also free to move on to another one whenever they wish,” Dilyana says. "Freedom of choice is not the same as anarchy. Students plan out their day every morning. We also have rules which require them to do language (Bulgarian), math, reading, and science every day,” the teacher shares. This gives them structure and then they can follow their own tempo. “But it is obligatory for them to work on all subjects throughout the day,” Dilyana is adamant.

Giving students more freedom in the classroom does not mean that they are not obliged to progress according to the same educational standards as their peers. “We do midterm assessments, start of the school year tests, we follow all requirements of the Ministry of Education and Science,” Dilyana says. The difference, however, is in the approach. “We don’t say ‘OK, we’ll have a test now’, we say ‘let’s see how much progress you’ve made in order to understand what you need to work on’,” the teacher says. Based on the results she makes individual plans for all students, so they can work on their areas for improvement.“This is the main principle in our classroom – we have an individual approach to every child.” adds Diliyana.

Thank you for your continuous support! Your engagement allows more people, like Dilyana, to become inspiring teachers and educational leaders. 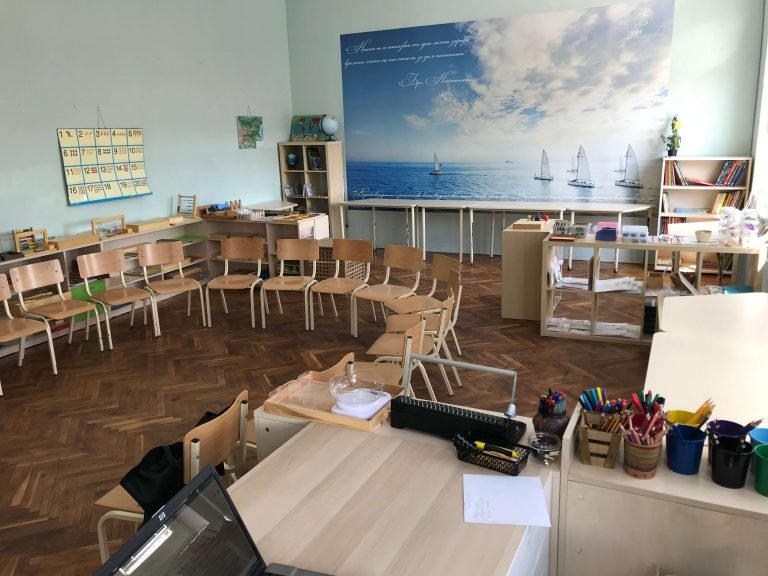 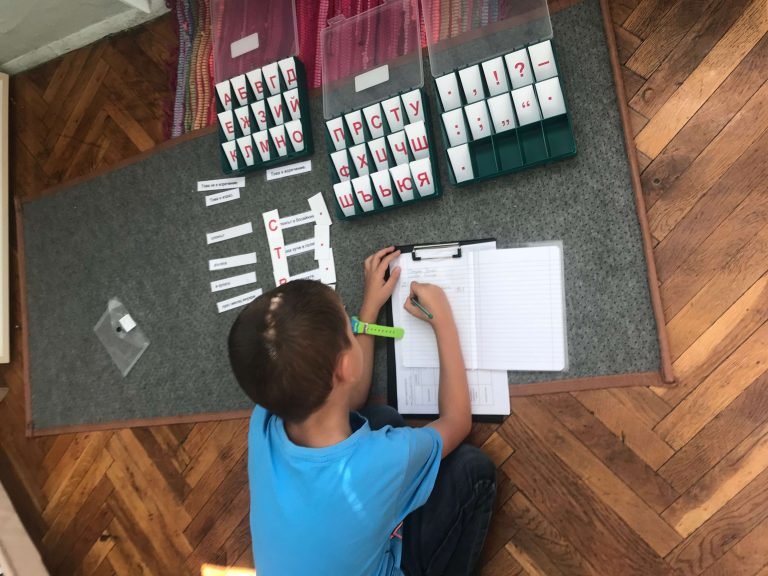 Updates from Teach For Bulgaria 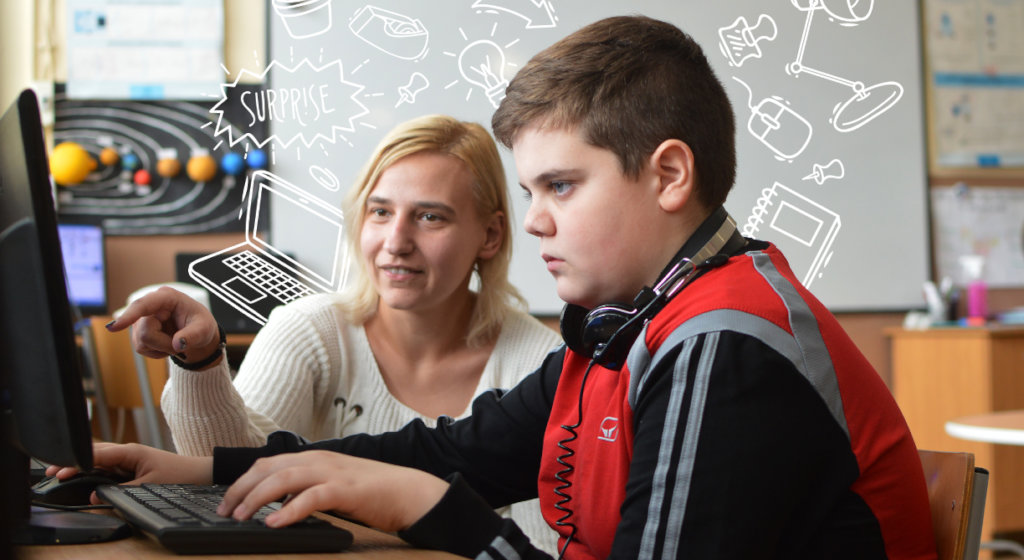 Simona and the future IT specialist.

Thank you for your continuous support during the last year! Your engagement allows us to dream about the future and for what it could be. Not only for our own future but that of every student in Bulgaria, who needs support and someone to believe in them. Support from someone, like Simona, a teacher at "Hristo Botev" secondary school in Gorna Malina and a participant in Teach For Bulgaria's leadership program:

"Since my first year as a teacher, I've realized that my students' dreams are very material and limited. I really wanted to show them that to dream for the future and what they could be one day, is one of the greatest things... Every day, I try to support them and to encourage them to embody different roles and try new things, to write about their "dream trip", or to re-enact something that has impressed them. It is essential for me that at the end of the school year my students are motivated young people, who strive for success.", shared Simona.

Thank you again for believing that people are the key to long-term change in the educational system in Bulgaria. Continue to invest in them! We need your support to achieve our goals - together, we a stronger and more powerful community!

From "Iliad" to anime - school transformation 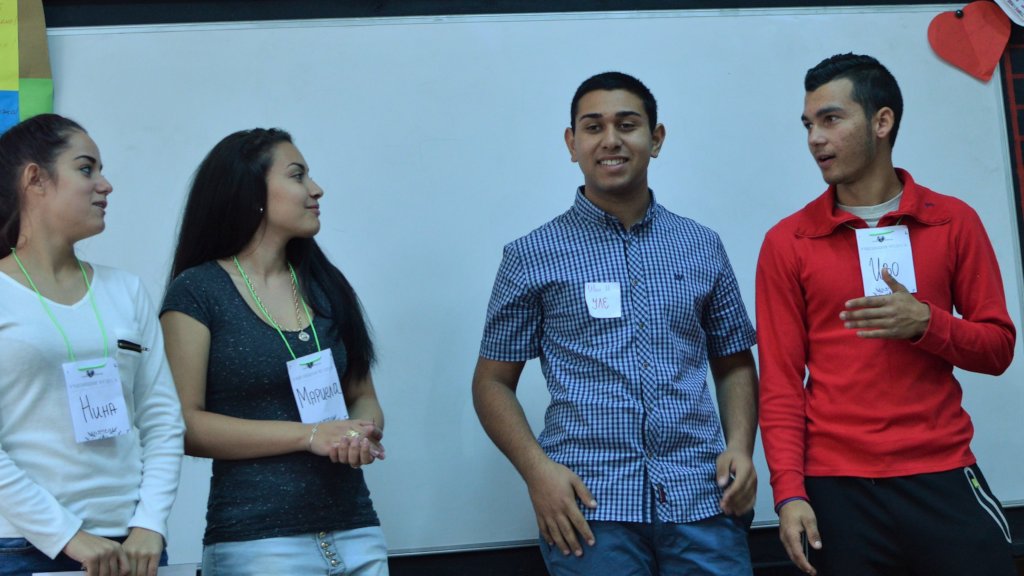 Since of the beginning of this school year, students from 11th grade at the 90 secondary school "Gen. Jose de San Martin", Sofia have their own library - in their own classroom with their own books. The idea for this library was born last year when the teacher in Bulgarian Language and Literature and teacher in Teach for Bulgaria's leadership program Vanya discussed with her students how to make their classroom even more attractive.

The transformation of the place begun quickly. With the support of students, parents, friends, volunteers, teachers, and the director, the classroom was painted with beautiful graffiti - entirely with ideas coming from the students. In order to make the place even more convenient for them and to stimulate the reading process, all the students collect and share with each other new books from a variety of genres.

"I wanted to provide my students with access to different opportunities that are close to them", shared Vanya. It is important for her to help her students feel good, to develop their reading literacy and to learn new things and expand their worldview.

The library is filled with novels, different encyclopedias, foreign language books, dictionaries ... The students recognize the library as their own, and some of their favorite activities are to compare stories from the books with their film screen adaptations. In this format, for example, they discuss "Iliad" and "Don Quixote".

Since the beginning of the school year, there has been a growing number of literature discussions between the students. Vanya encourages them to share their opinions, learn them that everyone can have different preferences (and there is nothing wrong with that), and also that everyone has something to learn from others, as Vanya has learned from her students to read ... anime.

Thank you for your engagement!

From Dermantsi to a cinema debut in Paris 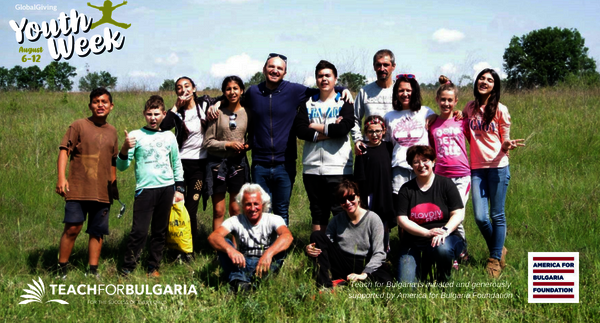 Daniel and his students

Dear supporters,With a cinema debut in Paris at the beginning of July and a festival premiere at the “Meetings of the Young European Cinema” in Sofia, Daniel and his students from Elementary school “Neofit Riliski”, Dermantsi presented their first short film “9+1”. The film was created in 2018, as part of an initiative of Cinémathèque Française - “Cinema, a hundred years of youth”. The students worked on this project for a whole school year with the support of their English teacher Daniel, participant in the Teach for Bulgaria leadership program. The two premieres were very well received by the audience and were extremely emotional as they marked the culmination of lots of hard work and learning through different cinema tools and experiences.

"This initiative allowed the students to find new talents and interests. These children have almost no access to arts. During the work process, they gained a deeper understanding of their creative, emotional and artistic talents which are a window to their personal self-awareness and self-development.", says Daniel.

Thank you for your engagement with our cause. Your commitment allows more people, like Daniel, to become inspiring teachers and leaders. With your support, we help more children to have an equal access to quality education. Please consider becoming our recurring donor now and your support could be even more valuable. Every new recurring donation during GlobalGiving’s 2018 Youth week campaign, August 6-12th will be matched! Join our group of recurring donors now, and your yearly donation will be double-matched by our generous supporter Bogomil Balkansky. 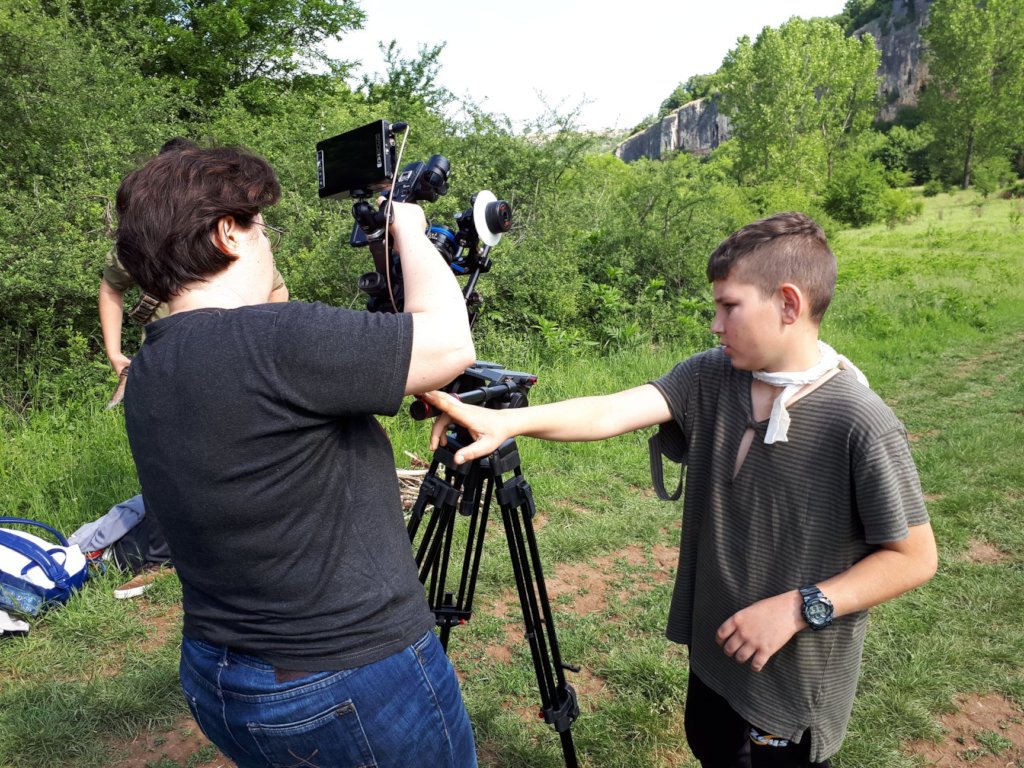 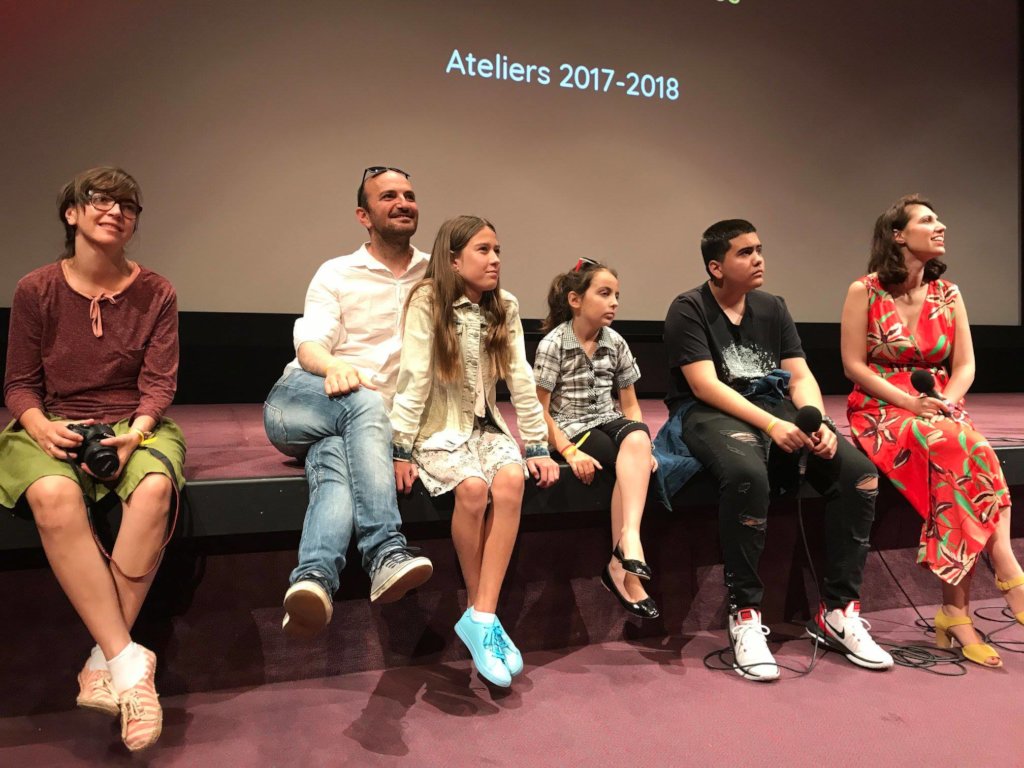 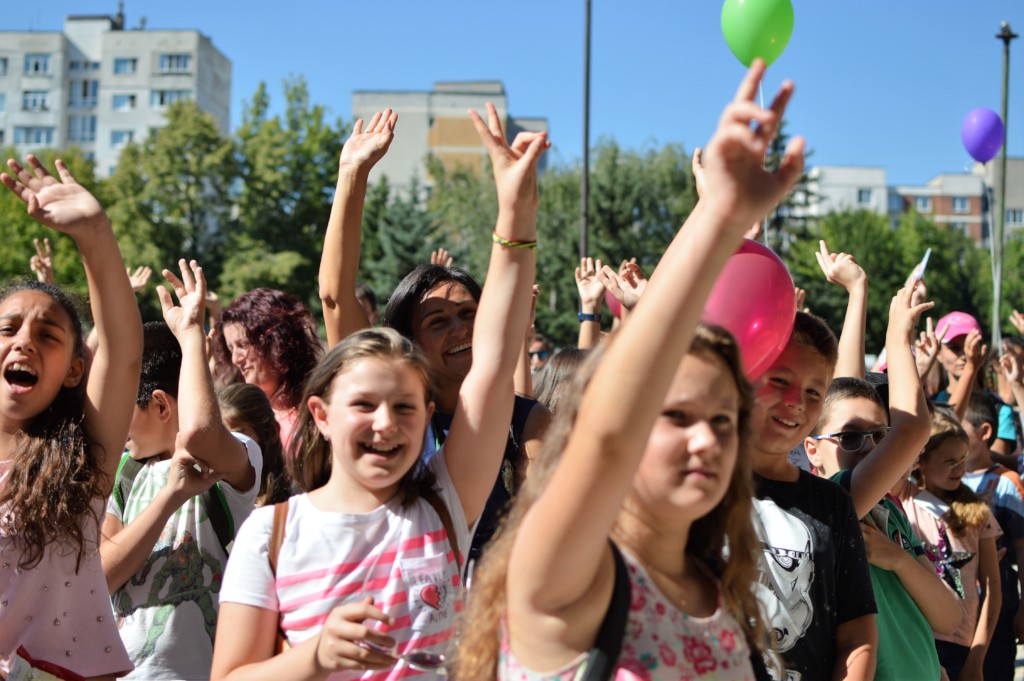 We're thrilled to kick off the 8th annual Summer Academy in just a couple of weeks, on July 30th! Thanks to your generosity and engagement, we've been able to provide free access to the academy for children from grades 1-12. This year we will again welcome students in Lyulin and Mladost - two of Sofia's biggest neighborhoods. We expect more than 950 students and many of them would be part of the academy for second or third year. In this regard I would like to share with you some of the things which Nedelina /mother of a child which was part of the academy last year/ said:

"I want to share some of the things that my child have learned during the academy. The first time my daughter took part in the academy was 2 years ago. She was in 5th grade and geography was (and still is) her favorite subject. There was a child with disabilities in her class and the teacher instructed my daughter how she could be in help with the lessons. The results were unbelievable. The child improved its knowledge and my daughter was provoked to be interested in problems of the children with disabilities.

Another great benefit for my daughter was in history lessons - in general she doesn't like them. But now this is changed. The teacher from TFB program used methods that changed her attitude to the subject and she decided to participate in a history contest. She wanted to see how her changed attitude reflected in her knowledge. That's why I admire everything that TFB teachers and the entire TFB team do!”

With your support we help more children to have an equal access to quality education and more of our participants to do their best. 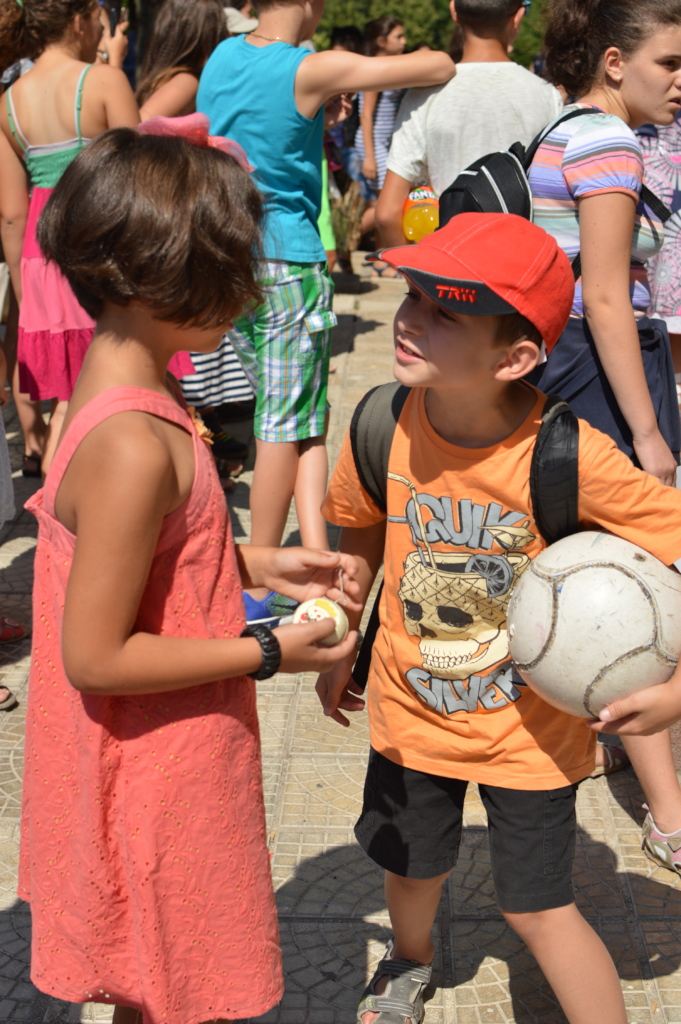