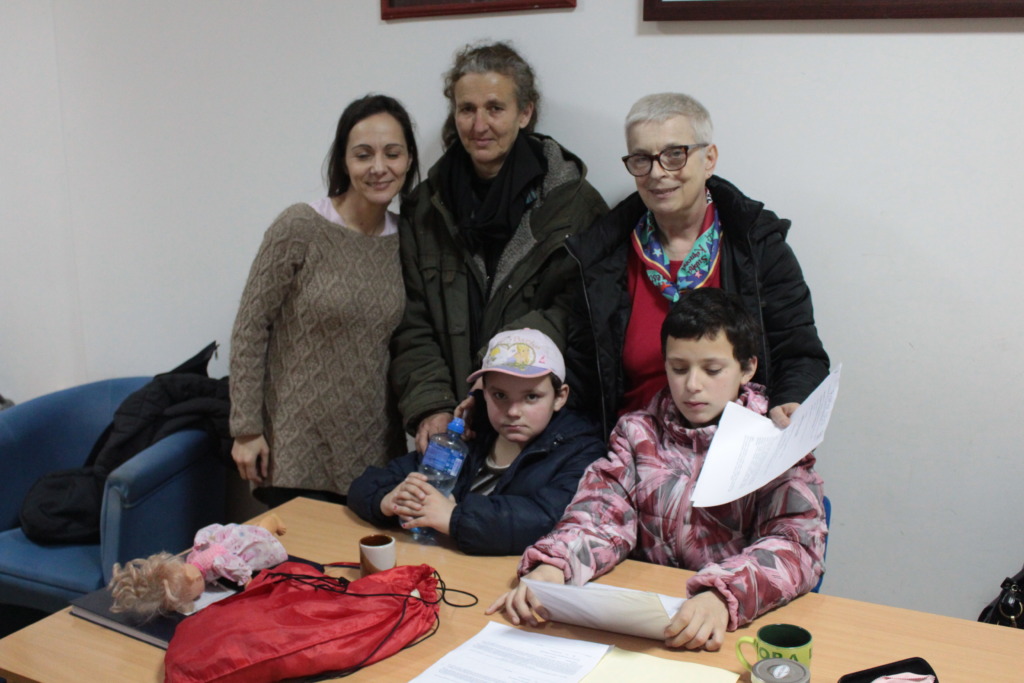 Olivera at the Scholarship Contract Signing

The temperatures in January 2017 went down to -17 Degrees on the Celzius scale (1.4 on Fahrenheit scale) during the nights. Little Olivera M, second grade pupil, had been absent from school for several days when the sad news reached her teacher: Olivera’s father suddenly died one night. When the teacher went to visit Olivera’s family, a day after the news had reached the school, the scene she found was heart-breaking. In the wider centre of Belgrade, the family lived in a makeshift cardboard “house”. She saw starved and half-frozen mother and three children. Since they had no wood to use for heating, father had been collecting garbage from the containers and putting it on fire in one “room”. On that particular night, he had nothing more to put on fire, so he asked all the children to get in the bed with their mother and he went to the front part of the “house”. He froze to death in his sleep.

"Nobody deserves such a life,” were the first thoughts Olivera’s teacher Jelena had and then she went public with the story of the poor family. She immediately launched a campaign on social networks to help Olivera’s family. Her classmates immediately started collecting warm clothes, shoes and food, and ordinary citizens started donating money for emergency needs of the family.

Olivera's parents fled Kosovo on 1999. Her father Nebojsa had worked as a miner at Trepca coal mine for about 20 years before fleeing Kosovo. When they reached Serbia, he and his wife were in a refugee camp at first, and then they came to Belgrade, where Nebojsa found a job in a private company. Children were born. Olivera’s mother is deaf and could never get a job. They all lived on the father’s salary. When Nebojša lost his job, very difficult days started to roll on. Day after day, they barely managed to have enough food to feed the children and finally, Nebojsa lost his life trying to help the family stay slightly less cold on that freezing night in January.

We at Pomoc deci went to school, met Olivera, her sister and mother, talked to the teacher and with YOUR donations managed to secure one scholarship – for Olivera. The school secured free meals for all three children. A few weeks later, Olivera’s teacher Jelena received another phone call: a woman who had been a refugee herself was offering her flat to Olivera’s family for free use.

Four months later, Olivera, who is now ten years old, her elder sister Jovana (12) and brother Jovan (15), are finally all smiles. They look healthy and are dressed properly.They receive a small amount as family pension and the stipend for Olivera, from us which you made possible!

“When we moved into a new apartment, my Mom made us a cake!” says Olivera with the broadest possible smile on her face. And her sister Jovana jumps in: “You see, she has a little fat belly now, she eats all the time, she never stops eating!”.

“Olivera is good and loving, wonderful child who tries her best. She has bad hearing and that problem has prevented her from advancing as much as other students in the class, but she will soon finally get a hearing aid. Special education teacher will also help her. But there is a lot more to be done for this family to have a normal life”, says teacher Jelena.

Please, continue helping us in our efforts to help the most needy children from former refugees in Serbia. Every donation allows us to make a huge difference in the lives of these children. Sometimes YOUR donation literally saves a life! 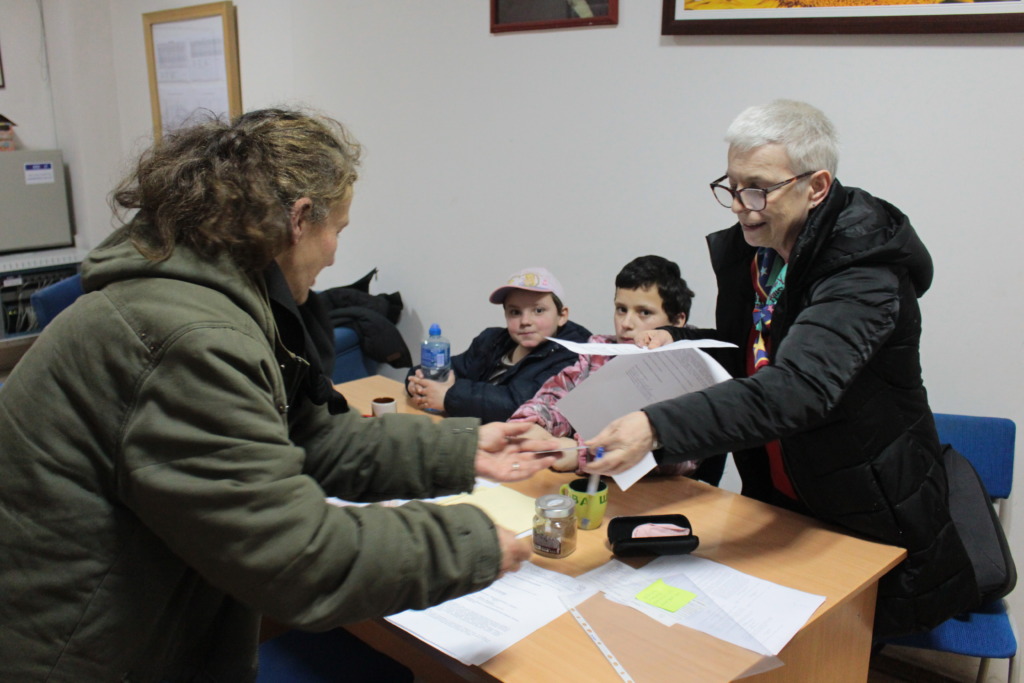 Olivera, her sister and Mom receive the contract