With the gift of textbooks, Obrad can study and learn! 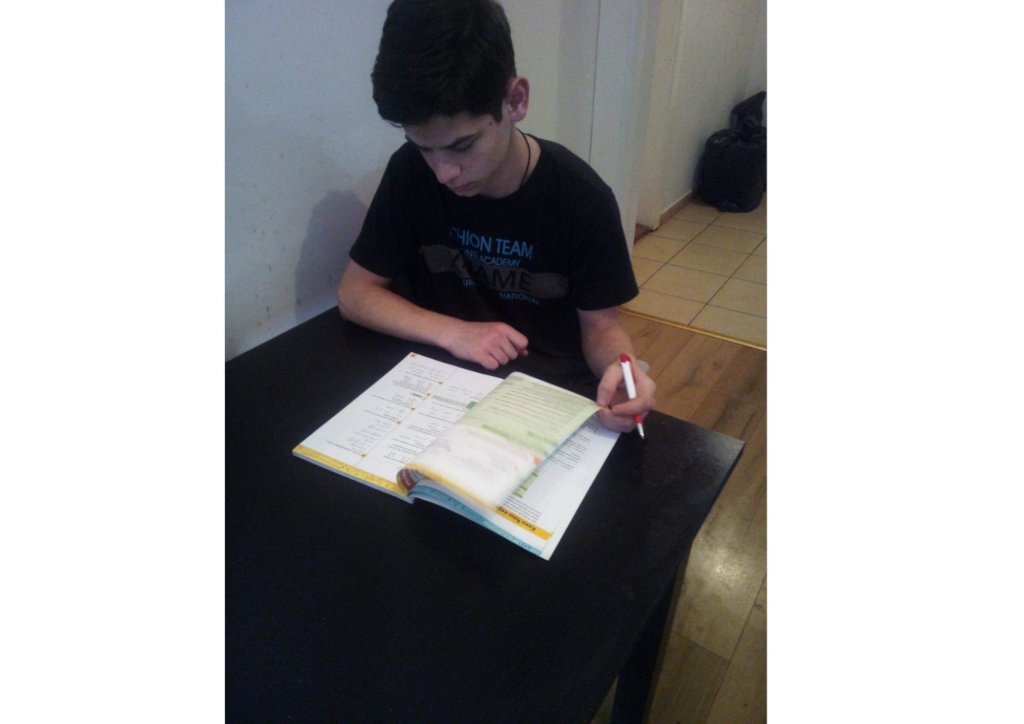 One year ago, the World Health Organization (WHO) declared COVID-19 a pandemic. In the following months, coronavirus impacted each of us more than we could have imagined. Some more than others.

For internally displaced persons living in Serbia, the pandemic has only made their lives harder. Families that rely on benefits, childcare allowances and part-time jobs to make ends meet, saw their income shrink immensely. For families that can barely make ends meet, making sure that their kids are fed is a challenge on their own. Thanks to your generosity, over the past year,  Pomoc Deci was able to continue providing vital support to children and their families.

This is a story about Obrad. The family was displaced from Kosovo and have been living in shelters for a while until they finally were able to move-in to an apartment some six years ago. Since then, it has been an uphill battle for the family. The dad is a single father, who until recently was raising three children on his own. (the daughter had moved out after getting married) Most of the family’s income comes from social benefits and a childcare allowance, with an occasional shift or two that his dad is able to pick up. This helps them get by, Obrad’s father says, but just barely. Without the generosity of people, Pomoc Deci would not have been able to give Obrad textbooks and a daily lunch in school. And without this support, Obrad’s father says, the family would not be able to get through the month and would have to make sacrifices. Getting food or paying the electric bill? Textbooks or logs for the fire to keep them warm?

Obrad is in 7th grade now. While the pandemic has made it difficult for him to make friends and stay active, it hasn’t dampened his dreams of succeeding in school. His favorite subject is math and he says that he can’t wait to go to high school and learn more advanced concepts and formulas. Thanks to the textbooks he has received from Pomoc Deci, he can actually study this year. Since classes are held both online and in-person, his dad says that they do not know what they would have done if Obrad did not have his textbooks.

We know that this year has been difficult for us all—but if you’re able to give, you’ll help us tackle food insecurity in some of the most vulnerable families across Serbia. When you donate today, GlobalGiving will match your donation of up to $50 at 50% for their Little by Little campaign.* For as little as $0.4 a day, you can help make sure that one less child goes to bed hungry.