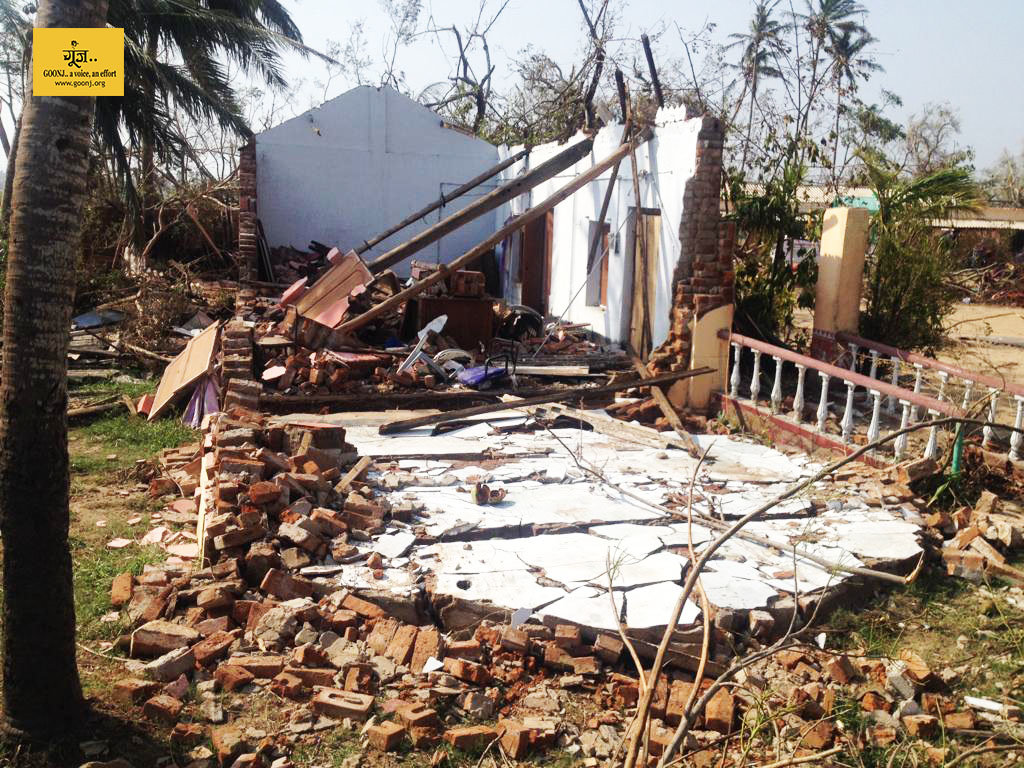 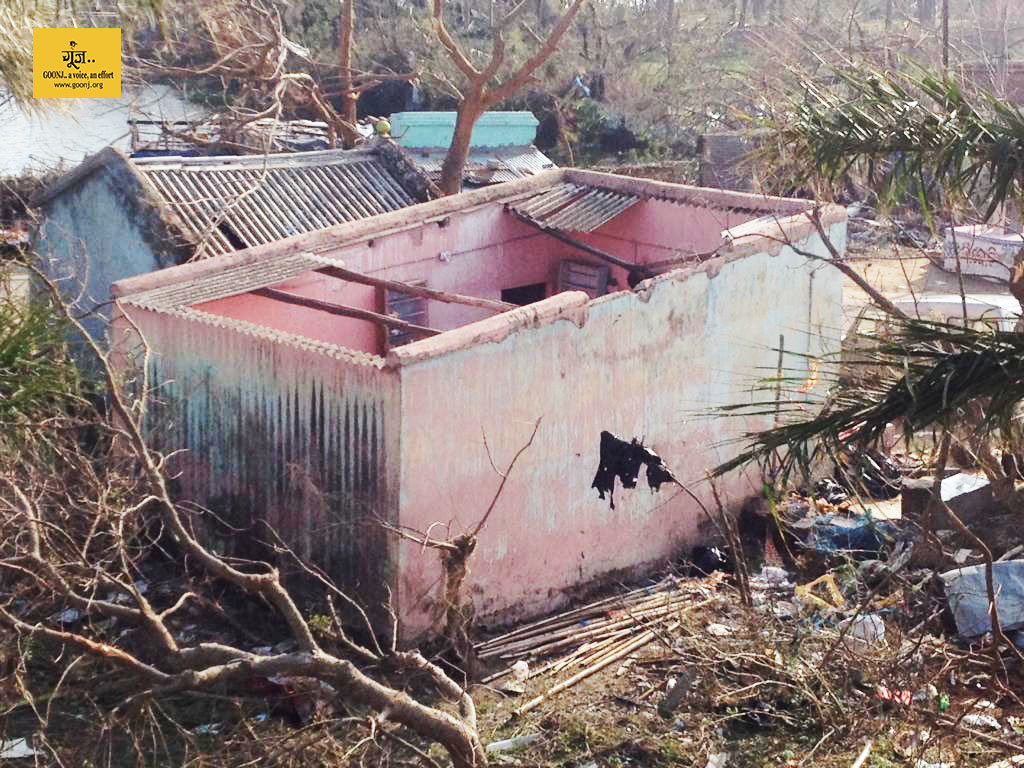 Severe Cyclonic storm Fani has devastated East Indian coastal regions of Odisha, Andhra Pradesh, Tamil Nadu and West Bengal. Over 11 lakh people have already been evacuated and 800+ shelter homes have been set up in 15 districts (As on 3rd May, 2019, NDTV). The impact of the cyclone is likely to be much more than 1999 super cyclone which was considered as the deadliest one!

The cyclonic storm has left trail of destruction in Puri district (Odisha) and is likely to affect 10,000 villages and 52 Towns in the state. Being one of the poorest Indian states, recurring disaster is not only an economic strain but will severely impact those who have not yet recovered the loss of Cylone Titli that hit the state 7 months ago. Their resources are limited and the frequent disaster will further derail their economic backwardness

Our local team will assess the affected field, gauge the devastation and will coordinate for relief campaigns in urban hubs. Goonj under it's "Rahat Cylone" initiative, will reach out affected people with dignified relief. Network of partners, contributors, stakeholders and masses will be activated for relief operations. Our biggest need is covering huge operational cost and to purchase urgent bulk items like tarpaulins, dry ration, blankets, solar lanterns & tool kits.

With the large pipeline of networks, Goonj is able to reach out to affected areas at the earliest with cost effective means. Through the long term rehabilitation program, affected people will be encouraged to repair damaged infrastructures, revive water bodies, and undertake massive sanitation drives post disaster. Affected people are NOT victims but considered equal stakeholders and are encouraged to find their own resolution for which they are rewarded comprehensive "Relief Kits".

GlobalGiving
Guarantee
Donate https://www.globalgiving.org/dy/cart/view/gg.html?cmd=addItem&projid=39951&rf=microdata&frequency=ONCE&amount=25
Please Note
WARNING: Javascript is currently disabled or is not available in your browser. GlobalGiving makes extensive use of Javascript and will not function properly with Javascript disabled. Please enable Javascript and refresh this page.