Support a child in refuge 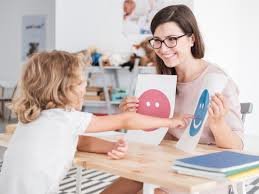 We support children who stay with us in both safe houses. Our children's service focuses on therapeutic support and play alongside group play work. We aim to undo the harm caused by experiencing DA and help children understand that the abuse was not their fault

Imogen* is 8 years old. When she arrived in our safe house, she was anxious and had low self- esteem. Imogen's mother was also concerned about her well- being as she was displaying physical symptoms which were diagnosed as stress by the GP. Imogen was also wetting the bed at night and she had told her mum that people would be happier if she 'wasn't here'.

During her time with us Imogen would talk about some of the things that made her sad. She struggled with friendships and would worry about what other people thought of her. Imogen also expressed her difficult feelings about her dad. Imogen began to gain confidence and assurance Imogen is feeling a lot happier. She is talking to her mum more about how she feels and is able to tell people, "my opinion matters"'

Through therapeutic play children can learn that the Domestic Abuse was not their fault. Through play and talking they can start to feel less isolated. Donating through GlobalGiving is safe, secure, and easy with many payment options to choose from. View other ways to donate
yourSanctuary has earned this recognition on GlobalGiving:

GlobalGiving
Guarantee
Donate https://www.globalgiving.org/dy/cart/view/gg.html?cmd=addItem&projid=50791&rf=microdata&frequency=ONCE&amount=25
Please Note
WARNING: Javascript is currently disabled or is not available in your browser. GlobalGiving makes extensive use of Javascript and will not function properly with Javascript disabled. Please enable Javascript and refresh this page.