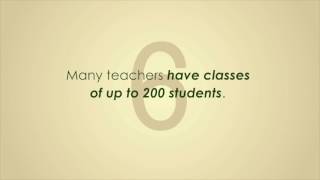 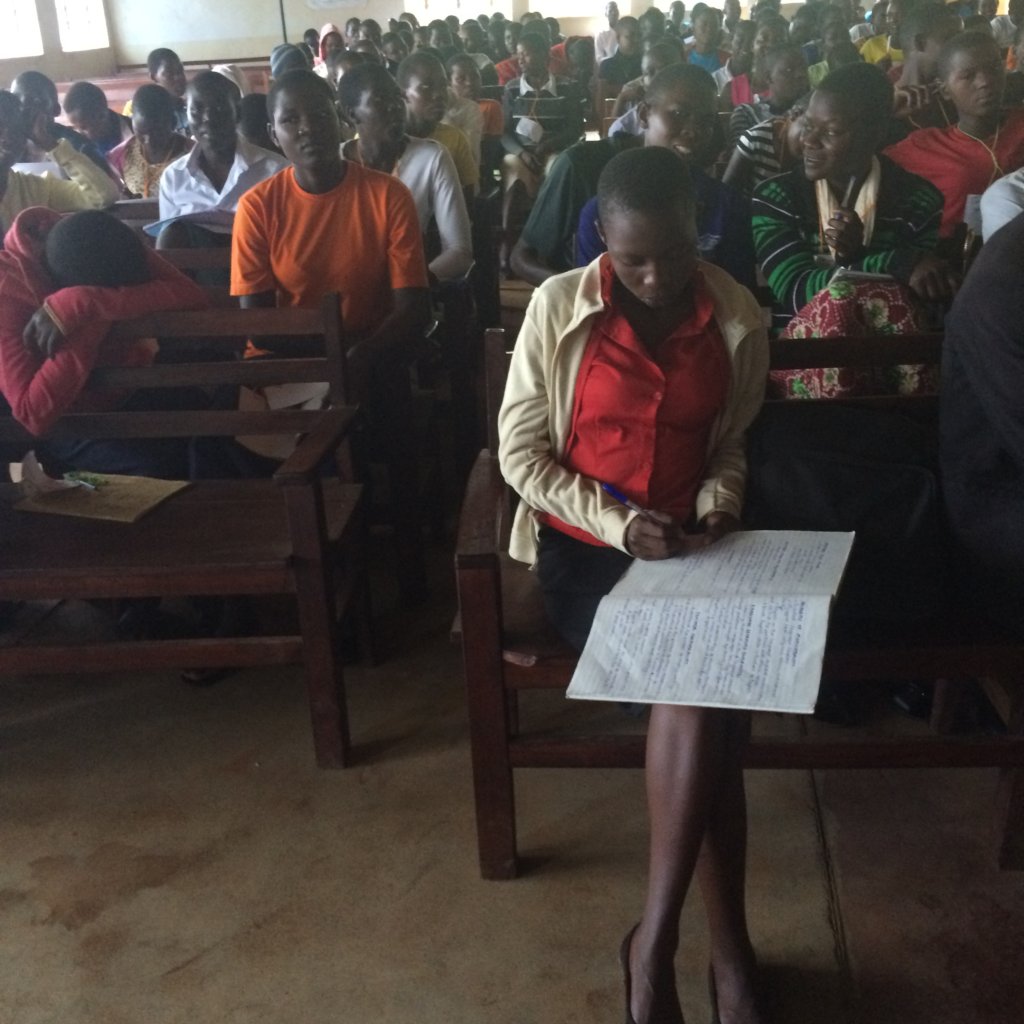 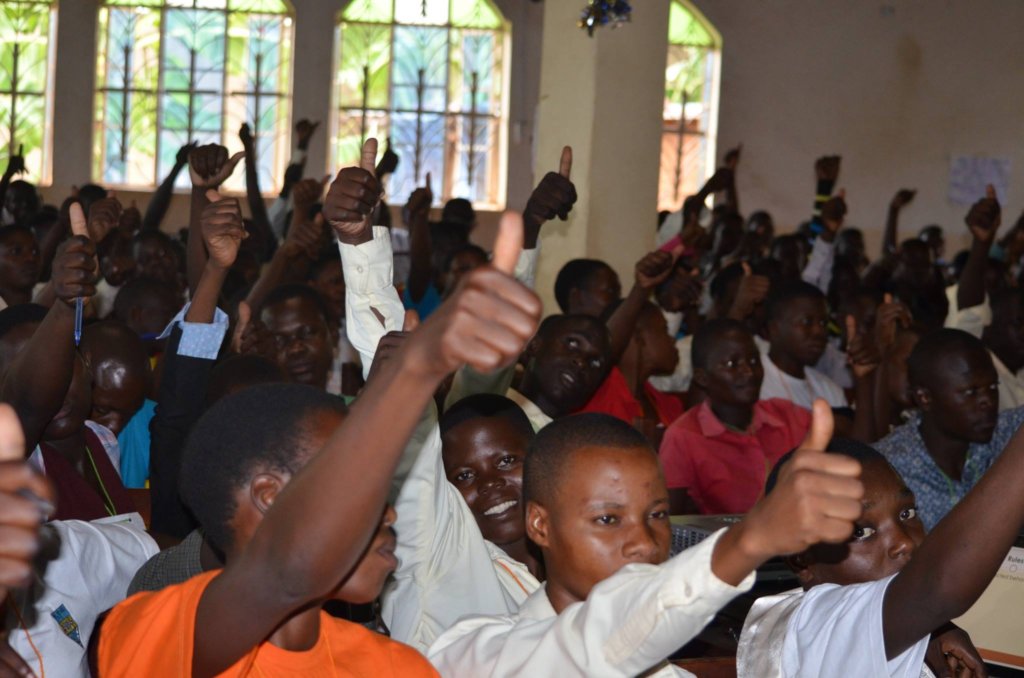 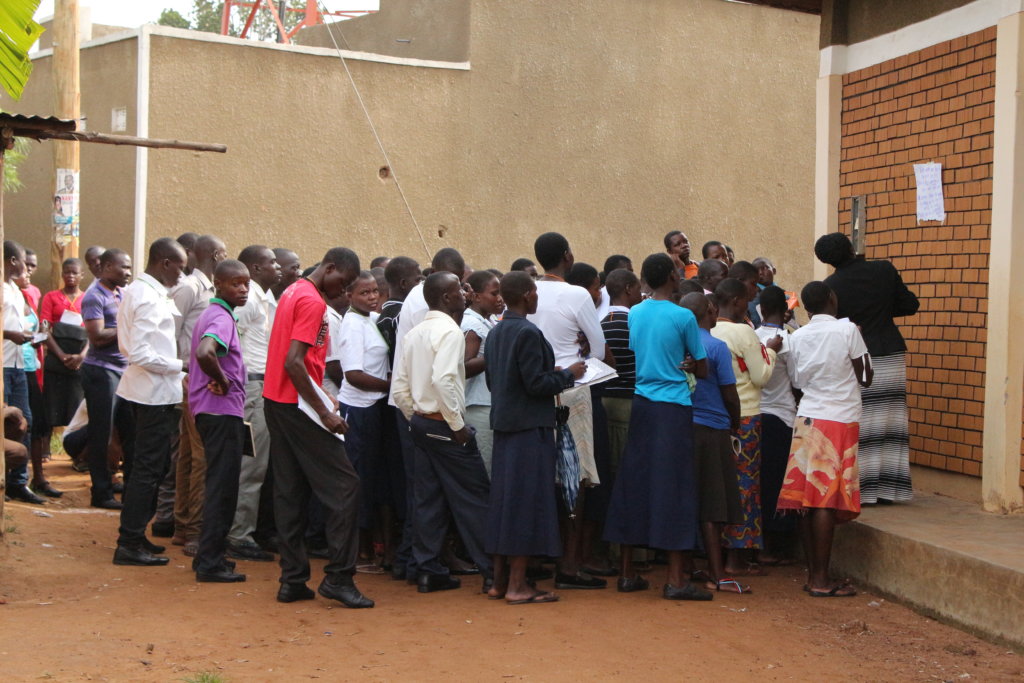 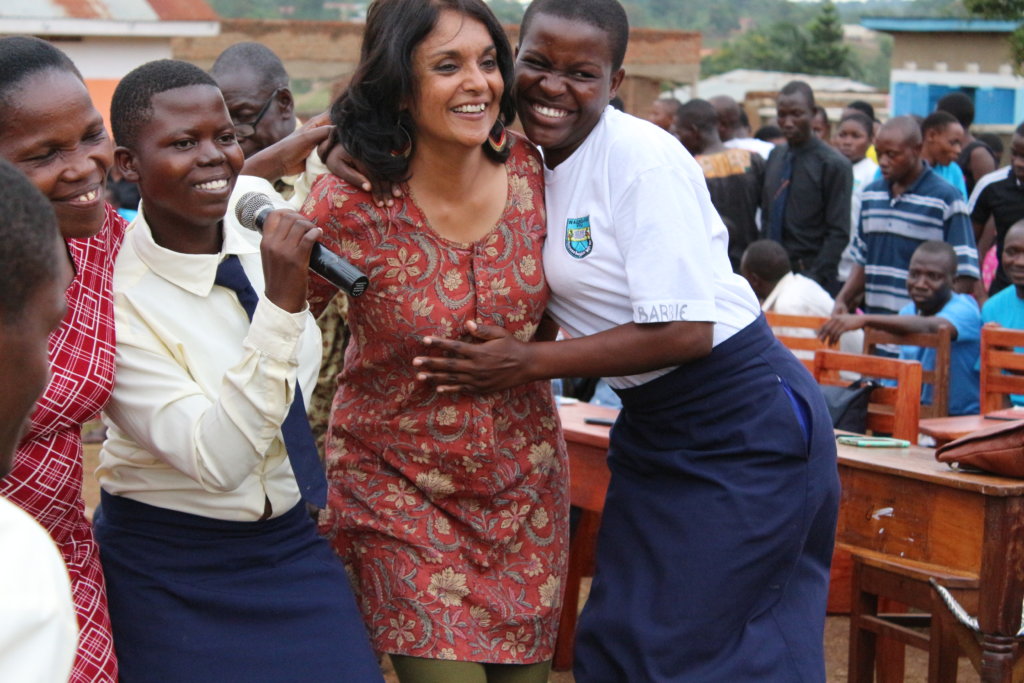 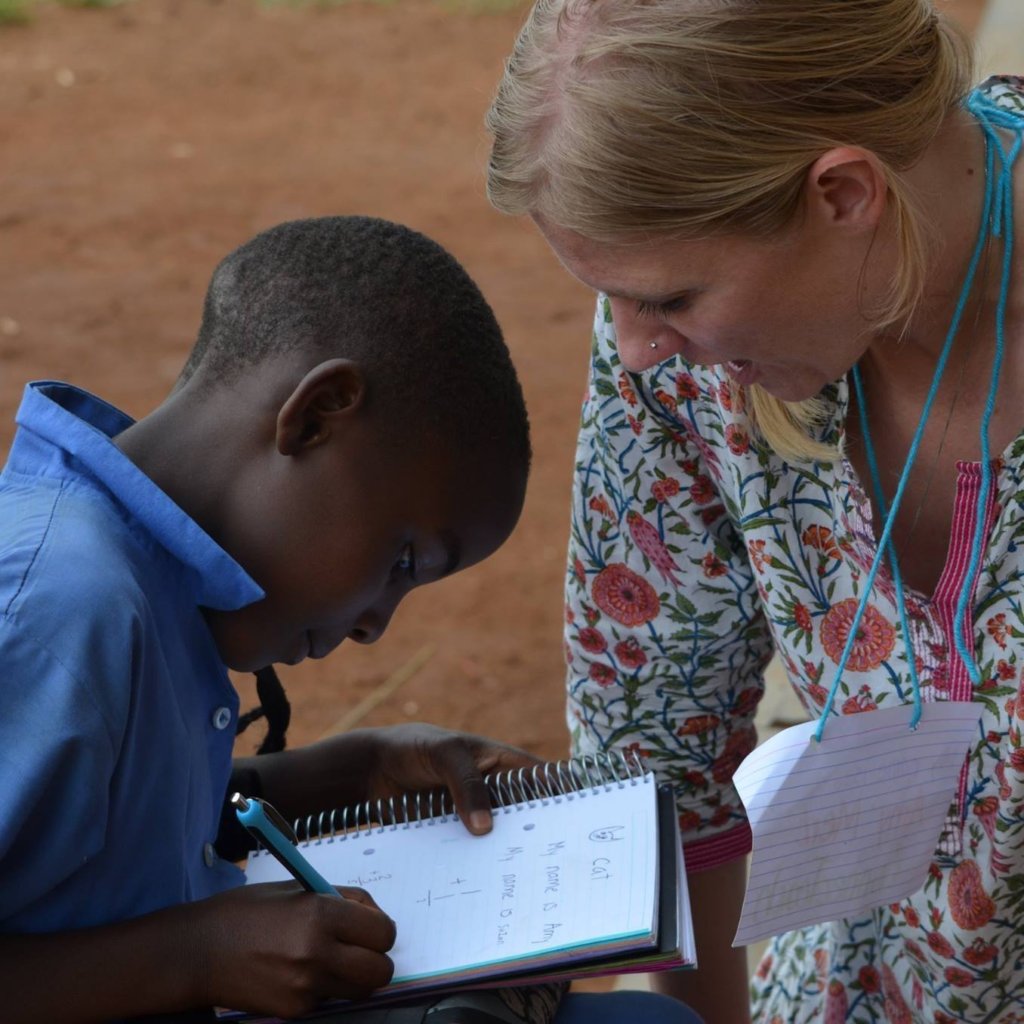 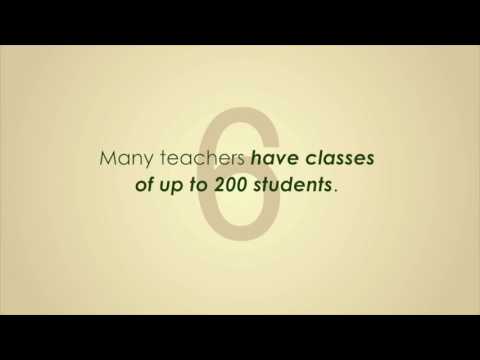 As the title of thie report suggests, education cannot wait nor should it. But the harsh reality is that it does, often when politics gets in the way, as it has for our Uganda project. RIght now, our in-country partner in Uganda has been running for political office in Iganga district, where our project is located. Winning a parliamentary seat in Iganga has the potential for huge impact. Our partner is as committed to building leadership capacity among both teachers and students as we are, so that they can become advocates for change in their own communities. Quality education cannot be realized unless the barriers to education are also addressed. Although Rachel Magoola has won the primaries, the voting date has been steadily pushed back and indefinitely postponed. That said, we are waiting anxiously to get the ball rolling!  We ask for your continued support and we thank you for joining us in this journey to help us realize the power of education in Uganda.

By Bhavani Parpia and Dhara Naik - Founder, ConnecTeach and Volunteer

Our work in Uganda is progressing slowly but steadily! We worked with the teachers and school leaders to create a community survey to help us identify some of the prevalent issues in their communities that remain barriers to education, primarily for girls. The charts in the attached link:

http://www.surveymonkey.com/stories/SM-M3BZ99B/ demonstrate that these communities identify child marriage and school dropouts as the primary barriers for their girls. There is a significant correlation between these problems as they contribute to the growth of one another. For example, child marriage arranged by family members, due to economic hardships, may require the student to drop out of school. Consequently, early marriage can cause an immature couple to approach finances irresponsibly, resulting in themselves or future children being unable to afford an education. It is important to recognize that contributors to the survey are conscious that the frequency of dropping out disproportionately affects female students and that most disagree with the concept of child marriage. Lastly, we can see that a majority believe that community leaders are not addressing the issues, which they recognize as important and prevalent. So, if the community leaders are not addressing these issues, it falls upon the teachers, as advocates and changemakers, to do so. And they can do this with our help, with your help. We hope that you will continue to support our work in these school communities, and we thank you for your support! 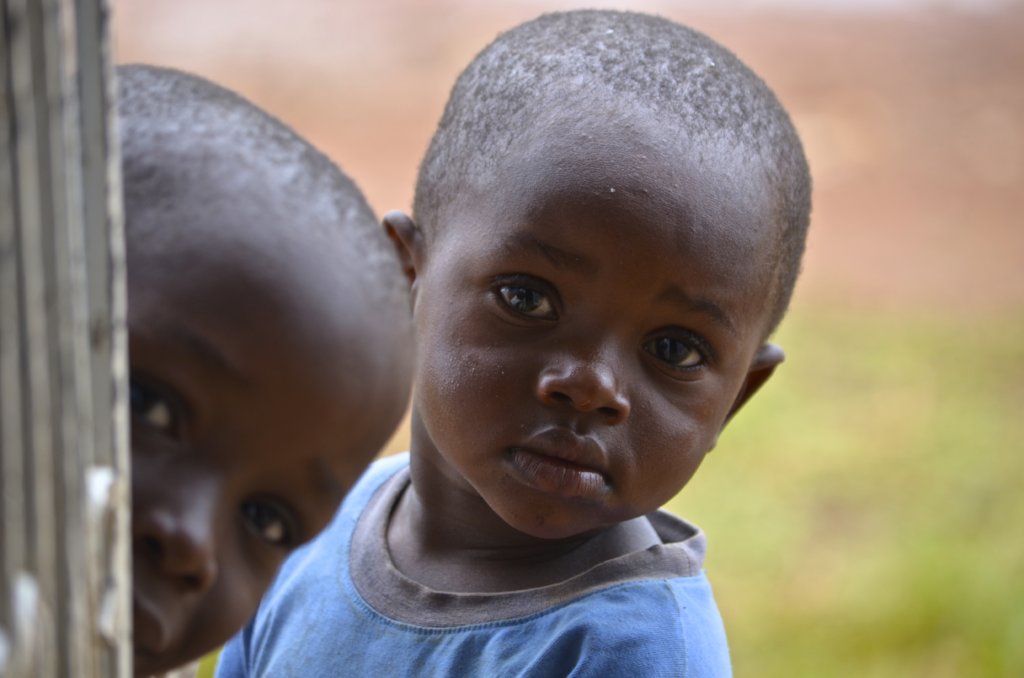 Connecteach’s parternship with the schools in Iganga district, Uganda continues to provide critical information on the barriers to education within their communities. Over the past couple of months, these teachers have been working hard to collect data for a survey that they created with our guidance, which they hope will give them a better perspective on these barriers. This survey seeks information on employment, the status of education, marriage, domestic violence, child abuse, drug and alcohol abuse, environmental issues, and other societal problems. Through this survey, we have learned two of the biggest problems affecting these areas: child marriage and school dropout among females. Although these two problems seem very big and tough to address, these teachers have taken the first steps in leading their communities’ development toward an impactful education system. To help with this process, we would like to highlight how these two issues can become roadblocks to education and how the support of education can eradicate them.

To begin, child marriage is not only an issue in terms of education, but also acts as a healthcare and societal problem. Through this survey, it seems that child marriage is a reaction to economic difficulties, however, child marriage does nothing to lessen these worries. Child marriage leads to the students dropping out of school against their will, without the knowledge or skills of how to maintain a household, how to work to support themselves financially, or ability to create a fulfilling life, leaving these children to have a more difficult time in managing their economic situations. Child marriage can also lead to pregnancy in young girls, whose bodies are not yet developed enough to have children, causing health problems in the young mother and in the child. In addition, with the developing minds of these young parents, it is unreasonable to expect them to raise children who can mature to overcome the problems of their own future. By focusing on solving these economic problems, through the support of education, rather than child marriage, the solution will come about more effectively as children will have the skills they need to seek out jobs and the maturity to plan their future.

The second issue of student dropout among females is not separate from our first issue. Child marriage can be a result of female dropout, but also is a contributing factor. Female students worldwide are more often pulled out of school, as opposed to their male counterparts, to learn about how to manage and maintain a household and raise children in order to prepare them for married life. However, this does not allow female students to gain the skills needed to contribute most effectively to her household and community. Alternatively, allowing them to remain in school, despite economic difficulties, can alleviate problems in the future, such as early pregnancy, and allow them to add a female perspective to a developing community.

In short, these teachers have begun the process towards an effective education system and sustainable development. Although the survey indicates that the people in these communities would like the government to take a more active role in solving these problems, they can also look to and encourage large companies, small business owners, community leaders, non-profits, and, of course, themselves in becoming a part of the solution. These problems may have had a stronghold in this and other parts of the world for a long time, but through our efforts, teachers are proving that education is the one sustainable solution to a better world.

The Importance of a Question 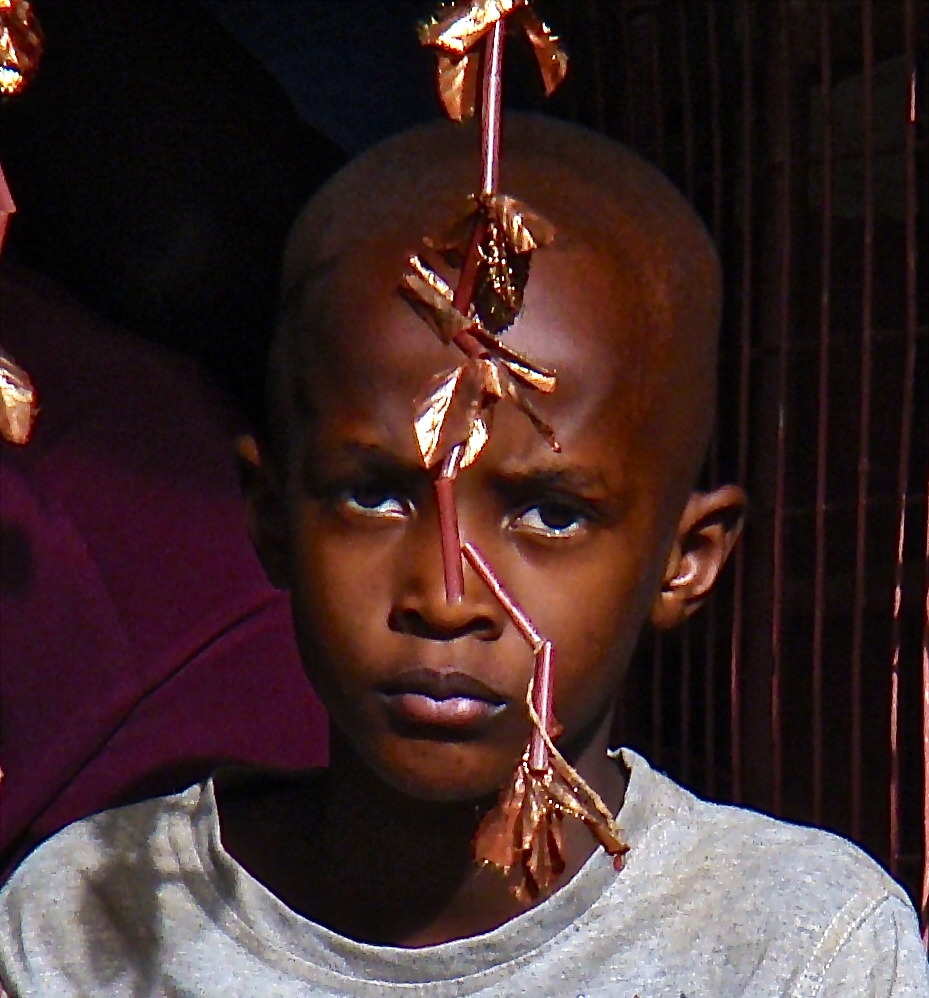 During our last teacher development workshop in Iganga district, the teachers of 15 schools in Iganga district discussed issues that were barriers to teaching and learning. No, the barriers were not ones that teachers in most schools would identify- lack of school supplies, smaller teacher-student ratios, etc. The barriers that these teachers identified ranged from how many meals families and the students had in a day, what the primary source of water was, early marriage, how often women and girls were physically abused, which of the following was the most common form of abuse: child labor, kidnapping, rape, denying education, beating/caning, stalking, and on for 10 pages of questions. In 15 communities in Iganga, surveys are now being conducted by the teachers to pinpoint the most prevalent barriers to education. It is our hope that once we analyze the data, we can provide the necessary interventions needed in these communities, using the power of teacher leaders as advocates for change. We thank you for continuing to support our efforts and hope to share some data in our next report!

Leaning in to Lead

By Bhavani Parpia - Founder and President 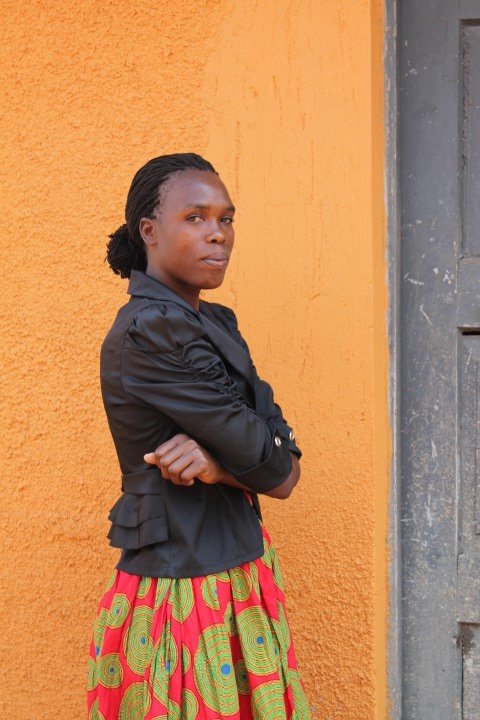 Three years ago, Rebecca was a defiant 16-year old, training to become a teacher. Tell me, how many 16-year olds would you trust to have the skills to engage classes of up to 200 5-6 year olds, in cramped rooms, with scarcely any resources? Rebecca was one of a few hundred young trainees amused at our horror that punishment for children ranging from caning and “stalking” to digging and then standing on ant hills was the norm. She told us that there was nothing wrong with these inventive ways to discipline a child because after all, she had been beaten as a child and she had survived, hadn’t she? Fast-forward three years, here is Rebecca again:  “The knowledge that I have acquired from you (ConnecTeach) will enable me to transform my community and Uganda as a whole. I am going to fight domestic violence, gender imbalance, and child abuse. I am going to fight for children’s rights.”

There is plenty to distress us about the state of our Union and the state of our world. There are days when you just want to bury yourself under your blankets and stay there until the future is not so terrifying. And then Rebecca comes along and tells you that no matter how overwhelming it all is, she will do what it takes to step up. She tells you, lean forward. She shows you the infinite power of one to make a difference. If you think all a teacher does is drill content and ensure that children are “successful” (whatever that means!), THINK. AGAIN. It’s all about shifting attitudes, biases, prejudices, and habits, and this doesn’t come out of textbooks! Thanks to you, our partners and investors in education, we are able to work with young teachers like Rebecca and help her tap into her own potential to become a powerful changemaker in her community. Thank you for working with us to help Rebecca fight gender imbalance, domestic violence, and child abuse.Thank you for working with us in fighting for children’s rights.

Donating through GlobalGiving is safe, secure, and easy with many payment options to choose from. View other ways to donate
ConnecTeach, Inc has earned this recognition on GlobalGiving:

GlobalGiving
Guarantee
Donate https://www.globalgiving.org/dy/cart/view/gg.html?cmd=addItem&projid=28166&rf=microdata&frequency=ONCE&amount=25
Please Note
WARNING: Javascript is currently disabled or is not available in your browser. GlobalGiving makes extensive use of Javascript and will not function properly with Javascript disabled. Please enable Javascript and refresh this page.