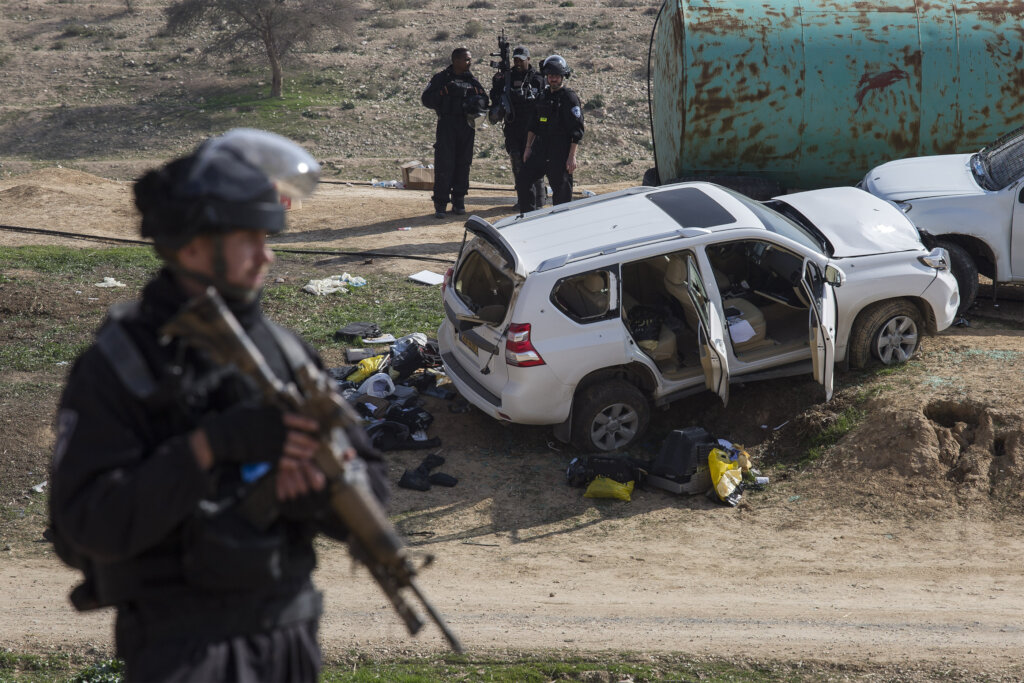 Photo: Scene of the killing of Y.Q./ Activestills.

Warm regards to you from Adalah.

In this report, we update you about Adalah's recent work and Israeli Supreme Court decisions in the following cases: Granting sweeping impunity to the Israeli army and police; Land Grab in Jerusalem; and Revocation of citizenship for "breach of loyalty".

GRANTING SWEEPING IMPUNITY TO THE ISRAELI ARMY AND POLICE

In early August, Israel launched an intensive air offensive on the Gaza Strip, killing 47 Palestinians, including 16 children, and injuring 360 more (Palestinian Ministry of Health figures, 7 August 2022). This recent killing and injuring of civilians in Gaza is a result of the Israeli authorities’ shielding of their armed forces from accountability measures for their actions, both criminal and civil. On 5 July 2022, the Israeli Supreme Court (SC) rejected an appeal filed by Adalah and Al-Mezan demanding civil tort compensation for a Palestinian family following the severe injury of their 15-year-old son, who was left in a wheel chair for life after he was shot by the Israeli military in 2014, outside of any “act of war”.

In this case, Adalah and Al Mezan challenged the 2012 amendment to Israel's Civil Wrongs Law (State Responsibility)-1952, which prescribes that residents of an “enemy territory” are not eligible for compensation from Israel. Israel declared Gaza to be “enemy territory” in 2007, following the takeover by Hamas. The law grants total, sweeping immunity for Israel from all liability for any damages, in violation of Israeli and international law.  In its decision, while the SC acknowledged that the law infringes on fundamental rights of Gaza residents, it maintained that immunity is appropriate in order “to prevent economic and moral assistance to the enemy.”

Adalah and Al Mezan: “This decision not only grants sweeping immunity to the Israeli military to injure Palestinians wherever they are, but also determines, in a radical move, that the deliberate denial of compensation is an appropriate tool for harming the enemy. There is no clearer evidence of the fact that the Israeli legal system is committed to the legitimization of war crimes and to assisting the military in its efforts, by denying all legal remedies to victims, especially when, at the same time, the Court refuses to intervene in the state’s closure of criminal investigations into alleged war crimes and thus also providing impunity for criminal actions committed by the Israeli military."

The NGOs will demand a second hearing by an expanded panel of the SC on the case.

Following a TV interview with a high official, Adalah sent a letter on 26 July 2022 to the Attorney General, the State Attorney (SA), and the Chief of the Police Investigation Department (PID) demanding to re-open an investigation into the 2017 police killing of Y.Q., a Palestinian citizen of Israel, during a home demolition operation in his village of Umm al-Hiran in the Naqab (Negev). In the interview, the former Deputy Chief of PID, M.S., revealed that the former SA and former chief of police pressured the PID to close the probe.

In the letter, Adalah argued that the statements by M.S. supported our deep suspicions of a conflict of interest within the SA’s Office that led to this unreasonable decision. In the interview, M.S. spoke of extreme pressure by public figures, coupled with a flawed investigation during which key evidence was ignored. The police killing of Y.Q. is yet another stark example of the lack accountability and the impunity granted to Israeli police forces in the killing of Palestinian citizens of Israel.

In 2019, the US relocated its embassy from Tel Aviv to Jerusalem, choosing a temporary site before moving to its permanent location. Documents recently obtained by Adalah from the Israeli state archive reveal that the planned site of the new US Embassy compound will be located on privately-owned Palestinian land, which was illegally seized by the state pursuant to 1950 Israeli Absentees’ Property Law. The Plan, currently in the advanced stages of the approval process, was submitted in 2021 by the US State Department and the Israeli Land Authority to the Israeli planning authorities. The descendants of the Palestinian landowners, including residents of Jerusalem and US citizens, demand that Israel release their properties and that the US Administration cancel the plan.

Adalah’s Legal Director: "This plan is a serious escalation in the US legitimization of the illegal Israeli seizure of Palestinian land using the 1950 Absentees’ Property Law. Under this law, Israel dispossessed Palestinian refugees, internally displaced Palestinian citizens of Israel, and residents of illegally annexed East Jerusalem from their property in the years following the Nakba in 1948 and again in 1967. This legislation is an arbitrary, racially-based, discriminatory, and sweeping law for land confiscation with far-reaching implications. The US Embassy plan will violate the private property rights of Palestinian landowners, and the internationally-established right of Palestinian refugees to return and gain restitution of their properties."

In response to a media inquiry, the US State Department stated that it was now “engaged in a process that will culminate in [the] construction of a new embassy in Jerusalem", and that “The site of that new embassy has not yet been confirmed.”

The plan and the newly discovered evidence, which was revealed by Adalah on 10 July 2022 during Biden's visit in Israel, made headlines in local and international media, receiving wide coverage, including feature stories in  the New York Times, NBC News, Democracy Now, and Haaretz.

R.K., a US citizen and a descendant of Palestinian landowners of this property, told Democracy Now:  “The fact that the US government is now participating actively with the Israeli government in this project means that it is actively infringing on the property rights of the legitimate owners of these properties, including many US citizens… By putting the US Embassy in Jerusalem, the US is violating resolutions of the UN that it voted for: for Jerusalem to be an international city and for nothing to be done in Jerusalem that would jeopardize the final status of that city… We are demanding that the US not build an embassy on our land. This is our property. It’s not the property of the state of Israel to give or rent or lease to the US."

NO CITIZENSHIP WITHOUT LOYALTY

The Israeli Supreme Court upholds a dangerous law, which permits the revocation of citizenship for "breach of loyalty"

On 21 July 2022, the Israeli Supreme Court (SC) rejected a 2017 lower court decision to strip A. Z., a Palestinian citizen of Israel, of his citizenship, but upheld a 2008 law that allows for the Interior Minister to revoke the citizenship of individuals convicted of offenses that constitute a "breach of loyalty" against the State of Israel, even if the person becomes stateless. Adalah and the Association for Civil Rights in Israel (ACRI) represented A.Z. in this case.

Criminal offenses that constitute a "breach of loyalty" include an act of terrorism; an act of treason or serious espionage; or the acquisition of citizenship or the right of permanent residency in a hostile state or in hostile territory.

Since the law’s enactment, the Interior Minister has applied it selectively, only to Palestinian citizens of Israel. In the 31 cases considered for the revocation of citizenship, no request was ever made to strip a Jewish-Israeli citizen of citizenship, despite a number of extremely serious incidents in which Jewish citizens murdered Palestinians or other Jewish citizens. This fact shows a racist and discriminatory pattern that exclusively singles out Palestinian citizens based on their national belonging.

Read in the link below: Adalah’s Q&A on the Supreme Court judgment and its implications.

Read Adalah's 2021 annual report to learn more about our work.

Thank you, as always, for your continued support for Adalah’s work.We sincerely appreciate it. 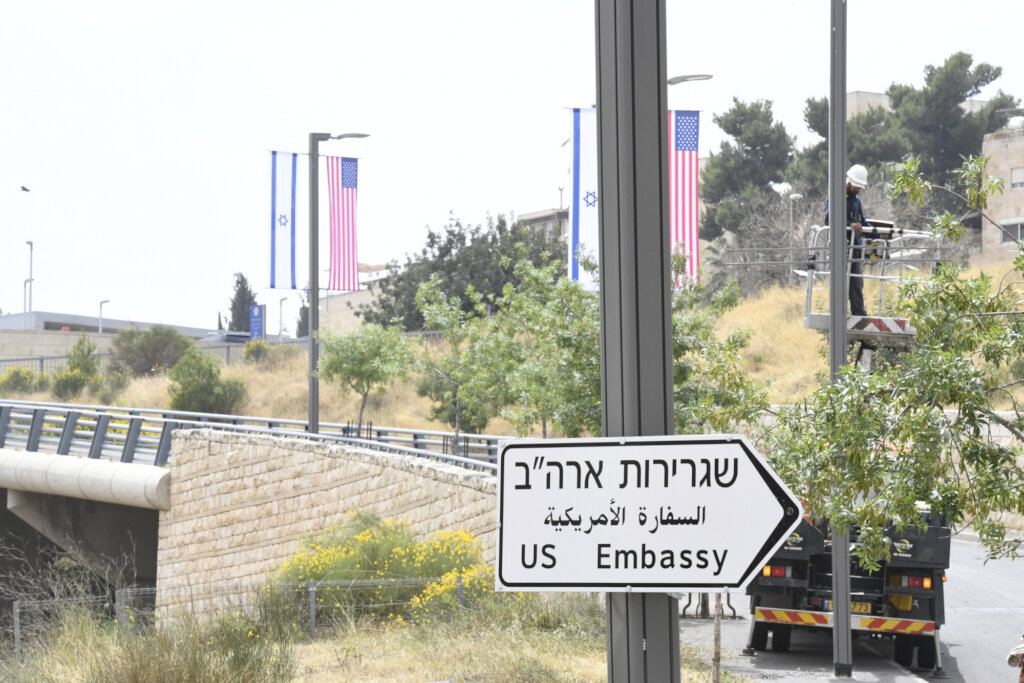 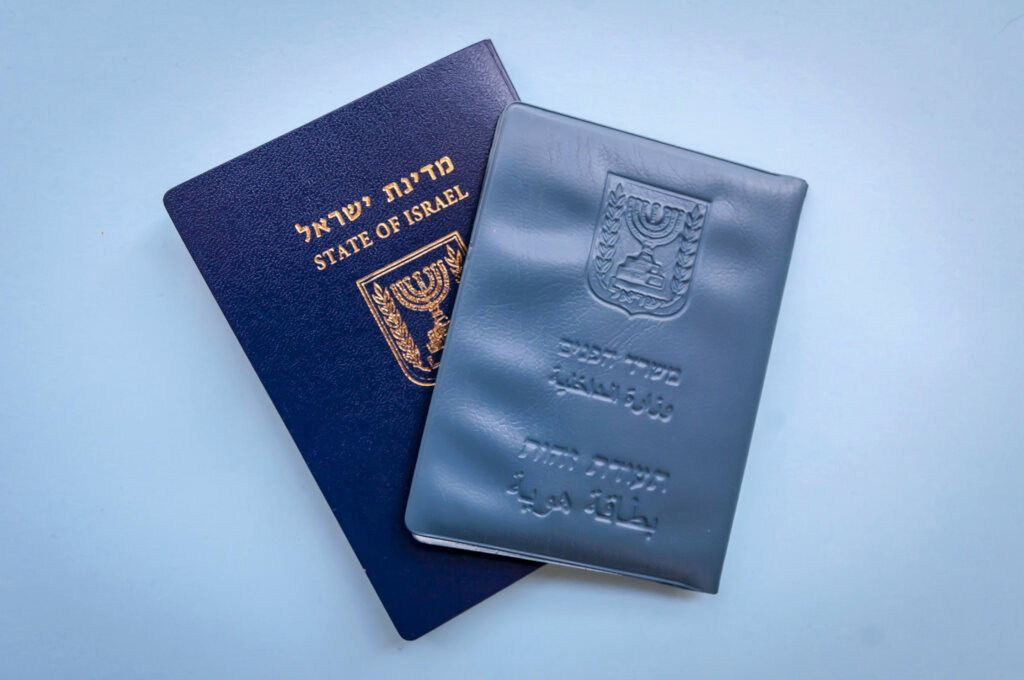 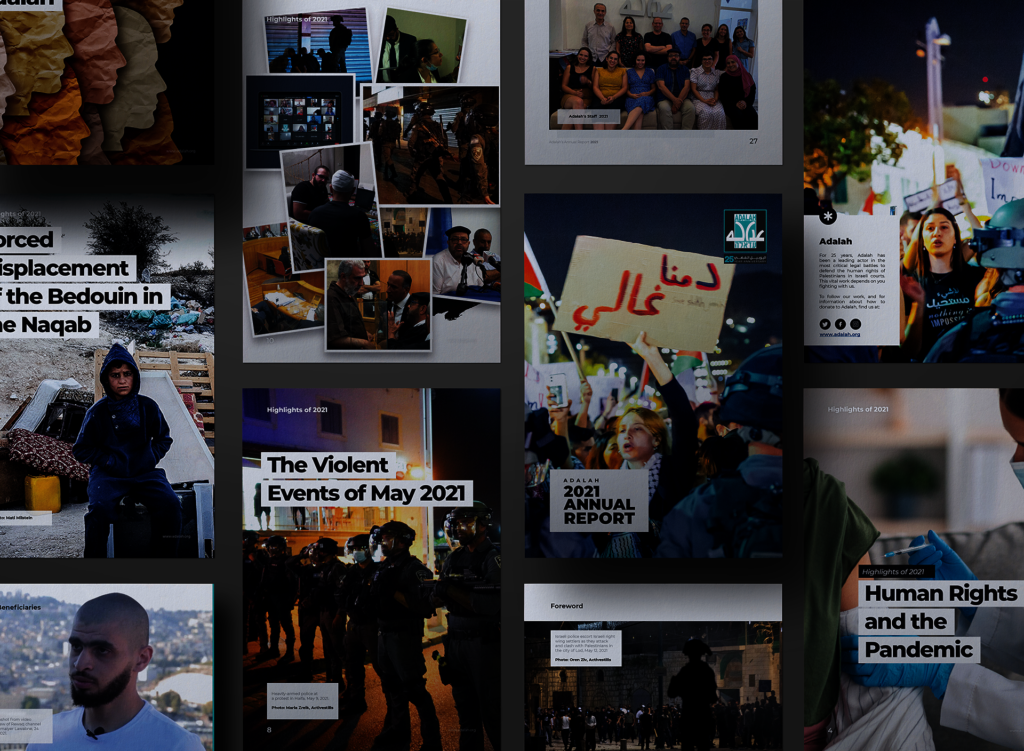 Project Leader:
Online fundraising
Haifa, Haifa Israel
$48,104 raised of $90,000 goal
You last donated to this project on
290 donations
$41,896 to go
* Amounts in US Dollars
Donate Now
Donate once
Donate monthly
$25
USD
Covers a month's subscription to a legal database
›
$50
USD
Covers the cost of preparing a press release on a legal case for media outlets
›
$75
USD
Covers a student's fee to attend Adalah's annual law students' conference
›
$100
USD
Covers travel costs for a lawyer to represent a client before the Supreme Court in Jerusalem
›
$250
USD
Covers a field visit in the Naqab (Negev) desert to collect testimonies from Bedouin clients
›
$500
USD
Covers the filing fees for an impact litigation petition to the Supreme Court
›
$1,500
USD
Covers one month's salary including benefits for a legal apprentice training in Adalah
›