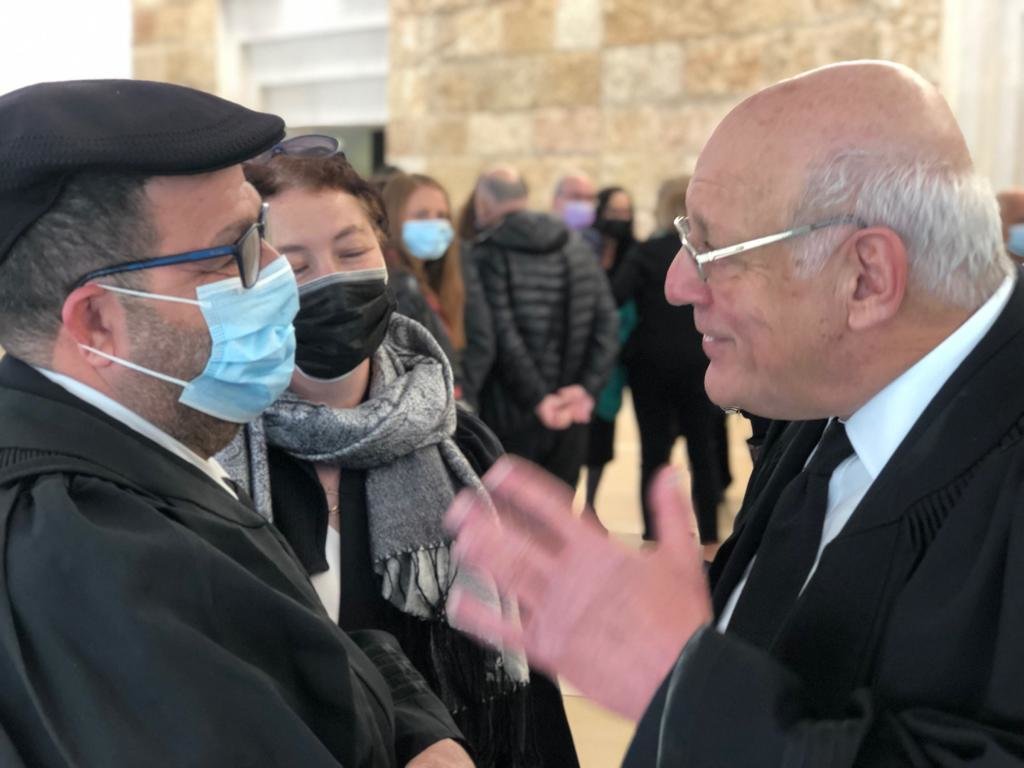 Warms regards from Adalah. We hope that you are healthy and well and keeping safe.

The Supreme Court upheld the sweeping powers granted to government by the Major Coronavirus Law, but cancelled a provision of the law that imposed certain restrictions on protests:

The SCT rejected, on 4 April 2021, a petition filed by Adalah and the Association for Civil Rights in Israel (ACRI) challenging the constitutionality of the "Major Coronavirus Law".The law, enacted by the Israeli Knesset in July 2020, authorizes the Israeli government to declare a state of emergency, giving it all-inclusive powers that lack transparency and which violate individual rights and liberties of citizens without parliamentary oversight. The petitioners argued that the law was legislated in a speedy process, and that it empowers the government to employ sweeping powers to deal with the pandemic without parliamentary supervision. Despite this ruling, the court cancelled one provision of the law, which imposed restrictions on the right to demonstrate over 1000 meters from your home, finding that it severely violated the right of freedom of expression and assembly. Therefore, the SCT also determined that fines imposed within the framework of this ban are void, and that all fines paid shall be reimbursed by the state.

While Adalah and ACRI welcomed the court’s lifting of restrictions on the right to protest, the groups expressed serious concern about the approval of the law as a whole, and undemocratic norms it sets, especially regarding the legislature’s authority. “A situation in which the Knesset is authorized only to retroactively approve or reject regulations already enacted by the government jeopardizes the rule of law. We also see a danger in the limited way in which the Supreme Court has, over the past year, imposed limits upon the government – which is violating human rights precisely at a time when the system of checks and balances is of paramount importance," the groups stated.

On 12 April 2021, the SCT authorized the Israeli state attorney’s office Cyber Unit to work together with social media providers to block, delete, or otherwise take down users’ posts, often without the users’ knowledge and without an opportunity to defend their speech. The Cyber Unit flags and submits requests, without any formal legal proceedings, to social media giants, such as Facebook and Twitter, to “voluntarily” remove user-generated content according to the platforms’ own terms of service. Adalah andACRIfiled a petition to the SCT against these practices on 26 November 2019, arguing that the Cyber Unit’s referral activity violates the constitutional rights of freedom of expression and opinion and the user’s rights of due process without any legal authority.

While the court rejected the petitioners’ constitutional arguments, the court ruled that the Cyber Unit’s referrals constitute “state action” that requires adequate legal authorization, contrary to the state’s claim that these practices do not constitute state action since the removal of content is ultimately done by private third-party corporations.

Online protests and dissent have gained even greater momentum due to restrictions on movement during the COVID-19 lockdown. Further, many Palestinians who took to the web to protest the police’s brutal practices during the recent events in May 2021, reported that social media platforms like Instagram and Twitter had taken down their posts or suspended their accounts.

In Adalah’s view, with this decision: "The Israeli Supreme Court has just authorized the state to continue to use its Cyber Unit to conduct quasi-judicial censorship proceedings in cooperation with private corporations, without allowing social media users to defend their rights or even to know that the state has been involved in removing their online content. Israel's Cyber Unit has operated in the shadows of the law to censor tens of thousands of social media posts every year. The Supreme Court has now, to our regret, given Israel a blank check to continue with this practice."

Adalah will continue to fight against the state’s crackdown on speech rights, including that of the Cyber Unit, to protect Palestinians’ constitutional rights by strategically challenging other aspects of the law, policies and practices.

Thank you, as always, for your support to Adalah’s critical work.