Stop Violence Against Women's in India

Under the project "stop Violence Against Women in india", directed with the support of Global Giving Foundation, Rajasthan Samgrah Kalyan Sansthan executed following work for awareness since November 2015.

Selfie program - Selfie program was organised under "stand with her voice" & "stand with RSKS India" and "stop violence against women". In this program, Women, Men, Children, Students, Public Representative Officers, Tourists (about 270 supporters) supported the campaign by selfie and took oath to raise voice against violence.

Postcard Program - In the support of constitution strict law against "violence against women", 4000 letters/postcards signed by school and college students, women, men, girls, officers and public representatives were sent to Indian Prime Minister, Mr. Narendra Modi. Public appealed to constitute strict law against "violence against women" with full of enthusiasm and passion in the program. We hope that Indian Prime Minister will take positive action in the matter.

The list of above All programs is attached in the report.

All the awareness programs, under the campaign, were convened by 3 coordinators, volunteers and guest subject experts appointed by the organisation.

Impact/Positive Effect/ Outcome - 9320 people were joined directly/indirectly in the support of "stop violence against women" by the awareness programs in the campaign as workshop/seminar, selfie, postcards, road show, rally, puppet show, poster competition.

• 42 women victims of domestic violence got significant help from the counselling and police support.
• Women got informed about their legal rights against domestic violence and atrocity.
• violence victim women who never complained to police because of hesitation and shyness, got a significant platform for their support and justice.
• Children were aware and Together against child marriage. Parents also got reasonable awareness information about the demerits of child marriage.
• Now, men dominated society has changed its views. In the forthcoming society, women will get respect.

In the forthcoming months, Rajasthan Samgrah Kalyan Sansthan will establish the foundation for revolutionary noble works as Women Court to prevent violence against women, violence free group, help line about which you will be informed/updated from time to time. We believe that the dream of violence free society will come true in the near future. 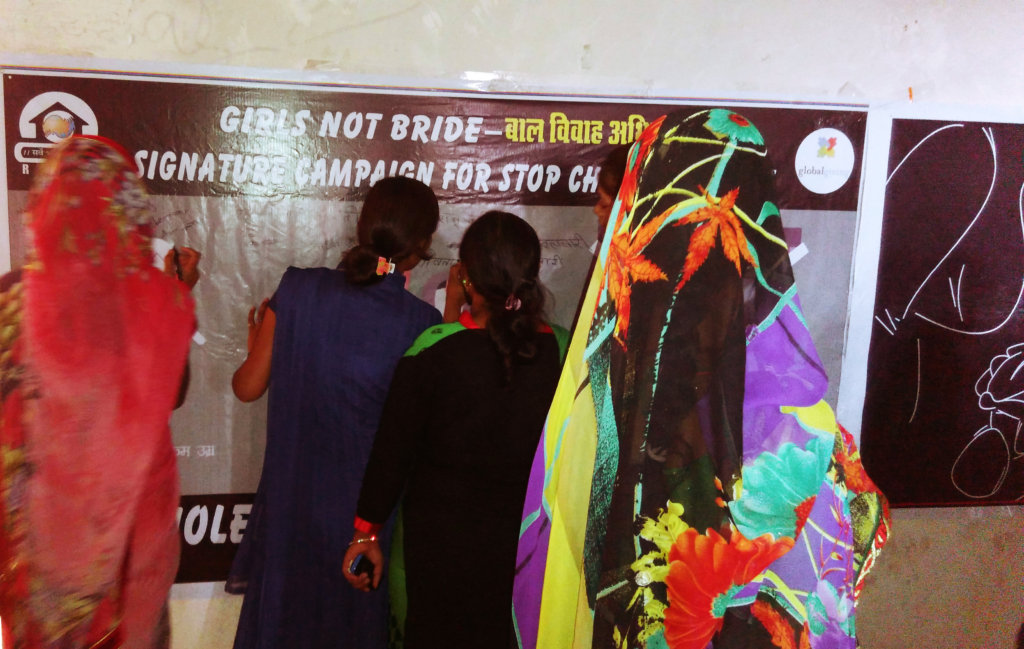 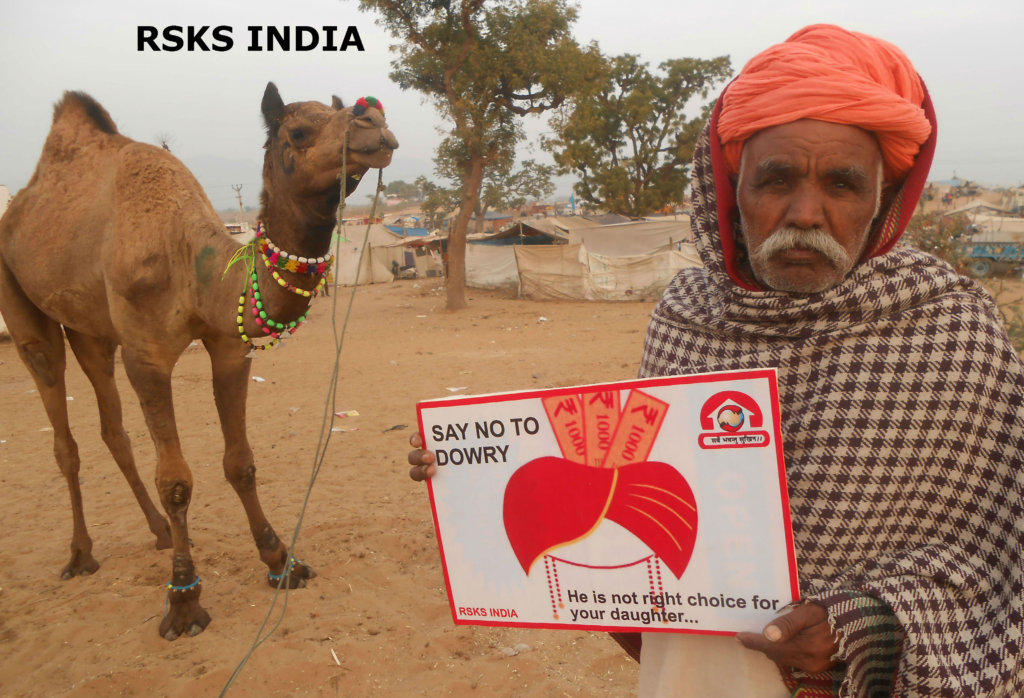 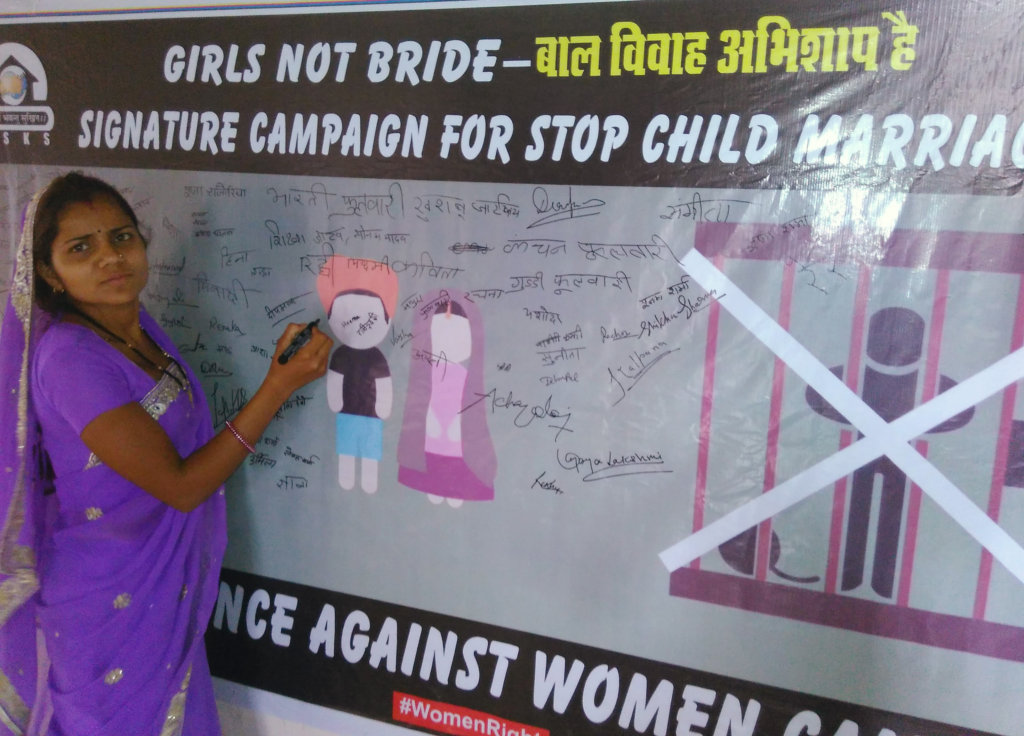 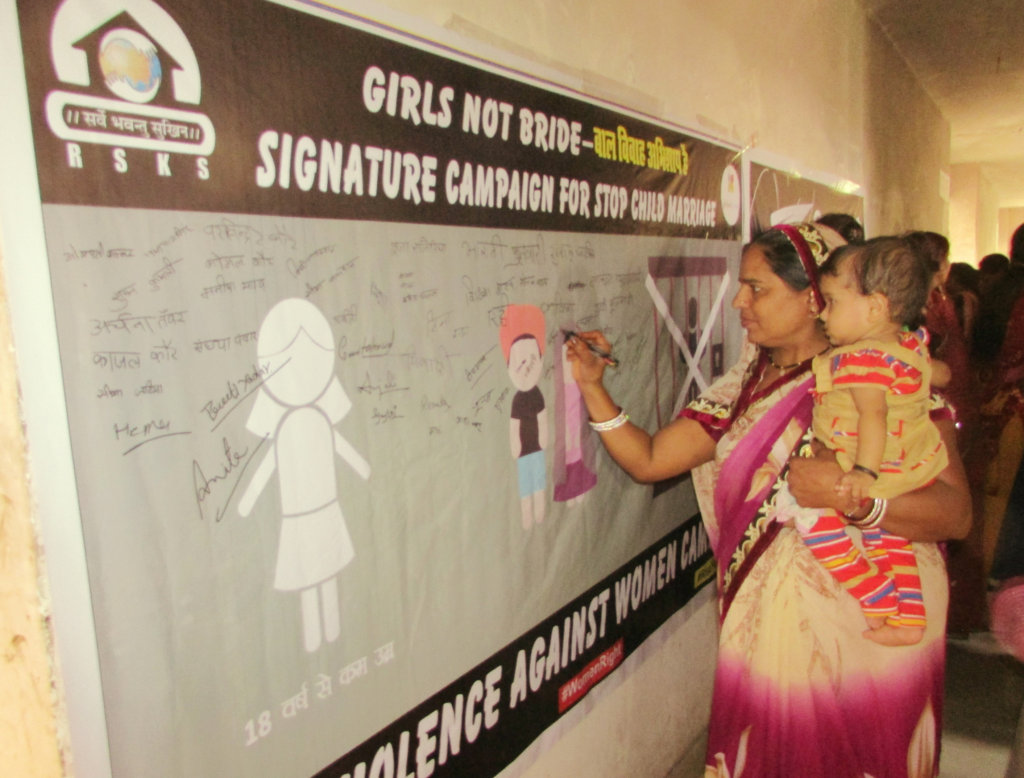 Increasing violence and tyranny against women in India is a matter of concern. More than 40 complaints/cases are registered per day in various police station of Rajasthan State. A drive namely, "Stop Violence Against Women" being run against this violence by Rajasthan Samgrah Kalyan Sansthan With the support of Global Giving.


Sansi Basti and Faridabad slums in Ajmer are the strongholds of illegal wine production. victimization, exploitation, women assault by drunk men is very common. Rajasthan Samgrah Kalyan Sansthan organised a rally in these slums to aware people for violence against women as well as they, mainly men were motivated to respect women.


A workshop namely, "End Violence" was also organised under the project "Stop Violence against Women", in which the specialists explained Legal Rights to 52 deprived women how to fight against violence, child labour, exploitation, and many other sensitive issues.

Thanks a lot for your support. 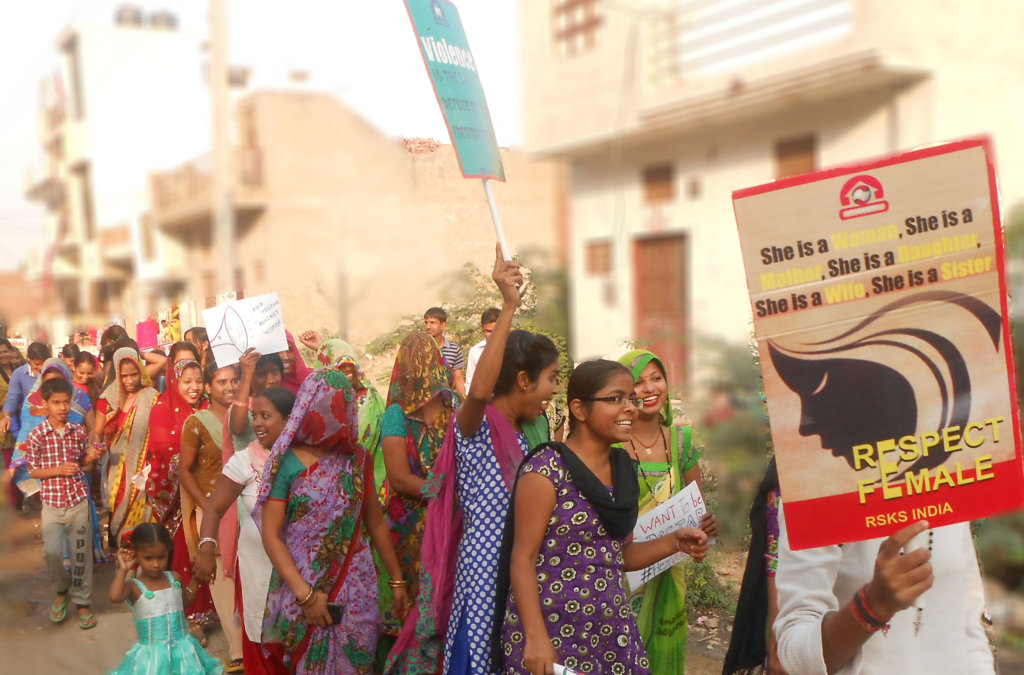 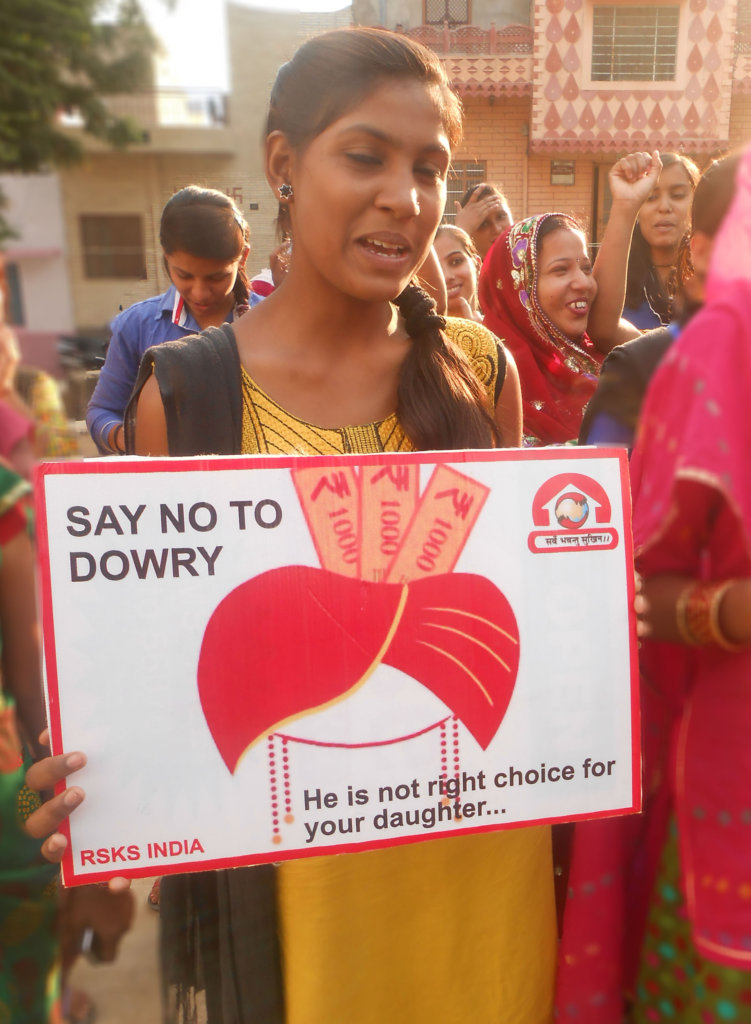 GlobalGiving
Guarantee
Donate https://www.globalgiving.org/dy/cart/view/gg.html?cmd=addItem&projid=21401&rf=microdata&frequency=ONCE&amount=25
Please Note
WARNING: Javascript is currently disabled or is not available in your browser. GlobalGiving makes extensive use of Javascript and will not function properly with Javascript disabled. Please enable Javascript and refresh this page.