Arunachal Pradesh, in north-eastern India is a biodiversity hot spot. Indigenous tribes hunt wildlife for meat, fur, bones, beaks, etc for consumption and traditional attire. Protected species like leopards, black bears and even tigers at times are hunted indiscriminately during mass ritual hunts. The project will work with the community to enforce a ban against hunting and build a community entrepreneurship model for synthetic alternatives to wildlife articles used in traditional tribal attire.

The forests of Arunachal are turning into silent forests! There is weak or no enforcement of wildlife laws in tribal communities which are spread across the state. The traditional attire of several Arunachal tribes includes the use of articles derived from endangered wildlife. Another practice followed by tribes is unregulated, mass ritual hunting during festivals and weddings. Animals like bears,leopards, deer, pangolins, civets and several species of birds are widely hunted across the state

Fiber glass hornbill beaks (used as headgear) have been successfully introduced by WTI among tribes over the years to save endangered hornbills. Locals are trained to make & sell beaks, giving them additional income and ensuring sustainability of tribal culture.We aim to replicate the model to protect even more species from hunting. To stop the mass ritual hunting we will work with the Governing Body of one of the key tribes to raise awareness and pass a binding resolution for banning the hunts.

The switch over to synthetic articles will stop the hunting of animals and aid in the recovery of their populations. Setting up of Self Help Groups with a sustainable business model will help provide livelihoods in an otherwise poor & hunting dependent community. Sensitization and strict laws enforced by the tribal Governing body will reduce hunting pressure on endangered wildlife and change mindsets over time. The project will showcase an action oriented, innovative conservation model. 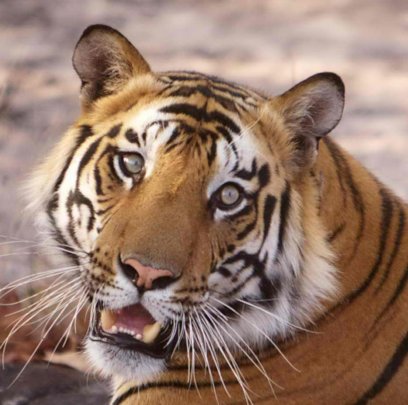 Vanishing Stripes: Save the Bengal Tiger
Find a Project