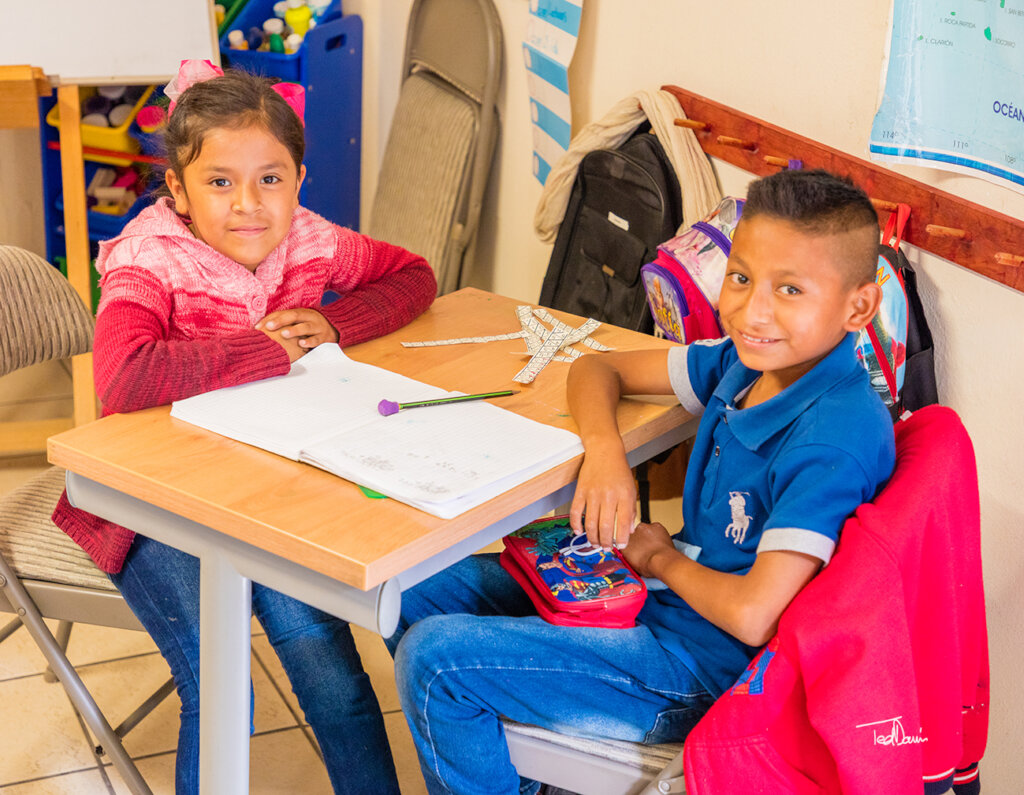 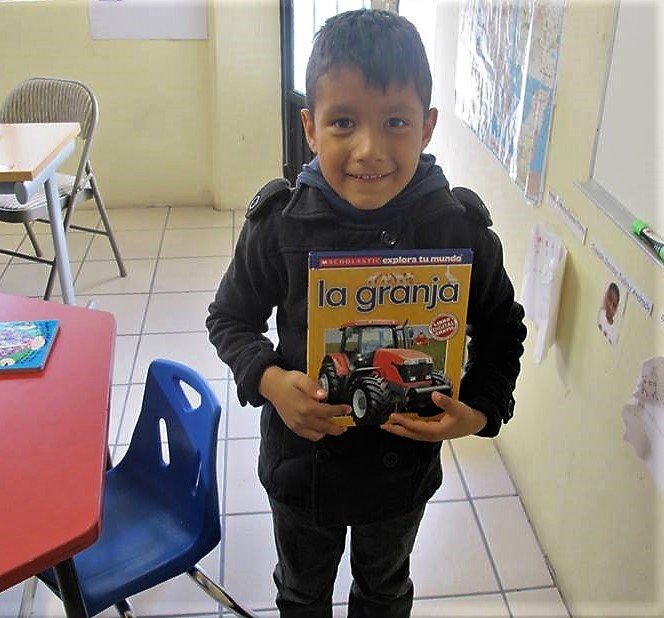 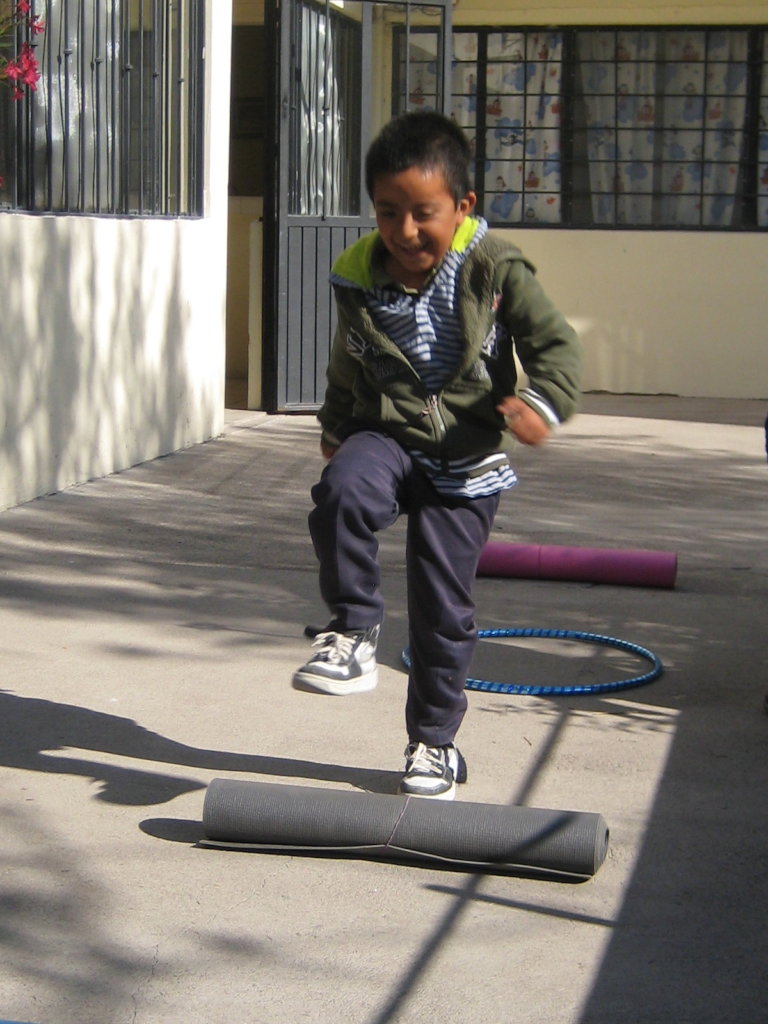 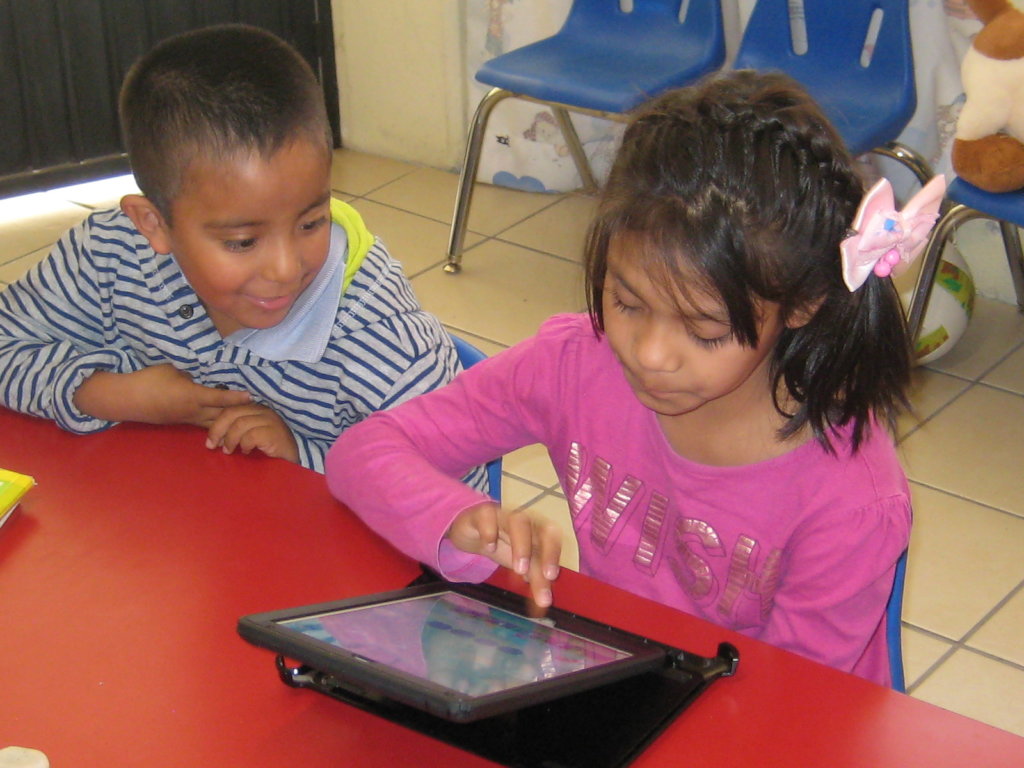 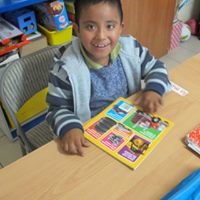 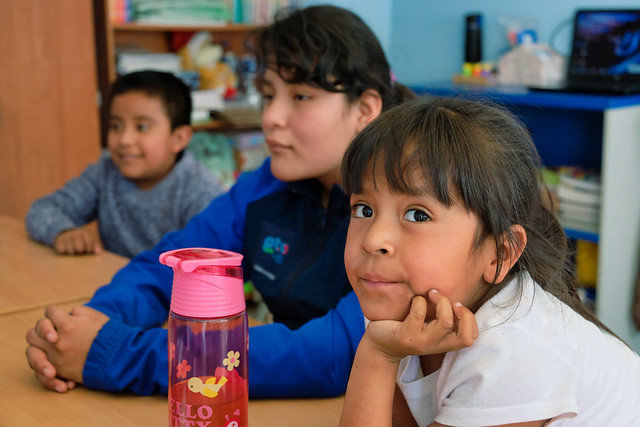 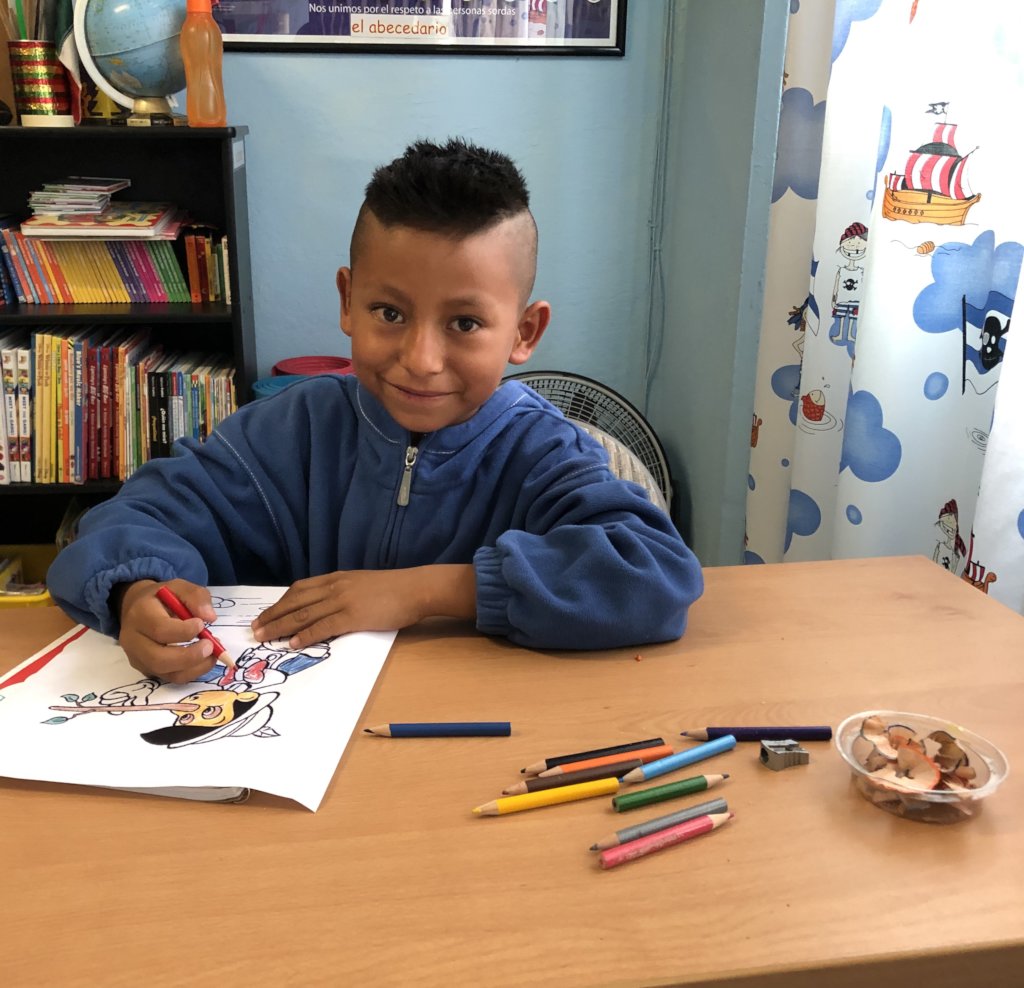 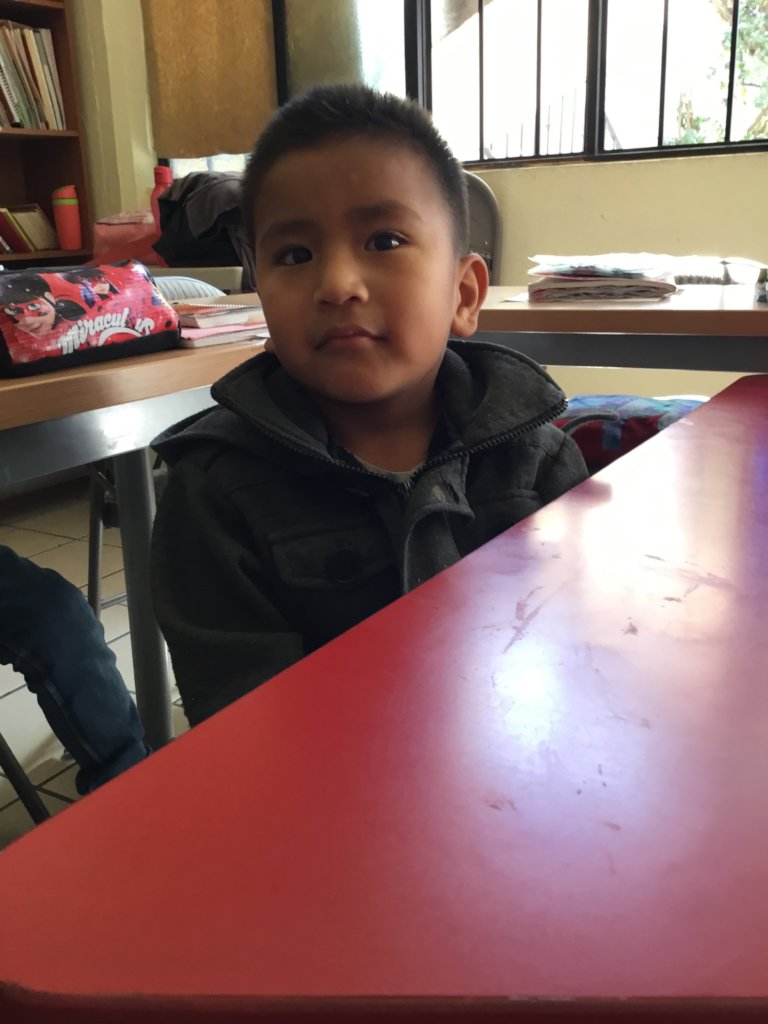 Jacobo in class
Where would any of us be without our language? It forms such an important part of who we are. No matter if the language is Spanish, French, English, Chinese, Sign Language, or any other, it forms for each of us a piece of our identity. The Deaf community attach an even greater significance to their language because it is so specialized and creates an idenitity that is quite unique among its relatively small population. There are approximately 70 million Deaf in the world who use Sign Language as their first language. They are represented in every country throughout the world; each having its own particular Sign Language. Here, where we are, it is Mexican Sign Language (Lengua de Señas Mexicana or LSM).
Verbal language begins naturally at approximately age two to three years; while babies as young as one year old are able to imitate simple signs. If a child is Deaf and not given Sign Language at an early age the development of language as a whole will be slower over their lifetime. The part of the brain where language grows slowly turns off and their ability to learn language in later years, written Spanish for example, is much more difficult.
Which brings us to the story of Jacobo. He is a typical energetic and curious four year old learning LSM for the very first time. His family brings him to Escuela de Educación Especial from a city which is an hour away by bus because EEE is the only school of its kind in the State. To get to school for an 8am start he is up with his mother at 6am; not always an easy thing for a four year old! His mother tells us that he loves to come to school. Jacobo is fortunate because his parents understand the importance of his learning language early and they sacrifice alot to bring him to school everyday. At EEE he will be continually taught LSM, participate in pre-school learning activities and in later years be taught a range of academic subjects including Spanish from qualified teachers; all through Sign Language. We know he is a very smart little guy, as he keeps everyone around him on their toes and with smiles on their faces! His teachers explain that his integration and behavior have improved since he first started school four months ago. He is adapting well and is learning more self discipline. Jacobo is in the imitation stage of Sign Language and understands much of what is told to him in signs. He is very smiley and mischievous, and also very cuddly and affectionate. He loves to play outside with carts and put together puzzles and lego.
Will you help by offering a scholarship to Jacobo and his family so he is able to attend EEE now and into the future? You are in a position to give Jacobo a better chance for a brighter future. A future where he can communicate easily with others in Sign Language, be a part of a Deaf culture that understands and accepts him and where he can realize his full potential by receiving a good education. We know there are so many other children in outlying communities that would also benefit from attending EEE. We will continue to reach out to each of them and help bring them to a safe place where they will have an opportunity learn language, as Jacobo will. 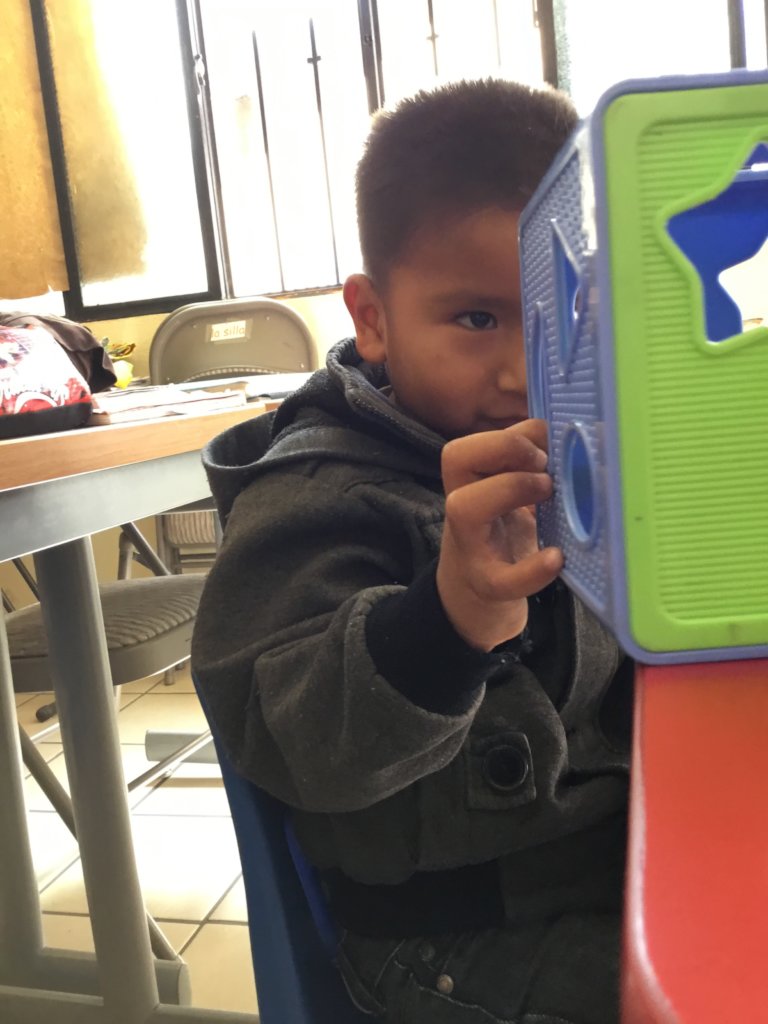 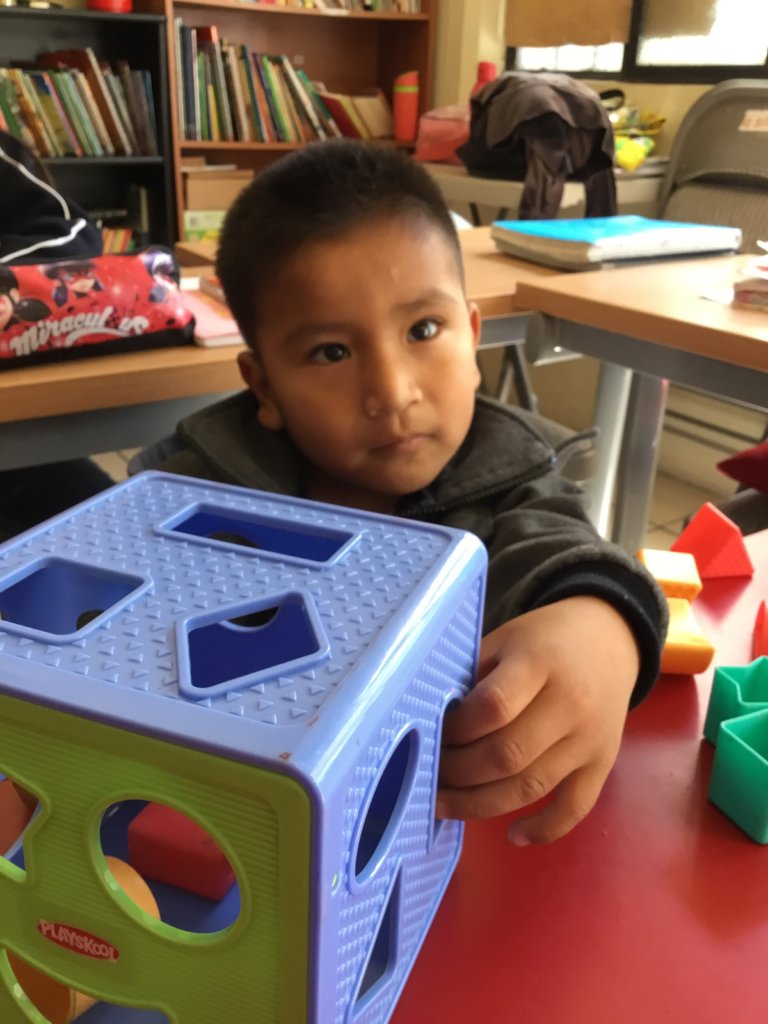 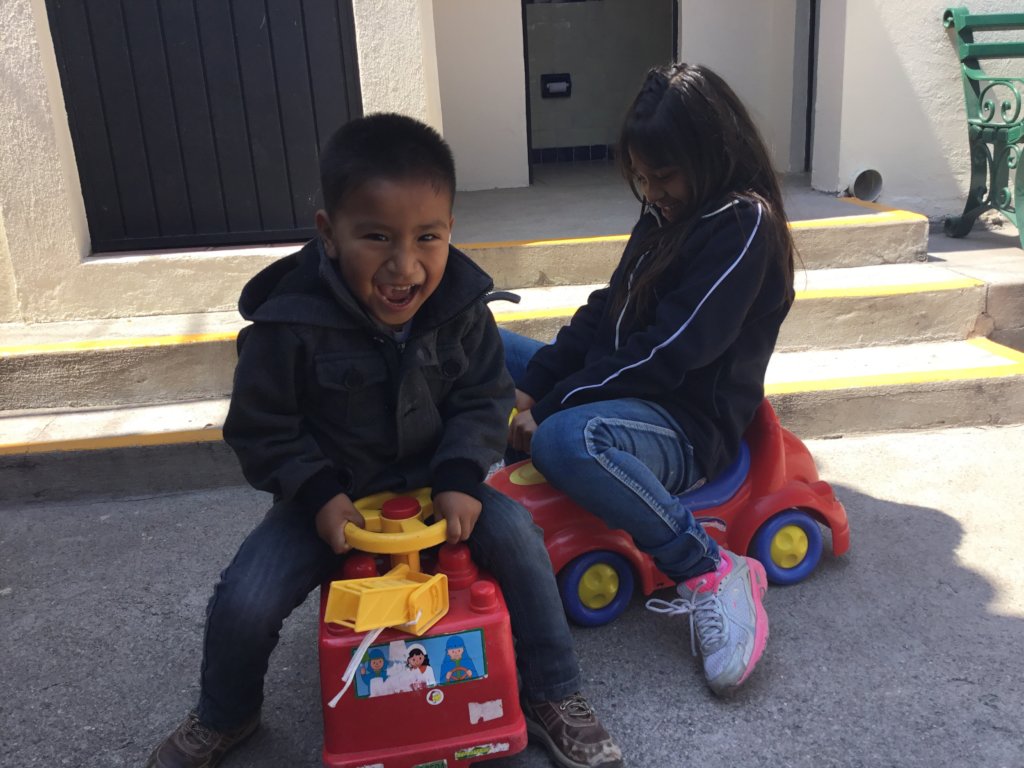 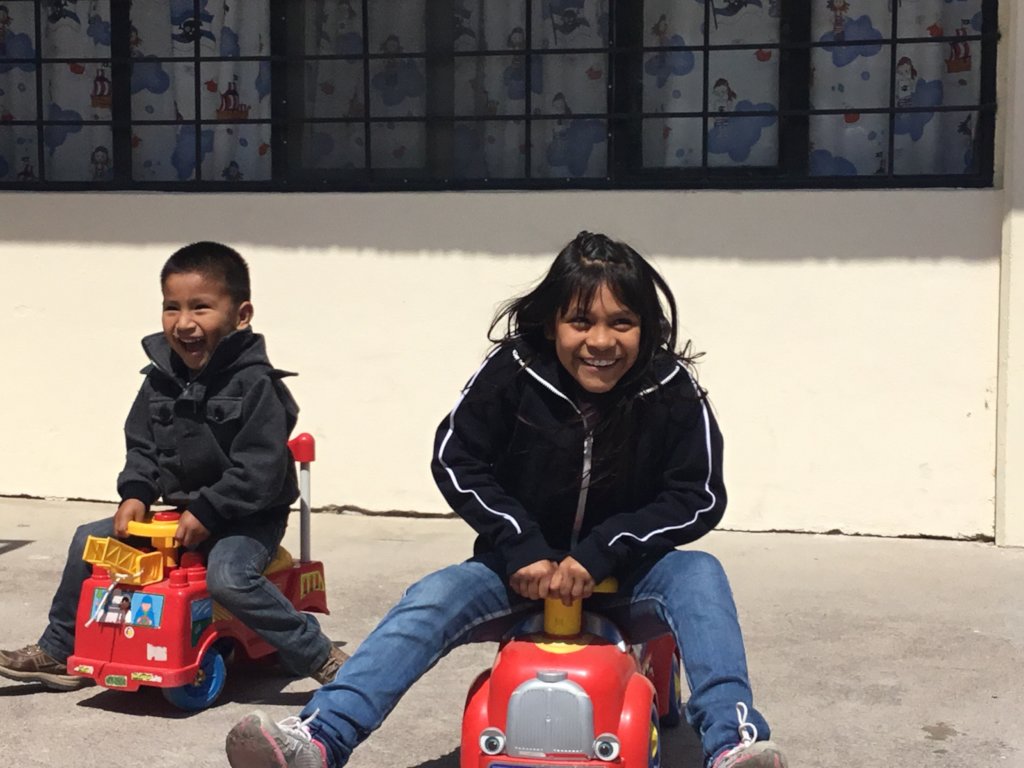 Donating through GlobalGiving is safe, secure, and easy with many payment options to choose from. View other ways to donate
Escuela de Educacion Especial de San Miguel de Allende AC has earned this recognition on GlobalGiving:

GlobalGiving
Guarantee
Donate https://www.globalgiving.org/dy/cart/view/gg.html?cmd=addItem&projid=31124&rf=microdata&frequency=ONCE&amount=25
Please Note
WARNING: Javascript is currently disabled or is not available in your browser. GlobalGiving makes extensive use of Javascript and will not function properly with Javascript disabled. Please enable Javascript and refresh this page.