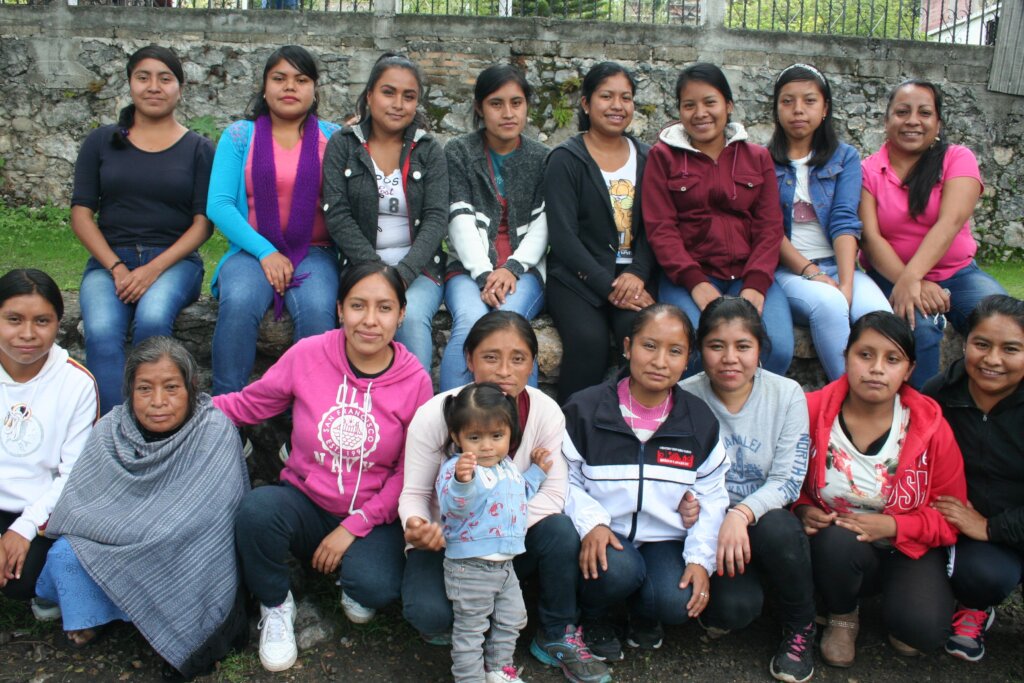 Basic need of all families everywhere: a good water & sanitation program on a backburner

Dear Friends, this report addresses a basic need of all families: clean and sufficient water and adequate sanitation. This story speaks to the everyday realities of development work in difficult settings. Here is what happened and what we learned from the experience. It is a bit long so you might want to grab a chair...

In Tlamacazapa, a rural mountainous village of 6,200 people, over an eight-year period, the Atzin team constructed a total of 60 dry toilets and rainwater catchment tank units in family households plus several rainwater catchment systems and dry toilets at local schools. In a nutshell, a dry toilet separates urine from feces using a specially designed toilet seat. Feces drops into a large vault that forms the base of the toilet building and is stored for several months until dry and then removed. Urine drains via piping into a small garden plot or into a container. Most families were using open-air excretion and an assortment of barrels and buckets to store water. A few wealthier families had constructed water flush toilets and dug a septic hole nearby. This was problematic because of the proximity to water wells and acute shortages of water during the six-month dry season.

Our dry toilet and tank construction program (DTT) was doing very well – families with the units were clearly more than satisfied and all units were in daily use. The program incorporated the training and ongoing supervision of a local construction crew of four village men; educational sessions on the care, use and maintenance of the unit with follow-up visits; and clear agreements on Atzin responsibilities and family contributions (one adult working each day while the crew was building the basic unit using metal molds for poured concrete; provision of water and gravel or sand; and a small monetary contribution based on a sliding scale). The total cost of a complete unit consisting of a dry toilet, a 7,800L tank, walled garden, piping, concrete laundry washbasin, materials, transport and labour was 15,000 pesos. The program had a waiting list of families that were making payments for their contribution and gathering gravel in preparation for construction.

In 2009 the municipal government announced that it would fund the construction of dry toilets for village households. The municipal president (who privately owned two stores selling construction materials) asked Atzin to submit a proposal and budget, and we quickly did so. We also had received a new visitor the previous week who had expressed great interest in our DTT units and their functioning. He explained that he worked in the western part of the municipality and saw good potential for dry toilets. The team readily gave him a walking tour and our educational materials, explaining the program in detail and inviting him to come again.

Later that month, the municipality announced that the tender to build 500 dry toilets throughout the village had been awarded to a local construction company, headed up by… the man who had visited us, a close friend of the municipal president as we later found out. His crew – all men from outside the village - moved in and rapidly built more than 500 simple toilet structures made of sheets of styrofoam with wire mesh and a coating of concrete. That project had no education, cost-sharing, family participation or follow-up components. The structures had two vaults for feces but the contractor had not understood the handling of urine in the design nor done any further research. Urine flowed from the toilet PVC pipes onto the ground or flowed down the street. The cost of each toilet: 25,500 pesos.

Dismayed, we wrote a letter to the municipal president offering to improve the toilets’ functioning and repeatedly requested a meeting with him. There was no response. Overall, villagers disliked those toilets (many used them only for the storage of goods), saying that they had been denied a “proper” water-based toilet, and a negative attitude toward dry toilets grew exponentially.

The result for Atzin’s DTT program? A total halt by mid-2010, despite the fact that our original 60 family households continued to use their DTT units every day. But no new families signed up.

What did the Atzin team learn from this experience?

How did this experience help Atzin improve and increase impact?

As a team we worked to resolve our irritation about these maneuvers and had no option but to put construction of DTT units on a back burner and wait. We focused more tightly on education and health programming - there were specific benefits to this decision. It was tough to find the right words to explain to Atzin Boards and donors that our program had come to a complete halt; and that it was not going to be resurrected any time soon.

Looking back, we could have been more proactive. We could have continued with just the construction of household water tanks instead of waiting to see how the overall situation unfolded. We now invest more time on relationships with allies and supporters; we know better who our (potential) allies are. We document more thoroughly and more readily contact sympathetic news reporters with analyses and photos when necessary, always walking a fine line of assertiveness and safety. For our next major construction initiative (already on our agenda as a wellness centre for women and families and shelter), we will have to have a thoughtful strategy with sufficient preparation time, and a large enough base of organized women and their extended families at the ready.

Thank you all for your support of Atzin programs - much needed and appreciated. As always, Susan.