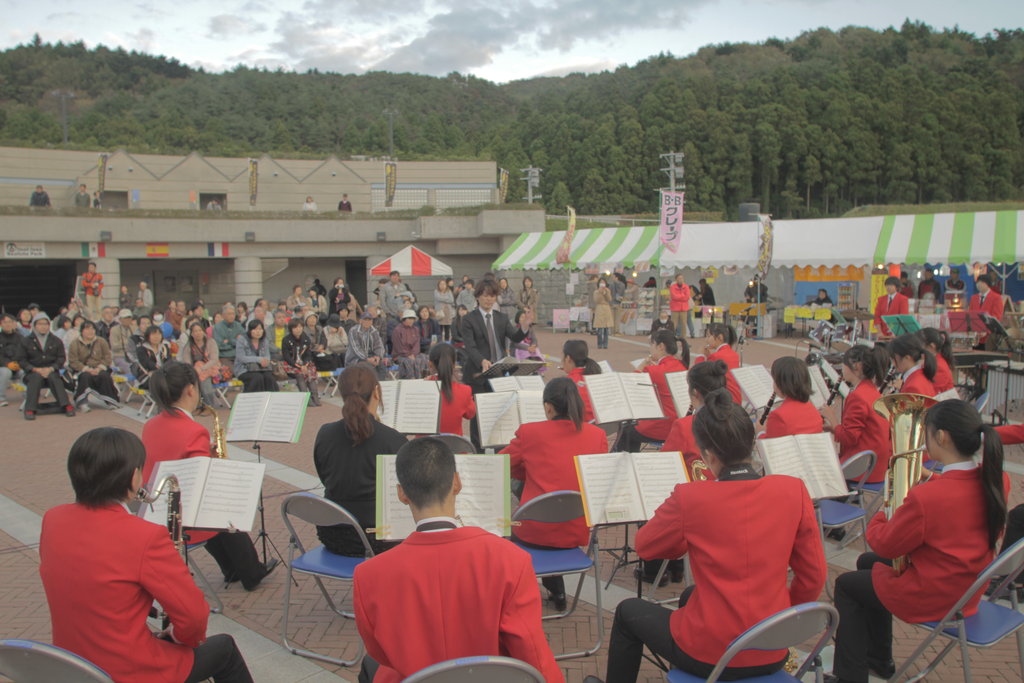 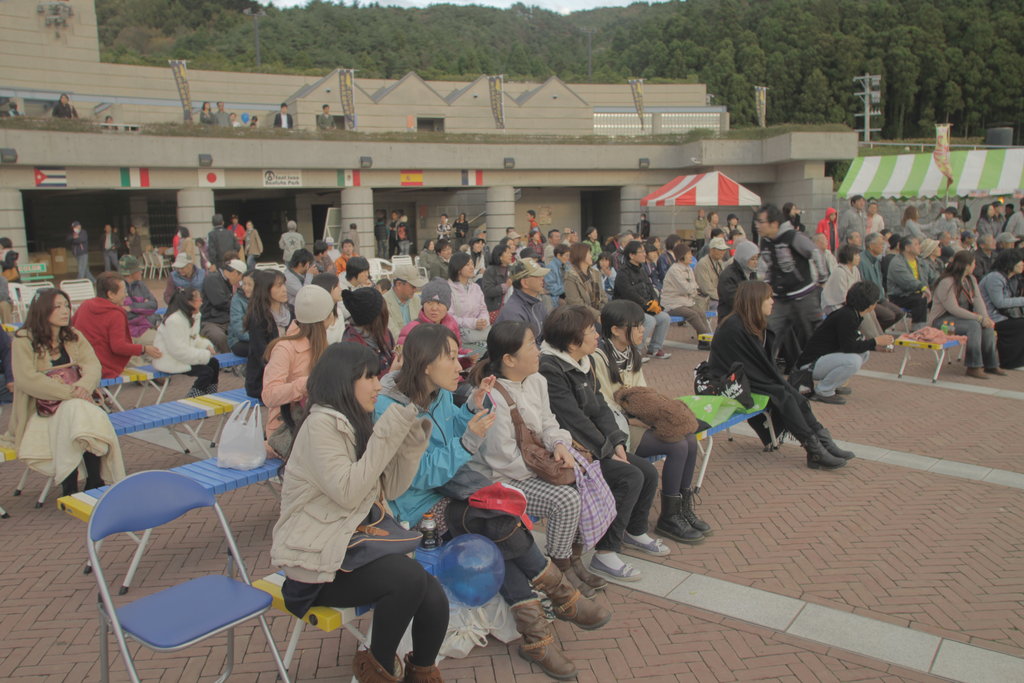 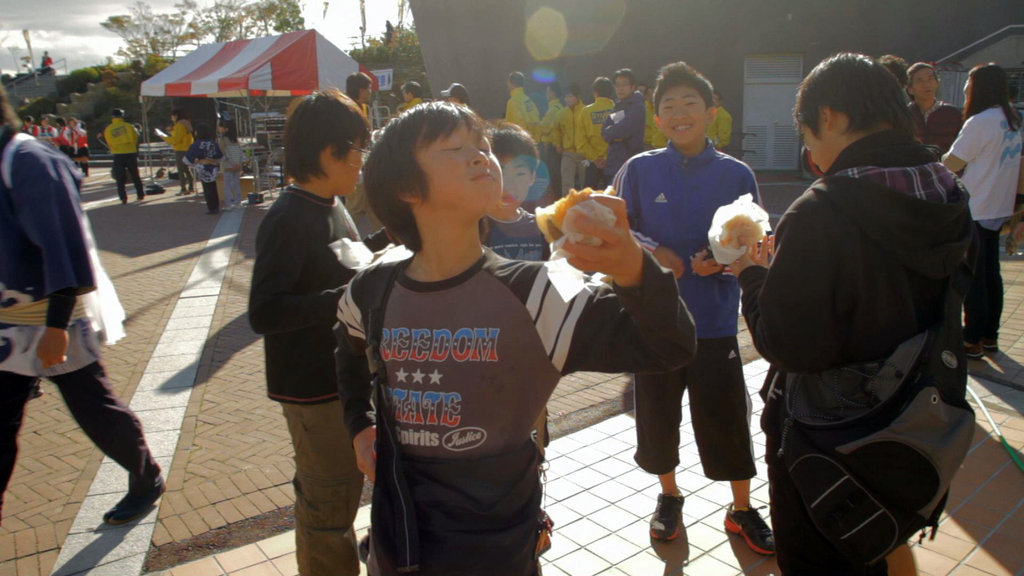 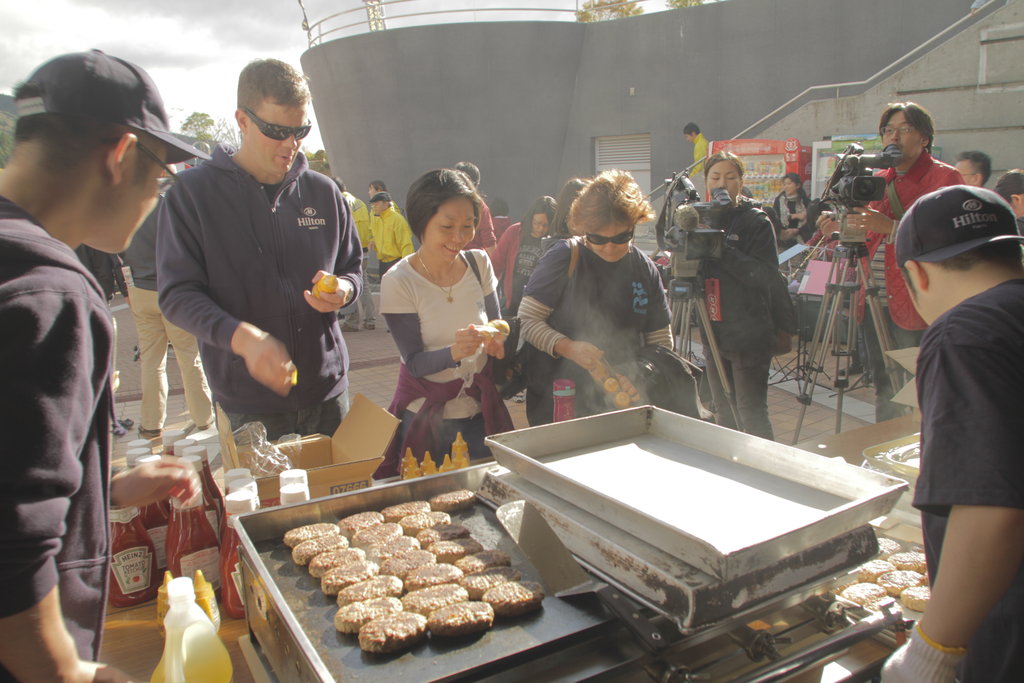 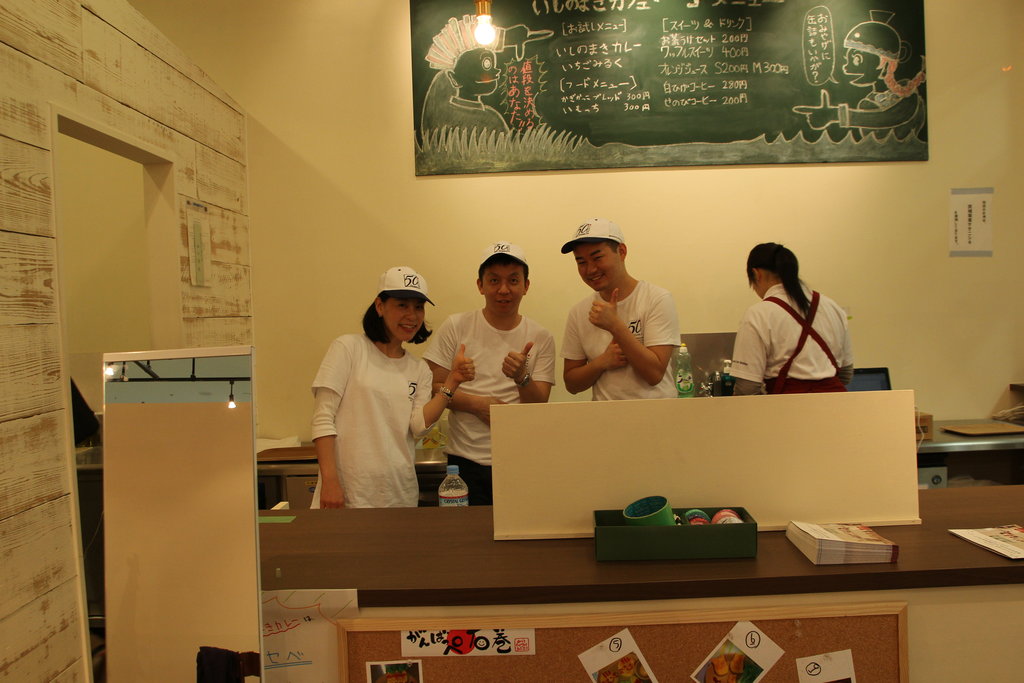 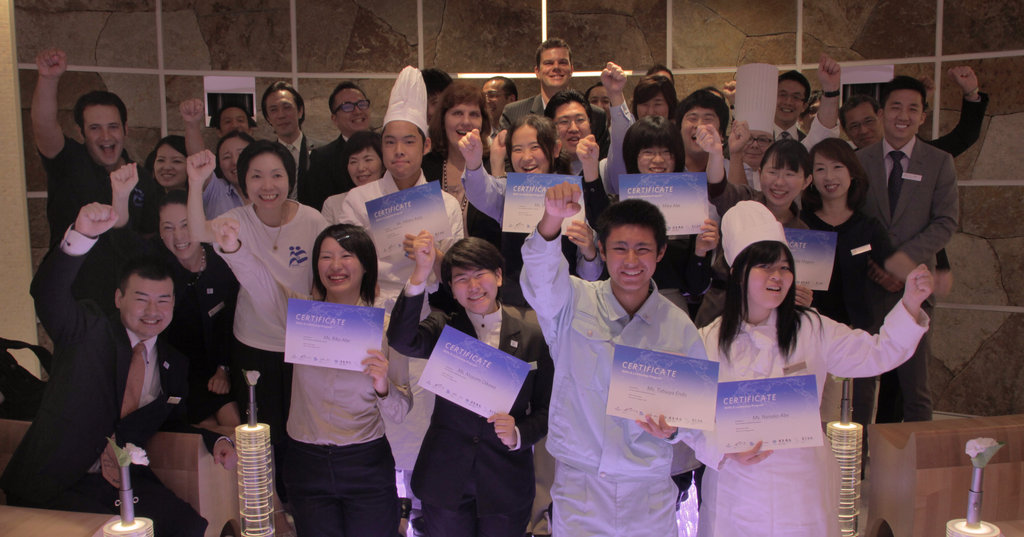 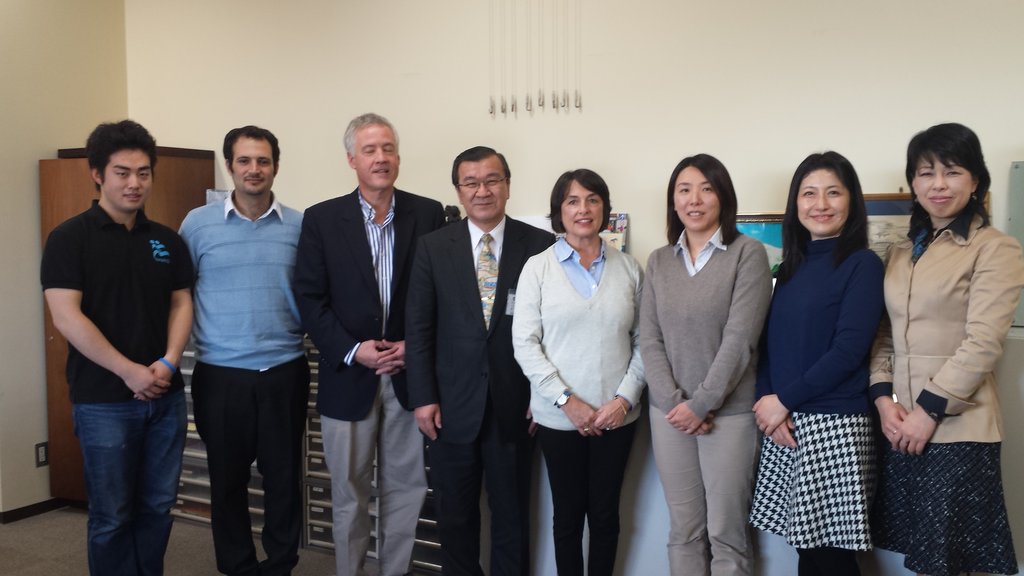 Andy and Jeanne Anderson visited Ishinomaki on December 2013, and had the opportunity to meet with the local partners we work closely with, and to take part in the various programs.

From September 2013, IsraAID’s activities in Ishinomaki have been succeeded by JISP: The Japan IsraAID Support Program. JISP is a Japan-based organization lead by Japanese and international experts with long experience in Tohoku disaster relief, working closely with IsraAID HQ in Israel.

-PTSD Prevention Training: Since September 2013, JISP has conducted 3 PTSD prevention trainings for local volunteers, teachers and social workers in Ishinomaki. Professionals in various forms of non-verbal expression therapy, such as Art Therapy and Drama Therapy, taught PTSD prevention methods to the participants. A total of 24 participants joined the workshops.

During the visit of Mr. and Mrs. Anderson, we met Mr. Sakai, the head of the Ishinomaki Education Department, and discussed in detail the expansion of our workshops for children and teachers in kindergartens and elementary schools in the wider Ishinomaki city area. The trainings plan to start as an official education department supported training program from the next Japanese educational year starting April 2014.

-Stress relief programs and community events: JISP, in partnership with Hilton Tokyo, the youth of Kagikakko café, and Ishinomaki municipality, conducted a community BBQ event for the local residents. The event took place on October 27th and presented art, music and other cultural activities for the local people. Food and beverages were also donated and served by the Hilton and JISP team. The event was an opportunity for the local youth to take action for their community. More than 2000 residents attended the BBQ event.

-Voices of Tohoku: Since September 2013, JISP has conducted life story interviews for more then 40 residents of Ishinomaki. Partnering with the head journalist and executive director of the local newspaper (Ishinomaki Hibi Newspaper), we have interviewed community leaders in various fields, each with stories they with the youth would learn from. These interviews have provided locals with the opportunity to share their stories to each other, and to release their stress. In addition, JISP has partnered with the local Ishinomaki museum (Ishinomaki NEWSee) and is planning to open the first community archive in the museum in March, 2014. The JISP team has printed an Ishinomaki community book that includes photos and stories from the interviews, and will distribute it to the local residents during the opening event of the archive.

We also had the privilege of including the Great East Japan Eqrthquake story interviews of Mr. and Mrs. Anderson as part of the Voices of Tohoku Ishinomaki archive.

During 2014, JISP in partnership with the Taylor Anderson Memorial Fund will expand its activities in Ishinomaki and will conduct PTSD prevention training and stress relief activities for 50 teachers and 300 students of Ishinomaki area. JISP will conduct a further 120 life story interviews for Ishinomaki residents as part of the Voices of Tohoku project, and will launch the first community video archive in Ishinomaki NEWSée.

Further, JISP is currently planning a leadership summer camp for high school and college students of Ishinomaki, through a partnership with college students of Harvard University, Stanford University, Yale University, various other prestigious colleges in the US. The theme of the camp is to form a student think-tank in the local community that will not on ly provide the locals with innovation, but also provide the participating students an educational opportunity to interact with role-models from around the world, and to get involved in solving local community problems as part of the long-term recovery process. 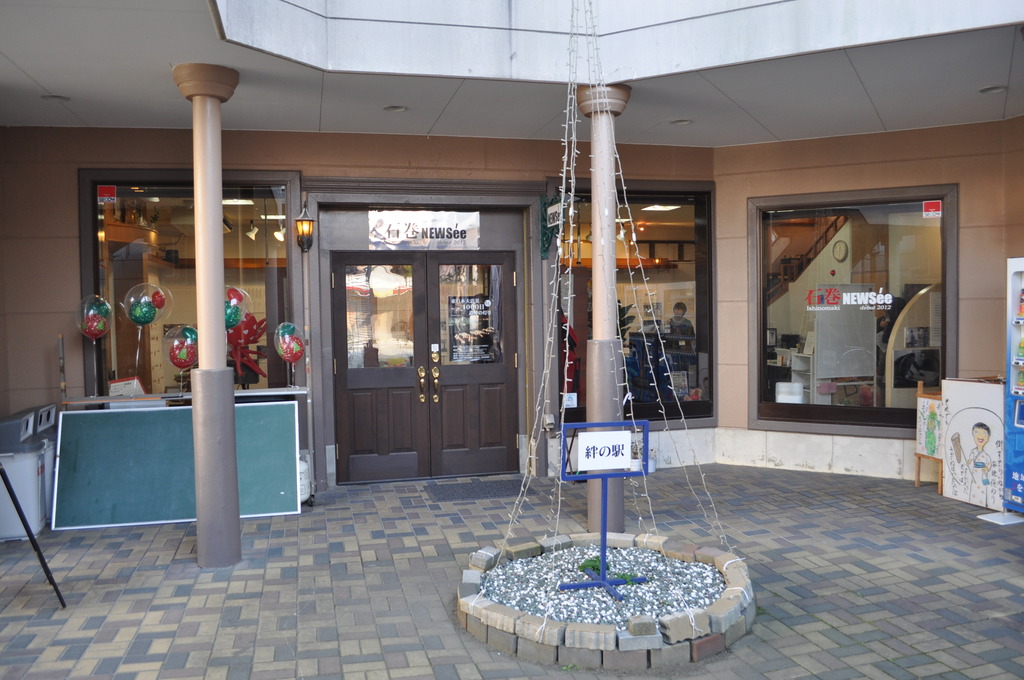 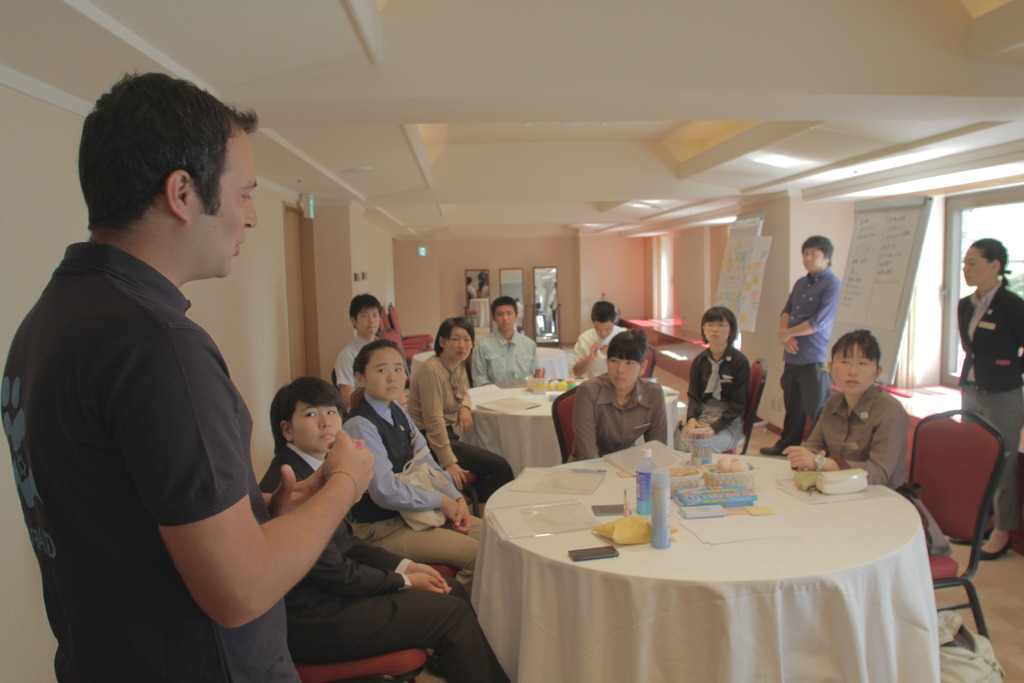 Since the official launching of Smile together Ishinomaki, IsraAID with the support of the Taylor Anderson Memorial Fund has conducted various activities in partnership with local authorities and local NPO's. These activities include: PTSD professional trainings, Stress relief activities for the affected communities, Life story interviews as part of Voices of Tohoku project and youth leadership training for local high school students. In addition, IsraAID staff built trust with local partners in order to create a sustainable support model for years to come.

- PTSD prevention training: Since May, 2013 IsraAID has conducted 5 PTSD workshops in partnership with Project YUI, Team Ohkan and Ishinomaki city hall. The workshops were guided by IsraAID therapists and participants included School teachers and counselors, Kindergarten teachers, City hall staff and NPO workers. All together 4 therapists and 35 participants attended.

- Voices of Tohoku: IsraAID officially launched the Voices of Tohoku project in Ishinomaki. In this project IsraAID staff interview residents who were affected by the tsunami and build a community archive in partnership with Ishinomaki local museum and media companies. IsraAID team in Ishinomaki has already created a community book which is now in the process of printing (supported by HP), and interviewed the vice mayor of Ishinomaki as well as some of the local residents affected by the disaster.

-Youth leadership:  IsraAID partnered with Hilton Tokyo and Nippon foundation to support "Kagikakko", a community café lead by high school students. In this project IsraAID and its partners will provide 30 high school students from Ishinomaki with the opportunity to learn communication skills as well as receive hands on training in the field of Hospitality, cooking and the service industry from Hilton's professional trainers. IsraAID & Hilton have conducted 2 days of training in Ishinomaki, and 6 days of training in Hilton Tokyo. During these trainings the "Kagikakko” group received training in cooking, English, leadership and creative thinking. During the Hilton training the participants also received a special certificate signed by Hilton General Manager, Mr. Jamie Mead. Feedback from the participants were extremely positive mentioning these trainings provided them with practical tools and skills for their job in the community café as well as communication skills and motivation to become active in their community.

In addition, IsraAID participated in an event organized by Bennesse Corporation that was focused on creative thinking and presentation skills. The event took place in Sendai and 40 youth from all over Tohoku participated.   Bennesse has a program called Route H which provides scholarships for Japanese students to top American Universities (Harvard, Yale, Stanford, Princeton, etc.). Among the group leaders were eight Route H students who were looking for a constructive way to help Tohoku youth gain leadership skills to benefit Tohoku communities. The participants rated the event 4.9 out of 5 with the most common feedback being more time was needed. Press coverage included a 2 minute NHK segment. 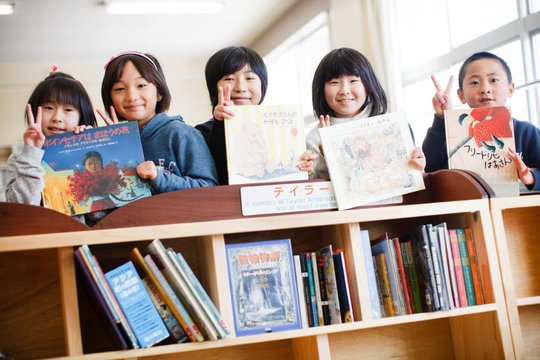