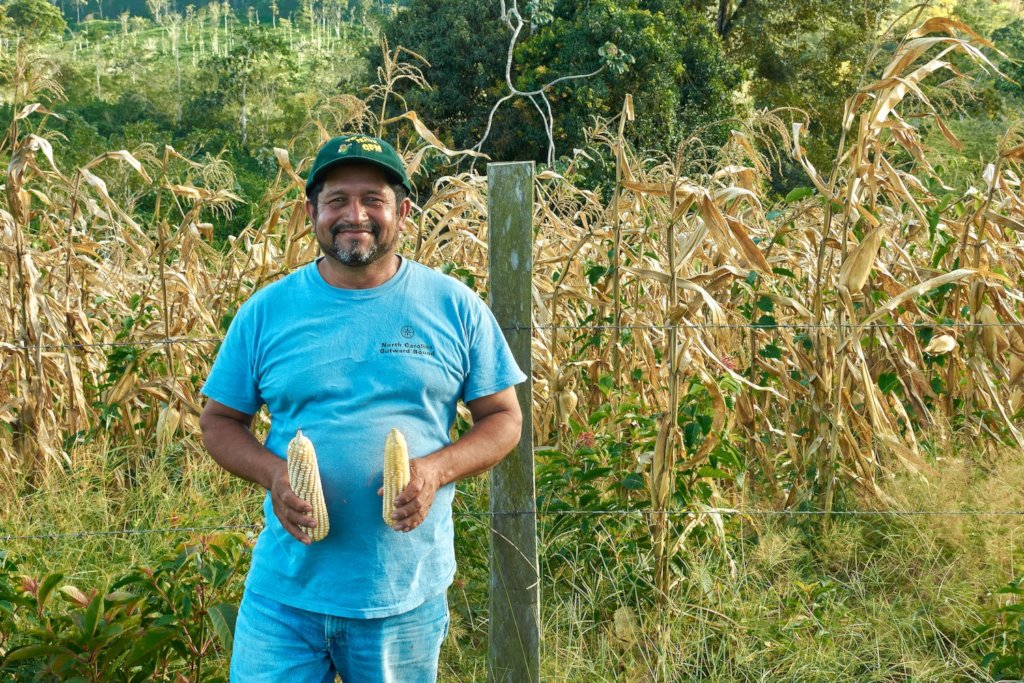 Ariel with the QPM harvest (photo by Alex Herrera)

Ariel is without a doubt one of the most recognized seed corn producers in the community of Las Minas, Nicaragua.

Originally from the town of El Rama, Ariel arrived in Las Minas in 1994 when he married his wife, who was from there originally.  Needing to support his family and not finding work locally, he emigrated to the neighboring country of Costa Rica from 2002 to 2006, where he worked as a field hand.

Ariel returned to Nicaragua in 2007 after realizing that the work he was doing only generated profits for others.  He began to work his own land, returning to Costa Rica periodically to earn money by harvesting coffee.

When Ariel first returned to Nicaragua, farming was totally different.  Corn was planted by throwing the seed over the ground and then covering it with the stubble from the previous crop.  With this planting system, he harvested yields of only 30 to 40 bushels per acre.

In 2011, Ariel learned that the priest in his community had organized a group of farmers to work with Self-Help International.  They were planting corn plots and evaluating different varieties to observe which ones behaved best in that area. The group also began to receive training in the double-row planting system. Soon, Ariel was one of several farmers chosen to produce high-protein (QPM) seed corn.

Thanks to the training that Self-Help provided, Ariel is now able to harvest nearly 100 bushels of corn per acre. Plus, the certified seed he now grows can be sold for a higher price.  He has a goal of producing 500 bushels of certified seed corn each year to be distributed throughout the region by agricultural input dealers, so that other small producers of the region can also benefit.  In addition, he will grow 12 acres of commercial corn because it can be sold sooner than the seed corn.  His motto now is, “Plant less but harvest more.”

With extra profits from his seed corn production, Ariel has been able to purchase tools that make his field work easier, such as a sprayer for applying agro-chemicals.  Self-Help also helped him obtain a gasoline-powered corn sheller, which is used both by him and by other farmers in the community.  He has made several improvements to his home, too.  For example, because he lives far from the electrical grid, he installed solar panels on his roof for lighting his house.

Ariel and his wife have managed to help their children obtain better educations.  Currently, they have one child who is an engineer in sustainable rural agriculture, a teacher who is still studying, a barber, and a high school student who helps with the field work. All of this they attribute to their collaboration with Self-Help.

Ariel is a responsible farmer who is also a respected leader in his community.  He has formed a group of 22 other small producers who have taken advantage of the agricultural financing offered by Self-Help to help them purchase crop inputs.  His group has had a 100 percent repayment rate on their loans.  Thanks to his efforts, these producers have improved their quality of life and contributed to the well-being of their community. 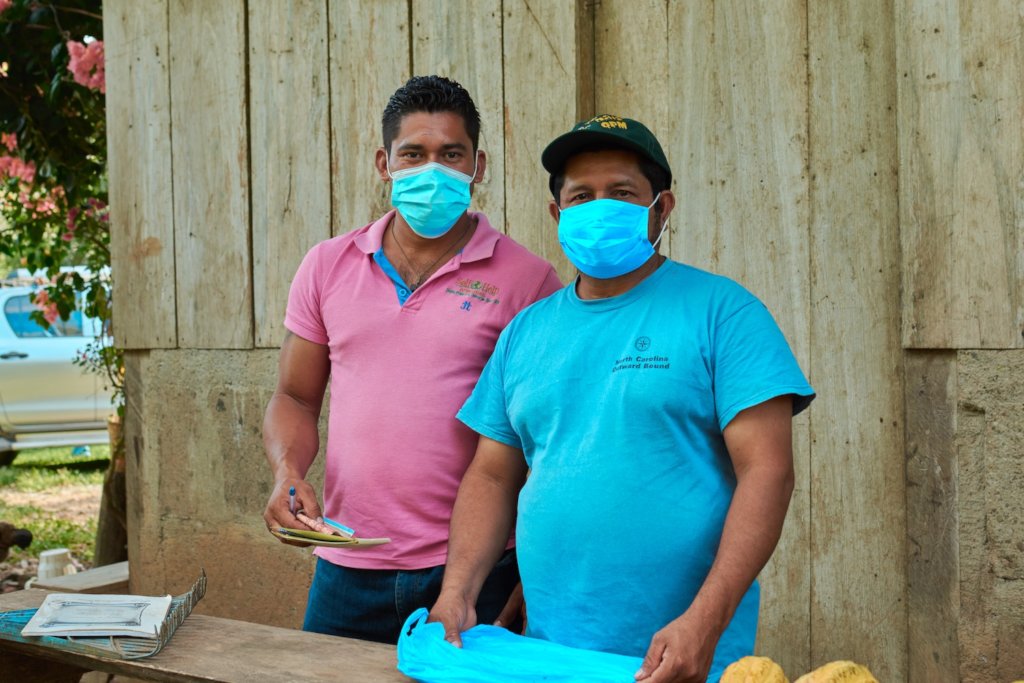 Project Leader:
Katie Seifert
Waverly, IA United States
$4,213 raised of $7,020 goal
You last donated to this project on
66 donations
$2,807 to go
* Amounts in US Dollars
Donate Now
Donate once
Donate monthly
$10
USD
provides seed to cultivate a half acre of Quality Protein Maize to improve family nutrition
›
$25
USD
will provide the plants and drip irrigation for 1 family to start up a home garden
›
$400
USD
Provides inputs and maintenance of the garden & maize demonstration plots for 2 month
›
$2,000
USD
Provides security & maintenance of the maize and bean experimental plots for one year
›