Shelters for Women in Iraq 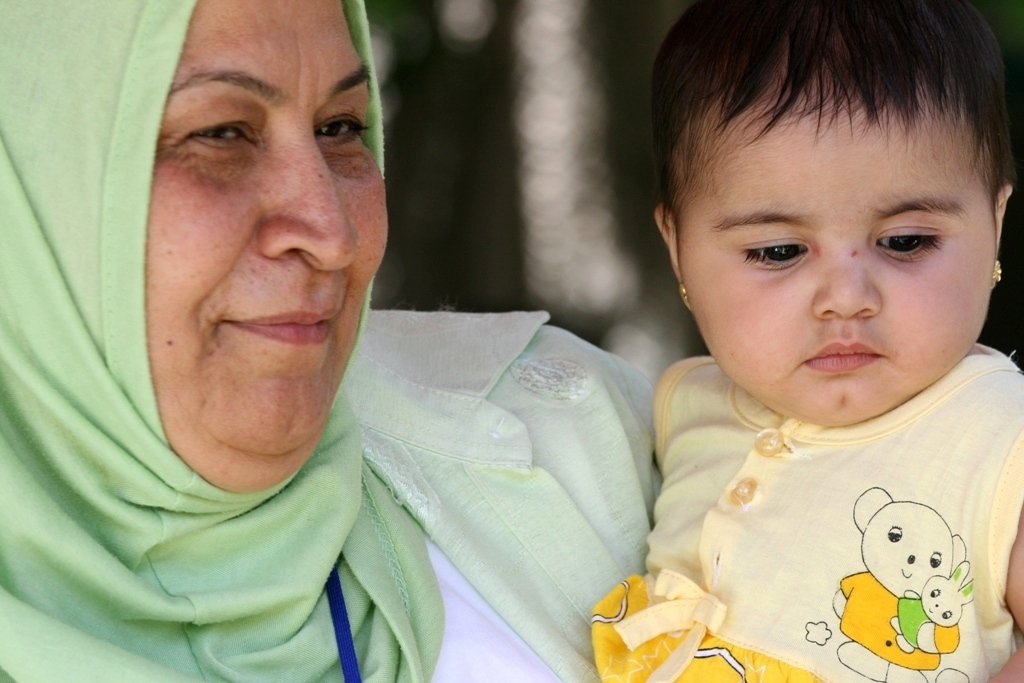 In Iraq, the Organization of Women’s Freedom in Iraq (OWFI)’s network of shelters and safehouses are the only refuge of their kind for women and girl survivors of ISIS violence, and have proved critical in helping survivors and their children integrate back into communities and build a better future.

Sadiya* is one of these survivors, who now wants to share her story with the world to call for justice.

Sadiya is from a town in northern Iraq, where she lived peacefully for many years with her husband, an Iraqi security forces agent. When ISIS took control of her town in 2016, Sadiya’s husband was forced to flee for his safety. ISIS later interrogated Sadiya about his whereabouts, but she protected him and refused to reveal his location. Displeased with her response, the ISIS members detained Sadiya for nearly two weeks, where she was subjected to continuous sexual and violent assault. Following Sadiya’s release, her husband returned home – but was unable to accept Sadiya’s experience at the hands of ISIS. He accused Sadiya of inflicting shame upon their family by “giving herself” away and began frequently beating her. Her husband later remarried but enslaved Sadiya as the new couple’s servant by stealing her legal documents, leaving her with little hope of escape.

OWFI was alerted to Sadiya’s case last year and coordinated a rescue effort to bring her to their safehouse. After a year of holistic support from OWFI–including shelter and psychosocial counseling–Sadiya has healed from some of her trauma and improved her physical and mental well-being. She stated, “Without OWFI I would have been dead because of my husband’s abuse and the shame I experienced from my family for something I didn’t have any control over.” Sadiya reports that she is now a stronger person, and thinks of herself as a survivor, not a victim.

In fact, Sadiya leveraged this strength to provide a testimony of her experience at MADRE’s and OWFI’s newly-launched truth and accountability hearings, which are a series of community-led gatherings designed to bring together survivors, along with Iraqi judges, United Nations accountability mechanisms, and civil society groups, to acknowledge the experiences of survivors of ISIS violence and promote healing and community acceptance. Upon learning of the hearings, Sadiya was overjoyed at the possibilities of redress and bravely suggested taking part in order to bring international and local attention to survivors’ stories, like hers.

Thank you for supporting MADRE’s and OWFI’s efforts to protect and heal survivors of ISIS violence, such as Sadiya, and advocate for justice! We couldn’t do this vital work without you.

Since the death of her husband at the hands of ISIS four years ago, Hayat* and her child have lived with her brother and his wife in Western Iraq. When Hayat’s brother began physically abusing her after she refused to marry a 65-year-old man, a local leader reached out to the Organization of Women’s Freedom in Iraq (OWFI) to request their intervention. Thanks to your generous support, OWFI was able to welcome Hayat and her child into their safe house for two weeks where they received food, clothing, medical attention, and psychosocial support.

During Hayat’s stay at the safe house, her brother reached out to OWFI, expressing regrets about his behavior and asking for his sister’s forgiveness. Following OWFI’s mediation, Hayat voluntarily agreed to return to her brother, who was required to sign a pledge, in the presence of witnesses, stating that he will care for and support his sister, as well as protect her from any violence. Hayat extended her deep gratitude for OWFI before she rejoined her brother’s household, sharing, “I thank you from the bottom of my heart for giving me and my child a place to stay and providing us with everything we needed. I felt like home here - the care and love [OWFI] showed us is something that I had not received from the people closest to me.”

We are proud to share that pledges such as the one OWFI facilitated between Hayat and her brother have proven effective in holding families accountable: not a single incident has been reported within families who have signed the pledge. With your ongoing support, OWFI can continue to improve the lives of women, like Hayat, and their families! 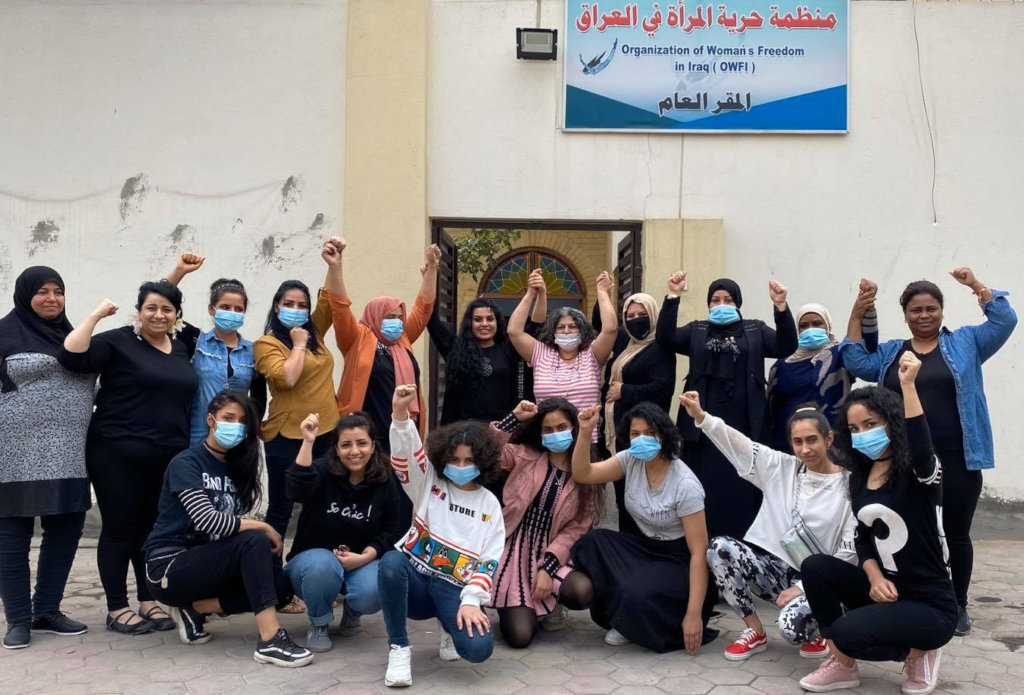 Last January, the Iraqi government filed a lawsuit to crumble the Organization of Women’s Freedom in Iraq (OWFI), a longtime MADRE partner who provides crucial protection for women escaping violence and discrimination. But OWFI prevailed! After a long legal attack on OWFI’s brave truth-telling and life-saving work for Iraqi women and girls, a judge recently dismissed all claims against them.

We are proud to continue uplifting OWFI’s work to provide essential protection to women and girls, including operating a nationwide network of shelters and safe houses for women currently deemed illegal in Iraq. This network, for example, was a vital source of support for women and girls targeted for rape and sexual slavery by ISIS. OWFI stepped up, mobilizing to provide care, counseling, and shelter for survivors and those at-risk of ISIS violence. Their work continues to be recognized and applauded by local judges and authorities across the country — for the very same work that their government attacked.

MADRE’s team of legal experts helped support OWFI through this long legal battle, demonstrating our steadfast support for partners through thick and thin.

OWFI’s victory is a testament to their crucial work and dedicated commitment to advancing women and girls’ rights in Iraq. Thanks to your support, OWFI can continue their efforts to safeguard what may be the only path to safety for women and girls escaping honor killings, domestic violence, and sexual abuse, ensuring that everyone receives the care and support they need to heal and thrive.

Living under ISIS control and suffering from trauma, Sonia* turned to one of the women’s centers created by the Organization of Women’s Freedom in Iraq’s (OWFI). There, she received psychosocial support to aid her recovery as well as English and sewing classes to help her create a brighter future for herself. After completing her courses, OWFI connected Sonia with folks at a clothing factory where she was hired as a tailor! Thanks to your support, Sonia had the space to process her trauma, recover, and build new skills. She wanted us to share with you that her energy has been reignited and she’s hopeful for the future. Thank you for making this life-changing work possible!


*Name has been changed to respect the privacy of the individual

Creating Connection Despite the (Social) Distance

As the pandemic continues to spread, our partners must continually adapt their work to keep their communities safe and our partner, the Organization for Women’s Freedom in Iraq (OWFI) is no exception. Throughout the pandemic, OWFI has worked hard to provide safe spaces for women and girls seeking shelter. And they’ve done everything they can to ensure those shelters are healthy places to be, stocking them with hygiene materials and protective equipment.

A critical aspect of OWFI’s services is offering holistic empowerment services for women, but gathering for those services, such as mentorship sessions or trainings, has become impossible due to COVID. That’s where you came in.

Thanks to your help, MADRE was able to increase OWFI’s ability to connect with local women by supporting a secure Zoom account for their use. Now, OWFI can safely organize empowerment sessions and one-on-one mentorship sessions -- services that are even more vital during such stressful and uncertain times. Thank you for making this simple, yet vital service available to our partners -- we’re so grateful to have you standing with us!

Project Leader:
Yifat Susskind
New York, NY United States
$13,811 raised of $15,000 goal
You last donated to this project on
324 donations
$1,189 to go
* Amounts in US Dollars
Donate Now
Donate once
Donate monthly
$25
USD
secures transportation for one woman and her children to a shelter
›
$60
USD
buys new clothing and toiletries for one woman and her children
›
$100
USD
goes toward medical expenses for a woman who survived abuse
›
$250
USD
supplies one shelter with food for a week
›
$500
USD
contributes to the down payment on a new shelter
›
$750
USD
provides one woman with a one-month stay at a shelter
›
$1,000
USD
provides two weekly group therapy sessions with a counselor for one year
›
$2,000
USD
provides one daily security guard for one year
›

GlobalGiving
Guarantee
Donate https://www.globalgiving.org/dy/cart/view/gg.html?cmd=addItem&projid=17501&rf=microdata&frequency=ONCE&amount=25
Please Note
WARNING: Javascript is currently disabled or is not available in your browser. GlobalGiving makes extensive use of Javascript and will not function properly with Javascript disabled. Please enable Javascript and refresh this page.