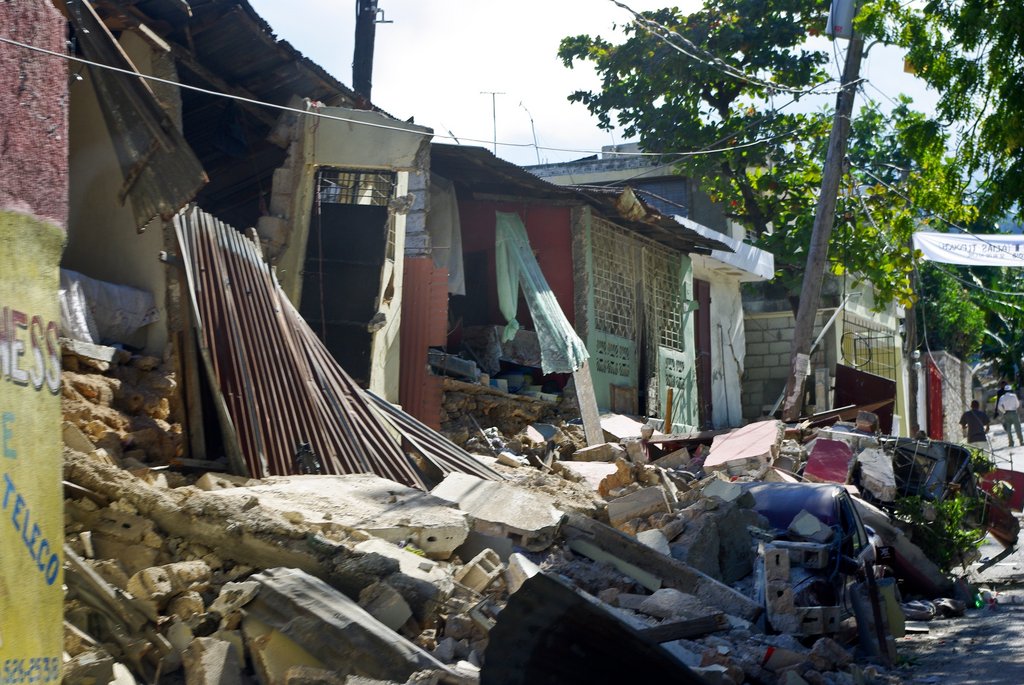 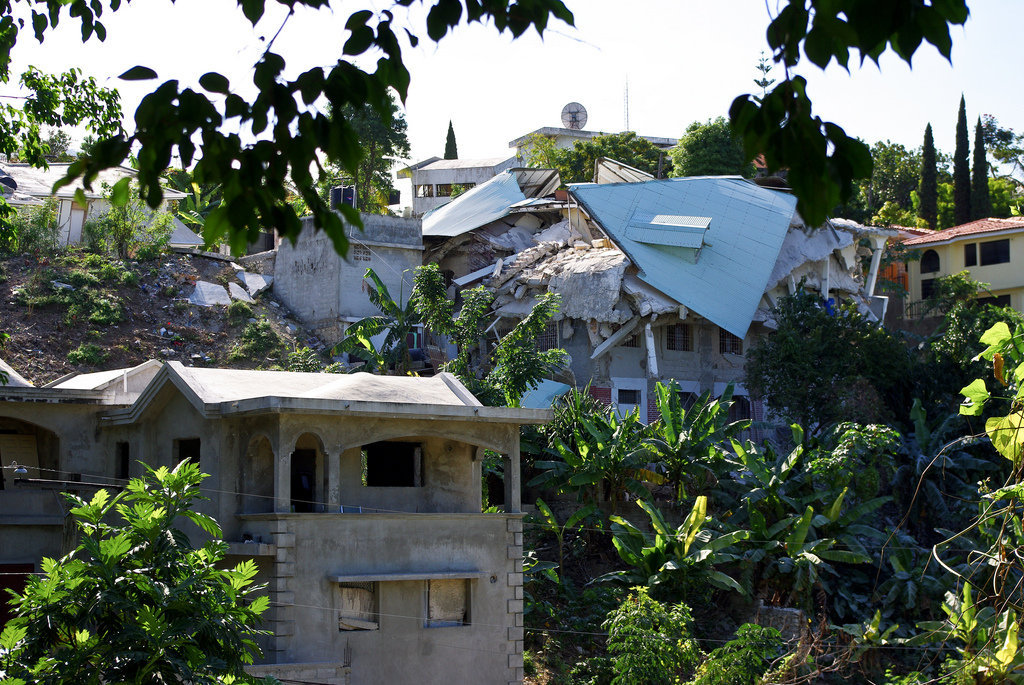 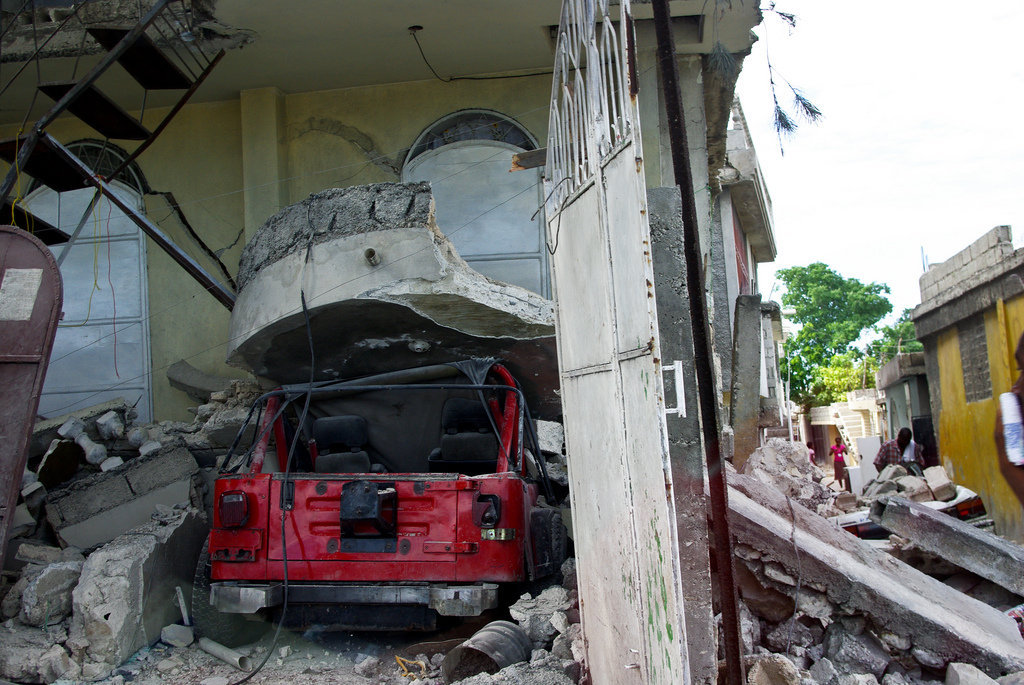 Aftershock Rocks Port-au-Prince; Save the Children Undeterred in Mission of Delivering Urgent Relief

Save the Children staff in Port-au-Prince, Haiti are assessing the impact of this morning’s strong 6.1 magnitude aftershock – even as they continue working nonstop to deliver lifesaving relief to children affected by the epic January 12 earthquake.

“Children and families are still sleeping in the open, among the rubble. They are very vulnerable – this aftershock would have terrified them. We are working flat out to assist them, bringing in supplies and rolling them out to the people who need them as fast as we can,” said Annie Foster, Save the Children’s team leader in Port-au-Prince.

Save the Children is undeterred by this latest aftershock. Essential relief we began within hours of the earthquake goes on and, day by day, is being expanded to reach more children in and around the rubble of Port-au-Prince and nearby communities.

Highlights of the past 48 hours in our efforts – made possible by our donors’ outpouring of support, include:

- Distribution of 16.5 tons of drugs and medical supplies provided by AmeriCare to health technicians in Leogane and to the general hospital in Port-au-Prince.

- Opening the first of hundreds of Child Friendly Spaces planned so that children living in temporary camps have a respite from the tremendous stress and strain they are experiencing. 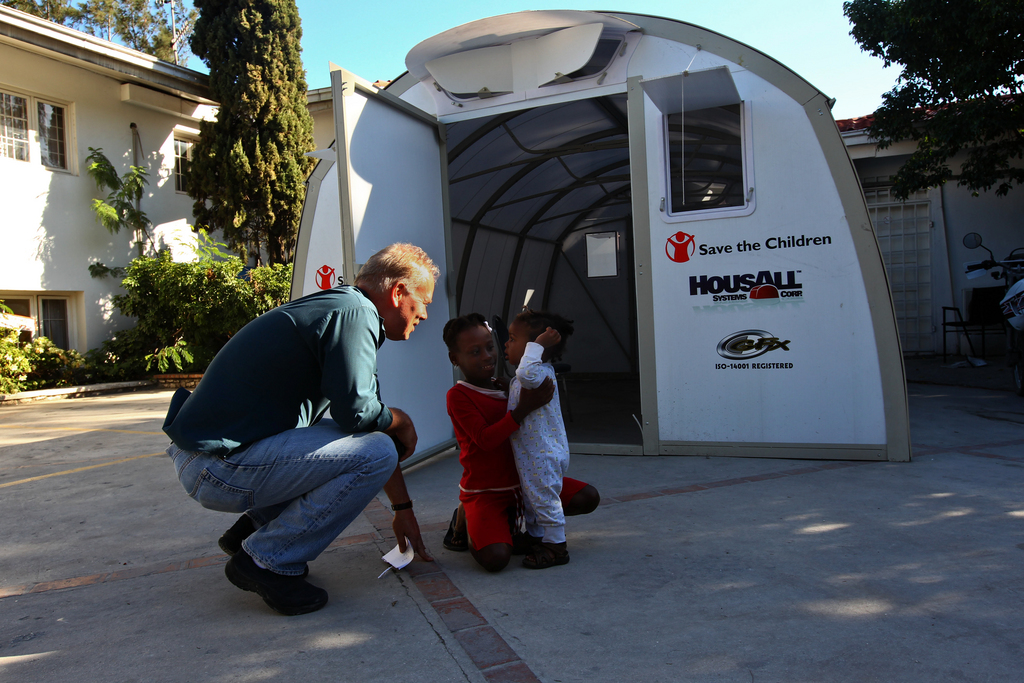 Save the Children-Safe Spaces for Children & Families

Save the Children staff is helping to distribute food, water and supplies at Hospital Espoire in Port-au-Prince. 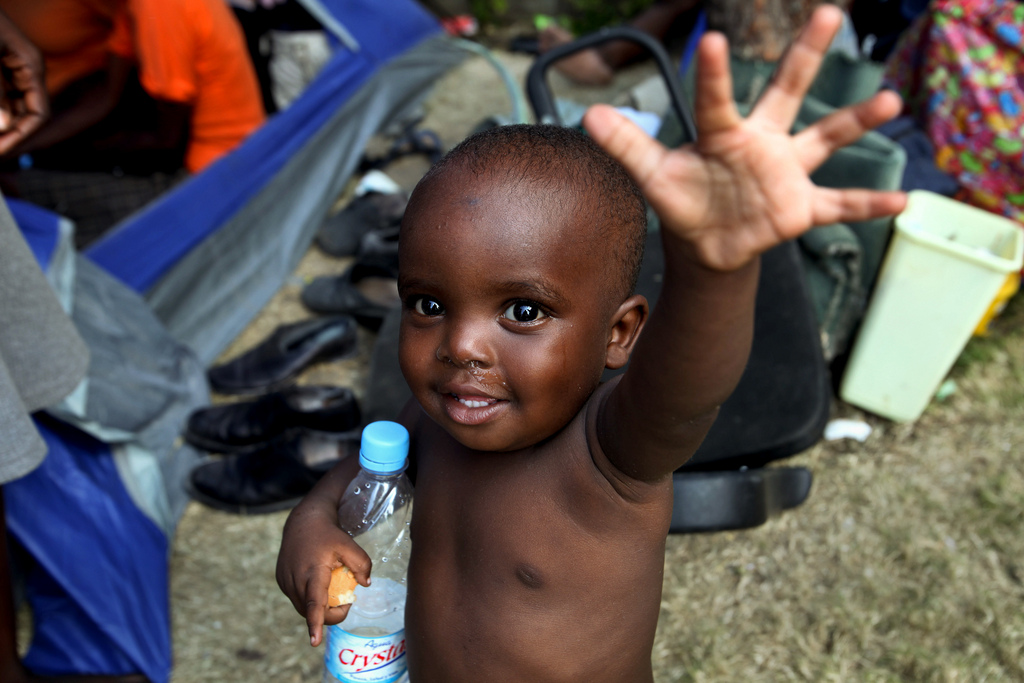 Save the Children-Child with clean water 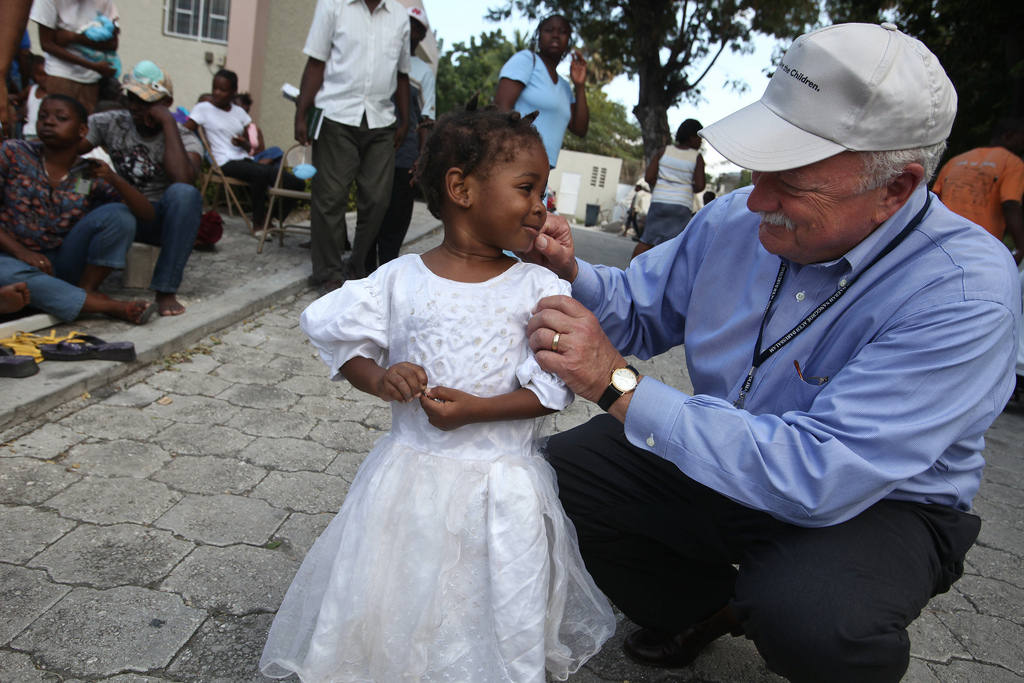 Save the Children CEO, Charles MacCormack, in Haiti

Save the Children has worked in Haiti continuously since 1978 and launches immediate relief for children affected by the island’s frequent natural disasters. Local staff members in Port-au-Prince have been joined by our international disaster response experts and are working around the clock and in coordination with the Haitian government, donors, nongovernmental organizations and communities to provide relief.

Save the Children’s Response:

• On January 18, Save the Children opened the first Child Friendly Space in a church serving as a temporary shelter. Child Friendly Spaces allow children to take part in structured, supportive activities and recover from what they’ve experienced. Kits for us to open 70 other spaces arrived in the Dominican Republic on January 18 for immediate transport to Port-au-Prince. Save the Children plans to open hundreds of these essential sites for children.

• Two mobile health clinics will begin serving the basic health needs of children and families right in their neighborhoods on January 19.

• Supplies of water and other materials arrived in the Dominican Republic on January 18 and are being forward to our Port-au-Prince office by truck.

• On January 17, we received as shipment of 16.5 tons of medical supplies from AmeriCares.

• Medical supplies were distributed by Save the Children’s response team and a partner agency on January 15 to 14 hospitals and clinics throughout the Port-au-Prince region.

• Our staff continues to assess the situation in Leogane and Petit Goave, both west of Portau- Prince and Jacmel, all of which have sustained heavy damage.

• In Jacmel, Save the Children staff is participating in coordination meetings, leading the coordination of the health relief effort and has been asked by UNICEF to work in two camps.

• Save the Children has committed to a five-year “build back better” initiative, which will take us from the relief and recovery phase to working with families to rebuild their communities. The strategy is similar to the five-year rebuilding initiative Save the Children launched in Aceh Province, Indonesia following the epic December 2004 tsunami. 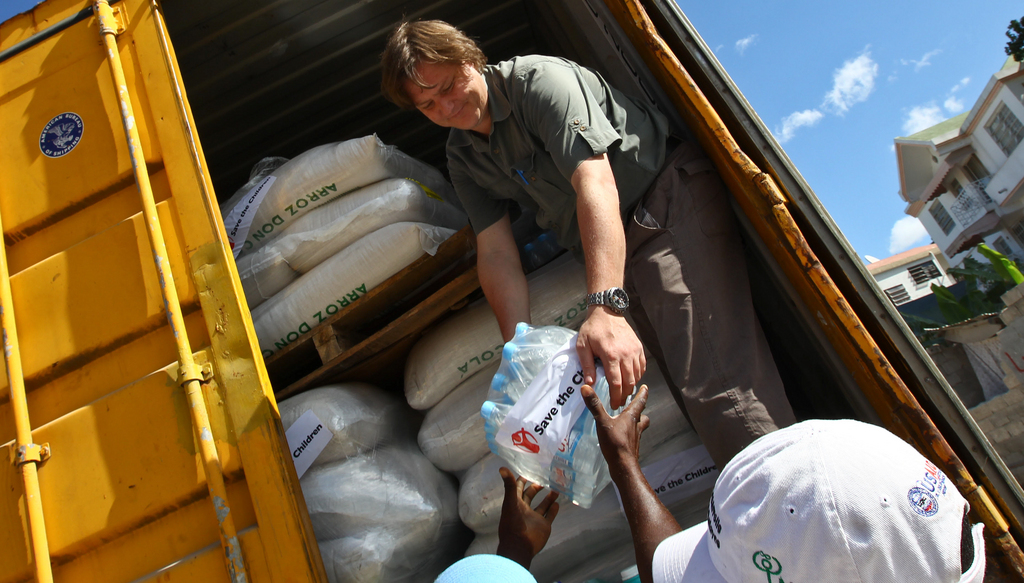 Save the Children emergency advisory, Ian Rodgers, in Haiti 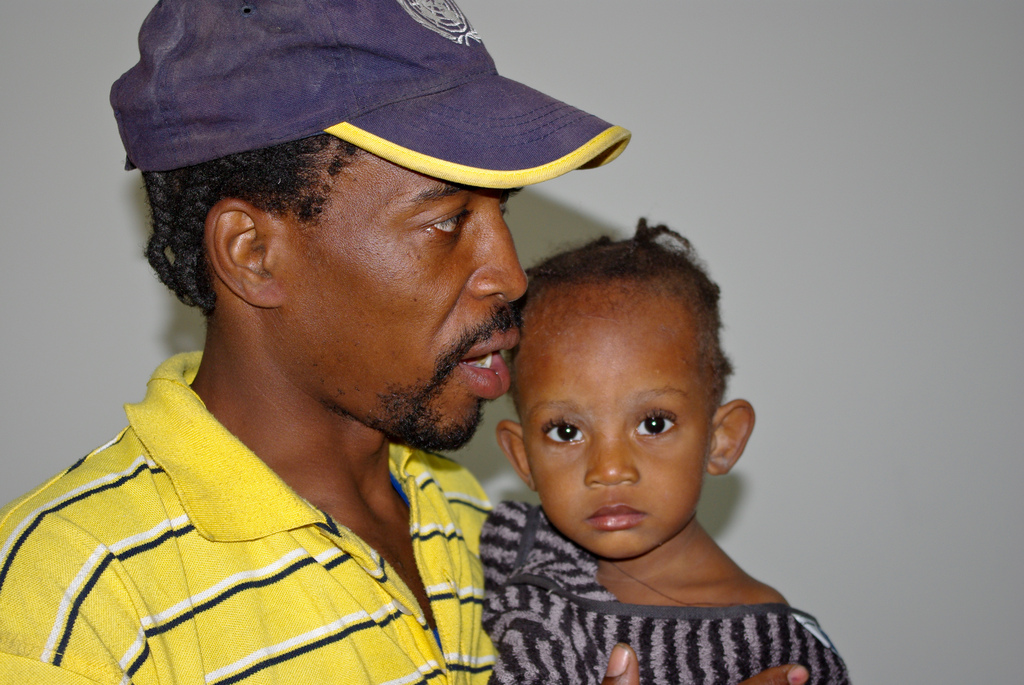 WESTPORT, Conn., (Jan.15, 2010) — Save the Children staff in Haiti gave emergency medical attention to a baby girl pulled from the rubble Friday afternoon, nearly three days after an earthquake flattened much of Port-au-Prince.

Winnie, not yet 2 years old, was pulled from the rubble with help from an Australian news crew filming near Save the Children’s offices. Save the Children medical experts determined the girl to be dehydrated, but expect her to recover well. Unfortunately, Winnie’s parents were killed in the collapse of the family’s home. Her uncle, Frantz Tilin, arrived to find her after losing his own wife in the earthquake.

Throughout Haiti’s capital city, earthquake survivors in need of attention are lying on the streets outside of hospitals. Save the Children emergency responders are on the ground, distributing medical supplies to hospitals and clinics that have been left with almost nothing. Several Save the Children teams are also assessing health needs in temporary camps in the most devastated neighborhoods. “We are seeing dazed, dehydrated parents walking the streets with their children, searching for clean water, food, and shelter” said Annie Foster, Save the Children’s emergency team leader.

“Many are starting to congregate in open spaces, setting up makeshift camps. They are particularly fearful of being in or near buildings, as strong aftershocks are continuing.”

“Save the Children will be starting safe space areas for children in these camps, and also beginning child tracing programs to reconnect children who were separated from their families during the emergency,” Foster said.

Additional emergency staff are en route to Port-au-Prince, including a team of logisticians and experts ready to provide support on education, livelihoods, child protection needs.

In the Dominican Republic, Save the Children staff have mounted a staging ground for relief supplies they are sending in overland to Haiti. Household kits and hygiene kits include essentials like blankets, soap, and Jerry cans to hold water.

Save the Children is partnering with AmeriCares, which is shipping 15 metric tons of medical supplies to Haiti and 40,000 liters of water, expected to arrive soon.

Save the Children has accounted for 52 of its 59 local staff members in Port-au-Prince, many of whom are doing whatever they can to aid the emergency effort, even while their own families and lives have been upended. Save the Children has been working in Haiti since 1978 and has provided emergency relief and assistance to Haitian children and families following various recent disasters, including hurricanes and floods.

Your donation is urgently needed to help Save the Children support Haitian children and families. 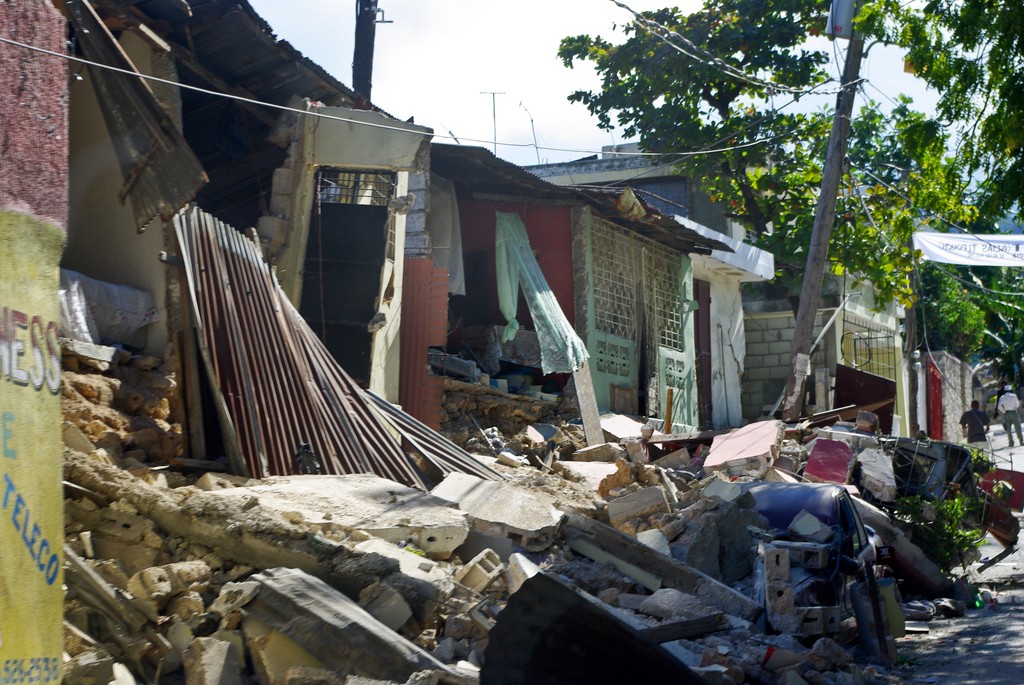 The January 12 earthquake and multiple aftershocks created enormous devastation and loss of life in the heavily populated city of Port-au-Prince, one of the centers for programming for Save the Children in Haiti. While staff safety and security are of immediate paramount concern, we have begun on-the- ground assessments and are designing a vigorous response strategy.

Save the Children has its main office in Port-au-Prince and sub offices in Jacmel, Massaide and Gonaives. While the main office in Port-au-Prince sustained damage and flooding from ruptured water lines, as well as damage to the perimeter wall, its condition relative to heavily damaged nearby buildings allow the property to serve as a center of activity and coordination. The three sub-offices were largely unaffected by the earthquake, most of the severe damage occurring in the actual city of Port-au-Prince.

46 out of 59 Port-au-Prince staff are accounted for as of today. Today we had teams of staff going to the areas where the unaccounted staff live to look for them.

“The destruction is everywhere and it’s still hard for emergency responders to reach many injured people at this point. Countless children and families need safe places to stay as well as basic household items to help them meet their immediate needs,” said Ian Rodgers, Save the Children’s emergency response adviser, who is currently in Haiti. “This is a major disaster that will require an intensive long-term response.” 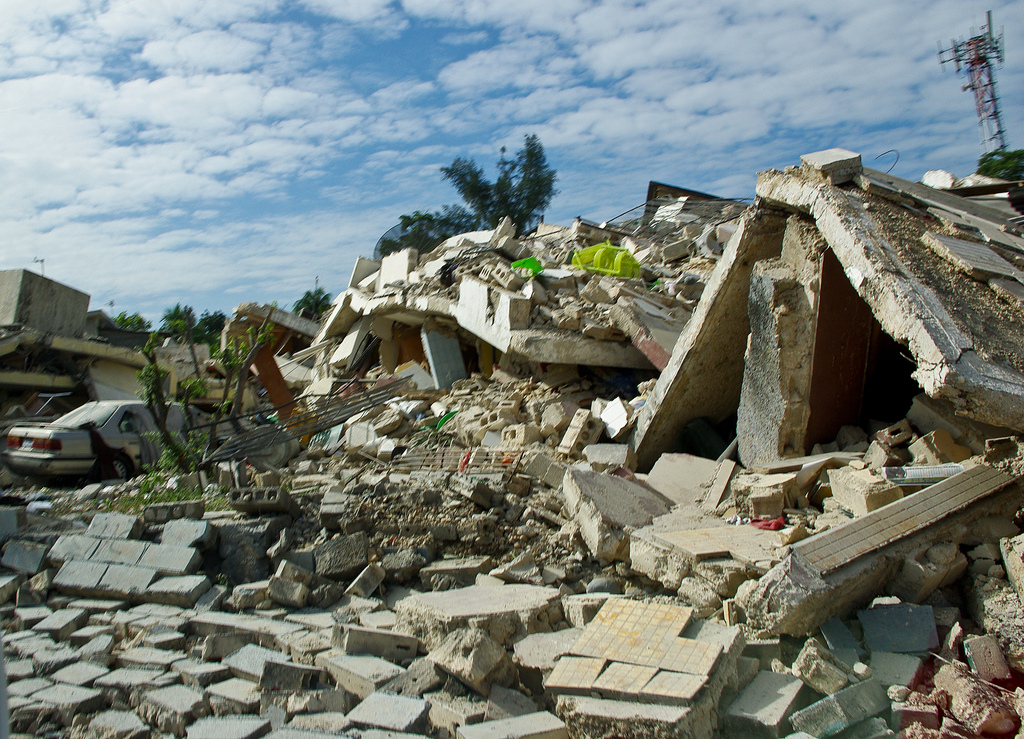 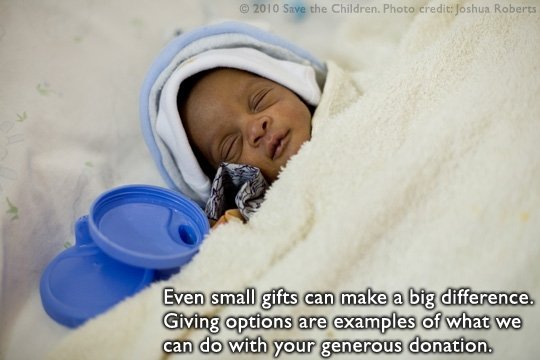