Charlie, Duma, Mattie, Mel and Penny - all rescued from the illegal pet trade. This project will return them to the wild. These five endangered spider monkeys, now a close knit family, will soon be released as part of Belize's first structured reintroduction, establishing a new population in the north east forest. This ground breaking approach will result in a replicable model for future spider monkey releases in Belize and the region, increasing long term viability of this species.

The highly intelligent and charismatic Central American spider monkey is one of the world's 25 most endangered primates. The exact population in Belize is not known, but it is rapidly declining across the region, as the forest habitat is cleared, and infants are poached for the illegal wildlife trade. Belize's strict wildlife laws result in confiscation of illegal pets that arrive, often injured and sick, at Wildtracks. Now rehabilitated, the challenge is to return them successfully to the wild.

Wildtracks has reintroduced endangered black howler monkeys in Belize with a 95% success rate - it is now time to do the same for spider monkeys. This project will raise the bar in endangered primate reintroduction for this notoriously challenging species. By using state of the art, cutting edge satellite technology and a skilled, dedicated field team committed to constant post release monitoring for an entire year, we will ensure the same release success as we achieve with the howler monkeys.

Spider monkeys are an important part of Belize's healthy forests - they play a critical role in seed dispersal, and have significant ecotourism value. This project supports the strengthening of conservation outcomes to improve long term viability of this species, in collaboration with the Belize Forest Department. The protocols developed will assist in strengthening reintroduction into the wild for the remaining spider monkeys in rehabilitation in Belize, and those elsewhere in the region. 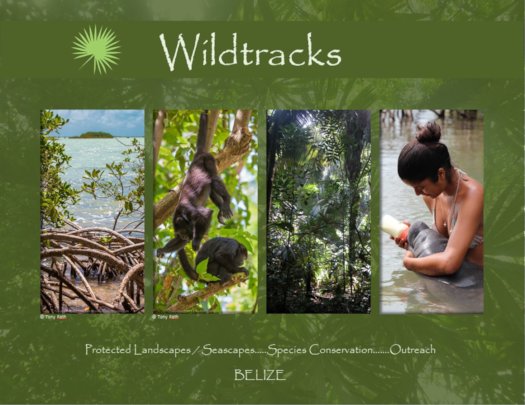