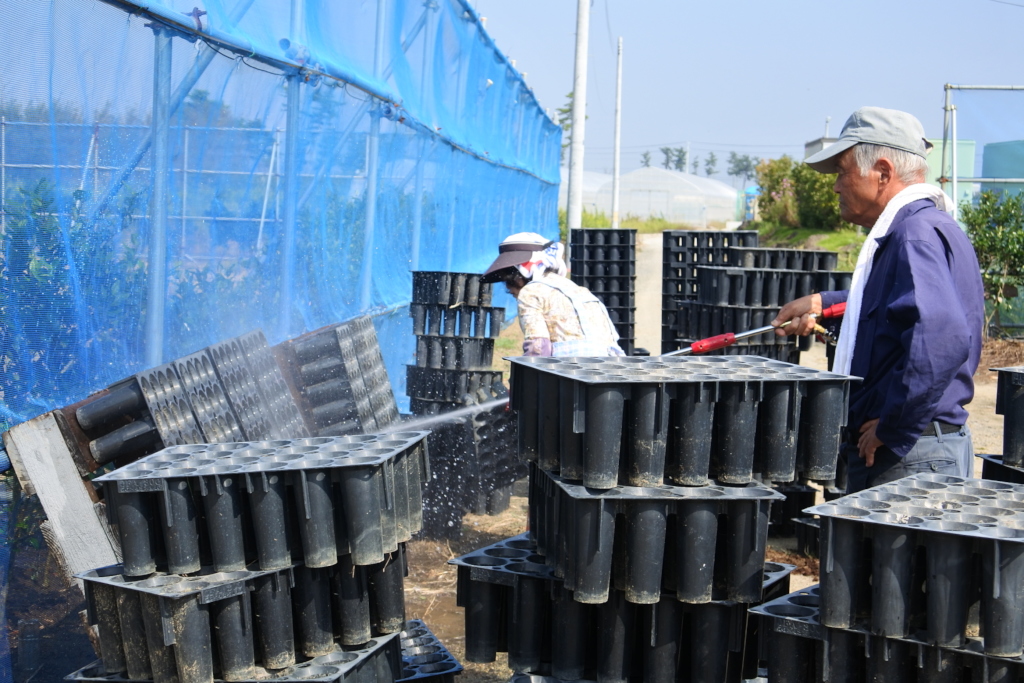 On behalf of the beneficiaries of the Coastal Forest Restoration Project in Natori City, Miyagi Prefecture, I would like to extend my gratitude for the generous support that you have extended into our project since 2011. I am Shota Kobayashi, a former journalist and currently an adviser of OISCA. Please allow me to share with you the conversations that I had with Mr. Koichi (74) and Ms. Shukuko (68). Both are core members of the Association for Rehabilitation of Coastal Forest in Natori City, a group helped formed by OISCA for the rehabilitation of the damaged coastal in Natori by the March 11, 2011 tsunami.

When asked what surprised him most about the project, Koichi answered how troublesome the weeds are. Since most of the seeds are flying from all different directions and are growing so fast, weeding is a bit labor-intensive. What`s more, watering during summer time, the work is not that hard but under the sweltering heat of the sun, it is tough.

Meanwhile, Shukuko, a part-time farmer before tsunami yet had never seed pine seeds mentioned how she was moved upon seeing the first buds of the pine seedlings that they sow. The experience was quite different from raising vegetables as the sowing period of black pines differs depending on the weather condition.

Both Shukuko and Koichi affirmed that seedling production is not that difficult as everything is set according to the plan. It is apparent that their skills have improved over the past few years.

Shukuko said that in spite of being an amateur in growing and raising black pine seedlings, they have been able to come this far because of their commitment to be of help for the future. Shukuko and the other members of the association are hoping that in the near future, their grandchildren will be proud of their work. Meanwhile, Koichi is telling his grandchild that within 10 years, he will be able to enjoy climbing the pine trees his grandfather helped raised.

Koichi lost his wife in the disaster and Shukuko barely escaped from the tsunami and was rescued by a rubber boat the next evening. In their completely changed life, seedling production and involvement into the project became a strong motivation to live.

Indeed, the tsunami have separated the community apart and created a havoc into the lives of a lot of people including Shukuko and Koichi but the established nursery under the project has become a new gathering place for them. The two agreed that working at the site and chatting with the other members were very enjoyable. Everyone may have aged by 5 years and their movement might become sluggish but their spirit and commitment towards the success of the project have not changed.

The Coastal Forest Restoration Project is not possible without the generous support of GlobalGiving donors. Donations are used in paying the daily wages of the members of the Association, including Koichi and Shukuko . 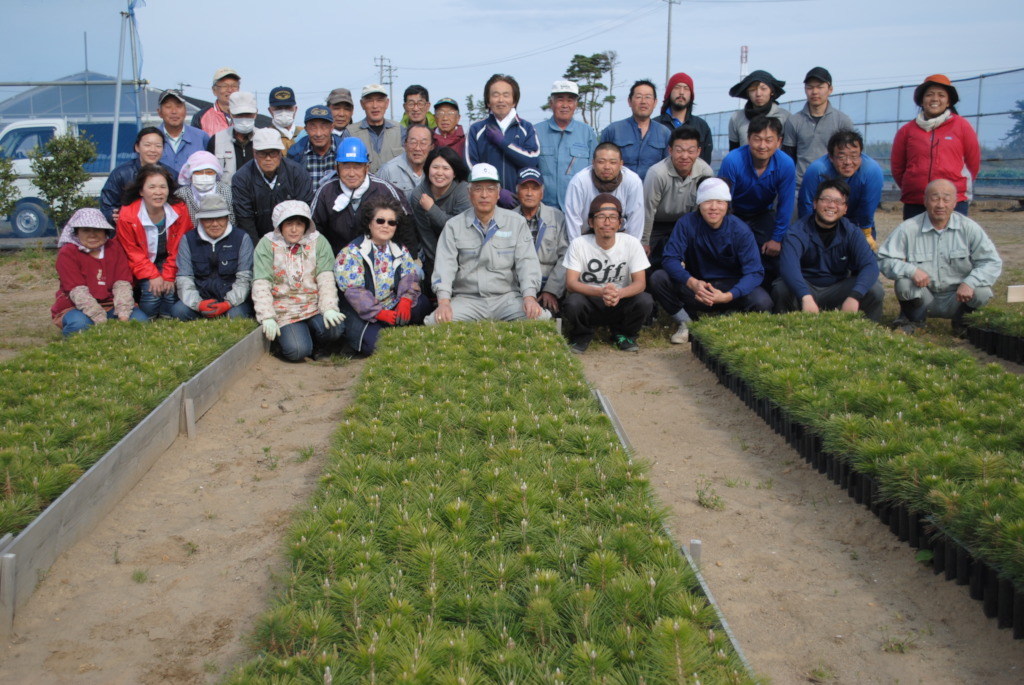 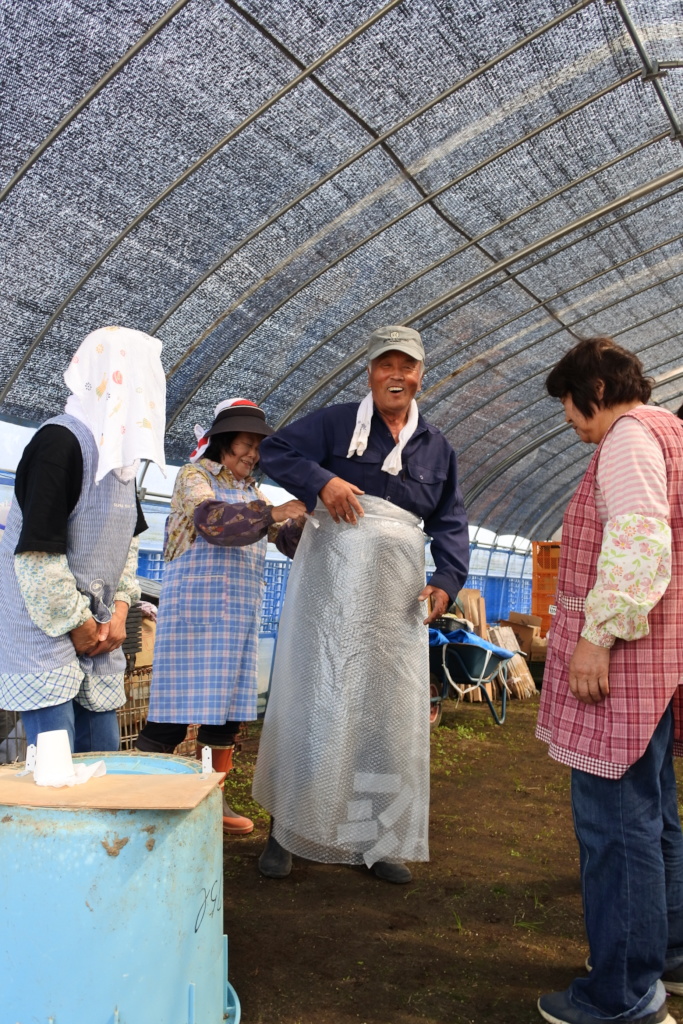 The camaraderie developed through the project. 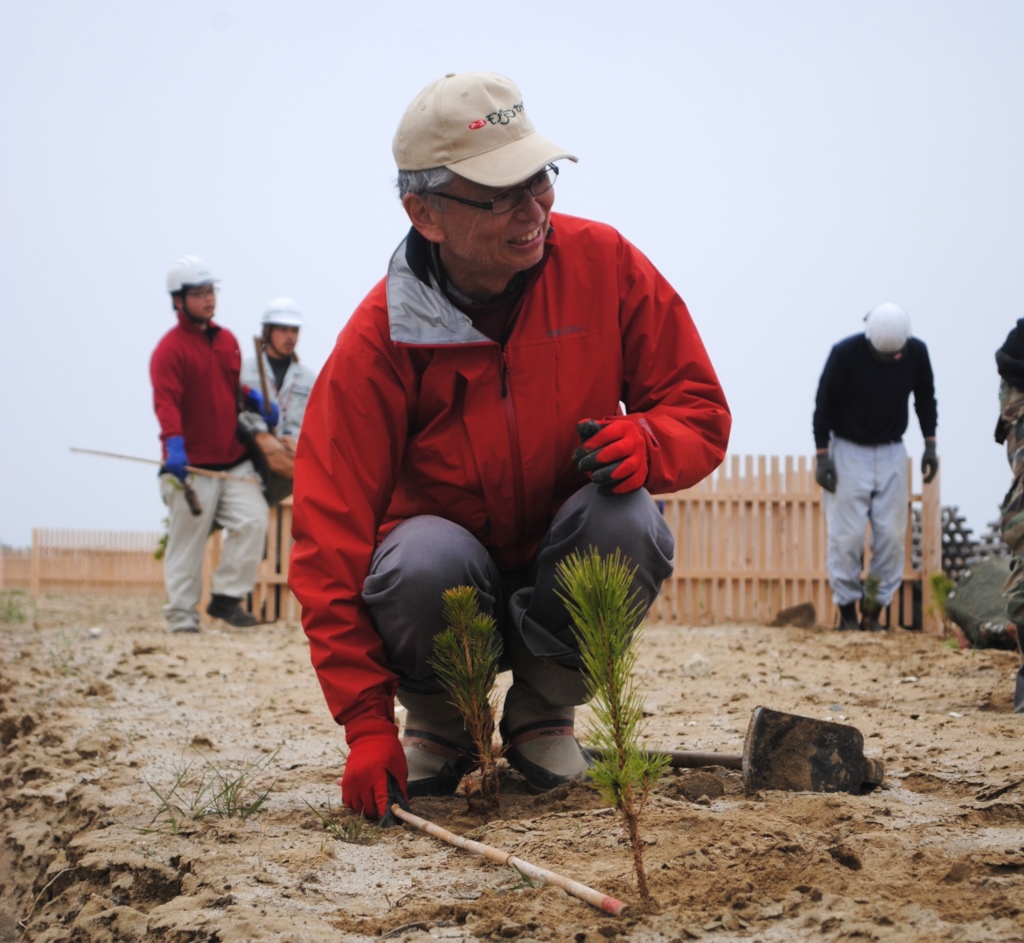 Author during the tree planting activity.