By Toshimichi Yoshida - Director In Charge 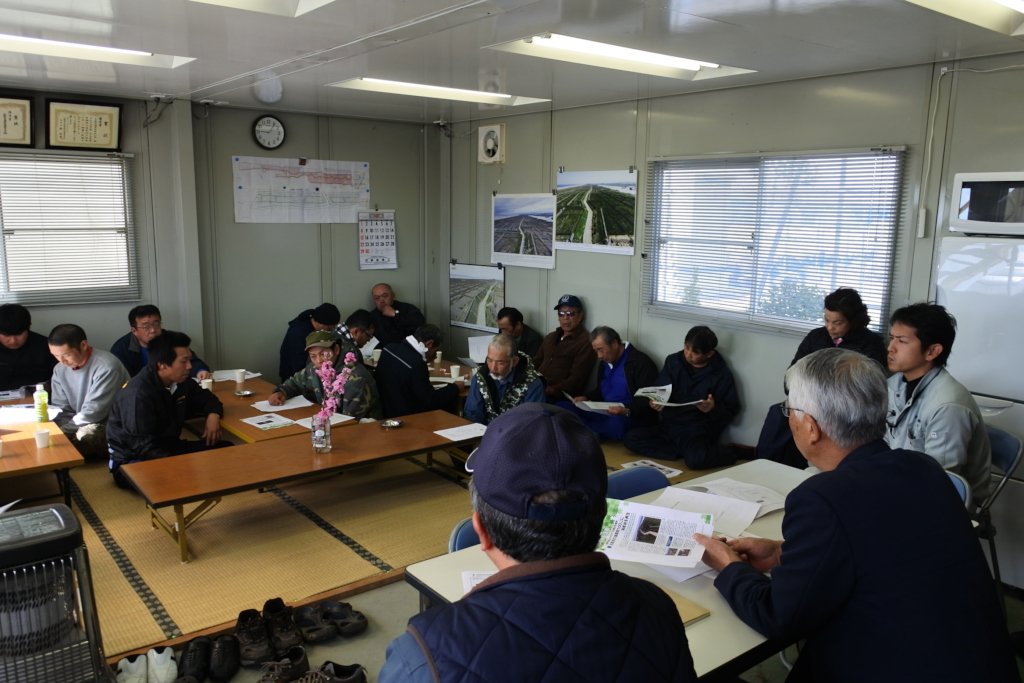 Briefing prior to the tree planting.

We started tree planting in 2014 at the project site located along the coastal area of Natori City, Miyagi Prefecture. This year, it marks the 5th tree planting time. On the morning of April 16, the first day of tree planting, forestry workers from the Miyagi Central Forestry Cooperatives and Matsushima Shinrin Sougou, a local forestry company, gathered from seven 7 o’clock, one hour and a half ahead of the official work start time. It is the first reunion in a year since the tree planting work last year.

Shortly after the workers rejoiced the reunion, an afforestation training session commenced. The training session is held on the first day every year for the participating workers. The way of planting varies depending on tree species and also whether we plant in the mountains or coastal areas. During the session, even veteran workers who experienced tree planting last year attentively listen to briefing by Mr. Koichi Sasaki, Field Manager at the Natori project site. It is primarily intended to explain techniques of afforestation to the workers, but also serves as an opportunity to tell the thought of OISCA on this project. We think that they tackle the work more seriously as their own task because we tell them our basic thought.

This year, one third of the 20 members of the planting group are new participants. They plant seedlings in receiving guidance from the veteran workers. While experienced workers can plant 300 seedlings in half a day, new ones manage 90 at the utmost. The project site is also the place for inheriting techniques from the veteran workers to the new comers. In the Japanese forestry work site, the main job of workers is forest maintenance such as weeding, thinning and pruning, and planting opportunities are rare. So, the site where they can actually plant trees is valuable. That’s why they are concerned about the growth of black pine trees which they planted by themselves. When we tell them that some black pine trees planted four years ago have now grown into an average of 3.3 meters in height, we can notice that they are very encouraged.

This year we intend to plant 85,000 black pine seedlings over 17 hectares of land. This is the record high number of planting. The workers just silently plant the prepared seedlings. The seedling planting work will last until the middle of May.

Thanks to the generous support from, not only the Japanese but also a great number of people worldwide, the amount of donations exceeded 600 million yen against the target amount of one billion yen as of the end of March 2018. We are deeply grateful for the donations. We do request for your continued cooperation. 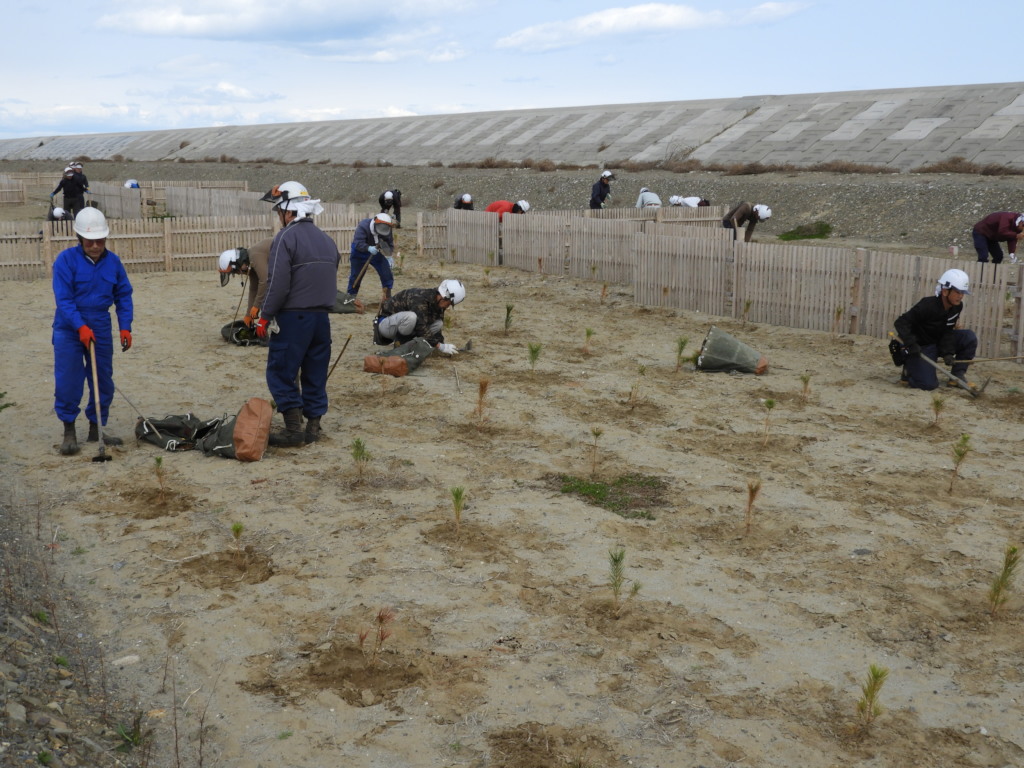 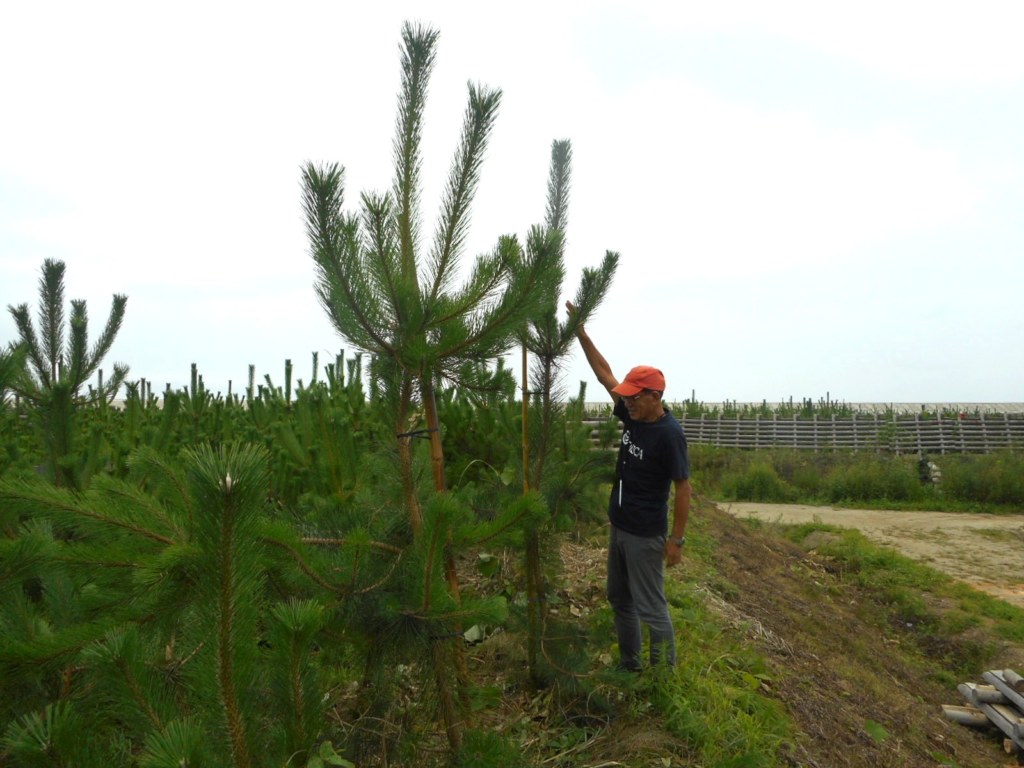