Relief for flood-displaced families in Pakistan 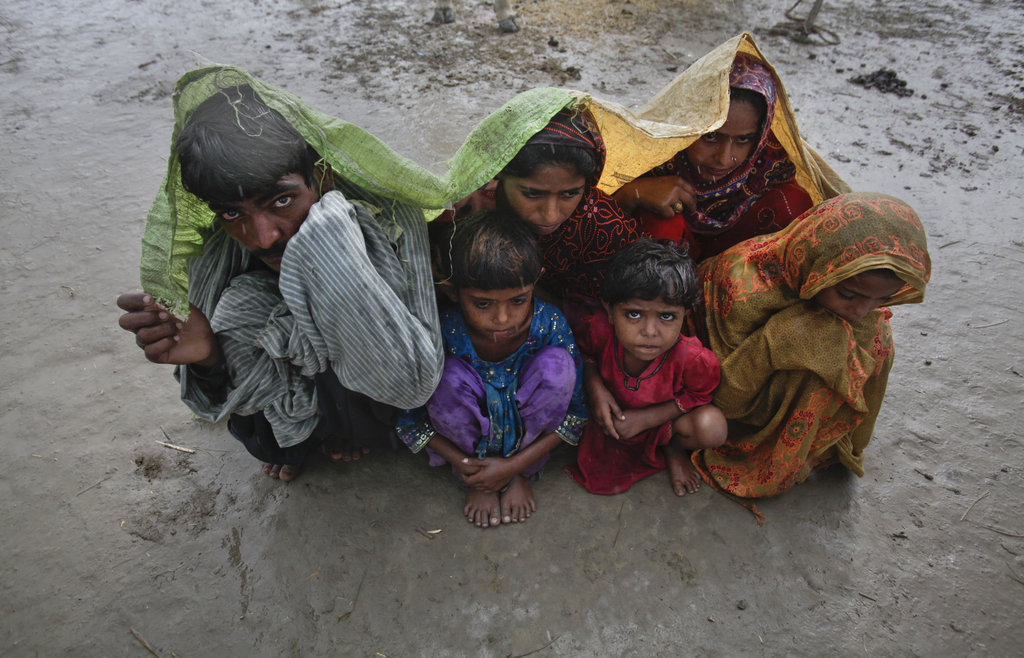 One year after Pakistan experienced the worst monsoon-related floods in living memory, heavy, prolonged rainfall has caused canal breaches and further flooding. Mercy Corps reached more than 650,000 flood-affected people during 2010 and are now revisiting this project to respond to the new round of flooding. The UN reports that over 5 million people are facing a housing and health crisis. Mercy Corps is responding by providing clean, fresh water and medical attention to the sick and injured.

Heavy rainfall, flash floods and river floods have devastated large parts of Pakistan. Major problems include lack of water, food and shelter, and concern for disease outbreaks for over 5 million people according to the UN. Media reports have estimated over 300 people have died and thousands have been displaced in Sindh Province. Flood-affected families need not only immediate relief but long term support to rebuild and thrive.

For this round of flooding, Mercy Corps is responding with emergency clean water and sanitation to about 12,000 people per day in displaced communities in Pakistan's Swat Valley, where many people were already struggling to meet their basic needs. We've also established mobile medical clinics to deal with injuries and disease - our teams are able to see 50 patients a day. Mercy Corps will continue to respond as needs are determined.

Mercy Corps was active here before the flooding. We had been helping families in the flood-affected Swat Valley reestablish themselves after conflict and last year's floods. In the coming weeks, Mercy Corps hopes to expand the mobile medical services provided to the people of Southern Sindh to provide veterinary care and vaccinations to flood-affected livestock. Our long-term response will be to help people regain jobs and income once immediate needs are met.

Find another project in Pakistan or in Disaster Response that needs your help.
Find a Project

GlobalGiving
Guarantee
Donate https://www.globalgiving.org/dy/cart/view/gg.html?cmd=addItem&projid=6197&rf=microdata&frequency=ONCE&amount=25
Please Note
WARNING: Javascript is currently disabled or is not available in your browser. GlobalGiving makes extensive use of Javascript and will not function properly with Javascript disabled. Please enable Javascript and refresh this page.