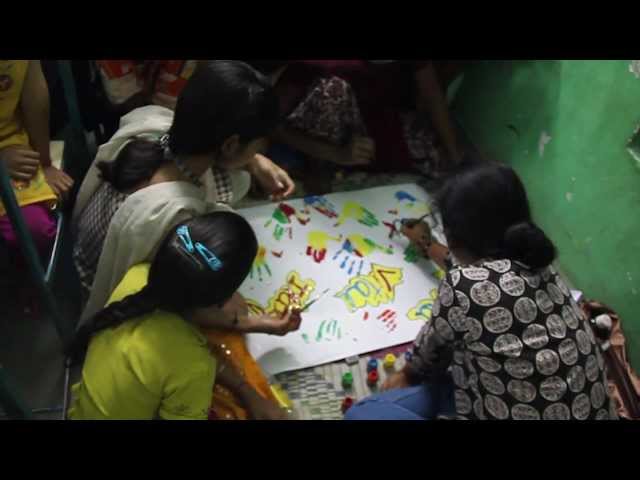 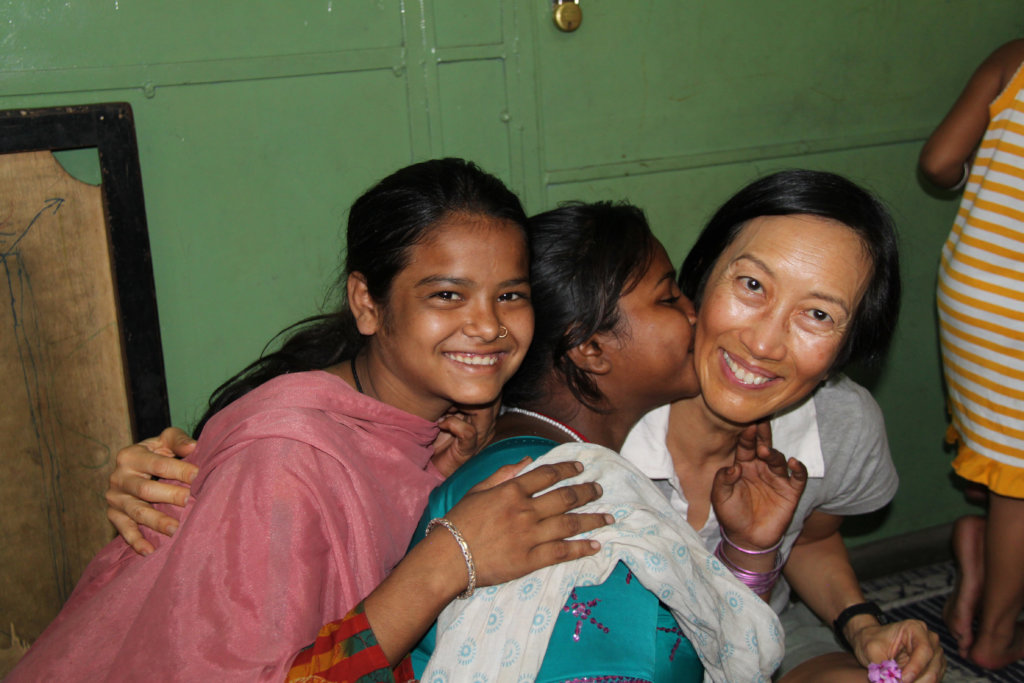 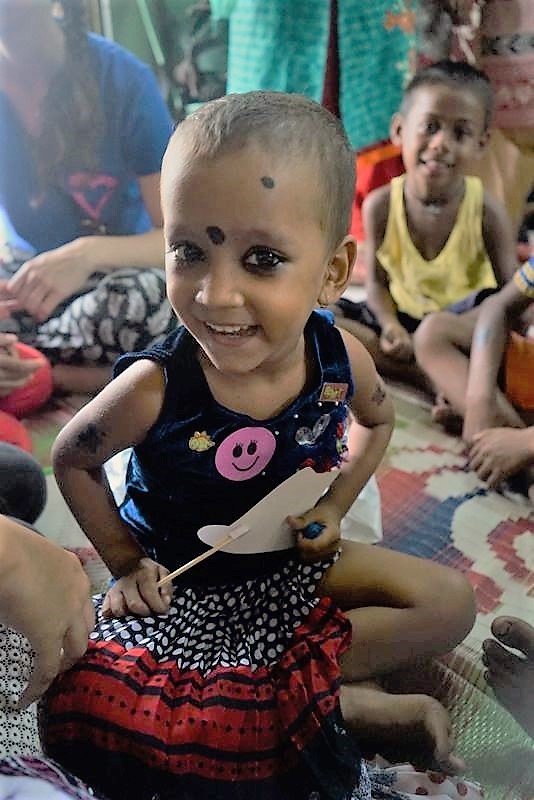 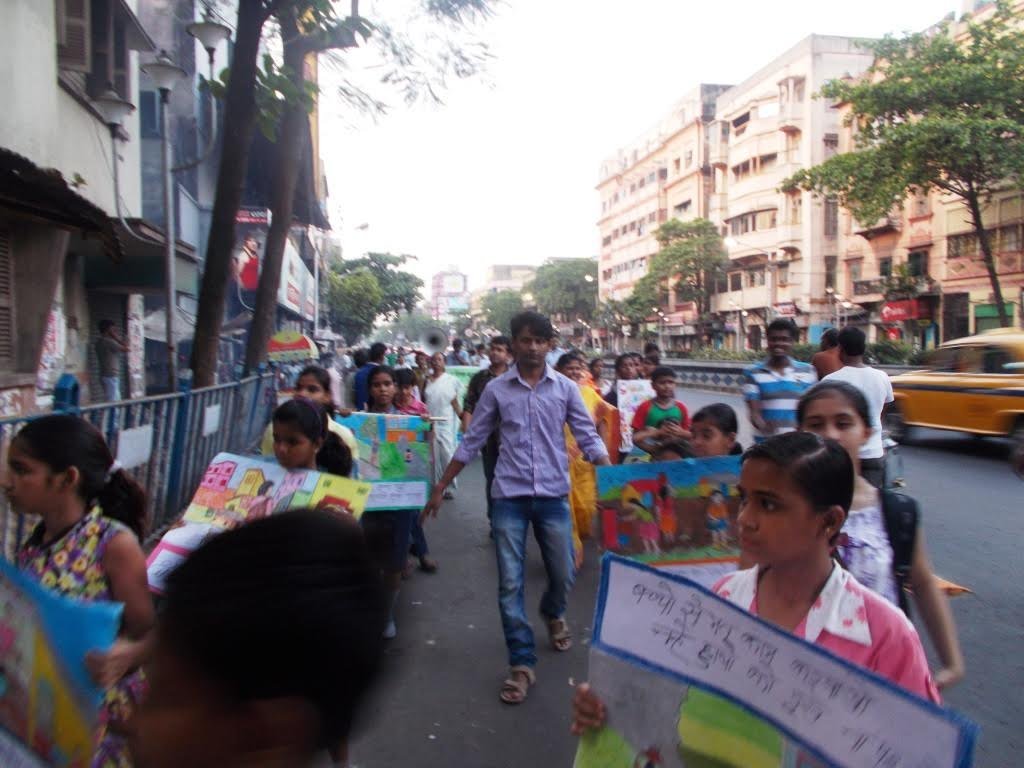 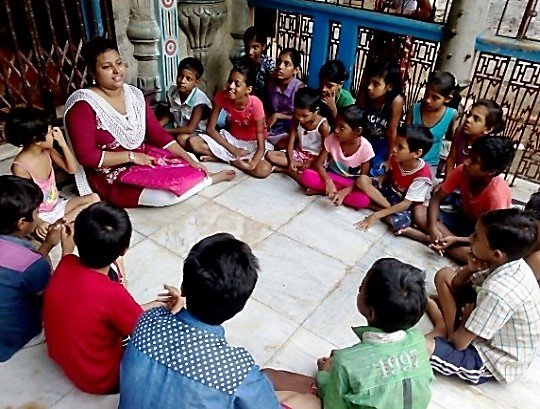 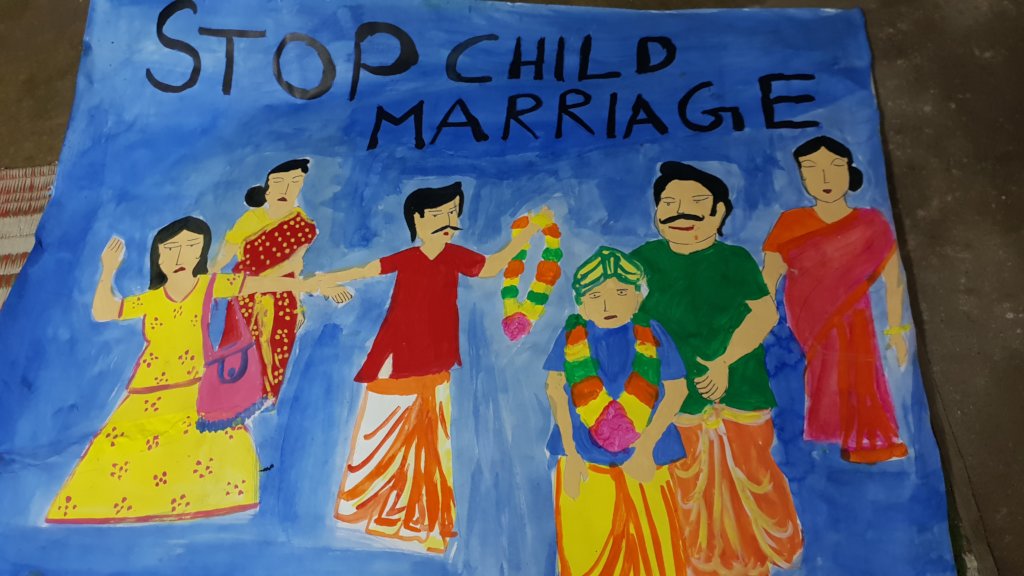 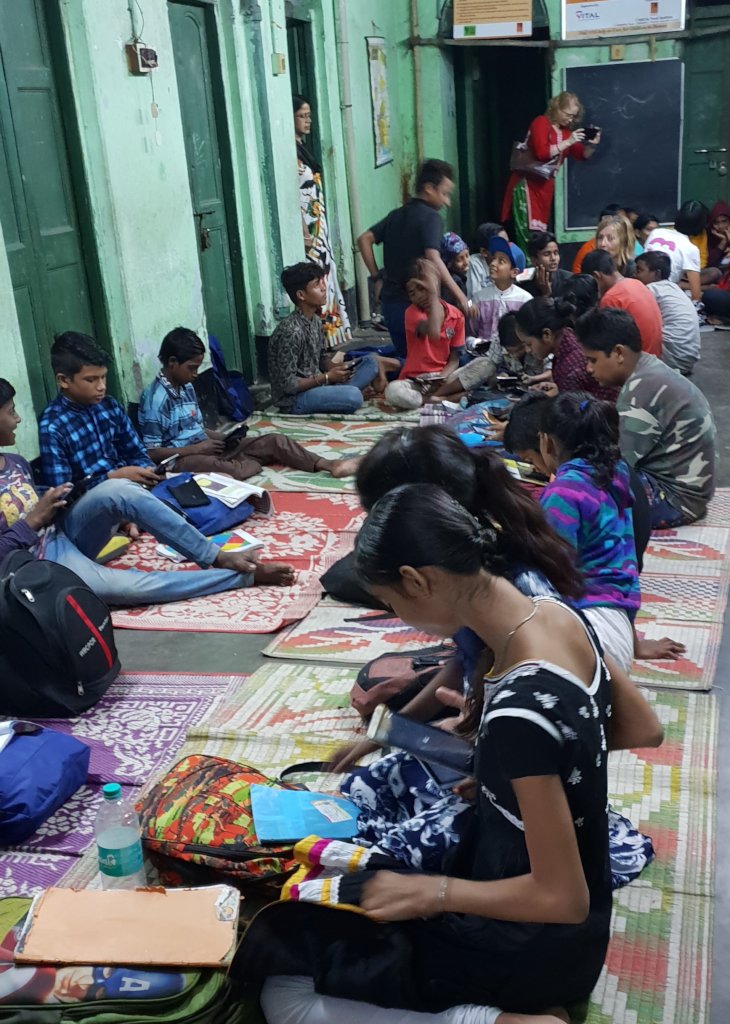 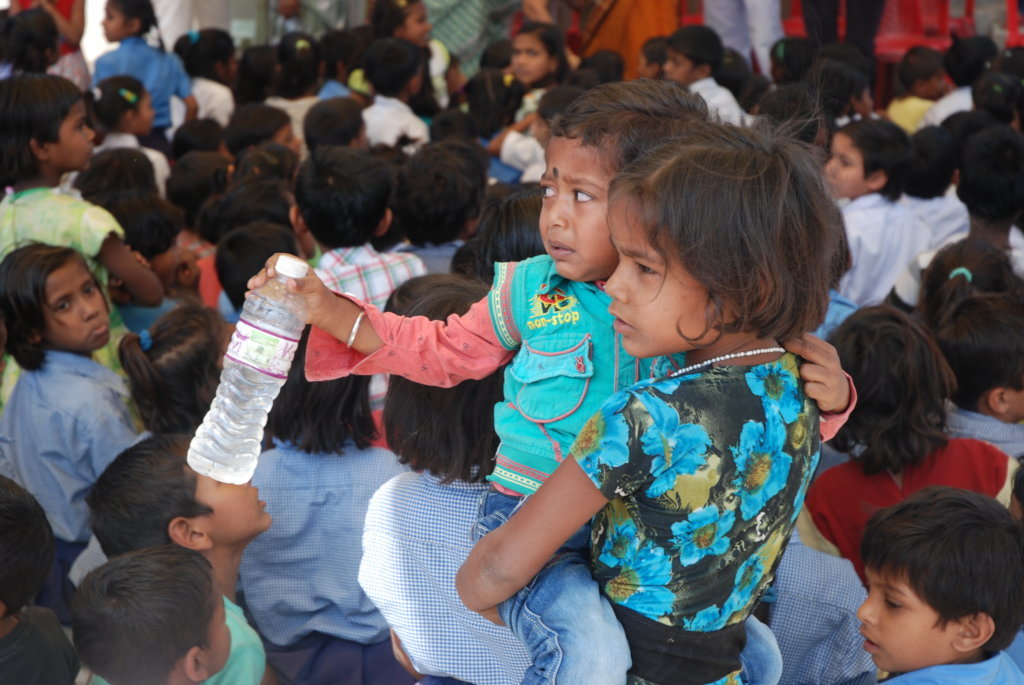 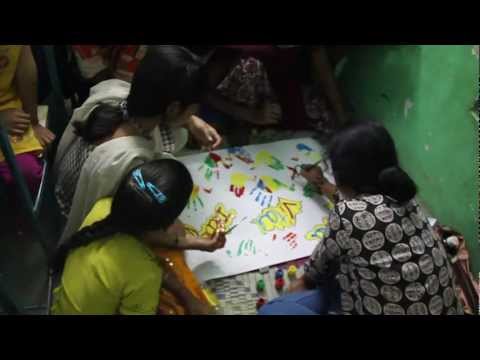 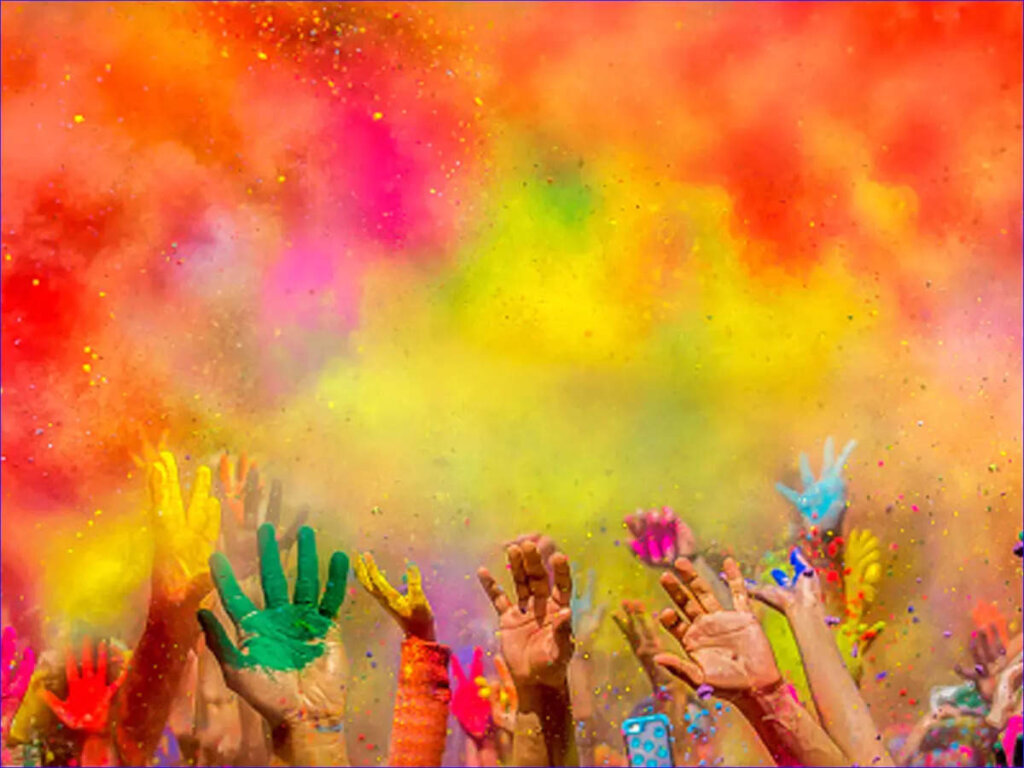 With more than 40 million confirmed cases, India has the world's second biggest caseload, behind US. More than half a million deaths have been officially recorded - the third largest toll in the world.

The good news is that daily new cases have fallen to their lowest in nearly two years.

The Omicron variant - which carries more than 50 genetic mutations and is now causing a fresh wave of infections in parts of the world - ripped through India in the winter. Cases have now receded.

On 21 March, India recorded 1,410 new cases, down from a surge peak of 347,000 cases on 21 January. Cases declined quickly, there were fewer severe cases than in previous waves and hospitals were not overwhelmed.

In densely populated countries such as India, living with the virus is possible only when most people have some good protection against severe diseases through previous infection or immunisation - something Indians appear to already have.

On a happier note, Holi, the festival of colors, was celebrated on March 18.

The festival saw restricted celebrations last year due to the pandemic.

Holi marks the last full-moon day of the lunar month. It's a time of great cheer and fun as people smear bright colours on each other. It also symbolises new beginnings

The day is marked with sumptuous feasts and dancing.

Some people also shower each other with flower petals as their bright colours mark the advent of spring. On the eve of the festival, people also light large bonfires to symbolise the triumph of good over evil.

Holi celebrations took place this year without major coronavirus restrictions in India. Across the country, crowds gathered in open streets to celebrate. 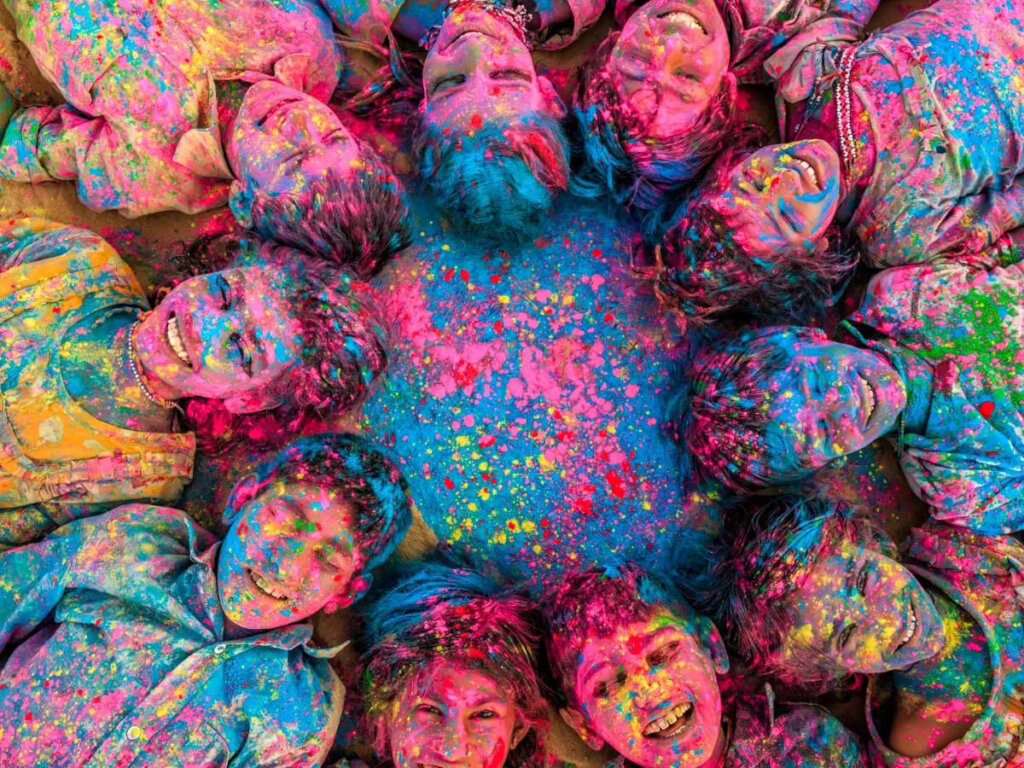 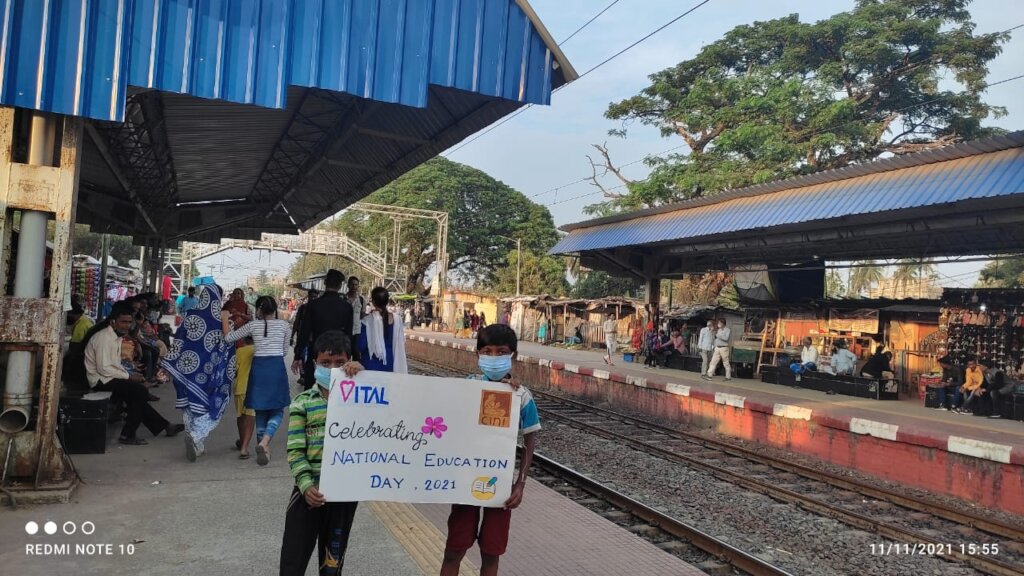 National Education Day is an annual observance in India to commemorate the birth anniversary of Maulana Abul Kalam Azad, the first education minister of independent India, who served from 15 August 1947 until 2 February 1958. National Education Day of India is celebrated on 11 November every year.This National holdiay is celebrated by:all educational institutions in the country mark the day with seminars, symposia, essay-writing, elocution competitions, workshops and rallies with banner cards and slogans on the importance of literacy and the nation's commitment to all aspects of education.Education is a tool that helps in elevating the social and economic conditions. National Education Day: Top quotes by Maulana Abul Kalam Azad

National Education Day is an annual observance in India to commemorate the birth anniversary of Maulana Abul Kalam Azad, the first education minister of independent India, who served from 15 August 1947 until 2 February 1958. National Education Day of India is celebrated on 11 November every year.

This National holdiay is celebrated by:all educational institutions in the country mark the day with seminars, symposia, essay-writing, elocution competitions, workshops and rallies with banner cards and slogans on the importance of literacy and the nation's commitment to all aspects of education.

Education is a tool that helps in elevating the social and economic conditions. 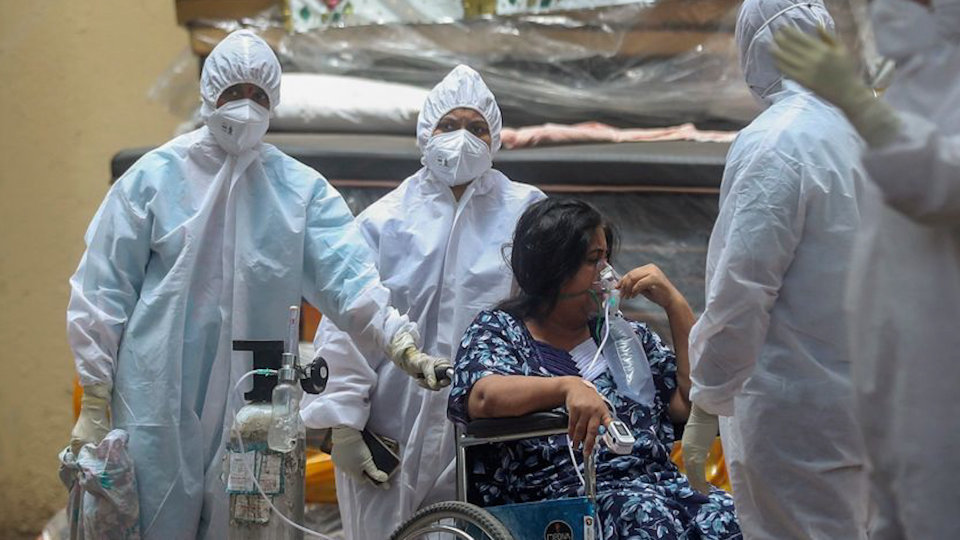 In the last few weeks of April 2021, India has witnessed a huge spike in the number of Covid-19 positive cases with more than 300,000 people getting infected daily. As a country India is still on a recovery mode from the mammoth setback that was faced due to the Covid-19 outbreak last year, and the deadlier double or triple mutant Covid-19 variant hit them again like never before (Wave 2), making them grapple for oxygen which is now at scarce in the country and is taking lives of people even with the mildest of infection
In Bengal Local trains have stopped. Road and metro transport have been halved. Fish and vegetable market to be opened for 3 hours in the morning and in the evening.

When the pandemic caused schools to shut down, our project team members and the community volunteers tried to make ends meet so that children could stay in touch with their education. Even though it was difficult for the under-privileged children to gain access to digital education, our team ensured that at least the students of higher secondary and secondary schools remained in regular touch with them. Not only that, but the younger students were also not ignored – they equally participated in the online classes that took place for them. The post pandemic period is said to witness a sharp increase in the number of school dropouts, child marriage and child trafficking. The main reason that our team ensured that children remained in touch with their books throughout the lockdown is that the children of Rambagan have already been exposed to innumerable vulnerabilities and the lockdown period served as a favourable period to pull them back into the depths of susceptibilities.

Working together to help empower children

By Yvonne Neuman - Project Leader
At Rambagan, VITAL and CINI have been conducting numerous activities throughout the years to help empower children. By various methods of linkages and referrals to systems of education, protection, health and nutrition the duo have built up a strong convergence among relevant duty-bearers and service providers. Sensitisation has played a huge role in empowering the children and parents of the community. They have been equipped with knowledge on how to defend themselves against vulnerabilities.

Educational support is provided at centres within the community. These centres which are known as safe spaces are easy for the children to avail during the evening time which is the peak hour of vulnerability.

Capacity Building workshops and training sessions have helped to empower children where they are sensitised on various issues of child safeguarding, health and hygiene, career choices, sexual and reproductive health, anger and stress management, leadership and communication etc.

Counselling support has been given to the children to relieve them of the stress and anxiety they have been facing through isolation and stigmatisation.

Creative Activities such as art and crafts, dance, dramatics and music tend to give children new opportunities, a break from the educational curriculum and most importantly a sense of tranquility.

awareness programmes have been regularly conducted to sensitise the children and the community members on issues that have threatening the existence of children within Rambagan.

Mother’s/Parent’s Group is a group of active guardians involved directly in promoting the safeguarding of children at Rambagan.

Local government has been actively supporting the activities undertaken to make the community a safe zone for children.

Ward Level Child Protection Committee is a convergence among the stakeholders and duty-bearers who have strictly taken up the responsibility of making the community child friendly.

$7,009 raised of $26,617 goal
You last donated to this project on
20 donations
$19,608 to go
* Amounts in US Dollars
Donate Now
Donate once
Donate monthly
$15
USD
will support a child in education for a month
›
$60
USD
will fund a week-long health campaign
›
$100
USD
will cover the costs of 8 extra counselling sessions
›
$140
USD
will train members of our very own Children's Parliament- which successfully lobbied the Indian Government to implement a national Child Protection Day in 2016
›
$340
USD
will fund awareness programmes by the children to the community on child protection issues
›
$370
USD
will fund creativity inputs for 400 children, including karate, origami, dance, football and art
›
$413
USD
will fund our Project Coordinator's salary for a month
›
$776
USD
will fund our Community Counselling Cell and provide individual and group counselling sessions
›

Donating through GlobalGiving is safe, secure, and easy with many payment options to choose from. View other ways to donate
VITAL has earned this recognition on GlobalGiving:

GlobalGiving
Guarantee
Donate https://www.globalgiving.org/dy/cart/view/gg.html?cmd=addItem&projid=26736&rf=microdata&frequency=ONCE&amount=25
Please Note
WARNING: Javascript is currently disabled or is not available in your browser. GlobalGiving makes extensive use of Javascript and will not function properly with Javascript disabled. Please enable Javascript and refresh this page.