Reconciliation of Refugees Returning from Exile. 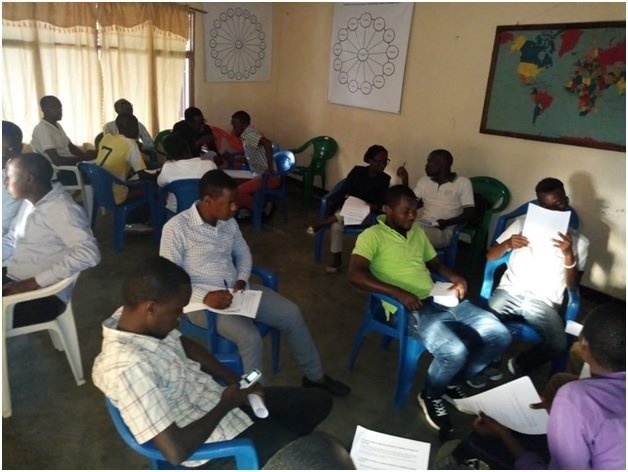 The 2020 post election period in Burundi opened an opportunity for those who fled the country in 2015 crisis to return to Burundi. Two convoys from Mahama Refugee's Camp in Rwanda returned back to Burundi on September 7, 2020. Those coming from Tanzania never ceased to return back during the election period. Those living in RD Congo claimed to come back to. Through workshops and dialogues, this project will bring reconciliation between returnees and those who stayed in their home communities.

After the successful 2020 election and the change in government, Burundians in Rwanda, Tanzania, and the Congo who fled after the disputed 2015 election are beginning to return to Burundi. If these first returnees are not accepted properly and integrated into the communities they fled from, the remaining refugees will be unwilling to return to Burundi. This will increase the poor international relations between Burundi and its neighbors.

IPB will bring recent returnees with the representative of those who remained in the welcoming community along with local government officials together in workshops designed to teach trauma healing and non-violence resolution of conflict. After the workshops, peace club will be formed and empowered within each community. After that, peace dialogues will be conducted between youth belonging to the ruling political party, those of the opposition and representative of the returnees.

If Burundi remains with refugees in exile in general and within the Great Lakes Region in particularly, it will never prosper. Therefore this program will promote self-esteem and cooperation by the returnees and the community welcoming them with the government and the population in general. This will give courage to those recent returnees to call upon those remaining, for example in Mahama Refugee's Camp in Rwanda, to return to their home country and contribute to peaceful coexistence.

Project Leader:
Elie Nahimana
Bujumbura, Burundi
$5,533 raised of $10,000 goal
You last donated to this project on
145 donations
$4,467 to go
* Amounts in US Dollars
Donate Now
Donate once
Donate monthly
$10
USD
Food for five trainees.
›
$30
USD
Stipend for facilitators
›
$50
USD
Travel for facilitators to workshop and return
›
$100
USD
Support for a one day workshop
›
$300
USD
Support for a three day workshop
›

Donating through GlobalGiving is safe, secure, and easy with many payment options to choose from. View other ways to donate
Innovations in Peacemaking Burundi has earned this recognition on GlobalGiving:

GlobalGiving
Guarantee
Donate https://www.globalgiving.org/dy/cart/view/gg.html?cmd=addItem&projid=49443&rf=microdata&frequency=ONCE&amount=25
Please Note
WARNING: Javascript is currently disabled or is not available in your browser. GlobalGiving makes extensive use of Javascript and will not function properly with Javascript disabled. Please enable Javascript and refresh this page.