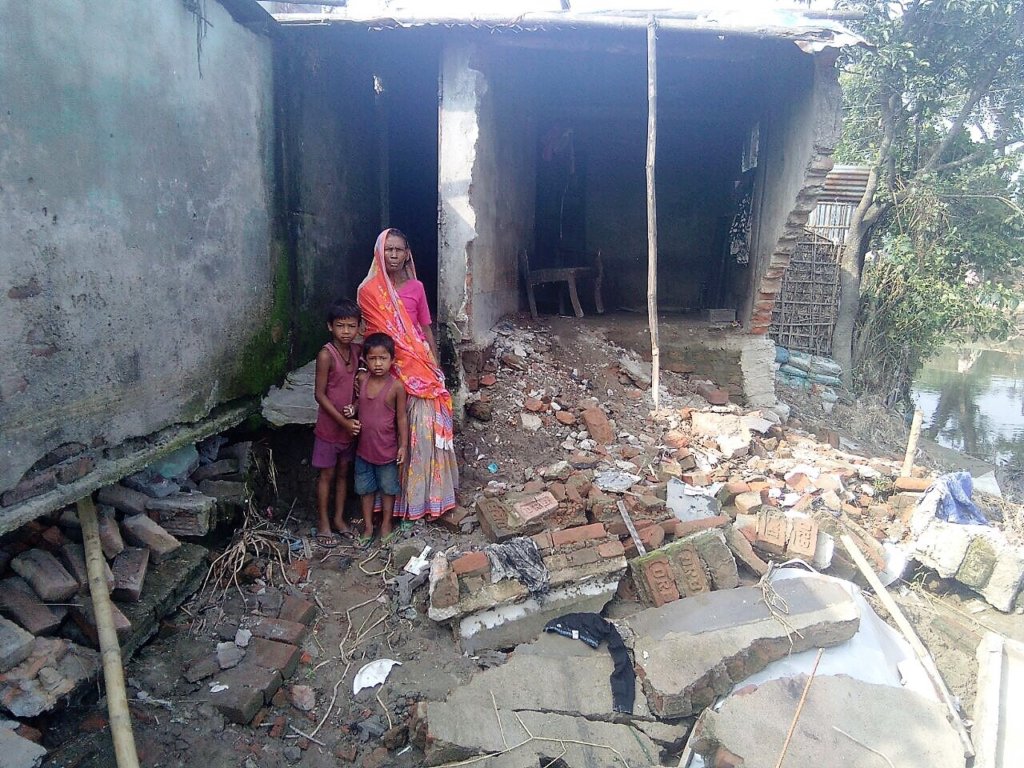 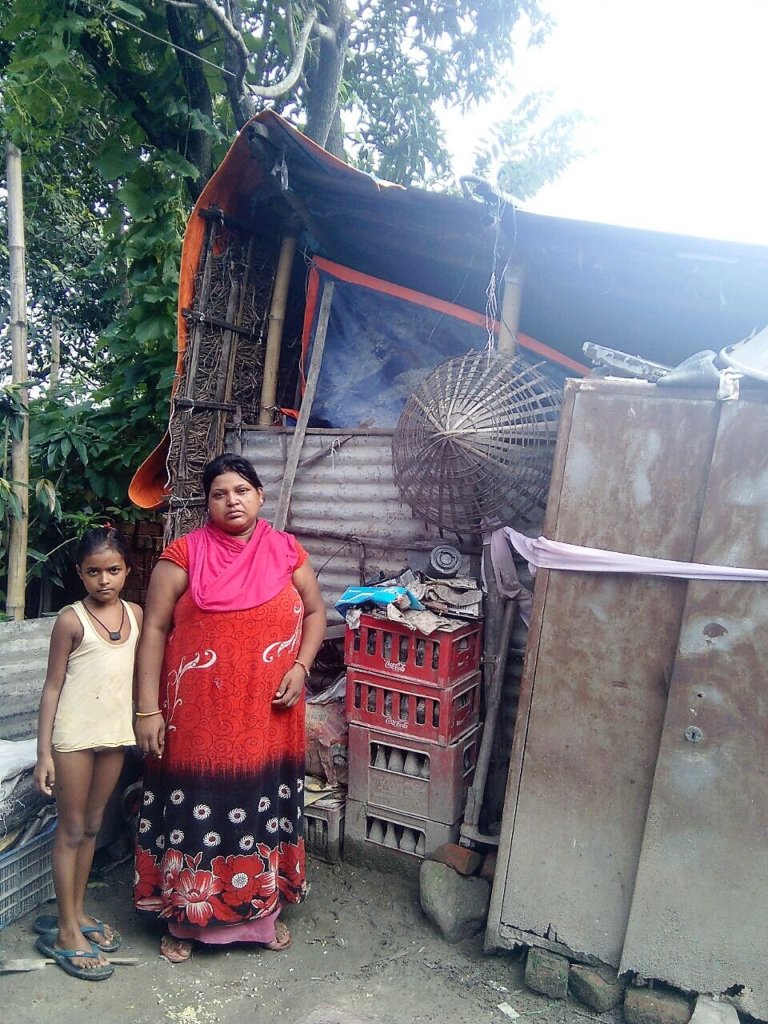 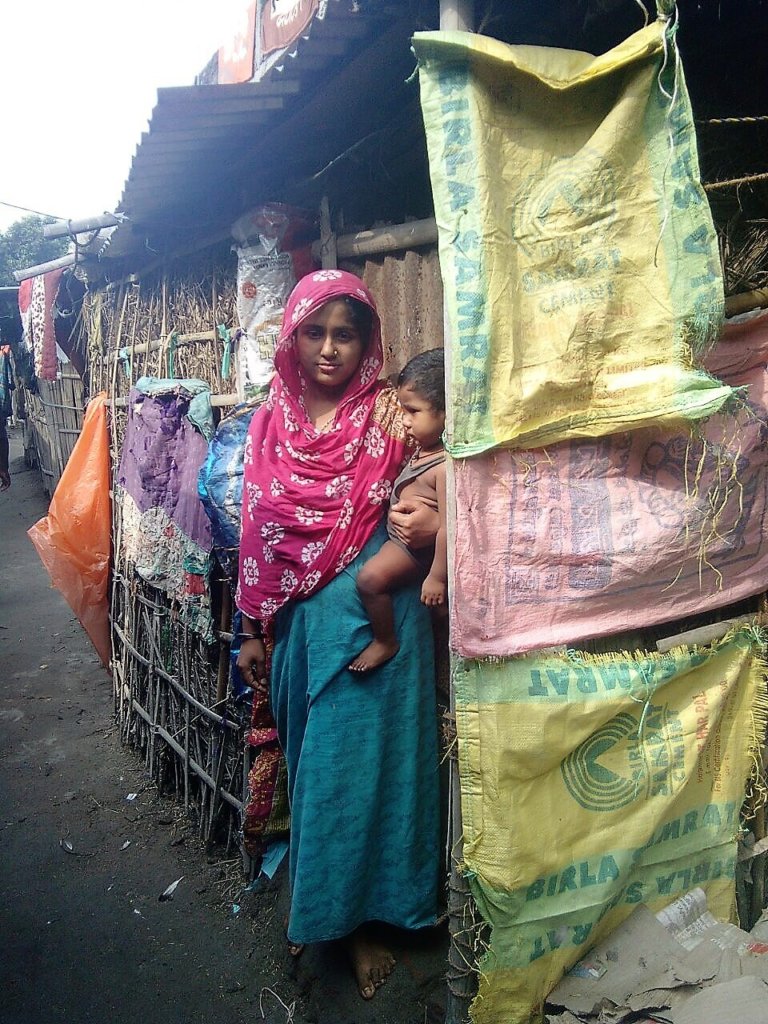 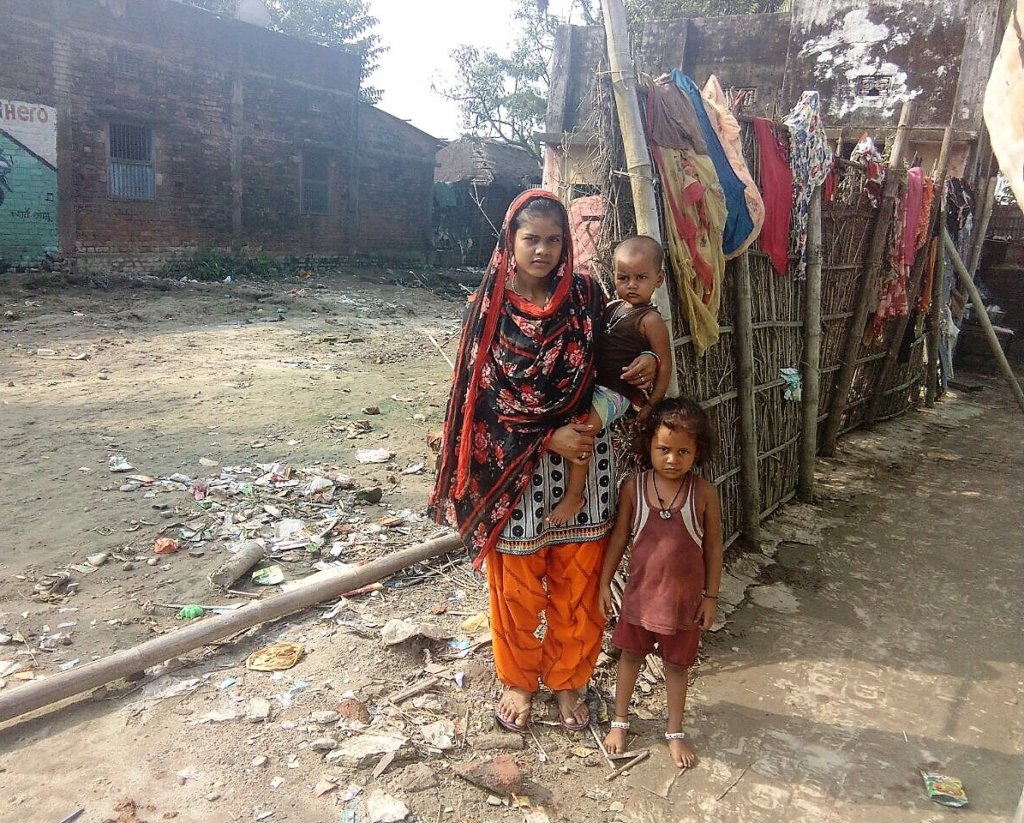 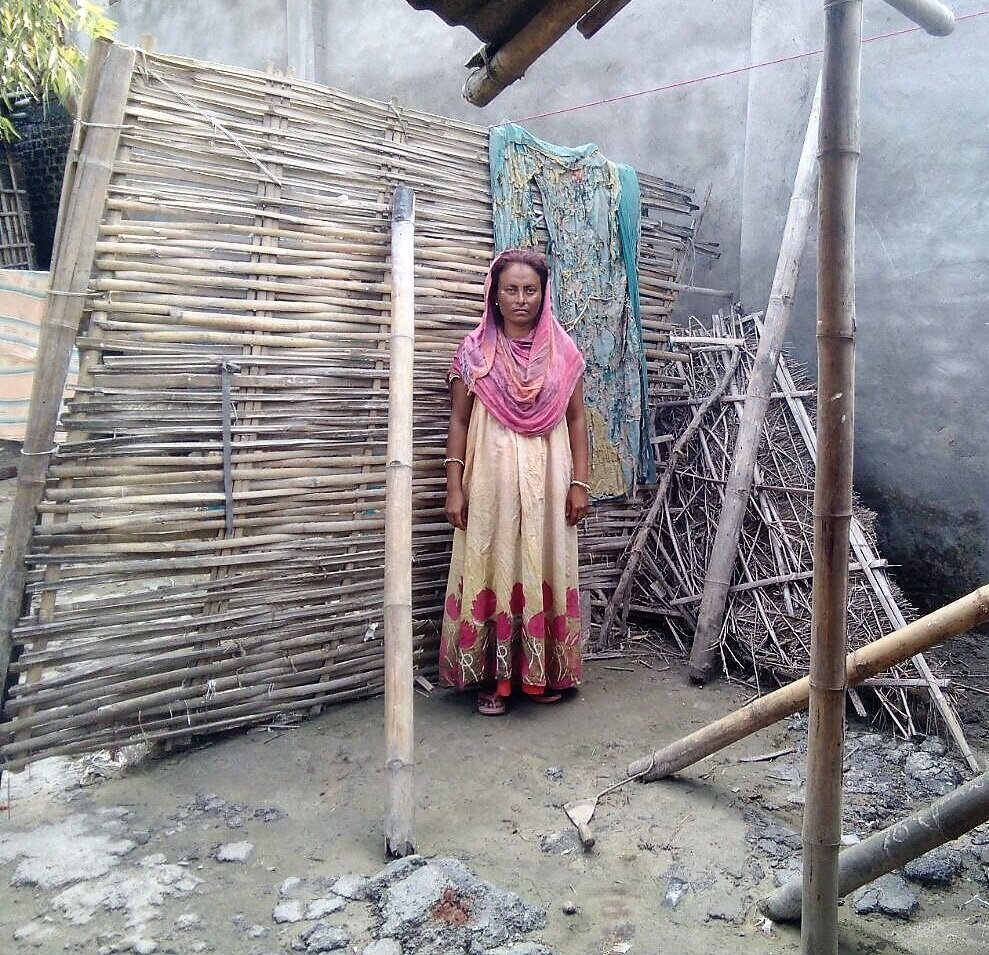 On 14th August 2017, Bihar was hit by one its worst floods in recent times. So far, 514 people have lost their lives and over 8.5 lakh people have been displaced. 200 women headed households in Forbesganj, we work with, have become homeless and lost most of their possessions in this massive flood. This project is seeking your help to, not only rebuild the homes and lives of the 200 women before the onset of winter but, also prevent their children from falling prey to sex traffickers.

Apne Aap Worldwide Trust works with 1692 women and children in various red light areas in Forbesganj, in the district of Araria in Bihar. Out of these women and children, 200 women have lost their homes and most of their possessions in the devastating floods of 14th August. The reconstruction of each home will cost INR 75,000 (USD 1174). Our school, community center and offices too, are under water. Last time the Kosi river flooded here, traffickers had moved in to prey upon children.

We are already providing food, clothes and temporary shelter to those who have been displaced. But, we must aim to build 200 permanent houses for these displaced women and children immediately, before sex traffickers start closing in on the children. The aim of this project is two fold- 1) To rebuild the houses of the women before the onset of the winter thus, giving them a chance to start their lives afresh. 2) Prevent the sex trafficking of displaced children.

Forbesganj, on the border of Nepal and India is notorious for the sex trafficking of women and children. Apne Aap is working relentlessly to dismantle the system of inter-generational prostitution in this area. The floods and displacement of these families only makes it easier for traffickers to prey on children. Thus, we hope to rebuild all 200 homes, while continuing our work and preventing numerous children from falling prey to sex traffickers now, and in the future.

GlobalGiving
Guarantee
Donate https://www.globalgiving.org/dy/cart/view/gg.html?cmd=addItem&projid=29763&rf=microdata&frequency=ONCE&amount=25
Please Note
WARNING: Javascript is currently disabled or is not available in your browser. GlobalGiving makes extensive use of Javascript and will not function properly with Javascript disabled. Please enable Javascript and refresh this page.