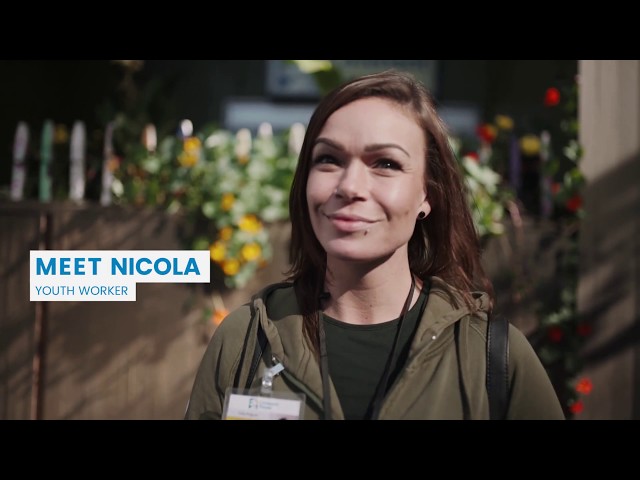 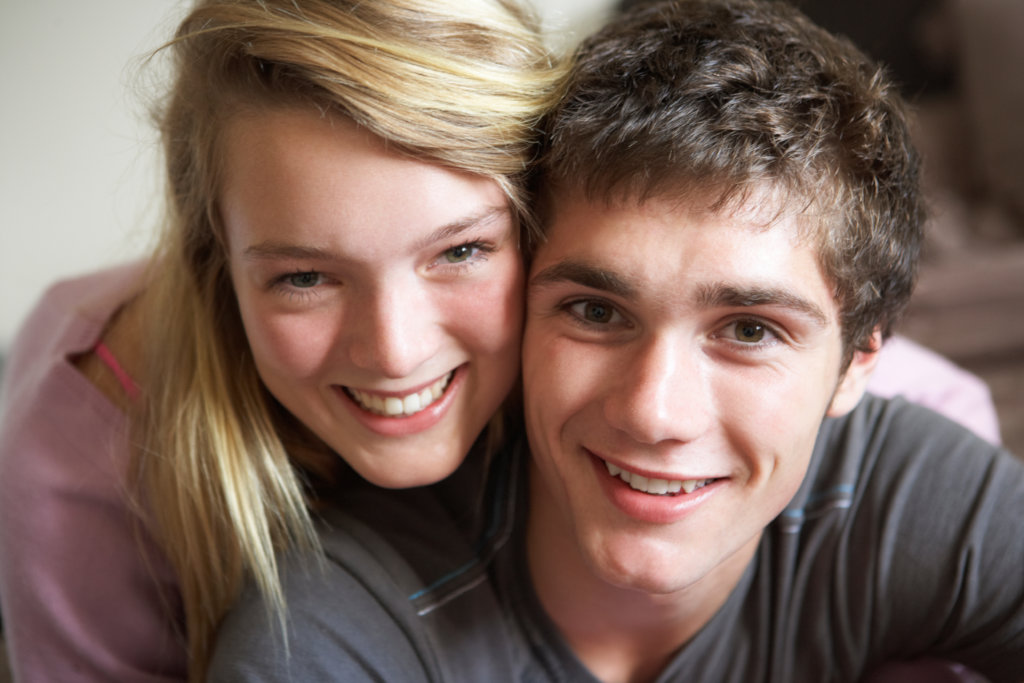 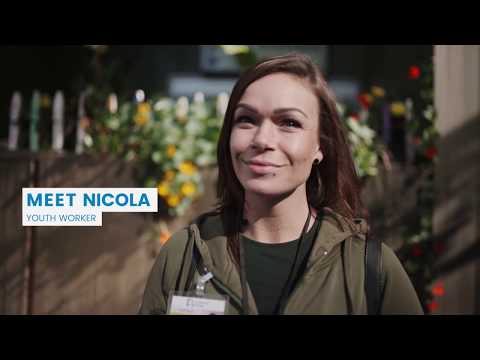 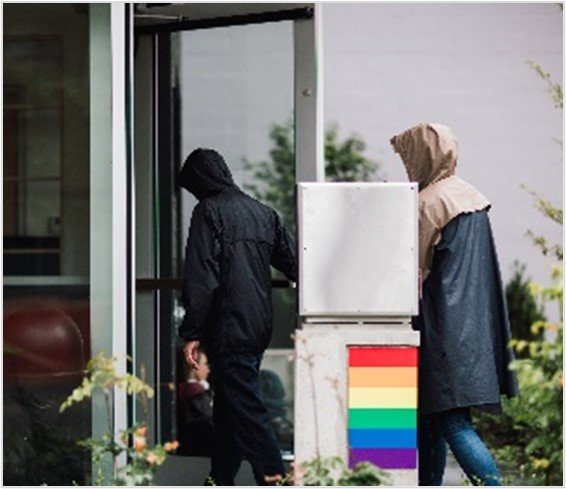 Young People of Colour, LGBTQ2S+ youth, and Indigenous youth are disproportionately represented among the homeless population of people under 25, and they experience additional violence and trauma. For example, LGBTQ2S+ homeless youth face frequent incidents of homophobic and transphobic violence compared to their heterosexual counterparts. They are also dealing with gender and sexual identity along with social stigma and discrimination – on top of the daily stress of experiencing homelessness.

Youth in our care watched news coverage of the killing of Black people and the advancement of the Black Lives Matter movement this year with frustration and grief. Many shared personal stories of experiencing unjust trauma and discrimination from institutions and people in authority.

Through your support, youth found a sanctuary of unconditional love and absolute respect when they entered our doors. Now more than ever, your support is facilitating healing for marginalized youth.

One of Covenant House Vancouver’s priorities in our 2021-2025 strategic plan (drafted in 2019) is to enhance our Diversity, Equity & Inclusion work by focusing on the representation of the communities’ population among staff, training and literacy for our staff and board, and enhancing supports for Black, Indigenous & People of Colour, immigrant, and LGBTQ2S+ youth.

News surrounding the Black Lives Matter movement has had a significant impact on specific groups of youth living at Covenant House, particularly Black and Indigenous youth, as well as other ethnic or religious minorities.

Staff report that the upset has been profound. Seeing these examples of racism all over the news has acted as a reminder to youth of all their own experiences of institutional racism, combined over a lifetime, that have made them feel like society doesn’t care about them.

Youth from all across Canada that live at Covenant House Vancouver have been reporting stories of negative experiences with people in authority, highlighting that the people who are supposed to take care of them were exactly the people treating them in the most unhealthy ways.

Staff have seen a new level of anger and frustration around news reports, as well as an understanding of the impact of racism on their own health, life, and legal outcomes.

However, staff have also seen and supported a new level of engagement and activism related to this. Staff are reporting back that youth seem much more engaged with the world in general in recent months – tracking local and international news in a way they really didn’t before.

We have watched them become much more engaged partners with us at Covenant House, in taking responsibility for their living space and the communal relationship.

Part of our vision for young people is that through their experience at Covenant House Vancouver they become more engaged and successful citizens – the range of their experiences give them a diverse and important perspective.

Our learning in recent months is that we need to consider providing more programming opportunities to support youth to practice engagement and develop these skills. This could be through training, informing corporate partners or citizens or helping shape things at Covenant House. 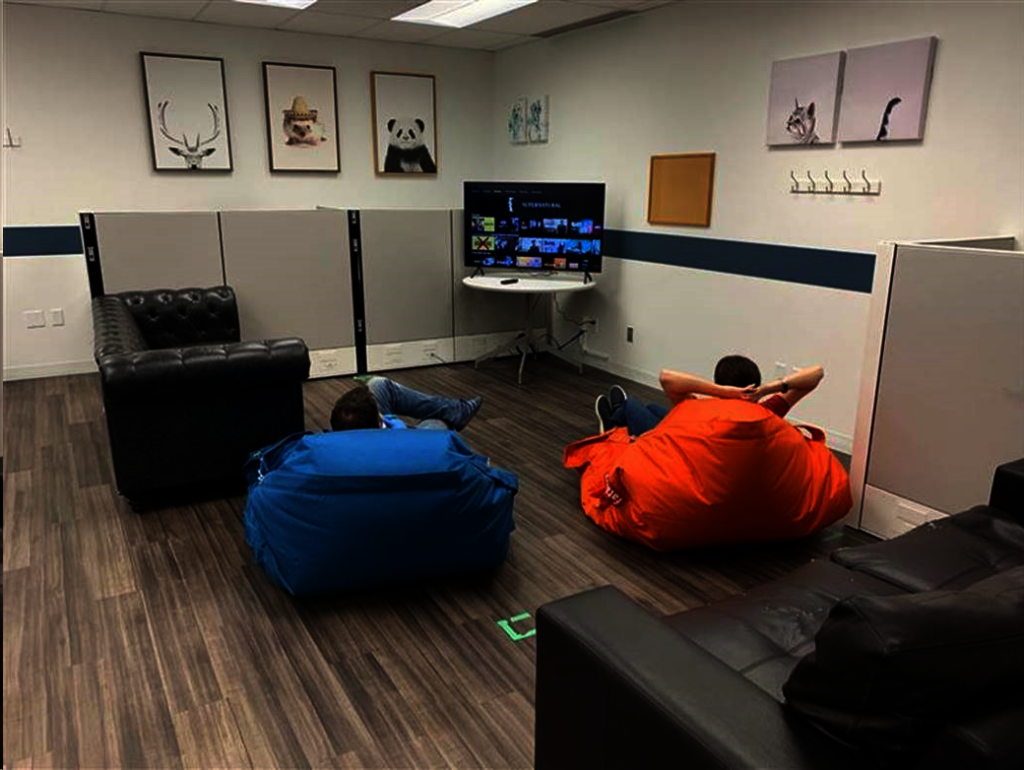 Thank you for all that you do to create safe spaces for vulnerable youth, we truly value you being part of our family.

The COVID-19 pandemic has presented Covenant House Vancouver with new and evolving challenges as we continue to provide essential services to youth experiencing homelessness.

Our doors are still open and we've enacted our COVID-19 Emergency Plan to ensure the health and wellbeing of the youth we serve and our staff. This plan brings on changes in the organization ranging from non-essential staff working from home, to staggering meal times to ensure safe social distancing for the youth living with us, to enhanced cleaning and hygiene protocols, and more.

Covenant House Vancouver is following the guidelines put out by the BC CDC and we are modifying daily to keep up and stay safe.

One recent change we implemented was that we converted our Finance office at the Pender building into a second lounge for the youth. There are currently 32 young men living in our Crisis Program - this is too many to maintain safe social distancing in the lounge area. We adjusted our spaces as the youth are our top priority and they now have access to safe lounging spaces.

I hope this warms your heart as it did mine.

Thanks again for your incredible support! Wishing health and safety to you and your loved ones.

Warmly and with gratitude, 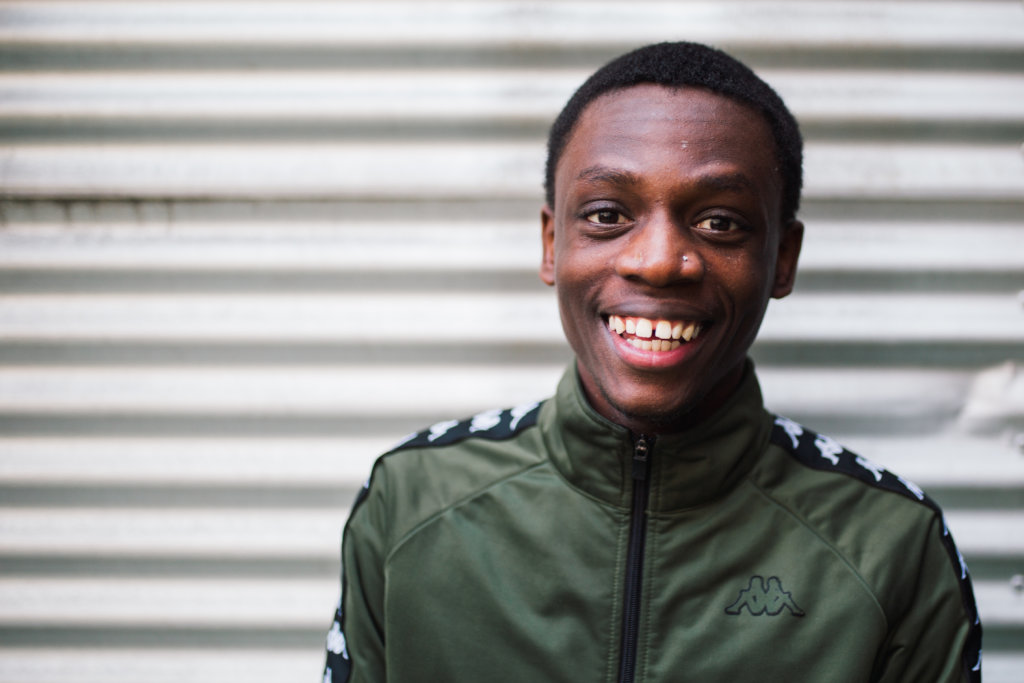 By supporting the Crisis Program, you are offering safe housing, food, clothing and counselling to young people aged 16 to 24 who are ready to make a change in their lives. Your support takes cares of their immediate needs, which are usually medical attention, food and rest. You are allowing them to be in an environment that encourages the youth to create their own plan for independence, and support that allows them to achieve their goals and dreams. Here's how your support changed Ryan's life:

When Ryan arrived at our Crisis Program he struggled daily to cope with his overwhelming anxiety and constant suicidal thoughts. Diagnosed with Borderline Personality Disorder, be had a hard time with social interactions and with regulating his emotions, and would become overwhelmed quite easily which would lead to behaviours like snapping a pencil in half, hitting his head on his locker or saying inappropriate things.

But Ryan had a lot of people in his corner, as the team of youth workers made it a priority to find a way to empower him. After months of hard work and continued relationship building, Ryan started Dialectical Behaviour Therapy (DBT) (a group therapy that helps participants to regulate their emotions and manage stress.) He grew his support network and started to create some strong relationships with some of his co-residents.

The friendships Ryan cultivated were so strong that the group came up with a name for themsevles: "The Couch Committee." Every day, they would all come in, sit as a group on the couches, and talk for hours. After a couple of months, Ryan was happy, smiling and laughing. He was extremely motivated, completing tasks left and right, and he was actively using his new coping skills and strategies.

Over the final four months of his stay, Ryan dealt with a lot of ups and some downs, but he became a stronger, more resilient and determined adult. Through DBT, Ryan was able to learn strategies to overcome his anxiety. His drive and work ethic were impressive, and he completed many goals in a short period of time including getting a full-time job.

After seven months with us, Ryan was ready to live independently. He applied to live at Hollyburn Properties, which has a partnership with Covenant House to provide reduced cost and completely furnished rental apartments for our youth.

After his housing interview, he would come up to his youth worker multiple times a day to ask the same questions: "Did I get it? How many other guys am I competing against? Do you know and you just can't tell me? Can you tell me?" He was ready to take the next step in his life, and he could barely contain his excitement.

The day he got the good news that he was the one and only successful candidate for Hollyburn Housing, he walked into the Crisis Program with a smile so big he was almost laughing. Ryan worked incredibly hard to overcome his personal challenges and we were all so proud of him.

Before he moved out, he shared six words that encompass the reason that Covenant House exists: "You gave me my life back." 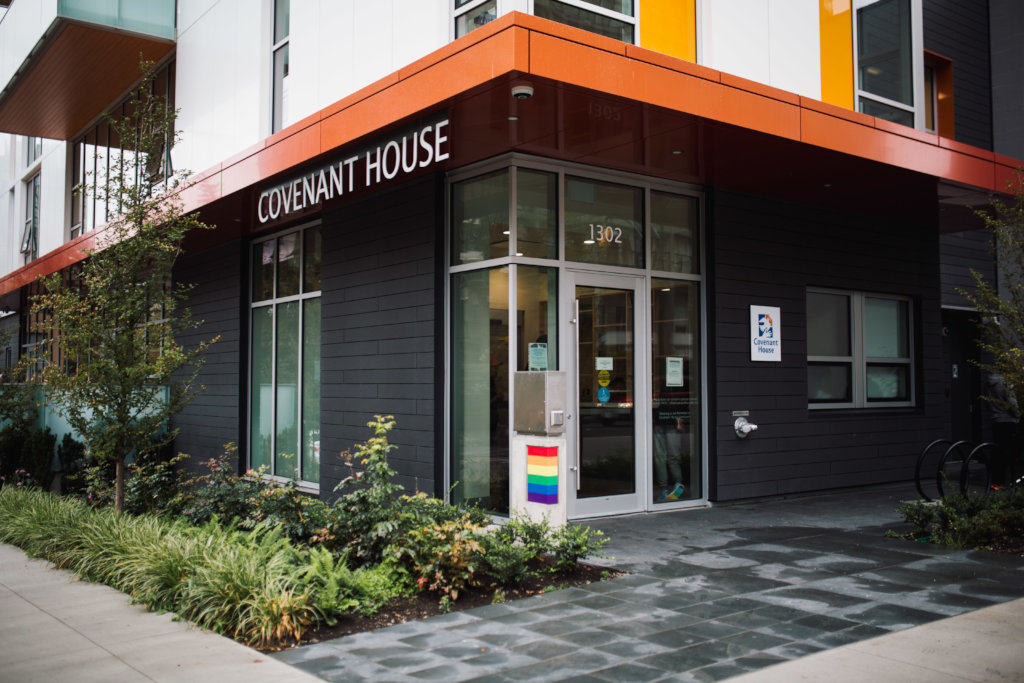 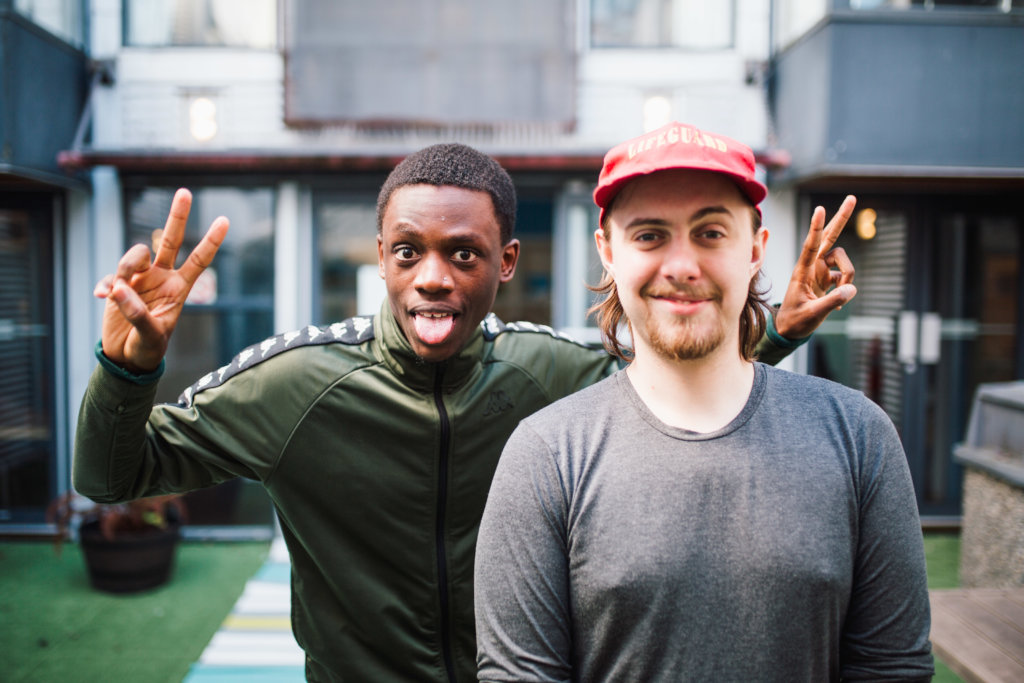 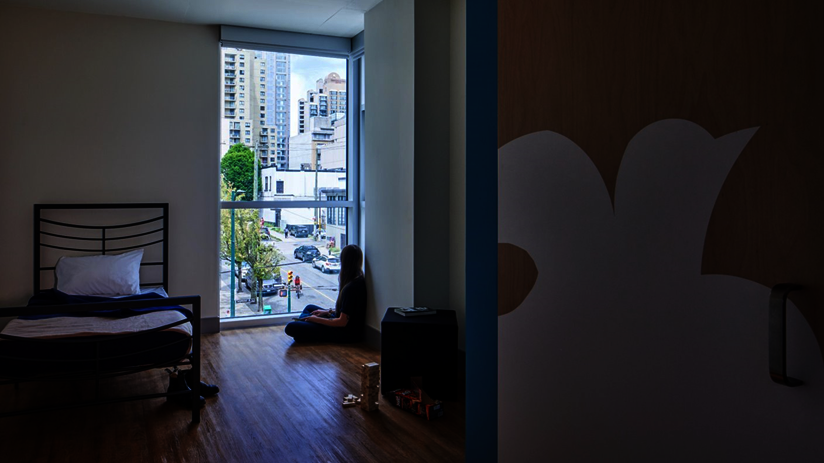 The young women at our short-term housing Crisis Program moved into our new building on Seymour Street. The women's Crisis Program staff planned a warm welcome celebration with decorations, cakes, candles and cheers. The youth are very happy to have this new, safe place to live. The youth have commented that they are most excited about the private showers and access to wifi.

Since moving into the new building, we were able to add 4 more beds, increasing our capacity from 24 beds to 28, serving even more young women in the Crisis Program. Since splitting out the program by gender in 2014, we've seen a 200% increase in the young women accessing our care, with the demand continuing to rise.

We are still in the midst of building more capacity for both male and female-identified spaces. With 235 youth turned away last year, we need more space to meet the demand of services. When the second building is complete, our capacity will increase by 70% to provide the best possible care to the youth who need it most. 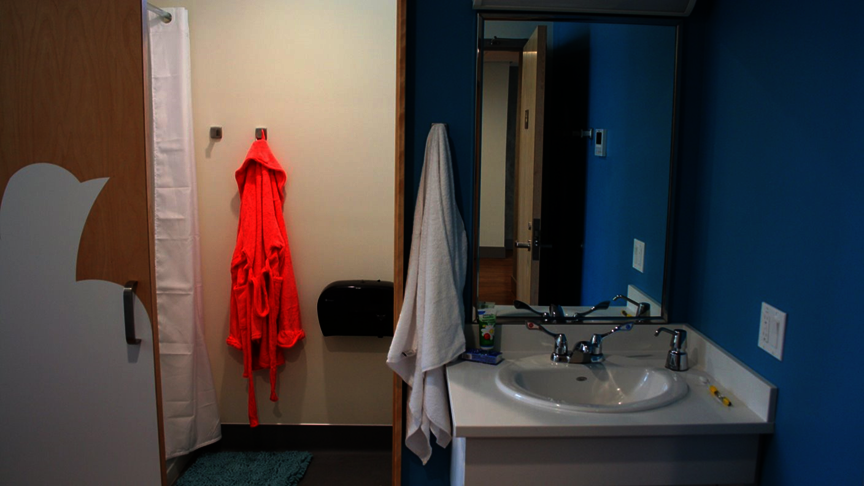 Donating through GlobalGiving is safe, secure, and easy with many payment options to choose from. View other ways to donate
Covenant House Vancouver has earned this recognition on GlobalGiving:

GlobalGiving
Guarantee
Donate https://www.globalgiving.org/dy/cart/view/gg.html?cmd=addItem&projid=41053&rf=microdata&frequency=ONCE&amount=25
Please Note
WARNING: Javascript is currently disabled or is not available in your browser. GlobalGiving makes extensive use of Javascript and will not function properly with Javascript disabled. Please enable Javascript and refresh this page.