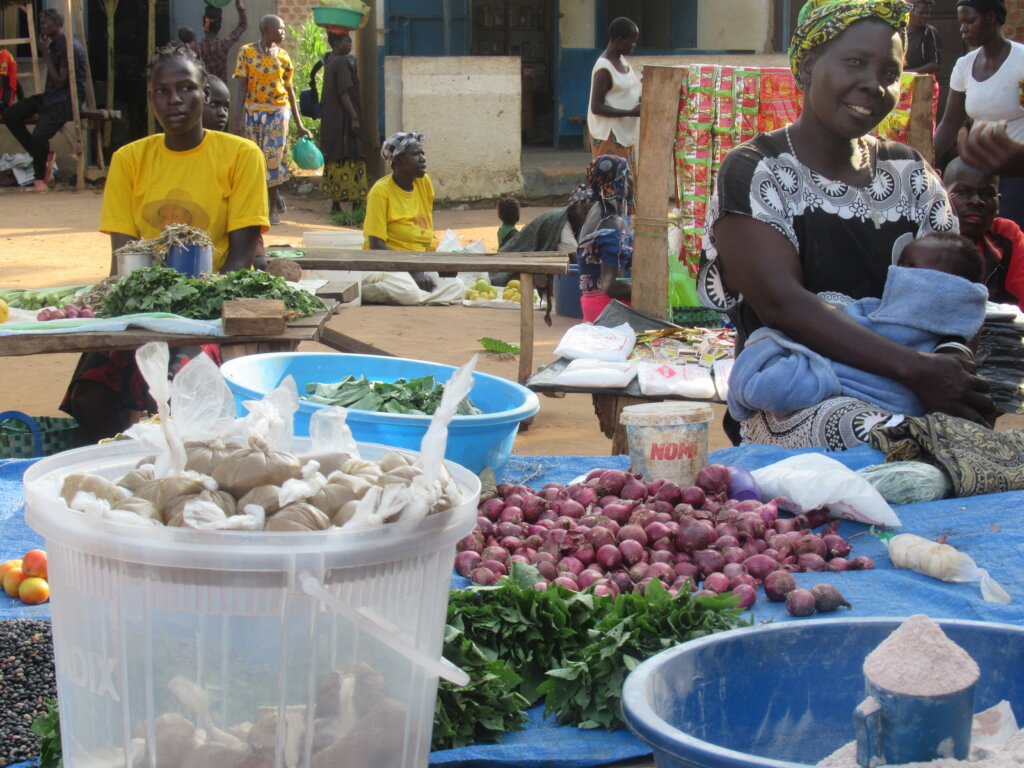 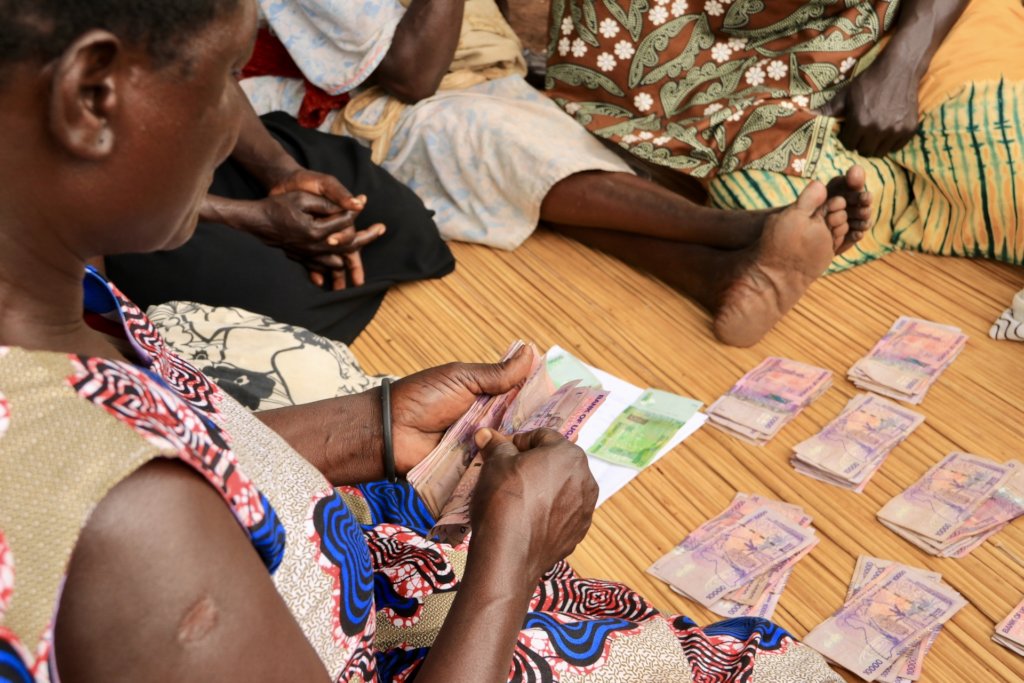 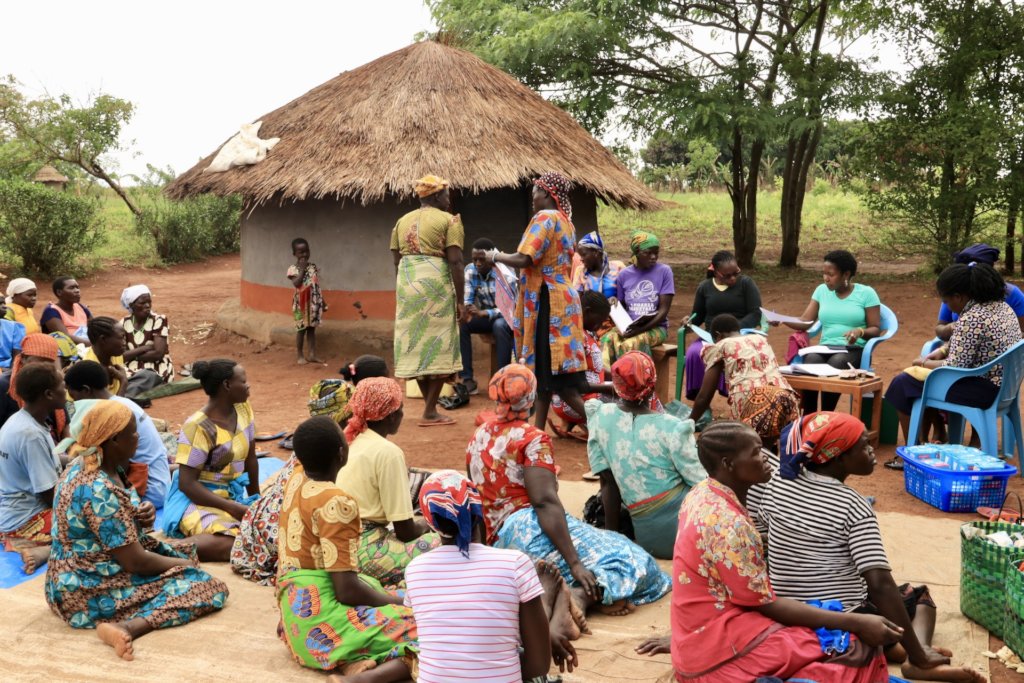 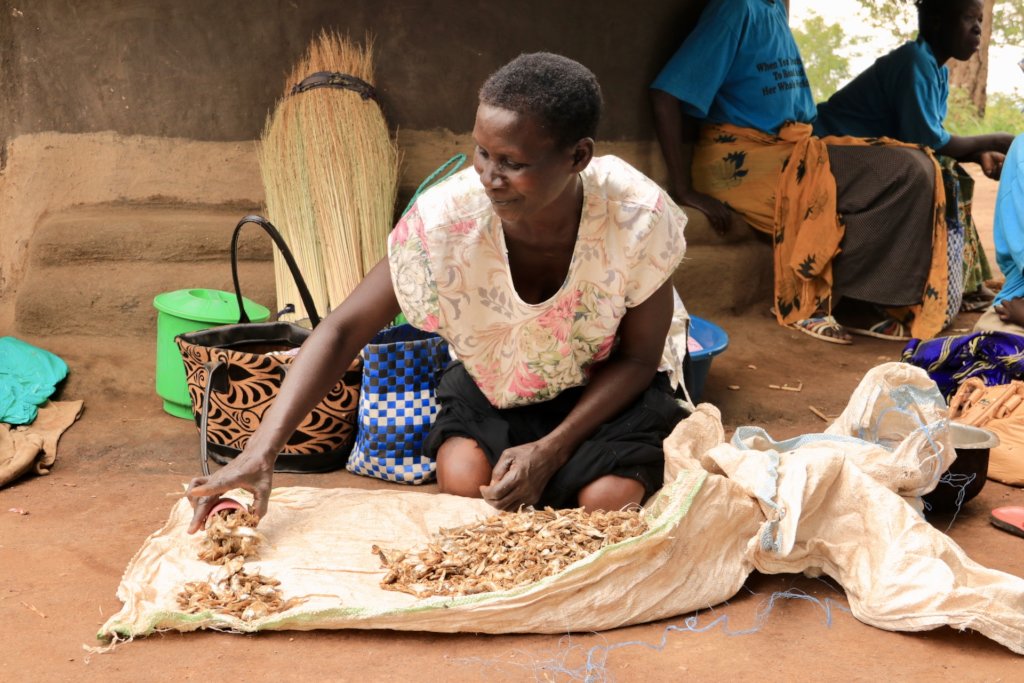 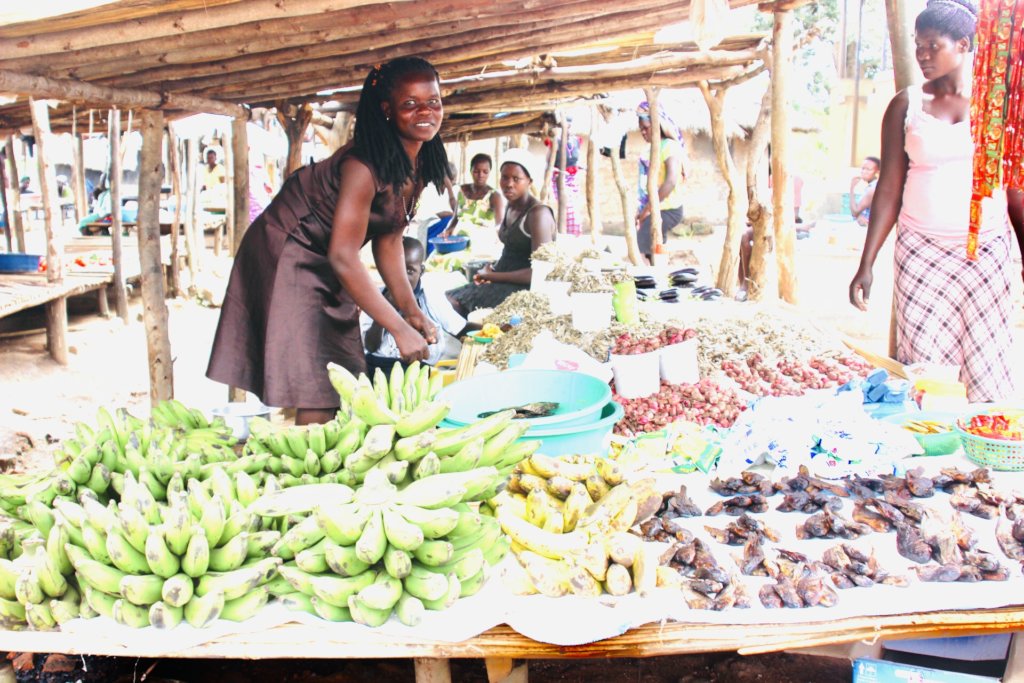 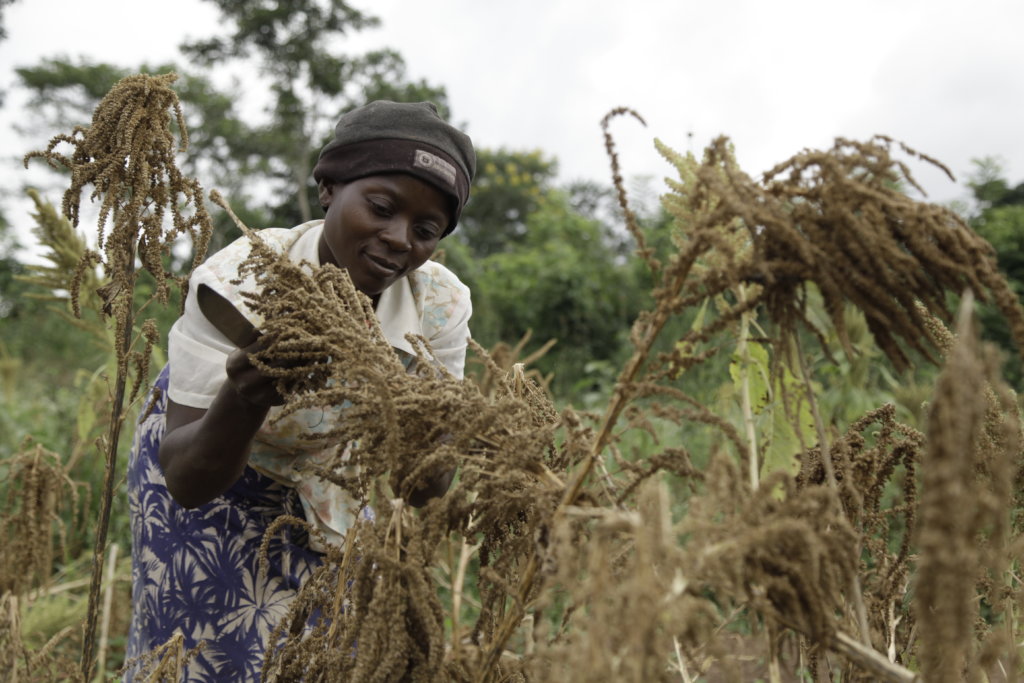 I Almost Gave Up on Life! 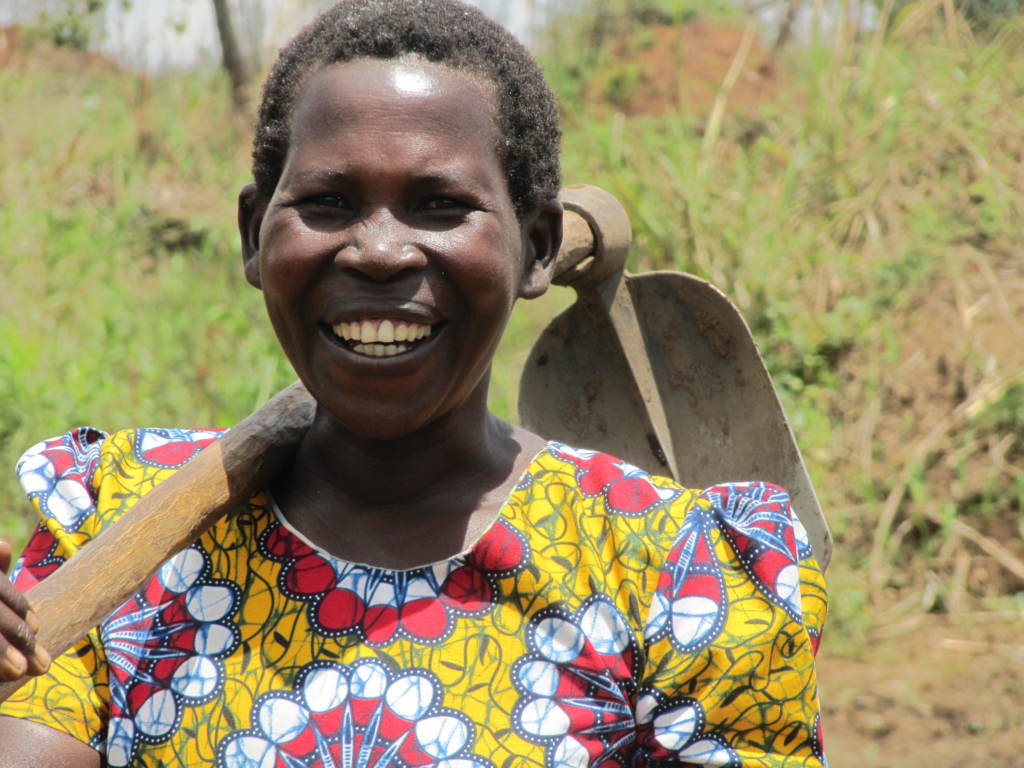 Agather aged 39, is a widow with three children and seven other dependents all are refugees who settled in Uganda from the Democratic Republic of Congo. Together with the other five members formed a self-help group Women Group. She says VAC-NET came at a time she needed a hand to hold her from collapsing. “I was having a timber business in the Democratic Republic of Congo when I lost all I had to the soldiers that confiscated all my timber and took all the money I had. It was a trying moment and I was on the verge of giving up on life as I had completely nothing. I and my family ran away from violent conflict in our country and we settled in Gulu.

A friend of hers invited her for training. It was about addressing the mindset. A number of facilitators talked and gave them hope and encouraged them to look at things from a positive angle. The facilitators told the story of a Bumble Bee that manages to fly even when many people thought it had no ability to fly. This motivated Agather and she started imagining herself holding millions of shillings again. During the training, she learned about business Selection and Projected Income Statements that enabled her to identify the business opportunity of growing and selling Rice.

After the training, she requests an agro loan of $350 and used it to buy rice for selling; and used the balance to hire and prepare land for growing beans and maize and UGX800,000 for paying school fees. After harvesting, she raised 2.4 million shillings from two tonnes of beans and one tonne of maize and also continued buying and selling Rice.

She has since diversified into a big supplier of produce linking the buyers from Gulu in Uganda with those in neighboring DRC who need all most food. She has been consistently working in this field and her daily sales range between UGX300,000 and UGX800,000 per day.

Agather currently employs 4 workers. She has a daughter at University where she pays her tuition,

"I was on the verge of giving up on life,"  Says: Agather

Women like Agather inspire us to do more and we thank you for your continued support using the power of microloans and education women can break the cycle of poverty and support their communities. Your thoughtful investment not only brings hope but it facilitates sustainable empowerment for women. Project Leader:
Bukenya Muusa
Gulu, Uganda
$5,754 raised of $35,000 goal
You last donated to this project on
21 donations
$29,246 to go
* Amounts in US Dollars
Donate Now
Donate once
Donate monthly
$10
USD
Will provide stationary for 15 women participating in business skills training
›
$25
USD
Will support 30 women to attend business skills training
›
$50
USD
will help a woman expand her agricultural projects
›
$200
USD
will provide microloans to 3 women starting small businesses
›
$1,000
USD
will provide microloans to a group of 30 women in rural village
›
$1,500
USD
Provides a 2 weeks of self reliance education workshop for 10 people on domestic violence and gender
›
Make a monthly donation & get matched today at 100% while funds remain. Terms and conditions apply.
Give the gift of stability in a time of instability. Set up an automatic, monthly gift now and get matched at 100%—because the COVID-19 pandemic has hurt us all, and it will take all of us to overcome it. Terms and conditions apply.
Monthly giving is as easy, safe, and as inexpensive as a Netflix subscription. Start a monthly donation to Volunteer Action Network today and get matched at 100%. Terms and conditions apply.
$30
USD
monthly
Will provide stationary for 15 women participating in business skills training
›
$300
USD
monthly
Will support business skill training for 100 women
›
$500
USD
monthly
Will support self reliance education training to a group of 30 women
›
$1,000
USD
monthly
Will provide micro loans to a group of 30 women
›

Donating through GlobalGiving is safe, secure, and easy with many payment options to choose from. View other ways to donate
Volunteer Action Network has earned this recognition on GlobalGiving:

GlobalGiving
Guarantee
Donate https://www.globalgiving.org/dy/cart/view/gg.html?cmd=addItem&projid=39548&rf=microdata&frequency=ONCE&amount=25
Please Note
WARNING: Javascript is currently disabled or is not available in your browser. GlobalGiving makes extensive use of Javascript and will not function properly with Javascript disabled. Please enable Javascript and refresh this page.