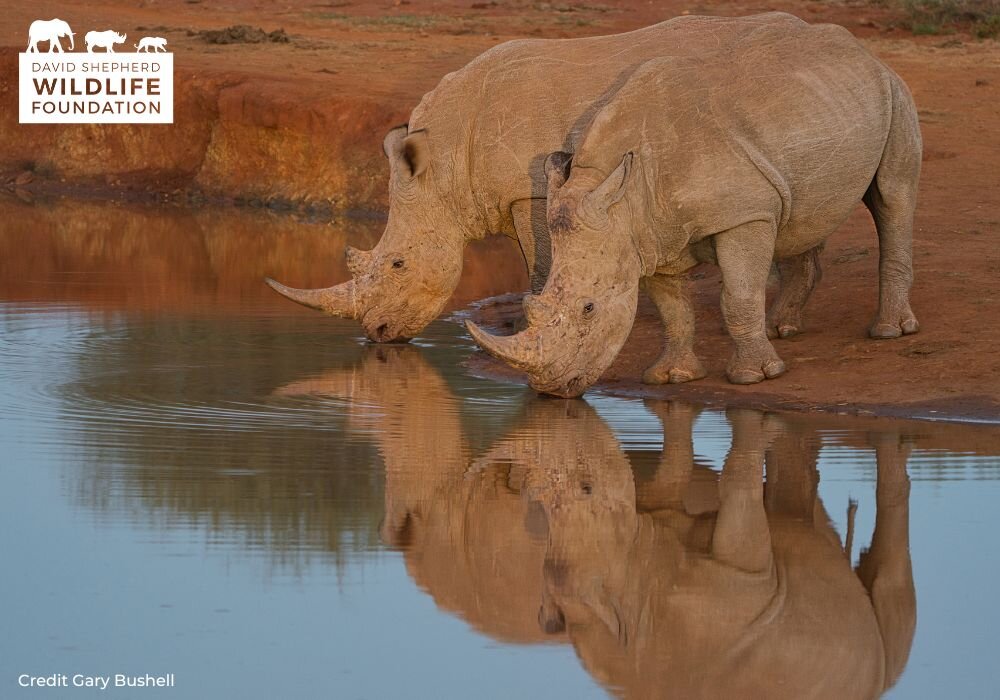 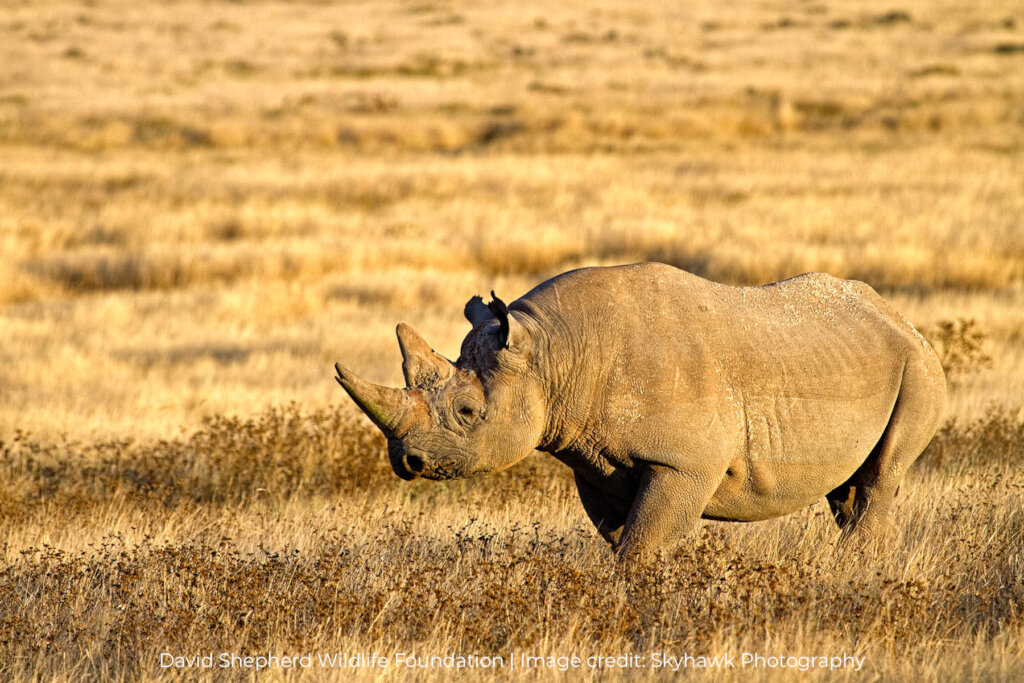 Black Rhinos are critically endangered with the current global population no more than 5,600. They remain under threat from both natural and human induced factors. These threats include poaching, habitat encroachment through human and livestock use of the rhino breeding zones, increased mining exploration activity, lack of quality forage and water in times of prevailing drought and human-induced disturbance primarily through uncontrolled tourism.

Largely due to successful collaboration with the Namibian government an exciting rhino range expansion project is underway in Namibia. The expansion represents a significant addition to black rhino habitat and further secures Namibia’s status as the global leader in black rhino conservation. Our ground-based conservation partners in Namibia protect a vast 25,000km2 area in the Western Kunene and Northern Erongo regions where due to the outstanding efforts of rangers on the ground they have seen an absence of rhino poaching since August 2020.

With the vision to ensure an increasing population of black rhino across an expanded range with zero poaching, ongoing funding from DSWF to our ground-based conservation partner is required to:

Though this vital work it is expected that the black rhino population will remain stable or increase across the landscape with the hope that 75% of all the rhinos across the landscape would be sighted monthly by a member of the ranger team. Poaching will remain at a minimal level and if poaching occurs, criminal cases will be thoroughly investigated leading to quicker arrests and convictions for poachers.

Find out more about our work with Rhinos

David Shepherd Wildlife Foundation (DSWF) would love to keep you up-to-date with how your generous support is making a difference, share exciting wildlife conservation stories and tell you about forthcoming campaigns, fundraising initiatives and events. If you would like to hear more from us, please let us know via our online form: Stay In Touch 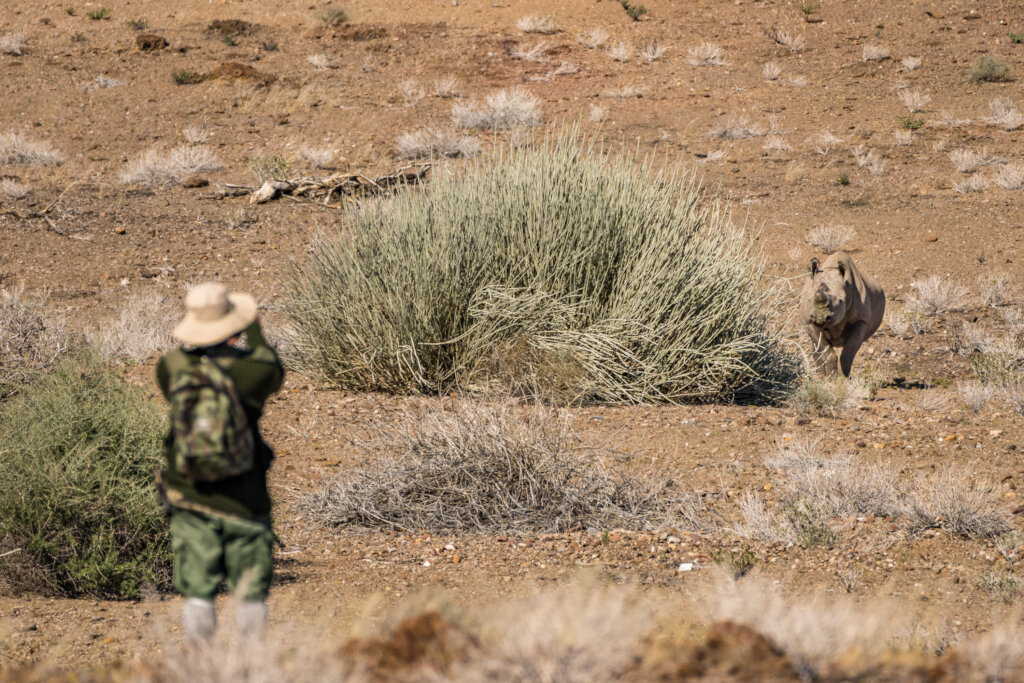 Image Credit: Save The Rhino Trust

Over the past six months, our ground-based conservation partners have continued to work around the clock to prevent rhino-poaching in Namibia and to protect one the world’s last remaining desert-adapted black rhino populations.

With the support of DSWF, the anti-poaching and monitoring teams operating in the Kunene and Erongo regions have logged a huge 38,155 km of vehicle and foot patrols over the past six-months. Their presence acts as a key deterrent to ‘would be poachers’ in the area.

The last rhino poaching incident in the region was in August 2020 meaning that almost 18 months have now passed without an incident. This is a significant decline in comparison to the 2014-2016 period where 30 animals were lost to poachers. These statistics highlight the direct impact of DSWF funding which is allowing the stable growth of the black rhino population nationally across Namibia.

In Asia our, our ground-based conservation partners are working to secure the future of the one horned rhino in Assam. During the past 6 months, DSWF have continued to support two K9 units in Assam which provide critical support to law enforcement efforts.

Combined, the two dog units have patrolled a total of 540km of prime rhino habitat. Alongside the K9 units, DSWF have supported field agents to continue their visits to field sites in order to gather information and monitor the movement of suspects involved in wildlife crime. Nine reports have been shared with enforcement agencies leading to eight arrests of individuals involved in wildlife crime.

DSWF have also continued our long-term support of an education and youth engagement programme which promotes coexistence between humans and rhinos. During the reporting period, 13 workshops were held reaching over 380 children. 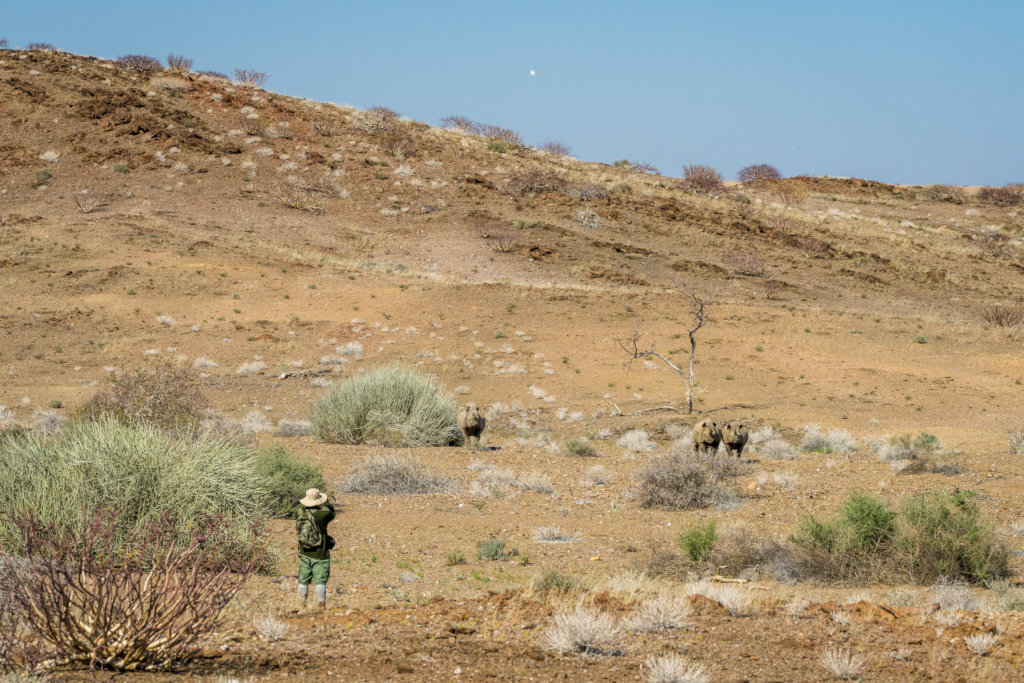 Thank you for supporting David Shepherd Wildlife Foundation (DSWF) through GlobalGiving. As well as providing you with your bi-annual rhino project report, we would also like to inform you about an exciting new campaign to make your support go further.

This week, GlobalGiving are hosting their annual Little by Little campaign, this means that all your donations donated through GlobalGiving to David Shepherd Wildlife Foundation from Monday 13th to Friday 17th September will receive 50% match funding from GlobalGiving. So, if you donate £20 to Rhinos today, we will receive £30 in total!

For this campaign, DSWF are seeking your generous support to help protect Namibia’s desert-adapted black rhino population. This is a vital conservation project which has seen some wonderful results in the past year. However, rhino populations are still on the decline with less than 30,000 remaining in the wild across five species and it is vital we continue our work to protect them.

Between 2018 and 2020, our ground-based conservation partners recorded almost 30 months free of rhino killings in the Kunene and Erongo regions of Namibia. An outstanding achievement. Unfortunately, four rhinos have been killed recently largely attributed to the collapse of tourism and livelihoods due to the Covid-19 pandemic. As such, DSWF funding has been directed towards enhancing anti-poaching patrol efforts and increasing team field days and foot patrols to prevent further killings. Our funding last year supported just under 35,000km of ranger patrols and led to 27 arrests including all the individuals involved in the recent poaching incidents as well as the buyer.

DSWF has also continued to fund an ongoing rhino monitoring assessment. Recent reports show a ground-breaking record of more than 4,000 individual rhino sightings over a 12-month period. This data collection is developing further understanding of rhinos in Namibia and are helping to inform and improve conservation strategies to better protect this iconic species.

In India, we have continued to support our ground-based conservation partners in and around the rhino-bearing areas of Assam. DSWF have provided essential field gear to 254 Village Defence Patrol Members. These defence patrols help to deter poachers entering national parks and contributed towards another whole year of zero rhino poaching incidents in three of Assam’s four rhino bearing areas. In addition, DSWF supported three workshops with border security and legal professionals contributing to the arrest of 37 suspects who engaged in wildlife crime and the seizure of 18 weapons.

We are hugely grateful for your support in helping us turn the tide on extinction. Thank you. 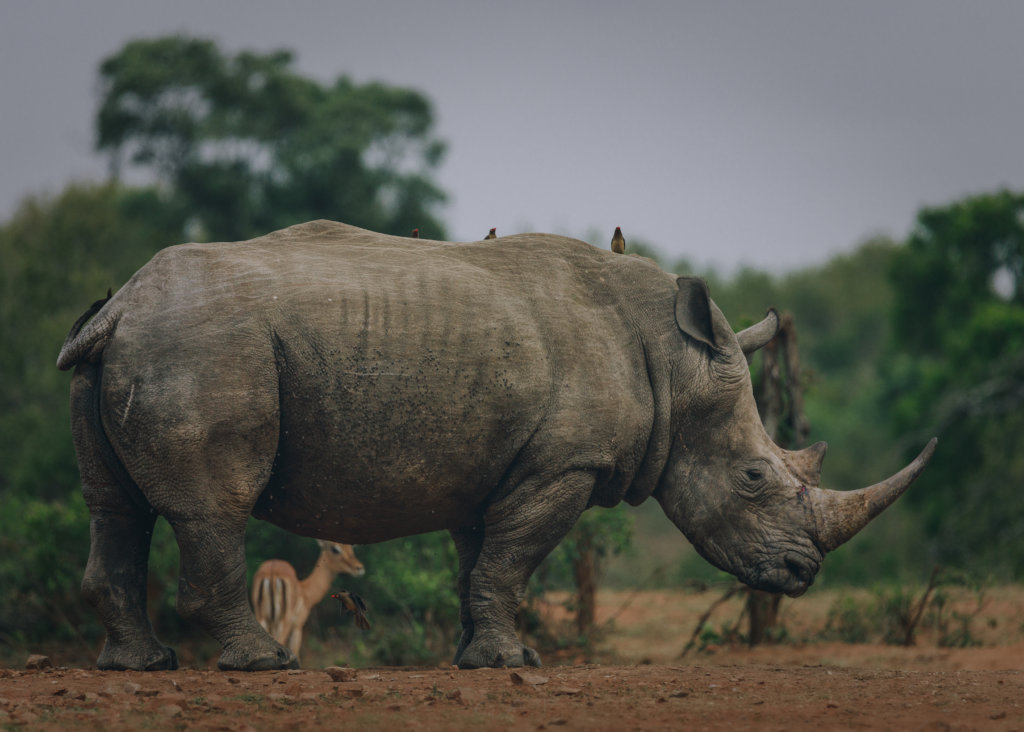 At DSWF we believe that it is vitally important to raise environmental awareness in children from an early age and it is our aim to bring conservation issues into schools and to individuals globally. Our conservation partners, Save The Rhino Trust in Namibia, were recently able to bolster their community outreach programmes with the addition of two new projects, Reading with Rhinos and Wild Rhino Experience which focus on children at primary school level through the provision of reading material, whilst also promoting the work that rangers and field staff do in conservation.

The work of DSWF and our ground-based conservation partners also include monitoring, training and research focused on desert-adapted black rhino. The overall goal of this project is to generate a stable or increasing population of black rhino with zero poaching.

To learn more about our conservation work with Rhinos, please visit our website.

Thank you for supporting us in our mission to turn the tide on extinction.

Thank you for choosing to protect rhinos in their natural habitats. You are helping our ground-based conservation partners in Africa adapt to the new challenges they are facing because of the pandemic.

Desert-adapted black rhinos are extremely endangered and only occur in the Namib Desert. Before 2020, our ground-based conservation partners in Namibia, Saving Rhino Trust (SRT), had no recorded instances of poaching for two and a half years.

We suspect that the increase in poaching activity is due to the significant hardships facing local populations as a result of pandemic and the subsequent economic downturn.

Thanks to your support, SRT has been able to increase patrol efforts in areas particularly susceptible to poaching.

We are pleased to report that all suspects involved in the April attack have been apprehended and are awaiting trial. This includes the alleged buyer, suggesting that the investigation has successfully infiltrated to higher echelons of the wildlife criminal network.

Project Leader:
Theo Bromfield
Guildford, Surrey United Kingdom
$2,196 raised of $15,000 goal
You last donated to this project on
35 donations
$12,804 to go
* Amounts in US Dollars
Donate Now
Donate once
Donate monthly
$10
USD
Could provide provisions for a wildlife ranger working on the front line of conservation
›
$50
USD
Could help to educate local communities neighbouring rhino habitats on the importance of rhino conservation
›
$100
USD
Could help reduce demand for rhino horn through educational campaigns in Asia
›
$200
USD
Could help provide helicopter fuel for a rapid response rhino rescue mission to save poached rhinos
›

GlobalGiving
Guarantee
Donate https://www.globalgiving.org/dy/cart/view/gg.html?cmd=addItem&projid=40135&rf=microdata&frequency=ONCE&amount=25
Please Note
WARNING: Javascript is currently disabled or is not available in your browser. GlobalGiving makes extensive use of Javascript and will not function properly with Javascript disabled. Please enable Javascript and refresh this page.