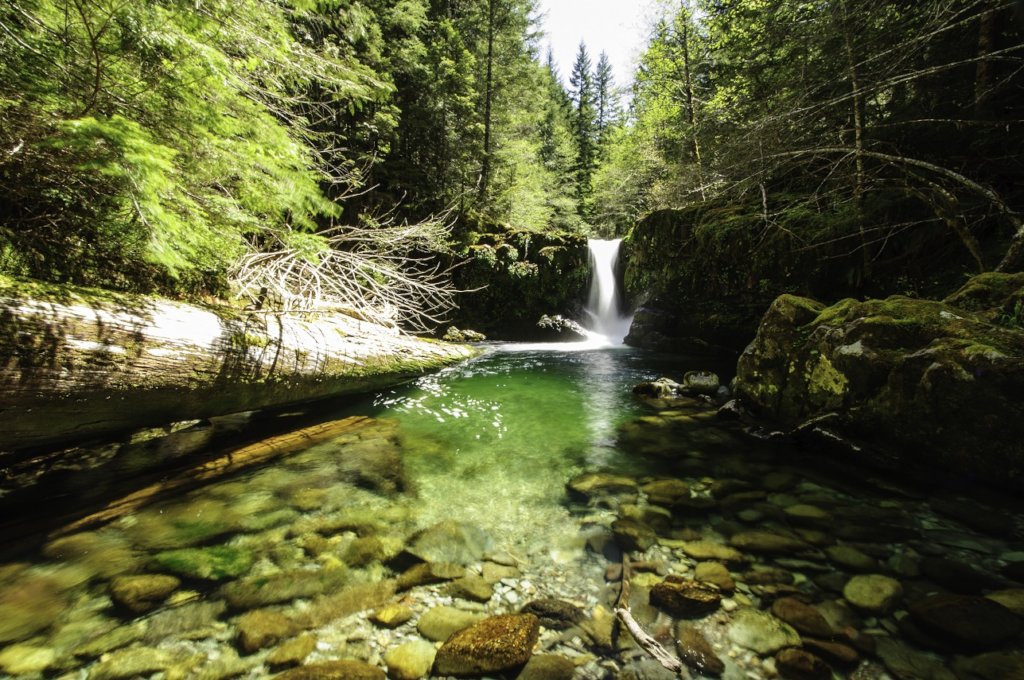 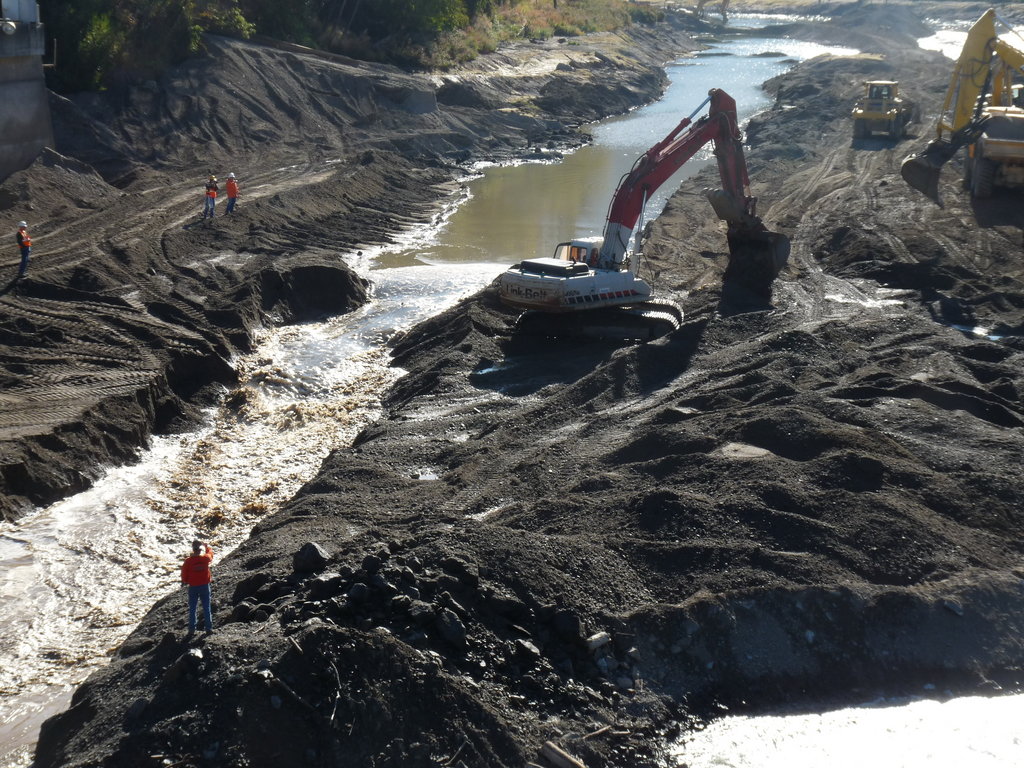 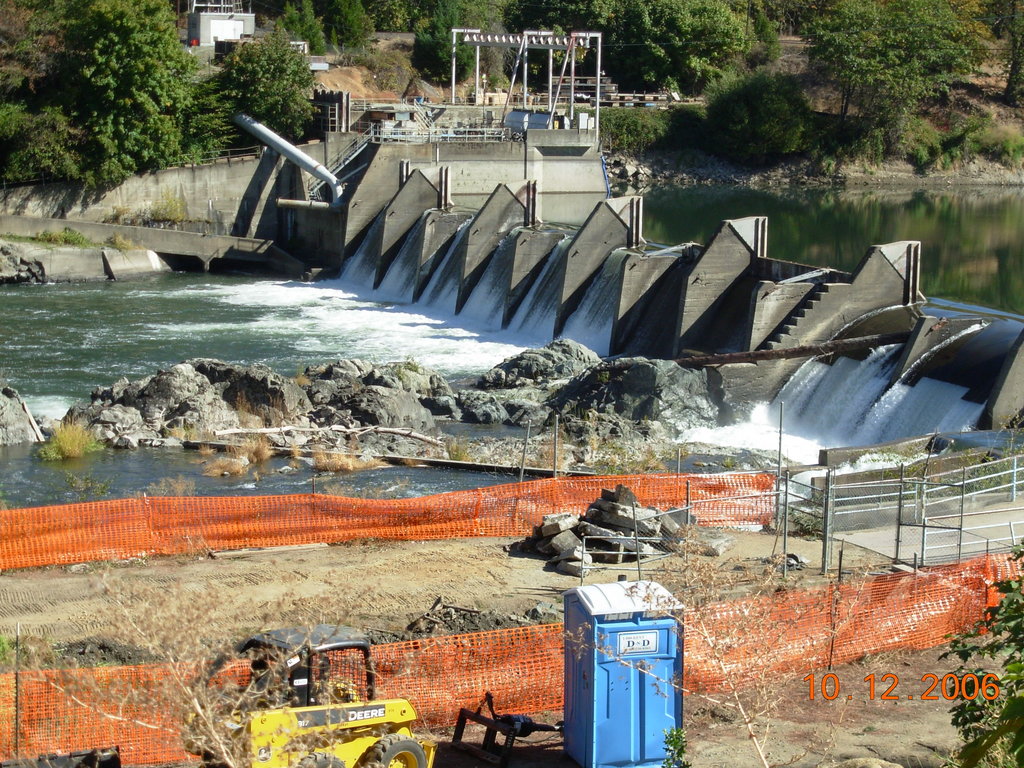 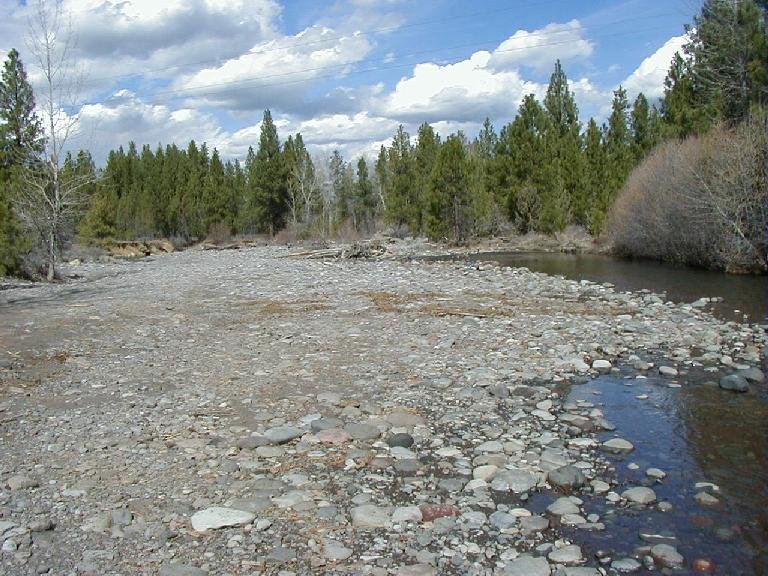 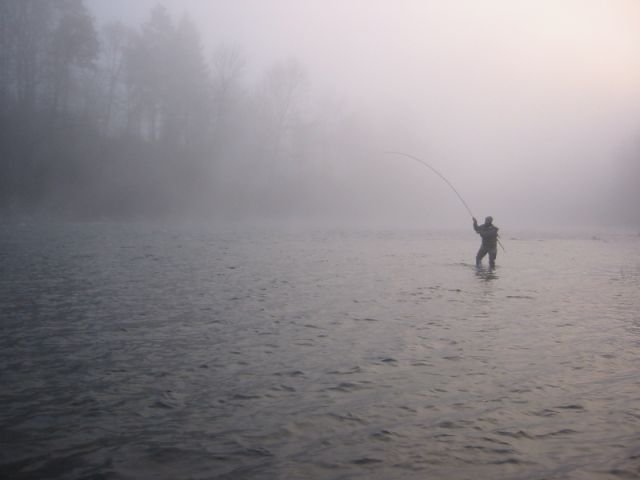 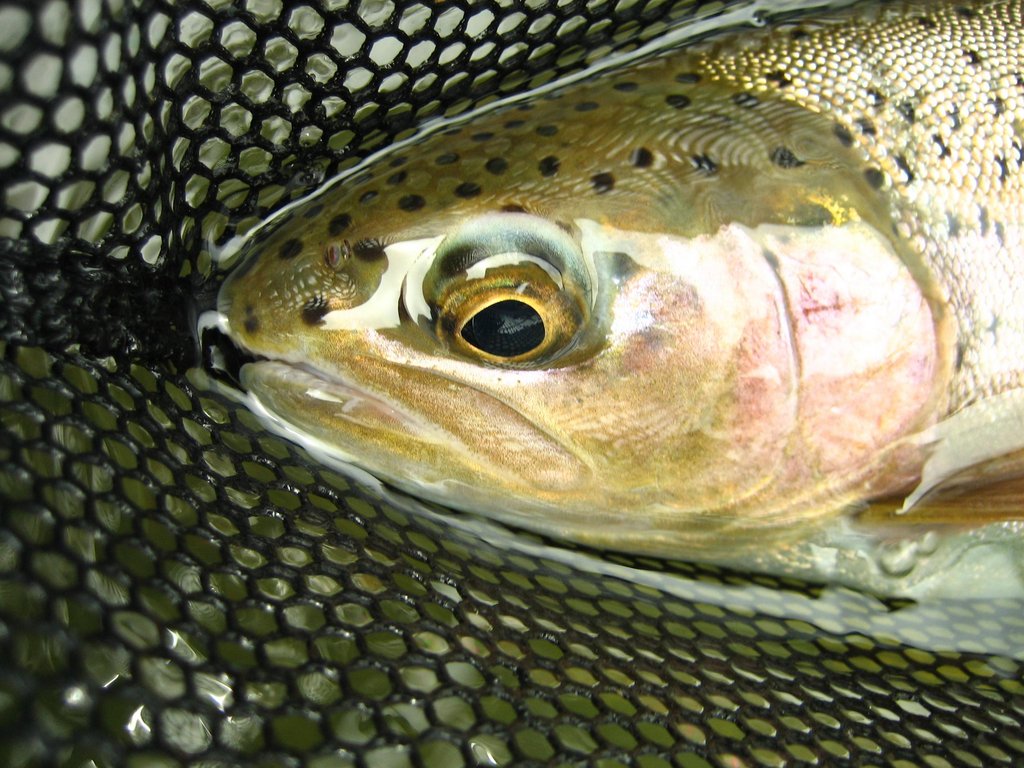 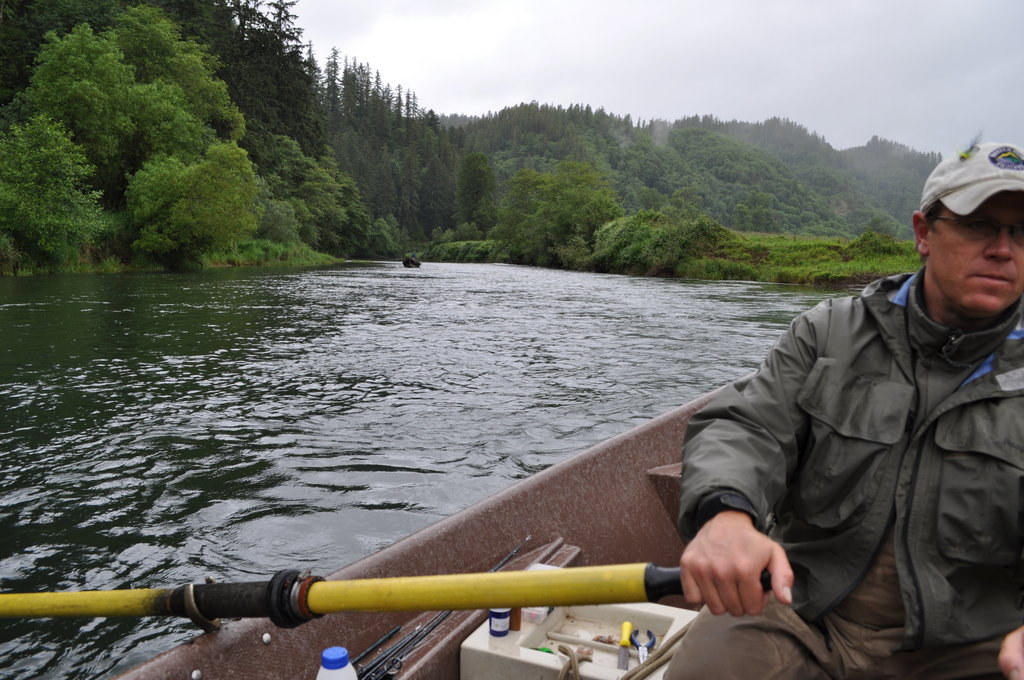 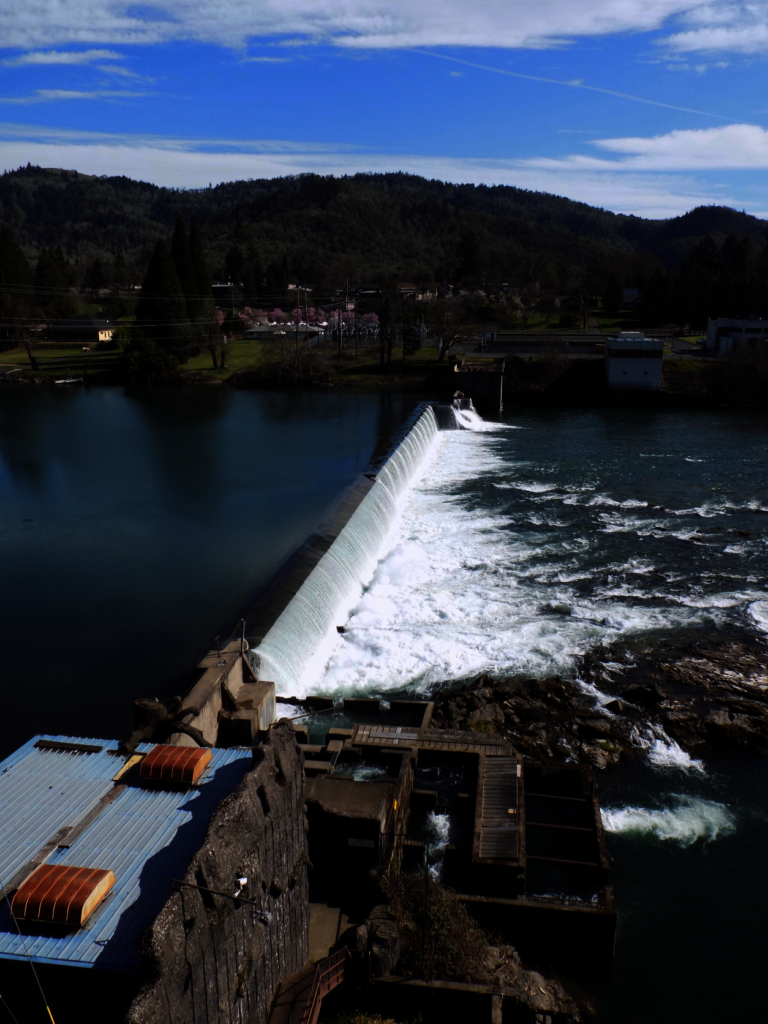 On the North Umpqua River, WaterWatch of Oregon is leading a coalition of over 20 local and statewide fishing, conservation, and whitewater groups working to end the harm caused by Winchester Dam, the Oregon Department of Fish and Wildlife's second highest priority for fish passage improvement among all privately owned dams in the state.

To protect the irreplaceable North Umpqua, our coalition has so far intervened in a state proceeding to hold the dam owners accountable for a botched 2018 repair that killed numerous fish and harmed the primary drinking water source for 37,700 people, moved Oregon officials to require the owners to meet state dam safety standards for the first time in decades, and filed suit to stop harm the dam causes to protected Coho – after the dam owners rejected our coalition’s offer to raise the public and private funds necessary to remove the dam at little to no direct cost to the owners.

One of just twenty designated high hazard dams evaluated by state officials to be in poor or unsatisfactory condition in Oregon, Winchester is categorized as high hazard by the Oregon Department of Water Resources primarily due to likely loss of life in the case of dam failure among the people who frequent the river, parks, and boat ramps just downstream. There may be an increased risk of a failure at this dam in the near term due to recent catastrophic fire in the North Umpqua.

Unfortunately, Winchester Dam’s owners reneged on a verbal commitment to repair known safety issues at the dam in 2021, after already delaying action for 17 months on a 2019 request from safety officials for a comprehensive inspection and repair of the derelict dam. These safety problems, including many large holes through and under the structure, also cause delay, injury, and death for salmon and steelhead. Previously, Winchester’s owners ignored or delayed action on warnings regarding leakage under the dam’s south abutment contained in state inspection letters in 2016 and 2017. In late 2018, fear of a dam failure due to the growing leakage precipitated a hurried, unpermitted, and ultimately botched repair at the dam.

River advocates will continue pushing the dam owners to comply with state and federal protections for fish, water quality, and public safety. Our preferred alternative to resolve the myriad problems at Winchester Dam is to remove this obsolete structure through a cooperative agreement. We expect removal will bolster fish runs and improve overall river health and resiliency in the face of climate change.

Project Leader:
Neil Brandt
Portland, Oregon United States
$38,410 raised of $50,000 goal
You last donated to this project on
244 donations
$11,590 to go
* Amounts in US Dollars
Donate Now
Donate once
Donate monthly
$25
USD
Will pay the cost to receive notice of public records and decisions from the Water Resources agency necessary to protect instream flows
›
$100
USD
Will pay for one hour of consultation with engineers, planners, and scientists who help WaterWatch bring the best scientific and economic data to the negotiating table and to the courtroom.
›
$300
USD
Will pay for half the filing fee of an administrative protest to protect the public's water
›
$600
USD
Will pay the full cost of filing a legal protest to protect the public's water
›

Make a monthly donation & get matched today at 100% while funds remain. Terms and conditions apply.
Give the gift of stability in a time of instability. Set up an automatic, monthly gift now and get matched at 100%—because the COVID-19 pandemic has hurt us all, and it will take all of us to overcome it. Terms and conditions apply.
Monthly giving is as easy, safe, and as inexpensive as a Netflix subscription. Start a monthly donation to WaterWatch of Oregon today and get matched at 100%. Terms and conditions apply.
$25
USD
monthly
Will pay the cost to receive notice of public records and decisions from the Water Resources agency necessary to protect instream flows
›
$100
USD
monthly
Will pay for one hour of consultation with engineers, planners, and scientists who help WaterWatch bring the best scientific and economic data to the negotiating table and to the courtroom.
›
$300
USD
monthly
Will pay for half the filing fee of an administrative protest to protect the public's water
›
$600
USD
monthly
Will pay the full cost of filing a legal protest to protect the public's water
›

Donating through GlobalGiving is safe, secure, and easy with many payment options to choose from. View other ways to donate
WaterWatch of Oregon has earned this recognition on GlobalGiving:

GlobalGiving
Guarantee
Donate https://www.globalgiving.org/dy/cart/view/gg.html?cmd=addItem&projid=7151&rf=microdata&frequency=ONCE&amount=25
Please Note
WARNING: Javascript is currently disabled or is not available in your browser. GlobalGiving makes extensive use of Javascript and will not function properly with Javascript disabled. Please enable Javascript and refresh this page.