by The Cape of Good Hope SPCA 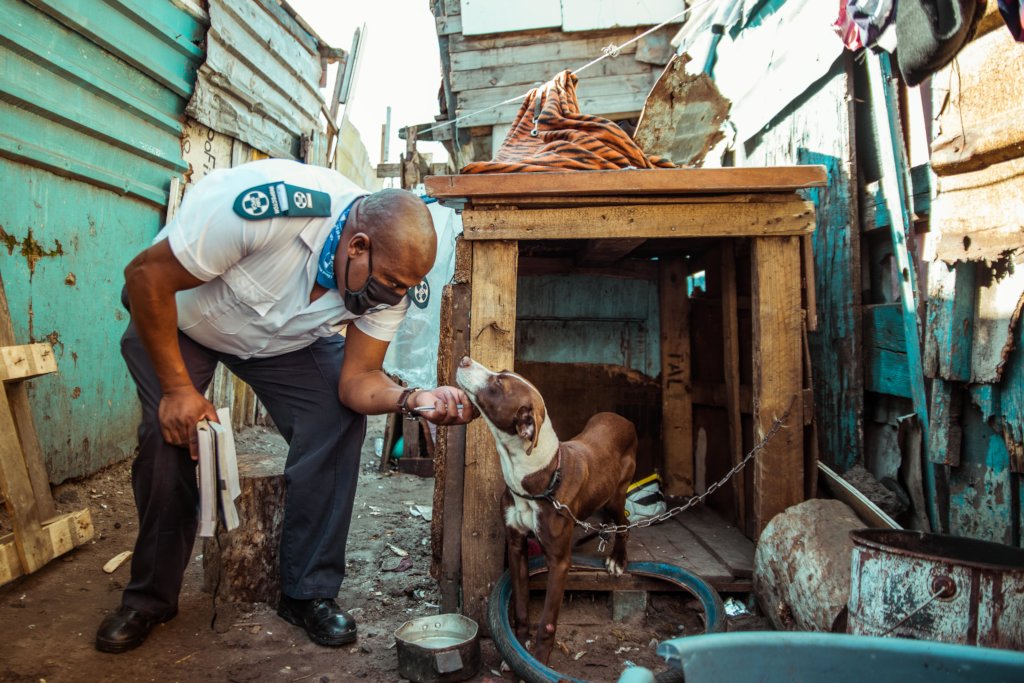 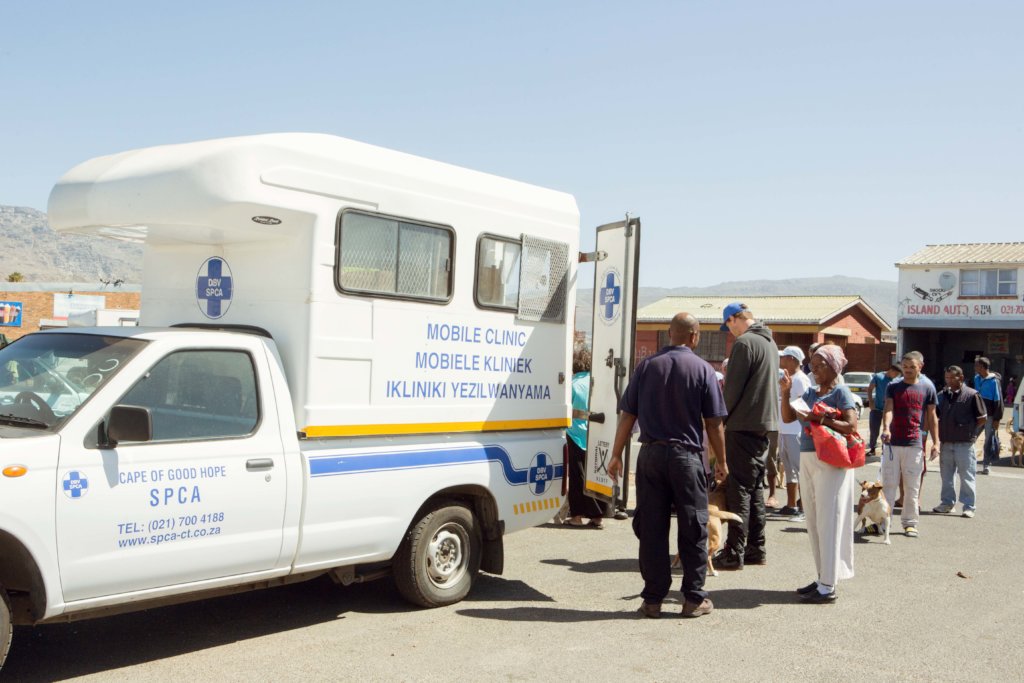 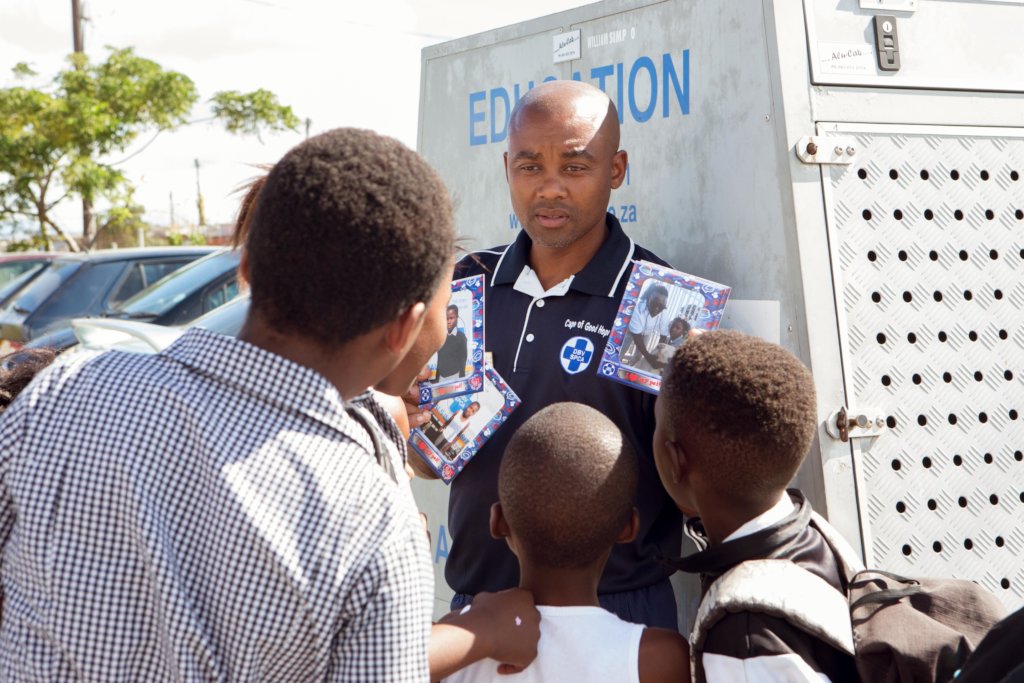 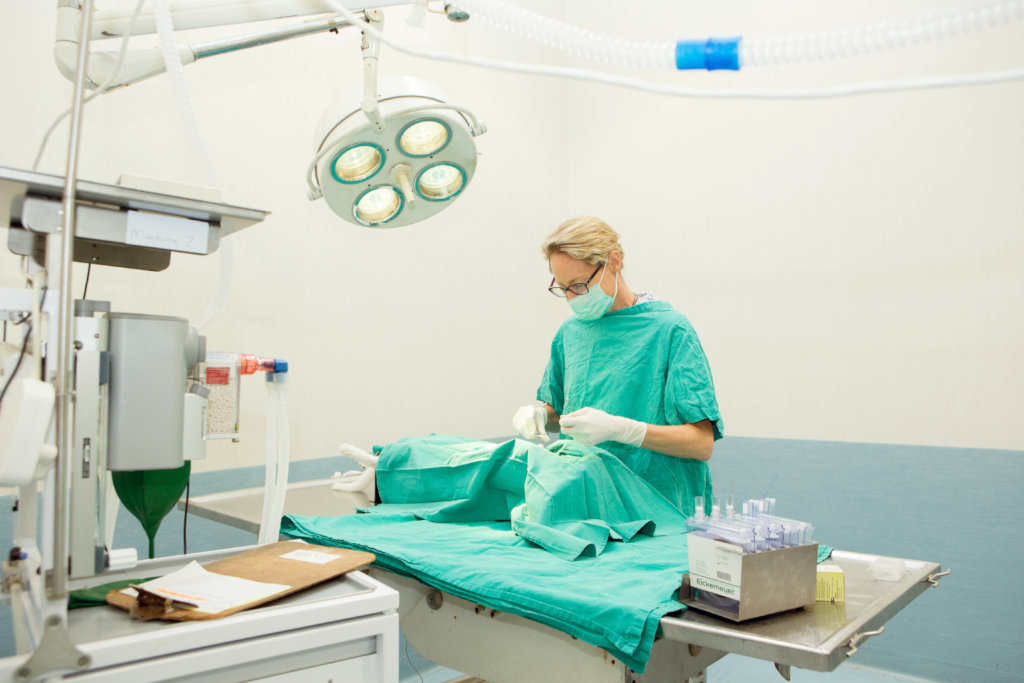 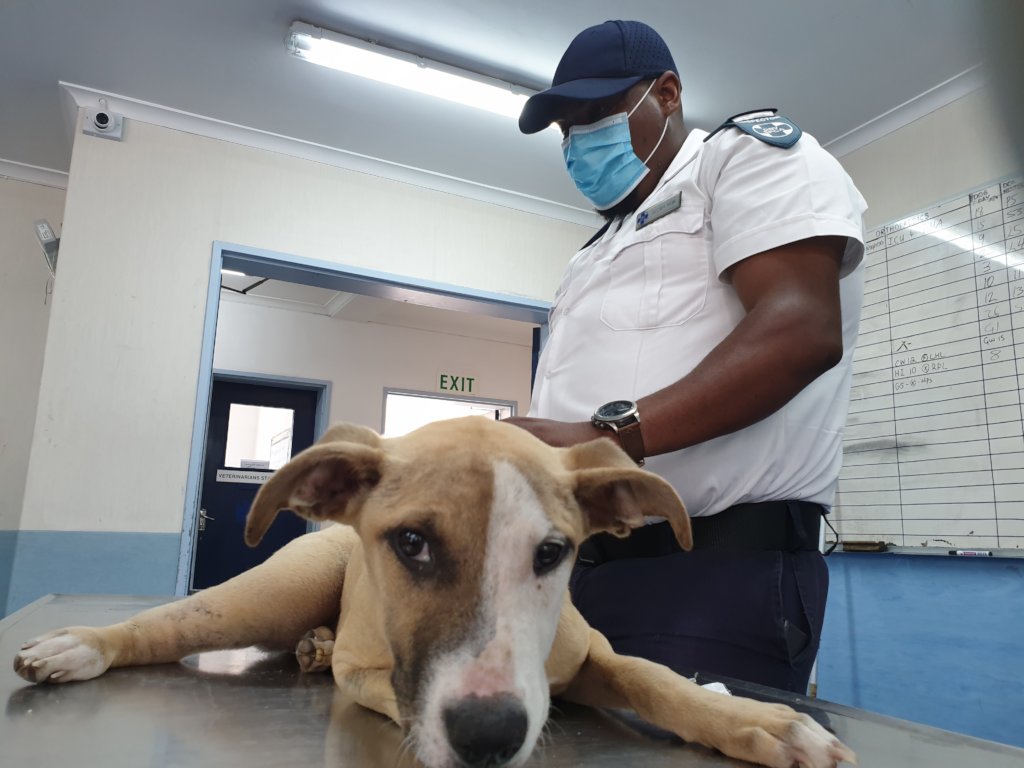 Bali with Inspector Jeffery Mfini
Dear Animal Warrior,
Our Inspector Jeffery Mfini was recently left sick with worry! The owner of a dog with what he suspected were two broken hind legs, refused his offer of veterinary assistance because of the SPCA's mandatory sterilisation admissions policy.  The owner alleged he had paid R600 for his dog and he wanted to sell her puppies so that he could make money.  It's a crime in South Africa to deny an animal veterinary care and so Inspector Jeffery left the property only to return a short while later with South African Police Services and a court order for the removal of the dog from her owner’s care.  Imagine his horror when the dog, according to owner had simply "disappeared". He feared the worst, had the dog being killed so that there was no evidence of a crime or had she been hidden away to avoid sterilisation and was she laying somewhere in indescribable pain ........
Fortunately, Inspector Jeffery had photographic and video evidence on his phone and so the owner could be arrested for the obstruction of justice and was remanded into police custody.  The search for the wounded dog got underway quickly with the SPCA offering a reward for information on her location and with Inspectory Jeffery going door to door in the community looking for her. At around 10pm that night she was finally located, residents at the property in question alleged she had simply reappeared which was highly unlikely for a dog with 2 injured hind legs.
Bali was admitted to the closest private veterinary facility so that her pain could be managed overnight and she was transferred to our on-site animal hospital the next morning.  We called her Bali. Her name means strength or mighty warrior, attributes she would need to overcome the horrific neglect she had suffered. Bali had several old and new abrasions, including one that left the cartilage on one hind leg exposed. One leg was badly broken and required surgical repair, something that had to be delayed because Bali was also fighting Ehrlichia, a tick borne disease that affected the clotting capacity of her blood.
Her leg was pinned as soon as we were able to but unfortunately too much time had passed between Bali's injury and the surgery to repair her badly broken leg.  She had to undergo a second surgery to amputate the affected limb but did that hamper Bali? Not at all! Vastly improved health and renewed trust in people saw Bali’s personality blossom. Far from being the frightened little dog that Inspector Mfini saved from a criminally negligent owner, Bali became a loving little girl that laps up – and returns – as much love as she receives.
It wasn't long before a family opened their home and their heart to her and accepted our 3-legged girl, warts and all!  Bali went through so much simply because one selfish individual wanted to make money out of back yard breeding, thankfully Bali will never have to endure that life.  She has been sterilised and will never become a breeding machine.
The Cape of Good Hope SPCA has been working closely with Cape Town Authorities in a bid to legally enforce the sterilisation of cats and dogs over 6 months of age.  This, to not only curb pet populations but also to prevent the cruelty that results from the birth of 1000's of unwanted puppies and kittens.  The amended Animal Keeping By-Laws were approved and came into effect on the 1st of September 2021.  It is a victory for the SPCA but now we must stand ready to assist the disadvantaged communities who are coming forward to have their animals sterilised.
Please would you assist us again, so that no animal ever has to go through what Bali did and so that we can actively assist law abiding citizens with the safe sterilisation of their much loved companions?
Thank you so much for recognising that sterilisation is one of the few tools we have at our disposal to actively prevent cruelty to animals.
Yours for the love of animals,
Belinda 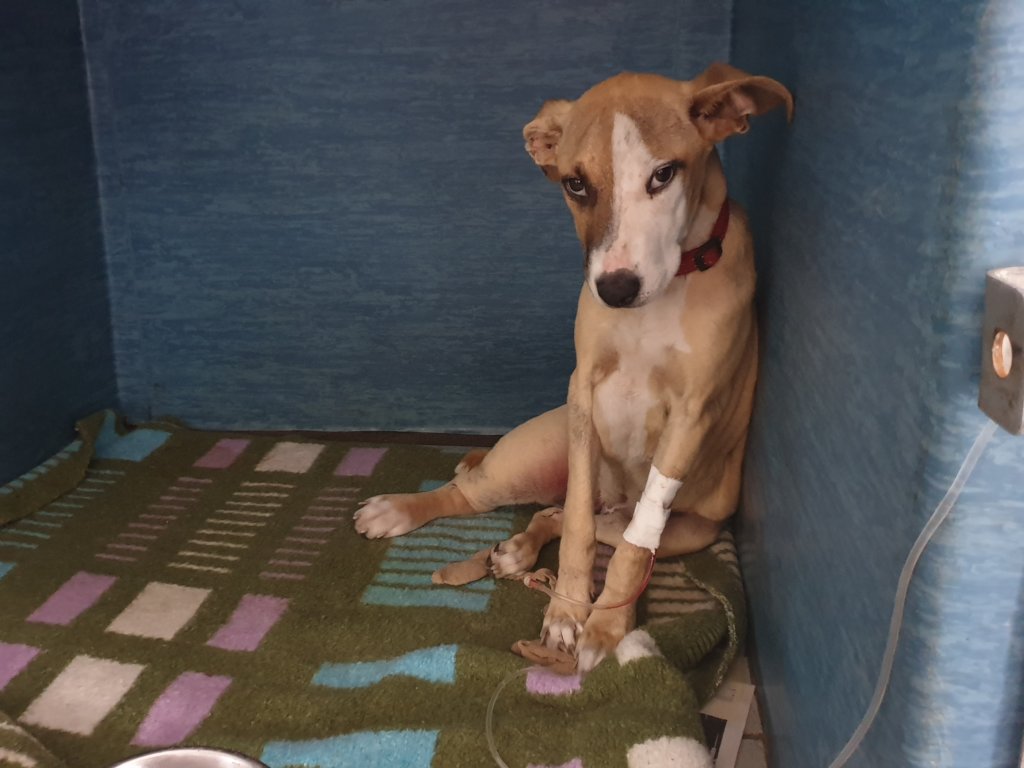 Bali on Admission - Look how swollen her leg is 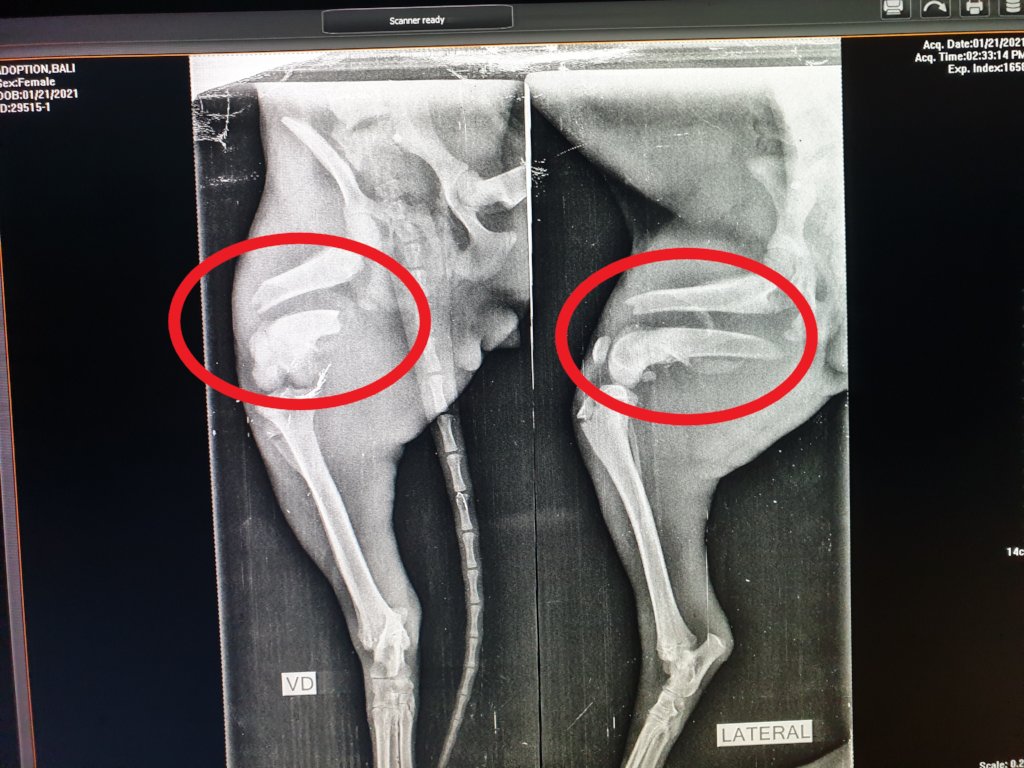 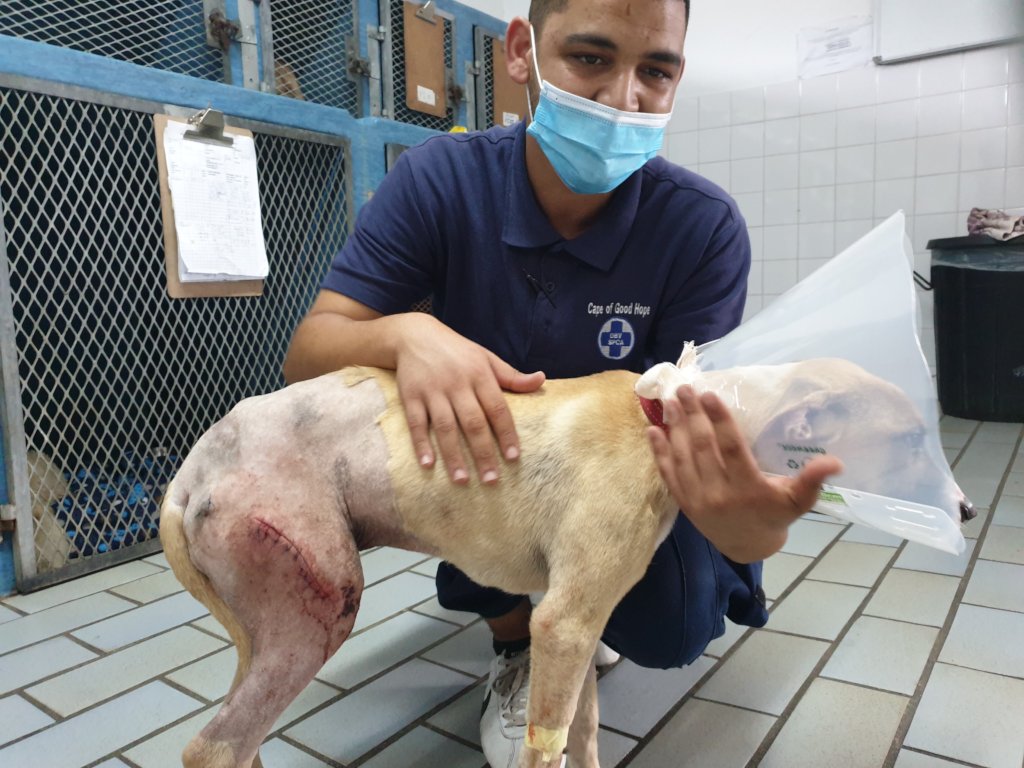 Bali after her first surgery 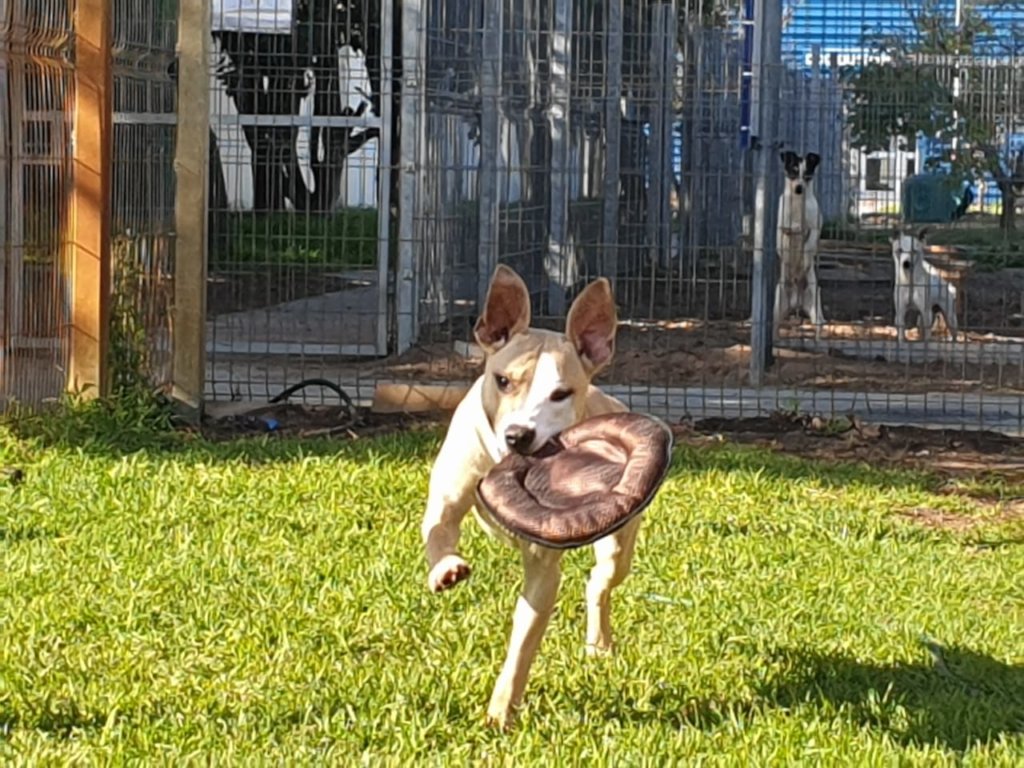 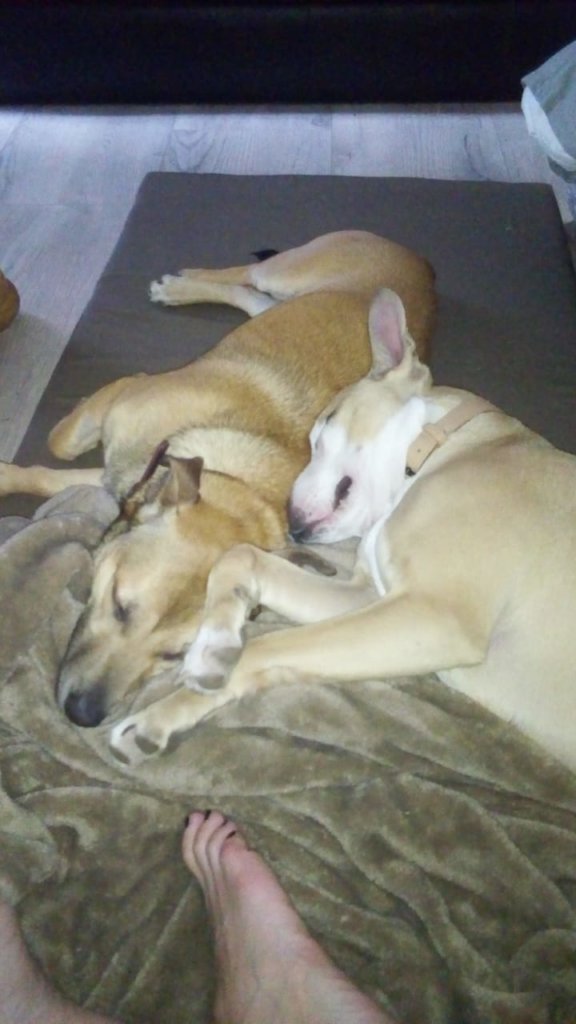 Life's Good when you're adopted

« Previous - "Breeders stopped in their..."
Comments:

The Cape of Good Hope SPCA Donating through GlobalGiving is safe, secure, and easy with many payment options to choose from. View other ways to donate
The Cape of Good Hope SPCA has earned this recognition on GlobalGiving:

GlobalGiving
Guarantee
Donate https://www.globalgiving.org/dy/cart/view/gg.html?cmd=addItem&projid=45425&rf=microdata&frequency=ONCE&amount=25
Please Note
WARNING: Javascript is currently disabled or is not available in your browser. GlobalGiving makes extensive use of Javascript and will not function properly with Javascript disabled. Please enable Javascript and refresh this page.