by Partners In Health (PIH) 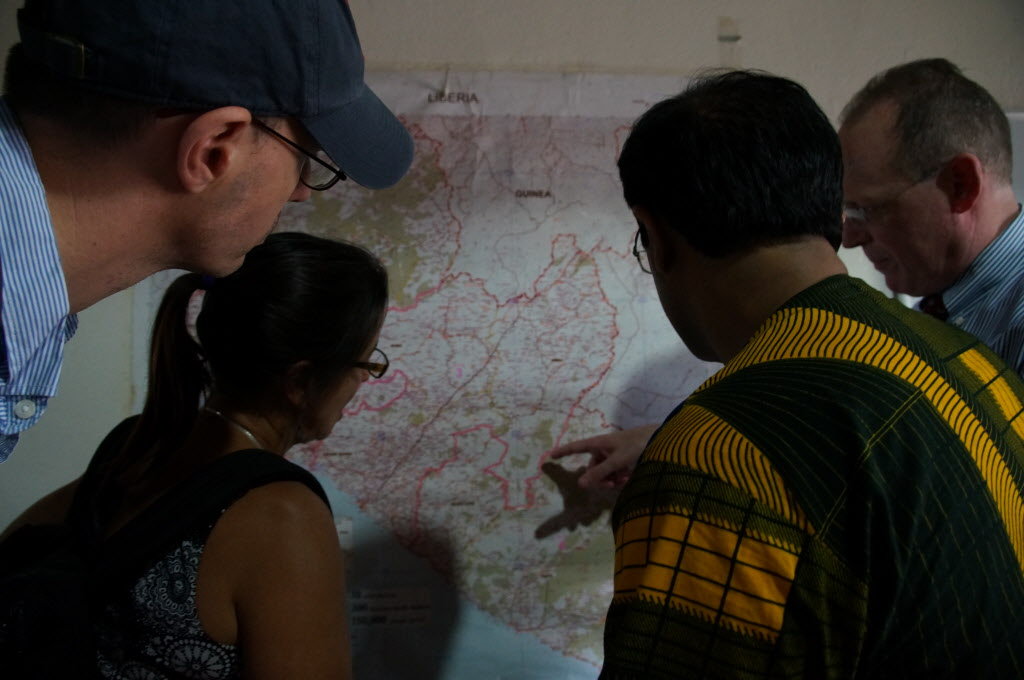 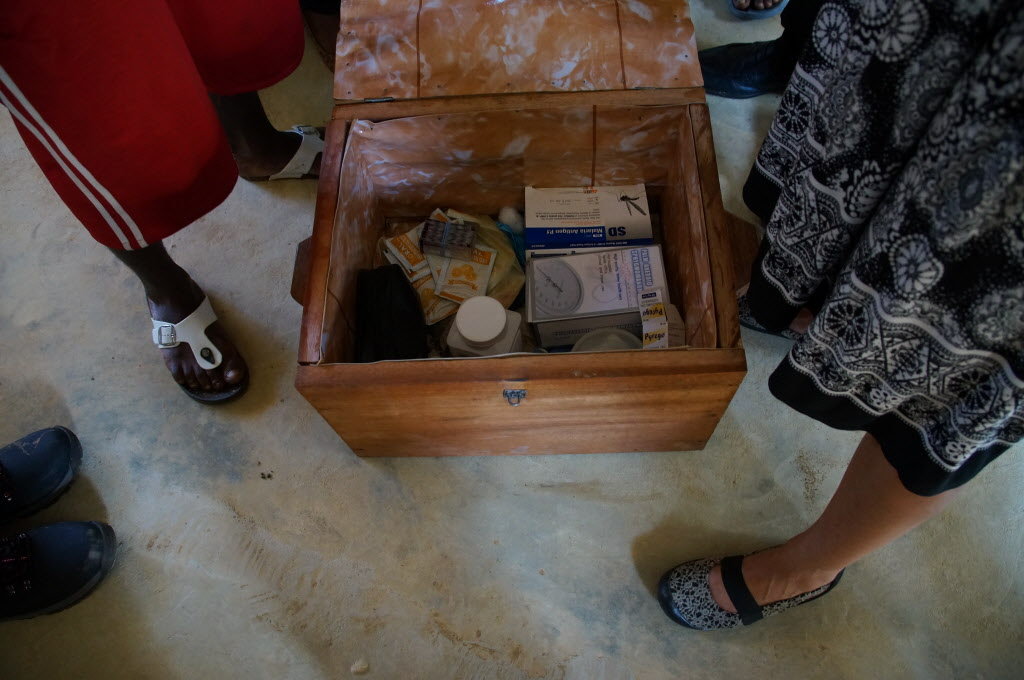 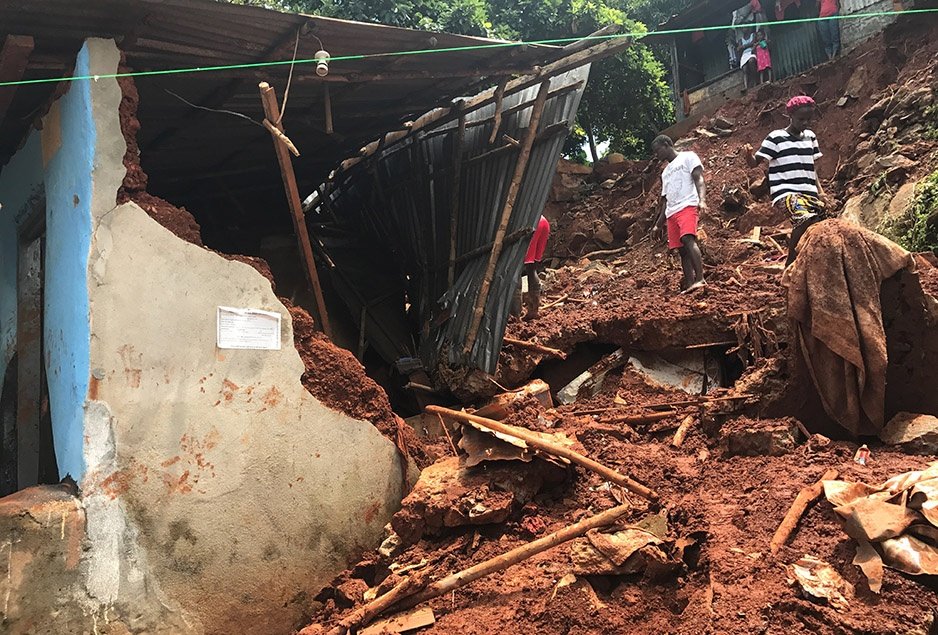 Thank you for your generous support of PIH’s work in Liberia and Sierra Leone in the long wake of Ebola.

Numerous family members of PIH staff are among the dead.

“There have been staggering losses among some of our staff members,” said PIH – Sierra Leone’s executive director.

One PIH employee lost eight members of his family. Another lost five. A third lost his sister.

The torrential flooding also raised concerns about a cholera epidemic. In response, PIH supported a cholera vaccine campaign in which government employees fanned out from helath centers around the capital to deliver the second and final dose of a vaccine that will protect roughly half a million residents from the deadly diarrheal disease.

“Having the vaccine accessed and delivered so rapidly in Sierra Leone adds some much-needed relief for people often last picked to receive the benefits of modern medicine,” said PIH – Sierra Leone’s executive director.

We appreciate all of your help as Sierra Leone and our staff recover from the devastation. 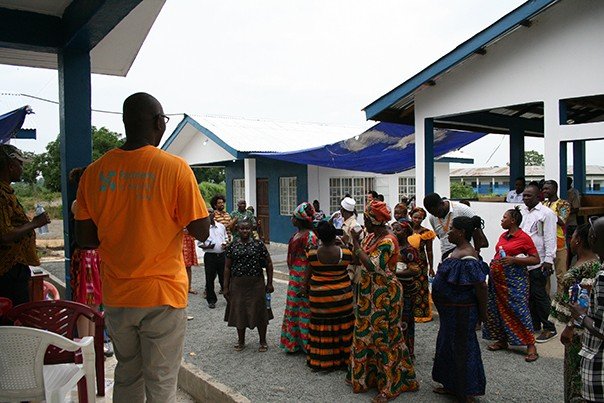 Thank you for standing with Partners In Health in Sierra Leone and Liberia as we rebuild the health systems that Ebola destroyed. We're happy to share progress from Sierra Leone: we recently opened three new, cost-free birth waiting homes, which will increase access to clinic-based births and decrease instances of maternal mortality. More information is below.

The three white houses sit on a hill at the quiet edge of the city of Koidu. Four beds in each bright, airy building will welcome a total of 12 expectant mothers at a time. Shaded porches will provide a place to rest. At the back is a small examination room where nurses can perform daily checkups. In a covered outdoor kitchen nearby, a cook will prepare breakfast, lunch, and dinner. While other waiting homes ask mothers to pay their own way or work off the cost of meals and accommodations by washing dishes, the PIH waiting home offers everything for free. Best of all, the home sits just a stone’s throw from Wellbody Clinic, where there hasn’t been a single maternal death in two years.

In Sierra Leone, half of all women give birth at home, and many die or lose children after suffering complications that could have been addressed at a well-equipped health clinic staffed by trained personnel. The national maternal mortality rate, 1,100 per 100,000, is one of the highest in the world. The hope is that women will come to the homes ahead of their due dates, when nothing is an emergency, and then give birth in the clinic. During the soft opening this spring and summer, the home will welcome patients from the three nearby areas with the highest maternal mortality, per the advice of local health officials. They’ll then reach out to more distant regions and welcome any mother likely to have a tricky birth. 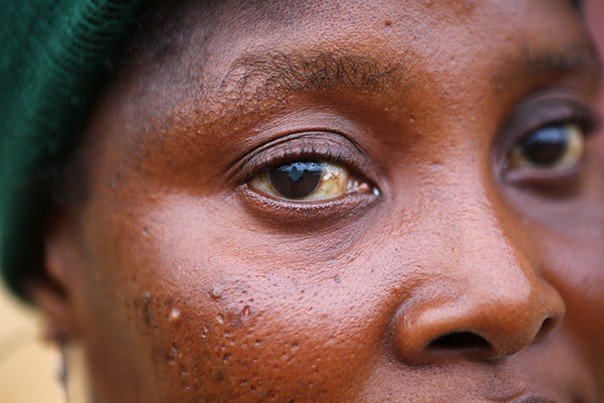 Above: Unlike many residents of Freetown, Sierra Leone, Kadiatu survived Ebola hemorrhagic fever. Then her vision began to fail.

Our efforts to tackle the Ebola virus in West Africa were among the most challenging in our history. When the number of new Ebola cases finally dropped in Sierra Leone, it was a welcome relief.

But soon we learned of a new problem facing Ebola survivors. An increasing number suffered from an eye disease called uveitis, an inflammation of the eye that, if left untreated, can lead to blindness.

Thousands of people had survived one of the worst epidemics in the world, only to face the loss of their vision.

We needed to find as many Ebola survivors as possible and screen them for uveitis. Roughly 100 of our community health workers, many of them Ebola survivors themselves, fanned out across the district in which we work to spread the word about uveitis and its risks.

Going house to house, they convinced neighbors and community members wary of doctors and hospitals to come to an eye clinic we had established with the Ministry of Health. In just one month, we screened 277 people and successfully treated 50 more for uveitis.

Based on our success, we worked with government and international partners to expand this work nationally. In June, we coordinated screenings and treatments for Ebola survivors across the country, in every district. Again, our community health workers proved vital in finding these survivors and getting them to treatment. Ultimately, we screened 3,058 Ebola survivors and treated 379 for uveitis.

We're proud to invite you to read more about our work post-Ebola outbreak in Sierra Leone and Liberia -- as well as in 8 other countries around the world -- in our 2016 Annual Report, available here: https://medium.com/partnersinhealth/2016annualreport-ec30bf1a337d

Thank you for your continued partnership! 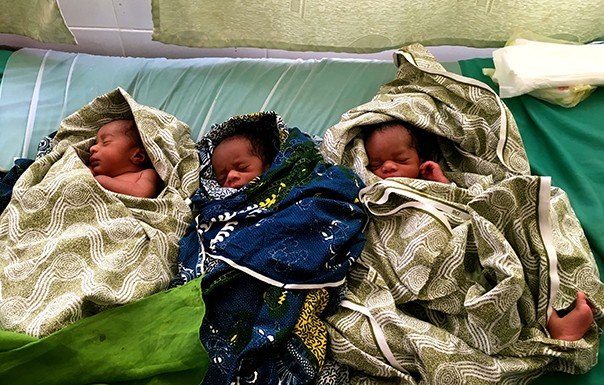 Above: The newborns rest at Partners In Health-supported J.J. Dossen Hospital in Liberia earlier this month.

Thank you for continuing to support Partners In Health and our work in Sierra Leone and Liberia to rebuild Ebola-ravaged health systems. You may have read exciting news about Ebola recently: scientists report having developed a highly effective and fast-acting vaccine against the disease, capable of halting and preventing outbreaks like the one that killed more than 11,000 people in West Africa in 2014.

Nonetheless, the legacy of the 2014 outbreak remains, and PIH's presence in Sierra Leone and Liberia is as critical as ever. Below is a recent report from J.J. Dossen Hospital in Liberia about the healthy birth of triplets, made possible with PIH's support.

"On a hot and humid Monday in early December, 28-year-old Elizabeth climbed the handful of stairs to her neighborhood health center in southern Liberia and nurses in the admitting area could tell, immediately, that this was no ordinary pregnancy. The petite woman’s belly was really big. Maybe she was carrying twins? Or maybe a disease such as hepatitis had enlarged her liver? Neither, it turned out. An ultrasound at J.J. Dossen, a PIH-supported hospital down the road, revealed that Sieh was 33 weeks pregnant with triplets.

Thanks to great strides made over the past year, the staff at J.J. Dossen helped Elizabeth deliver in much the same way as in the U.S., albeit with a little extra preparation and no battalion of experts on call.

While Elizabeth rested for four days, arrangements were made. An engineer hooked up the autoclave that sterilizes large batches of surgical instruments. The operations team bought gas for the newly installed generator, which was needed to run, among other things, the operating room’s air conditioner. (It wasn’t unheard of for a surgeon to suffer heat exhaustion in the 90-degree heat and leave the operating room in the middle of surgery to cool down.) The procurement team found appropriate sutures in the capital, and a charity group flew them to the hospital for free. Both of the adjoining operating rooms in the newly refurbished ward were prepped and 14 staff were enlisted—anesthesiologists, doctors, nurses, and three two-person teams, who would try to resuscitate the babies, if necessary.

On December 22, a smiling Sieh and her healthy little boys—named Ben, George, and Doboh, after clinicians in the delivery room—were discharged. PIH staff drove them home, stopping along the way at Sieh's neighborhood health center, where the midwifery staff got to see her, a belly lighter and three sons richer, and schedule follow-up visits."

Thank you as always for your generous support!

Thank you for your continued support of Partners In Health's efforts to rebuild the health systems in Sierra Leona and Liberia that were destroyed by Ebola.

We're pleased to share with you an article from the Thomson Reuters Foundation that highlights the necessity of strengthening West Africa's health systems. An excerpt is below, along with a link to the full article:

"Rushing from one pregnant woman to another in the antenatal ward of Sierra Leone's main maternity hospital, Josephine, a midwifery student, is all too aware of the danger facing the dozens of expecting mothers under her care.

These women are preparing to give birth in a country estimated to have the world's highest rate of maternal deaths. More than one in 100 women in the West African nation die during childbirth, according to the World Health Organization (WHO).

"My niece died during childbirth a few years ago," Josephine, 34, said during a break at the Princess Christian Maternity Hospital (PCMH) in the capital of Freetown.

"I wasn't there to assist her, to save her," she said, sweat dripping down her faded lilac scrubs. "Pregnant women must come to hospital regularly so that they can get the help they need."

Despite a chronic lack of doctors, nurses and midwives and a tradition of giving birth at home, maternal deaths were on the decline in Sierra Leone until 2013 - having halved since 1990.

Then Ebola struck. The world's worst outbreak of the virus ravaged the country's fragile health system, killed a tenth of its doctors and scared people away from health centres.

The government and the United Nations say they have learnt lessons from the Ebola epidemic, which sparked a fresh drive to improve the health system - on which less than 10 percent of the state budget is spent - and reduce maternal deaths.

"Ebola was a necessary evil,"a midwife adviser for the U.N. Population Fund (UNFPA) told the Thomson Reuters Foundation. "It was an eye-opener which showed the issues facing our health system. Now we must tackle them."

Partners In Health is committed to alleviating the health crises that continue to plague West Africa in the wake of the Ebola epidemic. We thank you for your generous support - we could not do this work without you.

Support another project run by Partners In Health (PIH) that needs your help, such as: 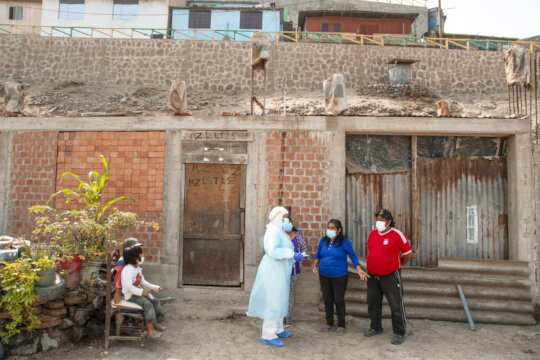 GlobalGiving
Guarantee
Donate https://www.globalgiving.org/dy/cart/view/gg.html?cmd=addItem&projid=18354&rf=microdata&frequency=ONCE&amount=25
Please Note
WARNING: Javascript is currently disabled or is not available in your browser. GlobalGiving makes extensive use of Javascript and will not function properly with Javascript disabled. Please enable Javascript and refresh this page.