Help us send Pongky back to the wild 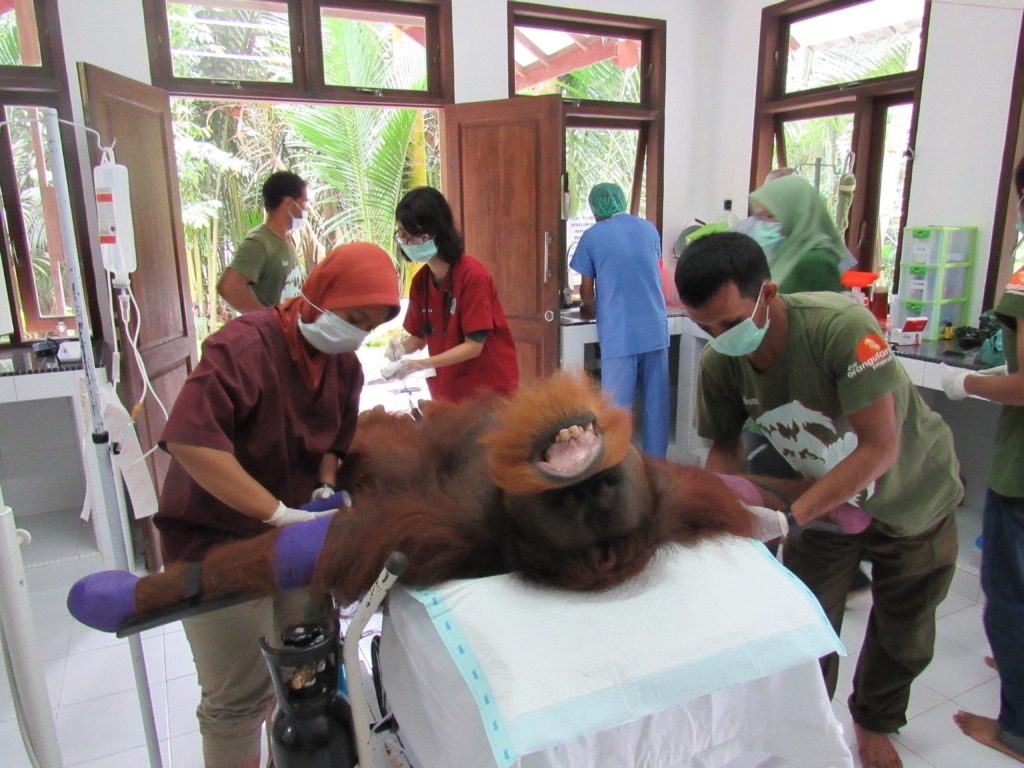 The vets prepare Pongky for surgery

Back in February, we shared the fantastic news that Pongky, a Sumatran orangutan who had been kept behind bars for over a decade, was finally on his way to freedom. We wanted to share the latest update about Pongky with our wonderful supporters who have helped him have a second chance at freedom:

Pongky’s first steps on the road to freedom

The orangutan care centre is located in the small village of Batu Mbelin, near Medan in North Sumatra, and is currently caring for just under 50 orangutans, all confiscated former illegal pets. All orangutans arriving at the centre must complete a mandatory initial quarantine period and pass full medical health checks before entering the rehabilitation programme, which prepares them for eventual return to the wild.

Pongky has now had time to adjust to his new surroundings, and has undergone a complete health check. He is free of Tuberculosis and Hepatitis – diseases which captive primates sometimes contract from their human captors and ‘owners’, and which would have prevented Pongky from being released back to the wild due to the risk of infecting other wild orangutans.  Unfortunately, Pongky had sustained severe damage to one of his eyes during his years in captivity. Having consulted with expert ophthalmologists, it was decided that his right eye could not be saved, and given that it was likely causing him chronic pain and discomfort, a few days ago the specialist vets from OIC, SOCP and OVAID joined forces to perform an operation to remove it.

The surgery was a complete success, and Pongky is healing rapidly. Currently, Pongky is on antibiotics and painkillers, in order to prevent infection and keep him comfortable. In order to keep the surgical site as clean as possible, Pongky rotates cages each day, and each unit is fully bleached and scrubbed daily. He is given extra enrichment each day in order to keep him busy, and the care staff report that he is especially enjoying making nests out of blankets while he heals!

Pongky will be given a month to fully heal from the surgery, and an additional month in order to ensure that his vision is normal. During May, the SOCP team will also begin to prepare him for reintroduction, which will include changing his diet, such as by making it more vegetable and less fruit based, and more feedings throughout the day.

Pongky will then be taken to Jantho, a reintroduction site for ex-captive orangutans. There, he will begin the gradual process of being reintroduced to the forest – this process is unique for each orangutan, so it is uncertain at this stage how many days, weeks or months this might take. Pongky will be followed as he gets accustomed to his new surroundings, until he makes his way deep into the forest to find his own territory and live wild and free.

Since 2001 over 260 orangutans have been released at the edge of the Bukit Tigapuluh National Park in Jambi province and in the Jantho Wildlife Reserve in Aceh Province. Not only will Pongky finally be granted his freedom, but he will also have the opportunity to contribute to a new, self-sustaining and genetically viable wild population of this Critically Endangered species.

Please help us send Pongky back to the wild

All donations made to this project will go towards our Pongky Appeal until we hit our target. We need to raise £3,500 (approx $5,000 USD) and at the time of writing, we are 42% of the way there!

Please donate whatever you can towards the costs of Pongky's care, recovery and release - despite the loss of his eye, he still has a chance to return to the wild.

Thank you to all our supporters who are making this possible. 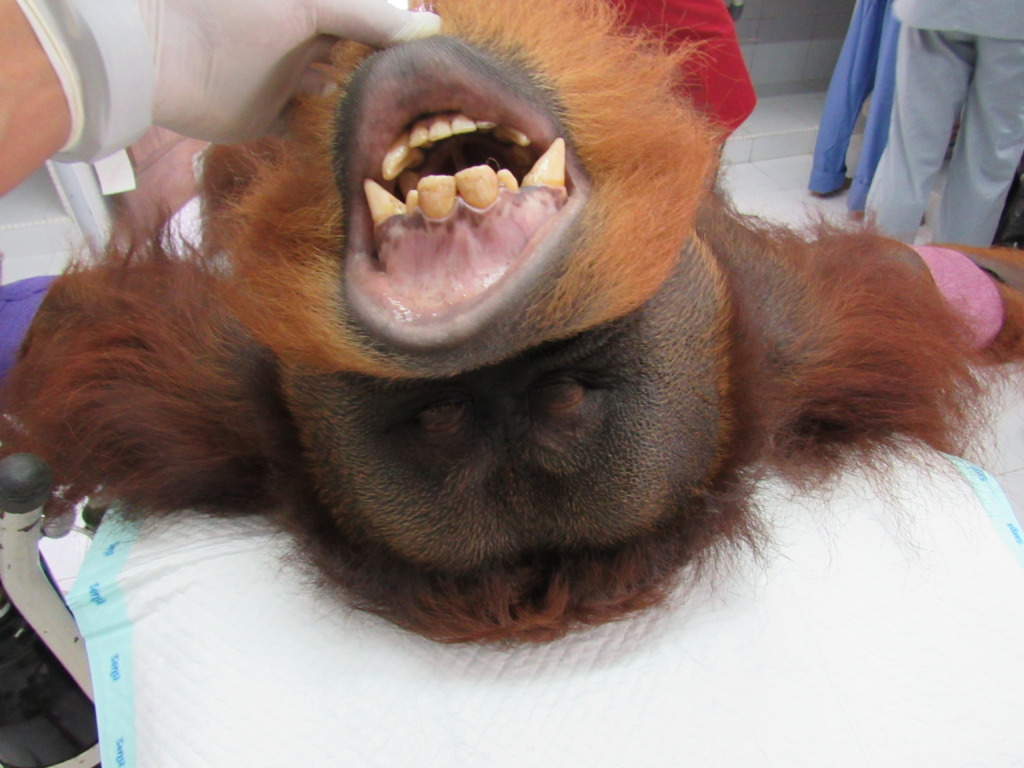 Pongky is sedated for the operation 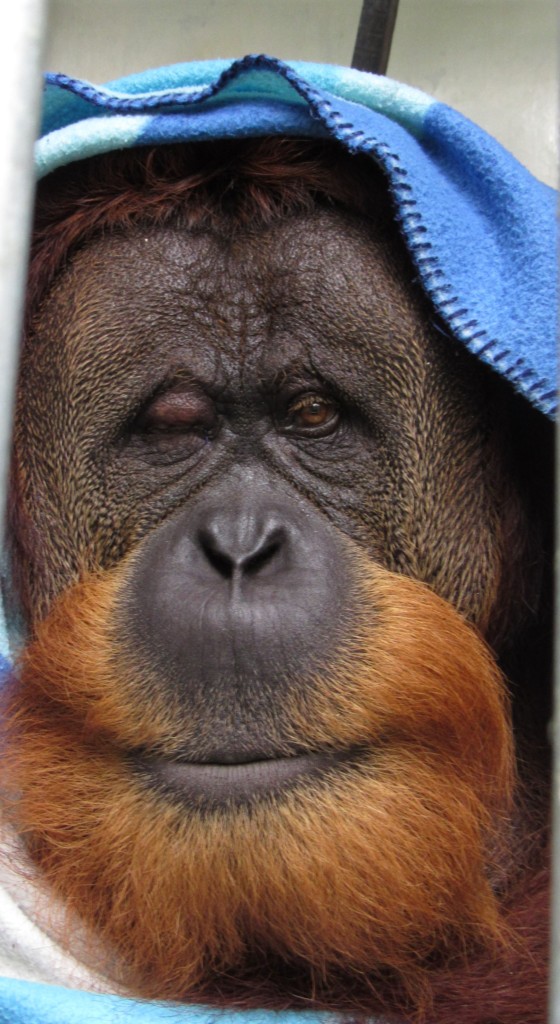