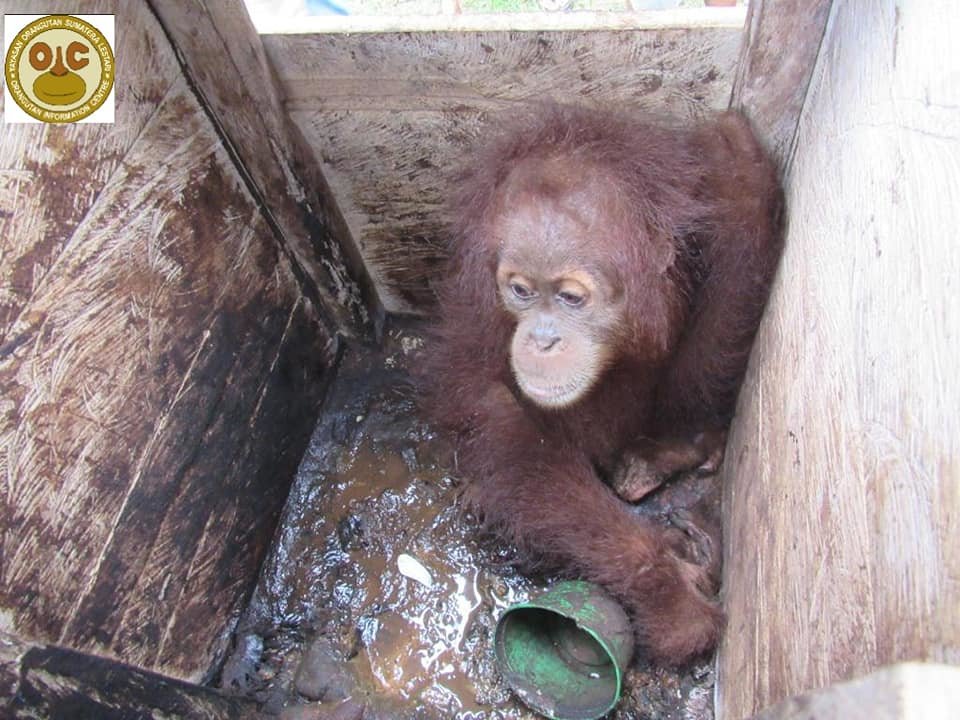 The Rescue team have had a busy time – since our last report, they have conducted 7 rescues., including one which involved the tragic death of a young baby.

1. Together with the Leuser National park authority and BKSDA North Sumatra, OIC evacuated a male orangutan from Kaperas village in North Sumatra on February 2. The locals claimed to have found him with a wound on his forehead. As he was injured, he was handed over to the SOCP quarantine centre.

2. Back in the same area on February 5th, the teams evacuated a male orangutan from the same sub-village. This orangutan, later named Kapras, was evacuated smoothly. The vet found he was about 30 years old with one air rifle bullet on his arm and a ripped mouth, but over all in good health. Kapras was released back to the Leuser forest on the same day.

3. In Aceh province, in partnership with BKSDA Aceh and the National Park team, the team rescued a young orangutan on February 10th. Later named BomBom, he had been kept as a pet for 2 years by a local community member. He was taken to the Sumatran Orangutan Conservation Programme to be rehabilitated and will one day be released back into the wild.

4. On February 12th February, OIC HOCRU team worked together with BKDSA Aceh and the Wildlife Conservation Society team to save the life of a male orangutan in Paya Bumbum village, Aceh province. This orangutan had been isolated inside a local resident’s oil palm plantation for a while, so he needed to be evacuated to somewhere safe with plentiful food. From his general health check, Harry was estimated to be about 25 years old, with 5 air rifle bullets on his face. Despite this, Harry was considered well enough that he could be released back to the wild the same day.

5. Probably the most tragic evacuation came on 10th March. The team received information from BKSDA Aceh that there was an injured orangutan in Bunga Tanjung village, in Aceh province. Our team checked on the area and found a female orangutan with her baby isolated inside an oil palm plantation belonging to a local resident. They tranquilised both orangutans and rescued them together with Wildlife Conservation Society and BKSDA Aceh. The mother had serious injuries on her right arm, left finger and right leg. These had probably been caused by sharp tools. She also had both eyes damaged by air rifle bullets. The baby was found in a very weak condition. The team rushed the mother and baby to the quarantine centre, but unfortunately, on the way, the roughly one month old baby died. According to our vet, the baby couldn’t make it due to sustaining serious trauma and being extremely malnourished. The female orangutan we named Hope, after thousand hopes for her future. She is one of most tragic orangutans that we ever come across. Since this rescue, she has arrived safely at the quarantine centre, has been operated on and is being cared for by the team there. Due to her sight problems, it is unlikely she will be able to be released into the wild and we hope she will find a permanent home at SOCP’s haven.

6. During a regular isolated orangutan monitoring, The HOCRU team found an isolated orangutan in a patch of forest inside a palm oil plantation in Sei Serdang village, North Sumatra province on April 14th Seeing the small patch of forest he lived in, the team decided to rescue this male orangutan and translocate him to a safer place. The joint team consisted of OIC HOCRU team, BKSDA North Sumatra and the National Park authority. The orangutan, later named Prime, weighed around 30kg, was around 15 and in good health. He was released later that day back into the Leuser forest.

7. Another young orangutan was rescued by the joint team of OIC HOCRU team and BKSDA Aceh on April 24th Local people claimed to have found him without his mother in Pucuk Lembang village in Aceh. This young male orangutan, later named Panut (means Leader, on behalf of our founder and chairman of orangutan information centre as well as our hope that he will be an amazing dominant male roaming in the wild one day) had been put into a small box and was surrounded by his own excrement. The team tried to clean this roughly 3 year old orangutan with water. He was taken to the SOCP rehabilitation centre, so he can begin his journey towards a life back in the wild one day.

Thank you so much for all your support. Without it, we could not run this rescue programme. The fact that people know this team exists means they have someone to phone if an orangutan encroaches on their land. In this way, we hope to prevent more cases like Hope, where we see hideous injuries inflicted on these wonderful animals. Thank you for helping us to be part of the solution. 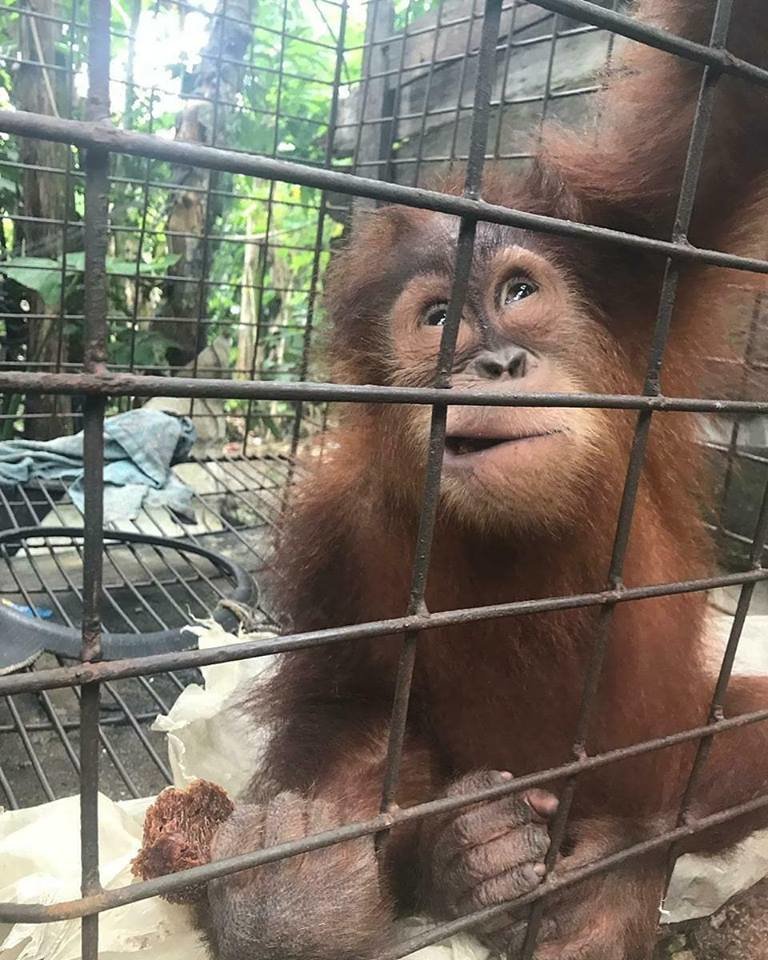 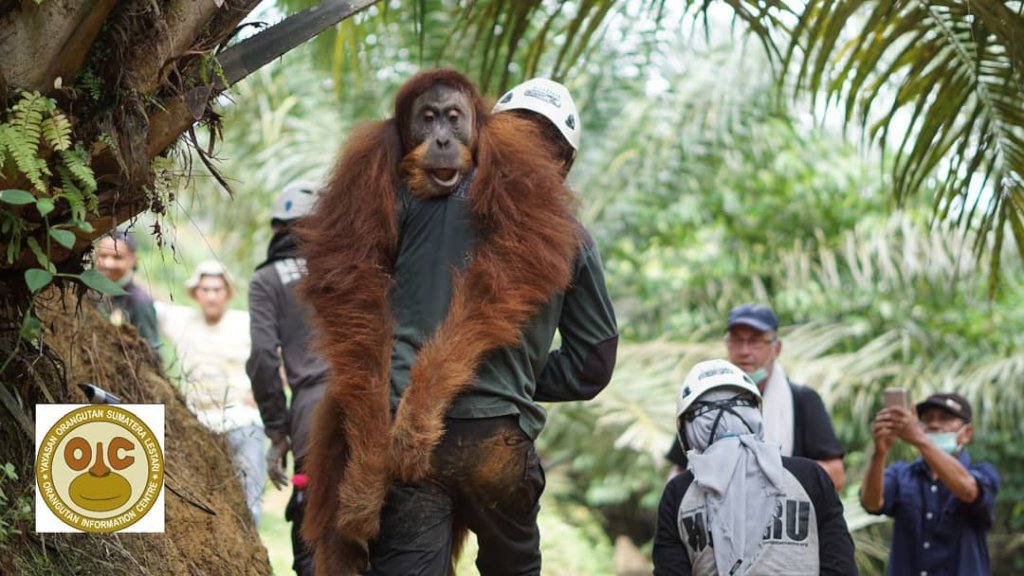 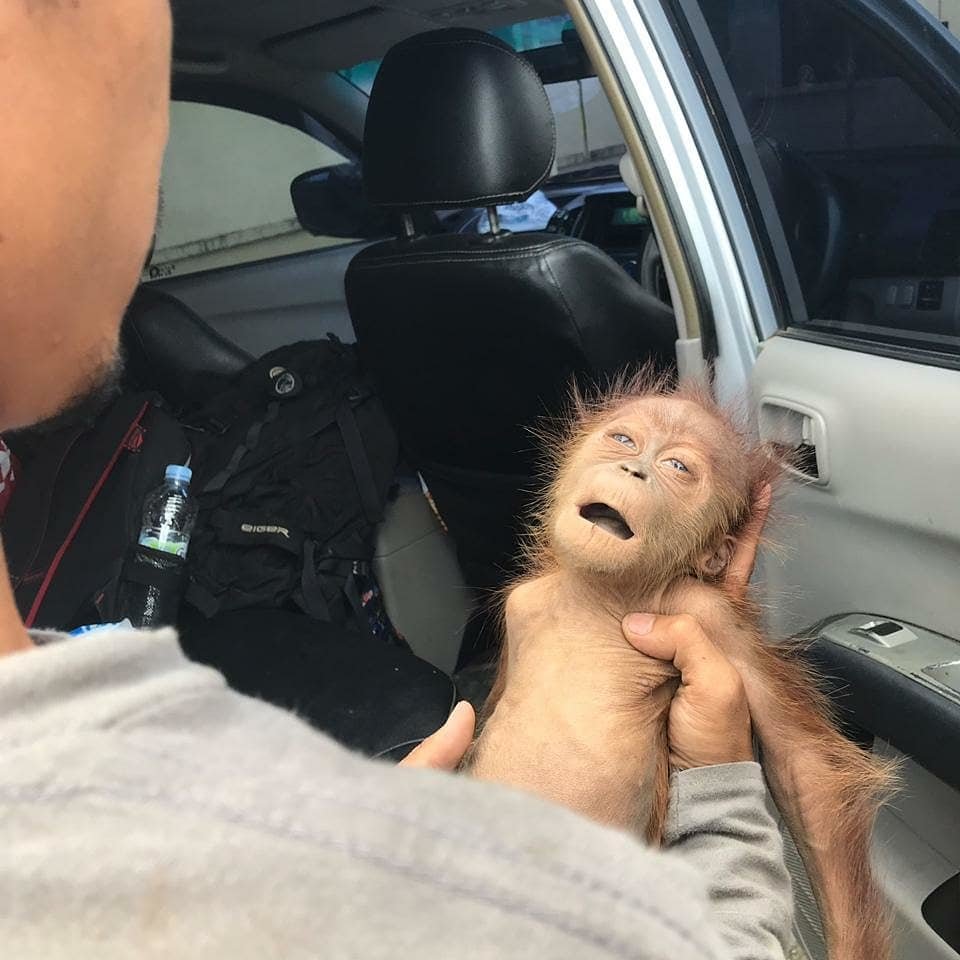 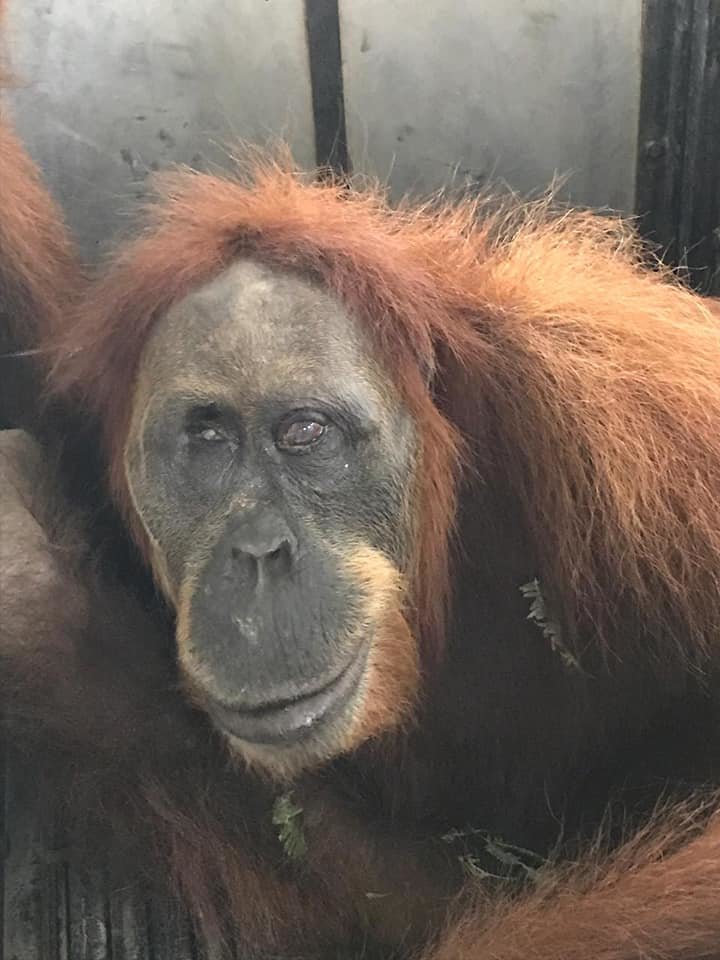 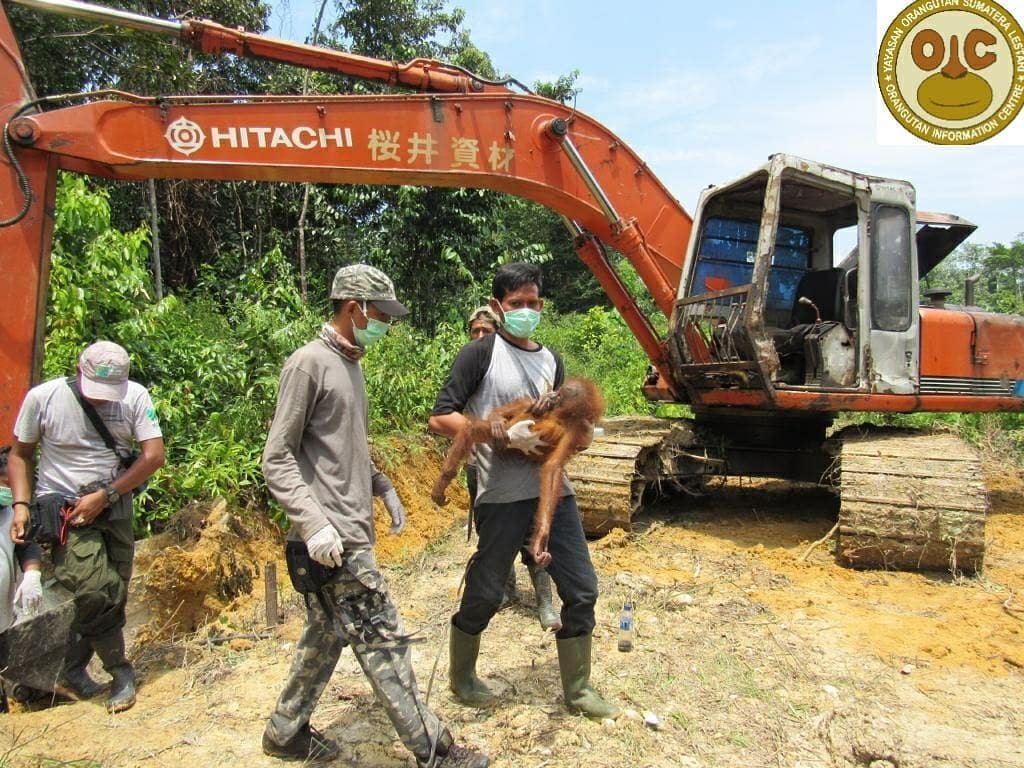 Project Leader:
Lucy Radford
Abingdon, Oxon United Kingdom
$54,309 raised of $100,000 goal
You last donated to this project on
1,141 donations
$45,691 to go
* Amounts in US Dollars
Donate Now
Donate once
Donate monthly
$25
USD
could buy a set of tranquiliser darts so that we can safely evacuate an orangutan
›
$75
USD
could buy veterinary supplies to help treat orangutans in the field
›
$95
USD
could buy a full uniform and kit for a member of the rescue team, who often spend several days at a time in the field in harsh conditions
›
$125
USD
could keep the team's vehicle on the road for a month, vital for reaching orangutans in danger
›
$385
USD
could buy an orangutan transport cage, helping us safely move animals to be released back to the wild
›