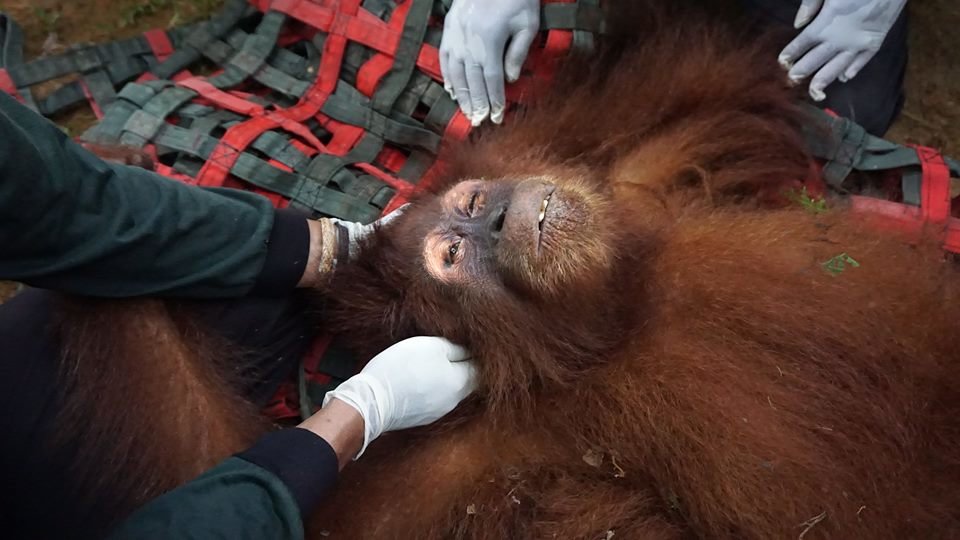 We work hard to ensure we can help any orangutan in need, and three recent stories highlight the diversity of situations in which we have to conduct these rescues.

In May, we received a report about a female orangutan, later named Nayla, who had been seen foraging in rubber and oil palm plantations. To avoid potentially fatal conflict, a join team of HOCRU and BKSDA sedated Nayla and moved her away from the area. A thorough health check showed she was in good condition, so the team was able to release her back into safe forest in the Leuser Ecosystem later that afternoon.

The very next day, HOCRU were called to a village in Langkat district to rescue another female orangutan. Named Bangkit, which translates as ‘awakening’, she was malnourished after struggling to find enough food to eat in the farmland she had ended up in after her forest was cut down. Knowing that she was at risk of starvation or even of retaliatory attacks from people whose crops she was foraging on, the team translocated her to a safe area of Leuser for her second chance at freedom.

In July, HOCRU received reports of a juvenile orangutan being kept by a retired military man in a village in East Aceh. Fatimah had been kept in a cage for six years and was too malnourished to be re-released straight away. She is currently at the quarantine centre at Batu Mbelin and will be released into the forest when she is strong and healthy enough to resume a life in the wild. 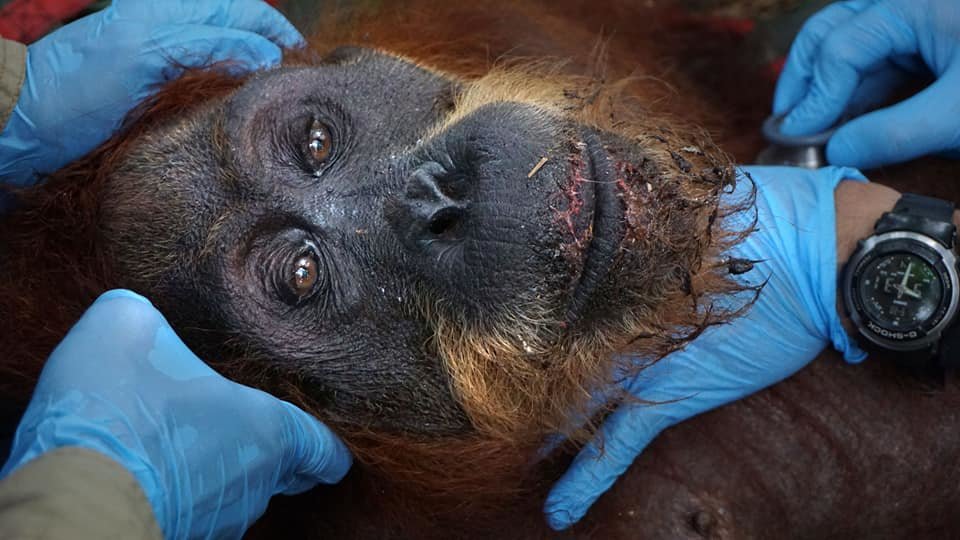 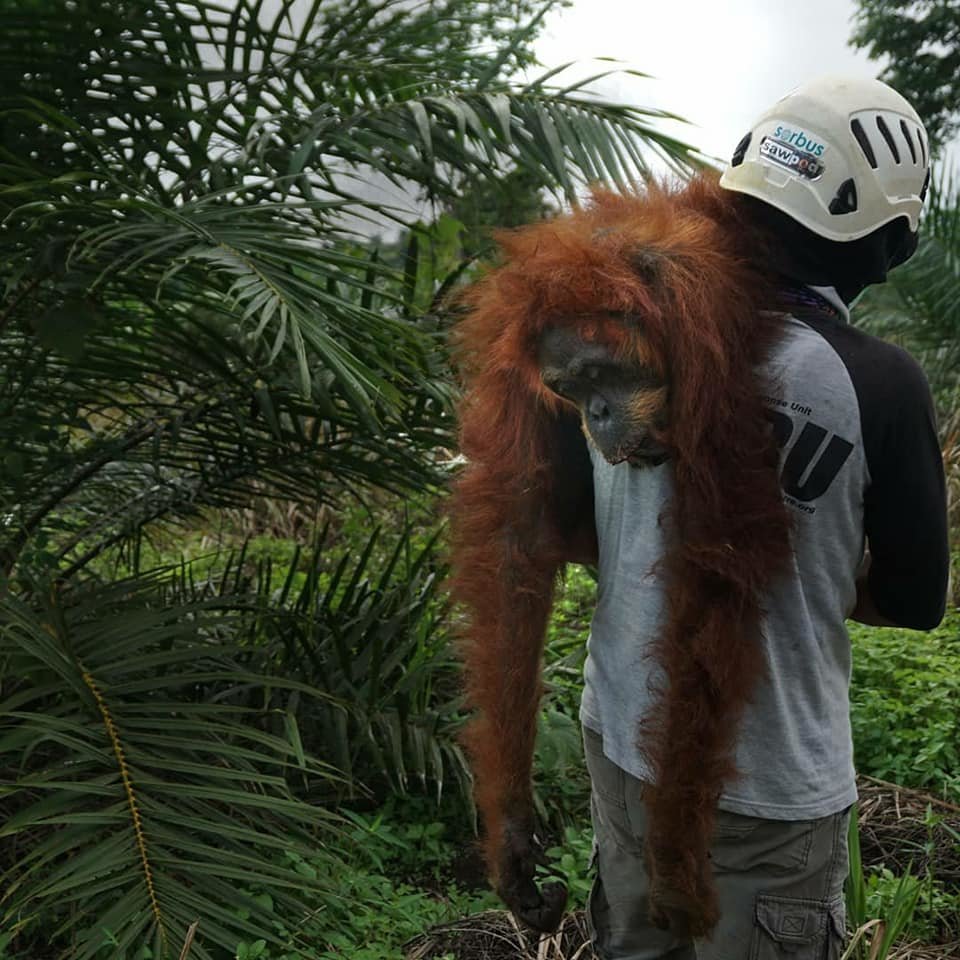 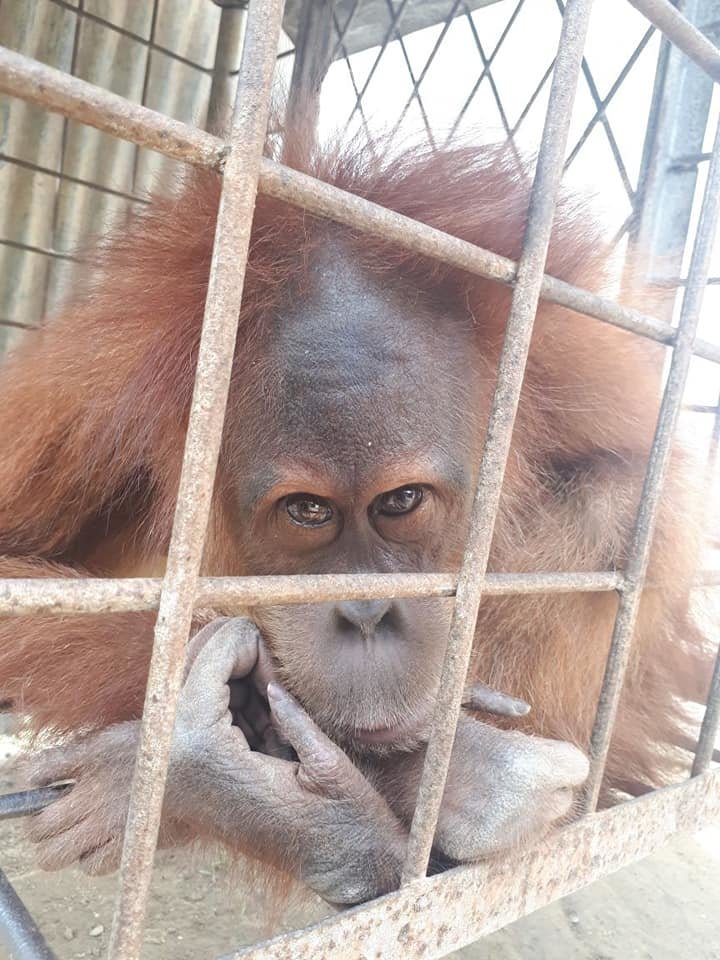 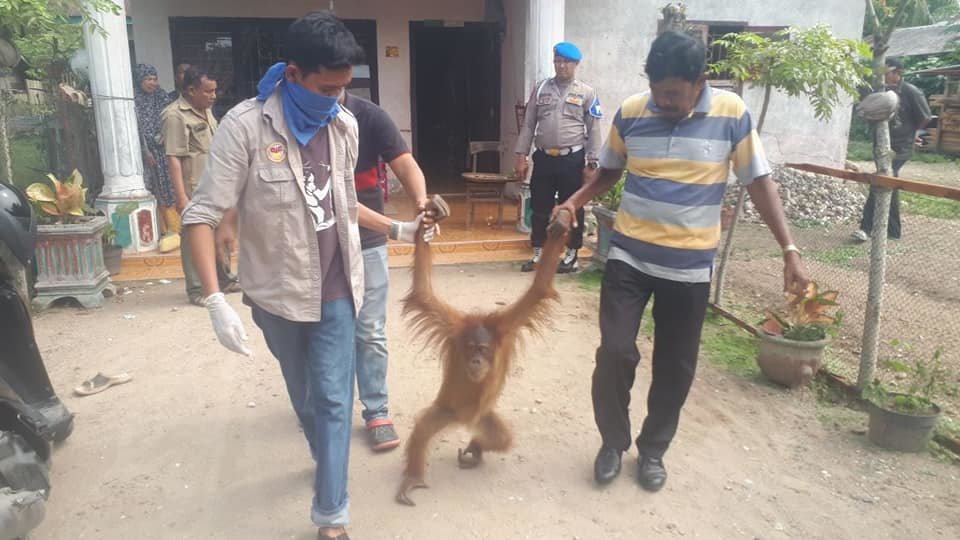 Fatimah on her way to the rescue vehicle

« Previous - "Recent orangutan rescues"
"A Rescue With A Differenc..." - Next »
Comments: