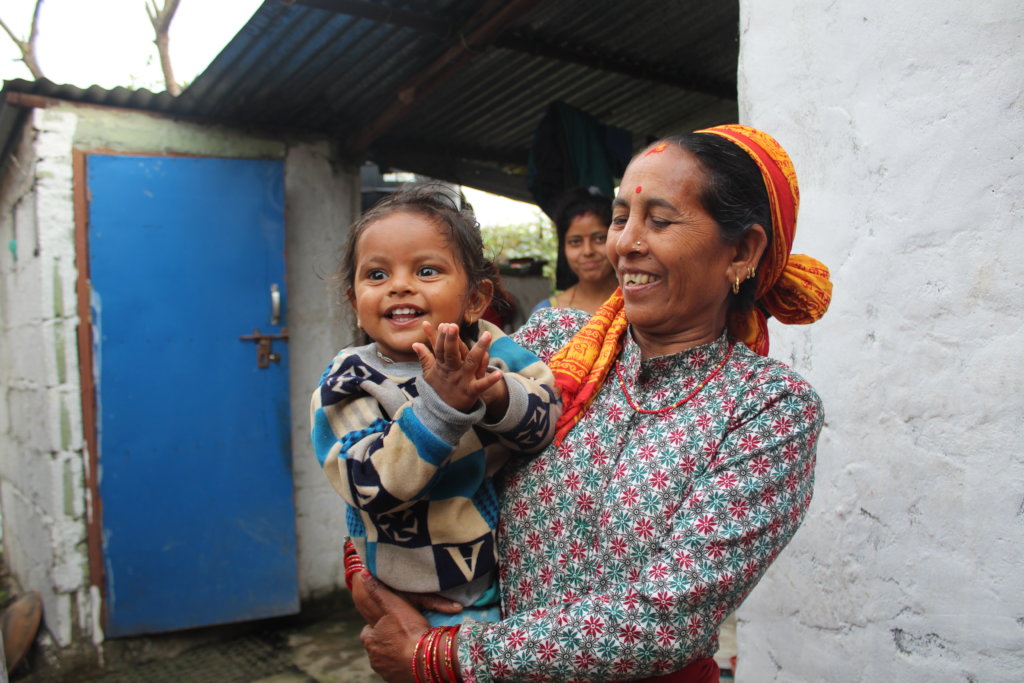 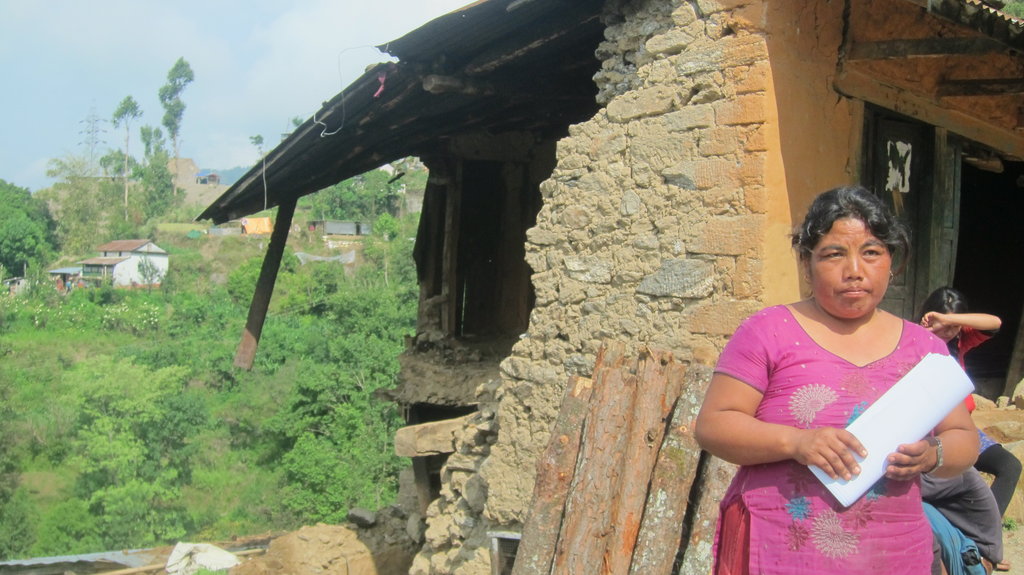 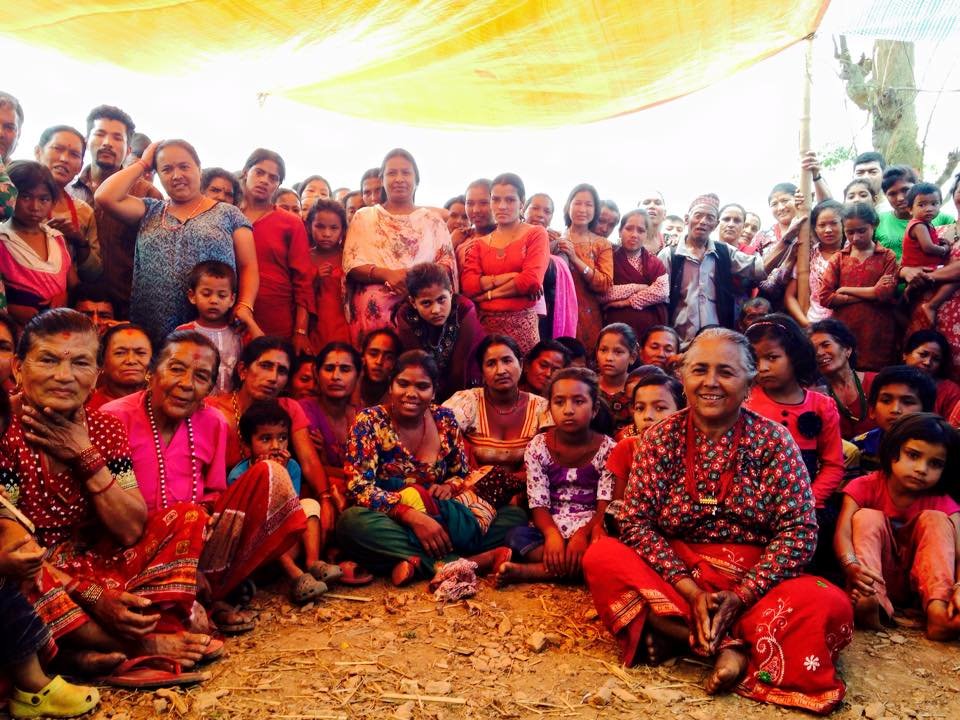 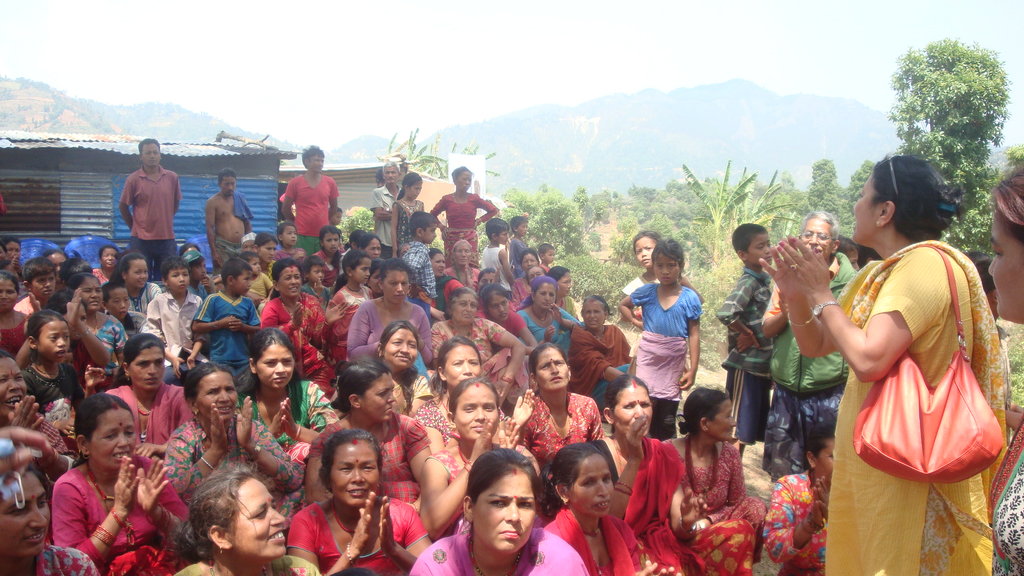 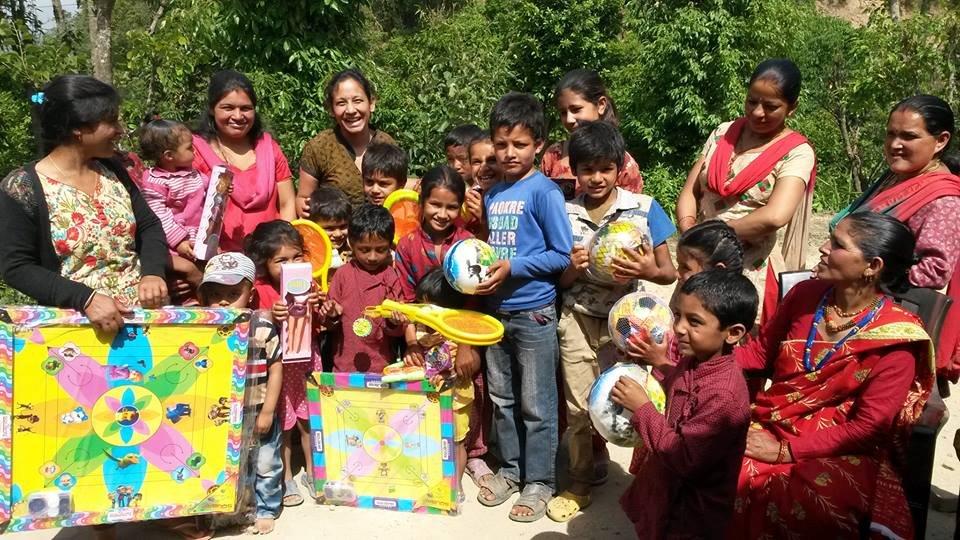 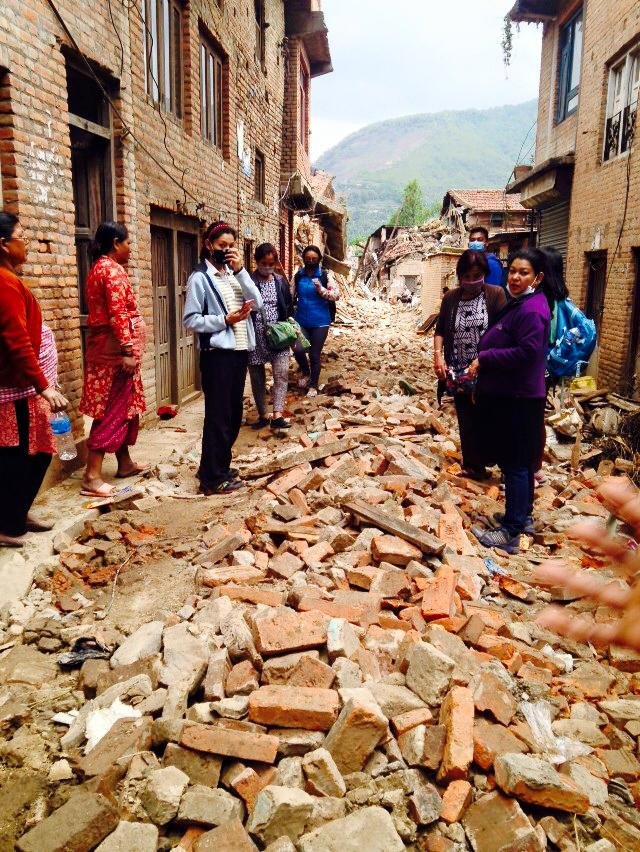 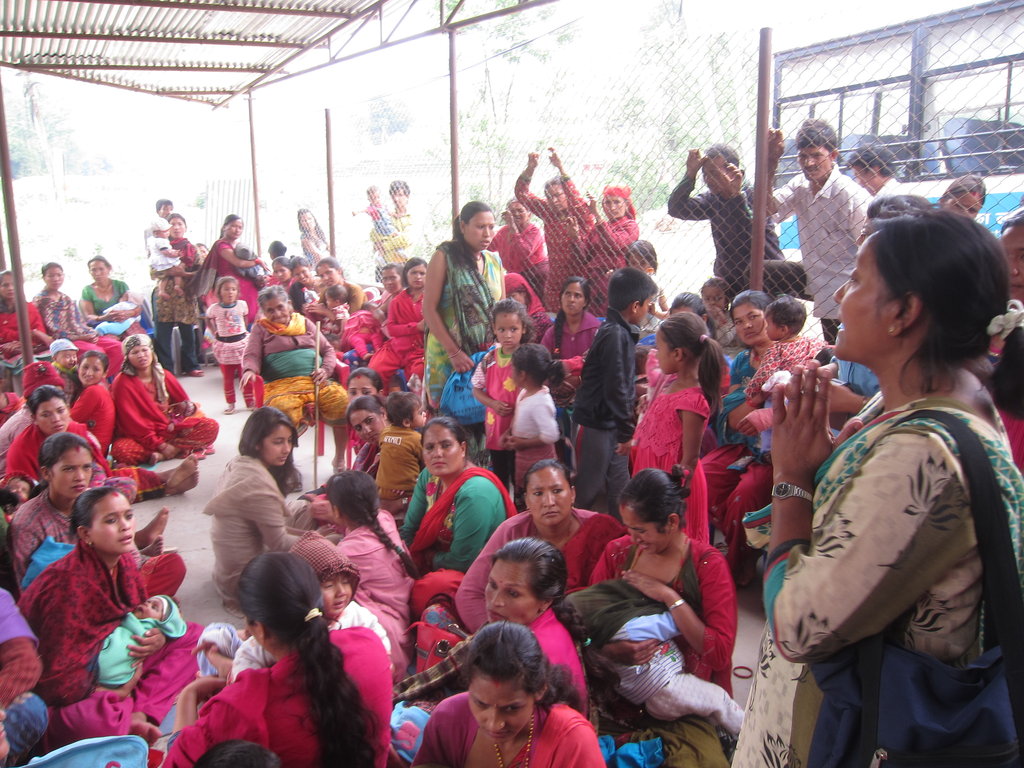 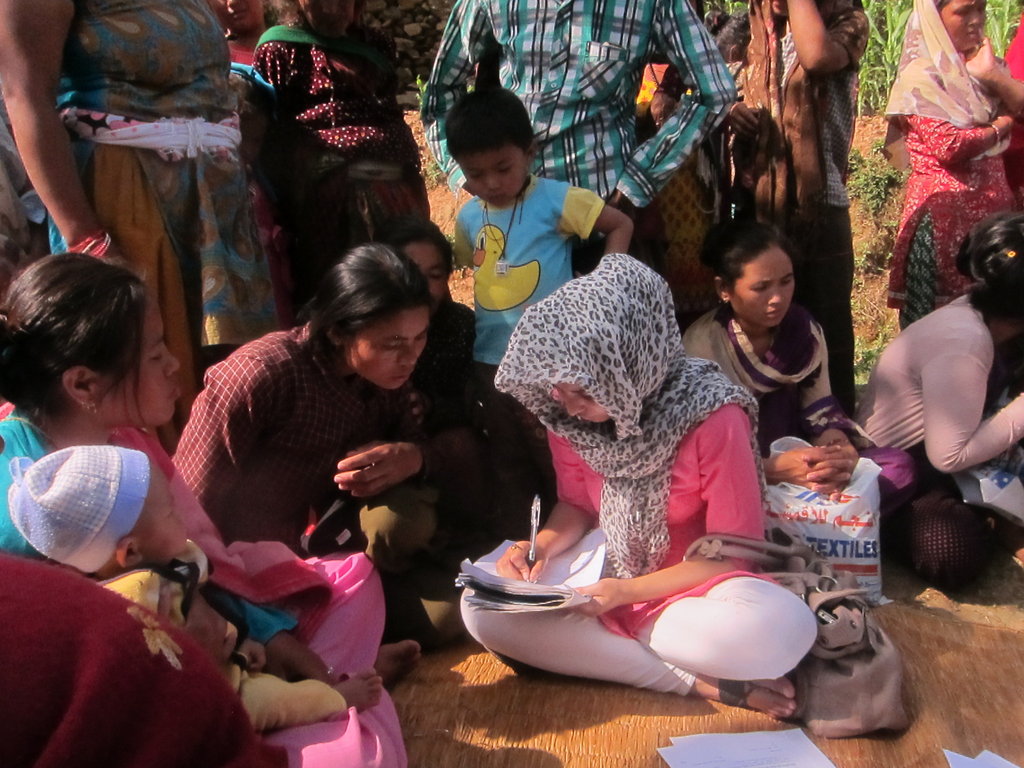 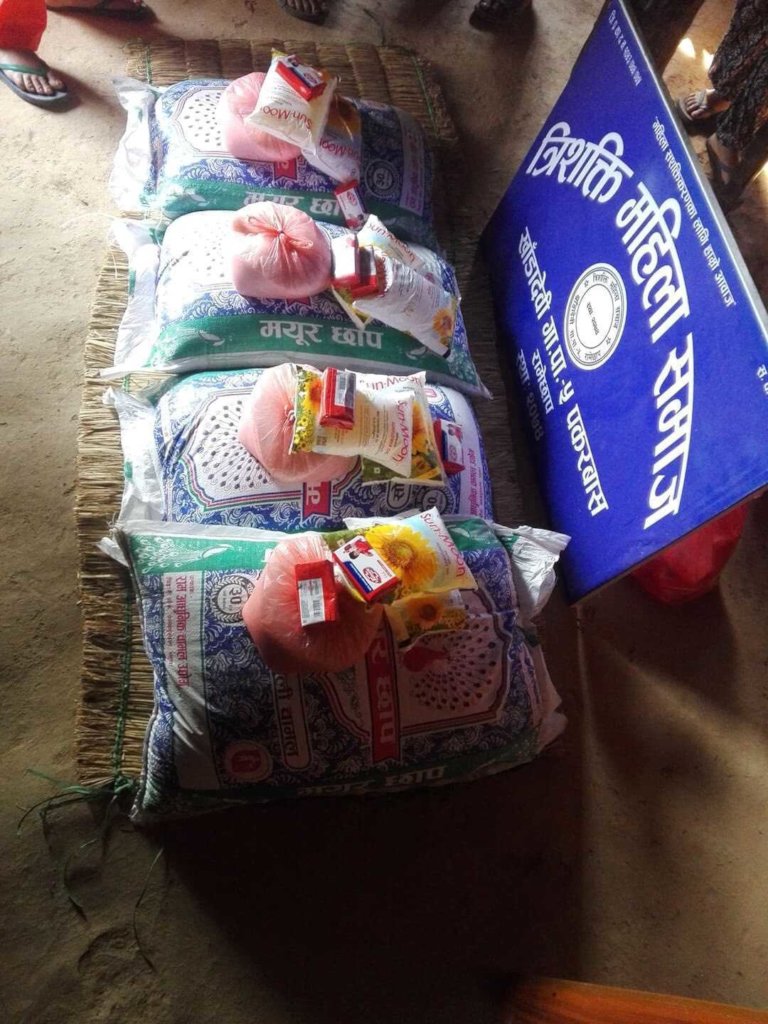 The starting months of the year 2020 proved to be a crisis not only to one country but the entire world. The horrid impact of Corona Virus spread across the world and the terror hit Nepal in March soon after it got out of control in India. The nature of the virus confused everyone and left people in Nepal including Tewa unable to continue normalcy of activities as planned within the organization.

We had started grantee mapping of selected grantees from all over Nepal. Through phone calls, we asked them their current situation because of Corona and what kind of support they might need from Tewa. Through the grantee mapping, we realized that Covid-19 has affected the daily lives of our grantee partners both their personal and professional lives. Among our three mentee organizations; two from Ramechhap and one from Makwanpur, the common need was immediate relief support for minority groups.

Right when the Covid-19 took its toll in Nepal and the nationwide lockdown started, it affected the lives of people. The daily wage earners were the hard-hit because of earning deprivation. Tewa had started immediate relief distribution and raising awareness about Covid-19 through flex and hoarding boards, radio jingles, and pamphlets through our grantee partners in distinct parts of Nepal. We supported three of our mentee organizations with immediate relief support such as rice, lentil, and oil, salt, and nonperishable vegetable. The targeted beneficiaries through these grant support are people from the marginalized communities and those affected by the flood. A total of 77 households was benefitted from this grant support. The beneficiaries were laborers whose earning depends on daily income and works on a brick kiln.

We couldn’t continue our Mentorship Program because of ongoing lockdown but we are trying our best to connect with our mentors and mentee organizations through virtual platforms. Every now and then, we organize a meeting and get an update on their personal status. Our Program officer helps them out on giving them suggestions to take care of themselves and their mental health. It is prime time that we take care of ourselves and stay positive during this ongoing chaos. The regular virtual meetings have supported our mentees and mentors to get connected with each other and relieve their stress. Tewa has been trying to support people in need at a time through any potential support it can provide. 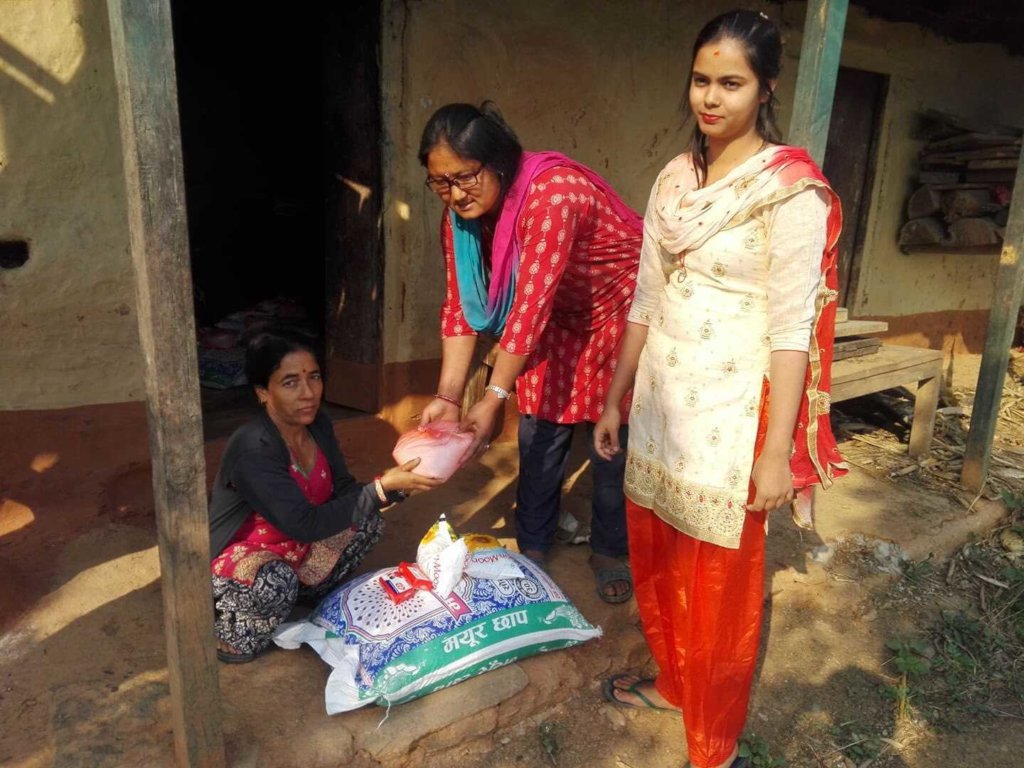 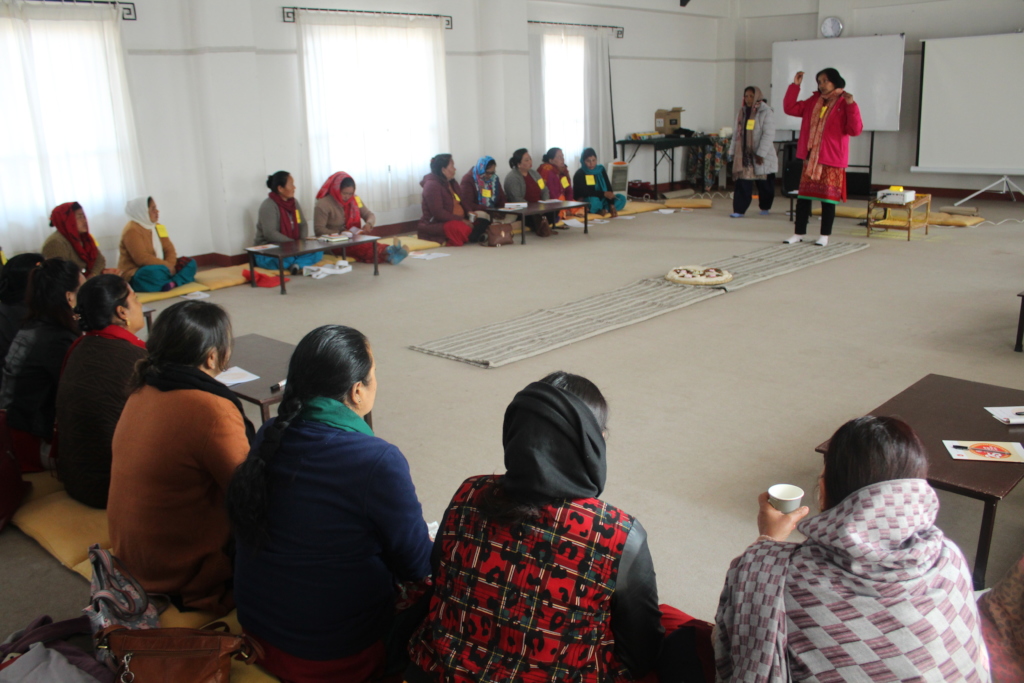 With an aim to empower women working through informal groups or within an organization, Tewa introduced Mentorship Program back in January 2019. The major objective of this program is to strengthen grantee partner's organizations while ensuring shared leadership and organizational development. Through monthly mentoring sessions led by the mentors, the mentees (members of the organization/group) are groomed to work as a formal establishment and enhance their leadership skills. The first Mentorship meet-up was organized by Tewa on January 2020, after a year of the program implementation. A fresh concept, introduced to the core programs of Tewa, Mentorship program still functions as a pilot project. The annual meet-up provides a platform to the mentors, mentee and especially Tewa team, to understand the implication of this organic program and craft the journey ahead. A total of 38 participants, including eight mentors, partook in the annual meet-up on January 28-30, 2020 at Tewa. Mentees from ten different districts came together to share their experiences so far and participated in intense sessions to learn about organizational development and leadership. This program helped our mentees to learn about organizational development and ensure sustainability of our organization. Through mentoring sessions between mentee and mentor, this program helped to grow us individually and develop our leadership skills. It’s a program that provides platform to learn about women's rights through monthly sessions. In an individual level, this program has allowed our partners to introduce their organization, its objectives and its members at community level. The members have learned and are encouraged to take their organization to new heights. The members have learned the importance of organization's sustainability and are willing to ensure it. An idea like monthly saving has facilitated the members to collect and contribute few sums for the organization. Increased coordination with local government and stakeholders has aided in organization's smooth operation. Members are more confident to put forward their opinion and work collectively as a group. They are also aware of their respective roles and responsibilities within the organization/group. The official documentation process is a matter of concern and the members are working to develop strong records in days to come. The sessions have encouraged the members to pull active members in their committee and lose inactive/discouraging members. At the end of the training, the mentors and mentees jointly prepared a way forward plan which was further described in terms of timeline, resources to be used, skills available and its impact on personal/organizational development. The current plan included focusing in maximization of local resources, support mentees to engage and work with local stakeholders, prepare necessary guidelines for the organization, support each member to actively participate in organizational activities, contribute in developing strategic plan of an organization etc. 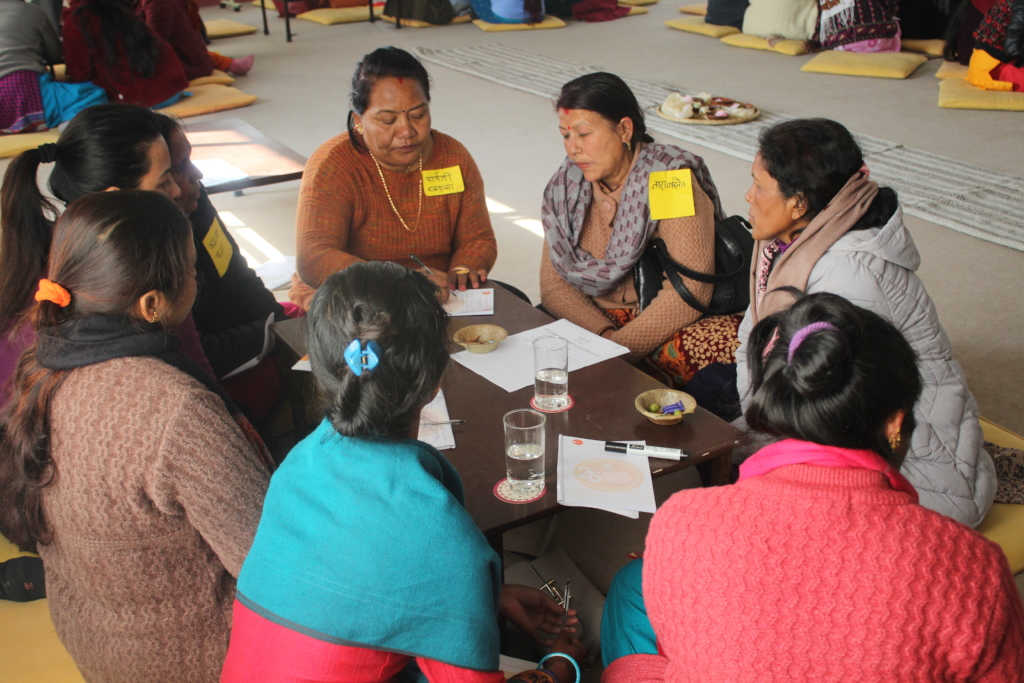 Mentee discussing about the program

The mentorship program launched by Tewa on February 2019 is a two-year program in which ten volunteers are deployed in sixteen grantee organizations where they conduct mentoring sessions to strengthen the organizations by ensuring shared leadership among the members. The mentoring sessions were held in a monthly basis, and the mentors adopted various approaches such as focused group discussion, phone inquiry and one-to-one Interview in order to learn about the mentee’s organizational goals and objectives. Though the program was only implemented for eight months, it has already made some noteworthy progresses.  In Gorkha district, three mentee organizations i.e. Shree Sahanshilata Mahila Samuha, Shree Barpak Nirman, and Shree Barpak Mahila Bahuudeshya Sahakari Sanstha Ltd. Were selected for this program. These organizations were formed after Relief and Rehabilitation Program during Earthquake 2015. After eight months of deployment of mentors, we could see following changes in these organizations.

In Shree Sahanshilata Mahila Samuha, members; who were uninterested to participate in office discussion and meetings, became more active and concerned after the mentoring session, division of work among members to share the work load has begun and members are more aware of the annual renewal process of the organization. The organization received one of the rooms of the women's building inside the ward office premises as its organization's office room and is planning to meet and coordinate with ward officials to receive the budget allocated for women and conduct program to minimize the cases of VAW in their community 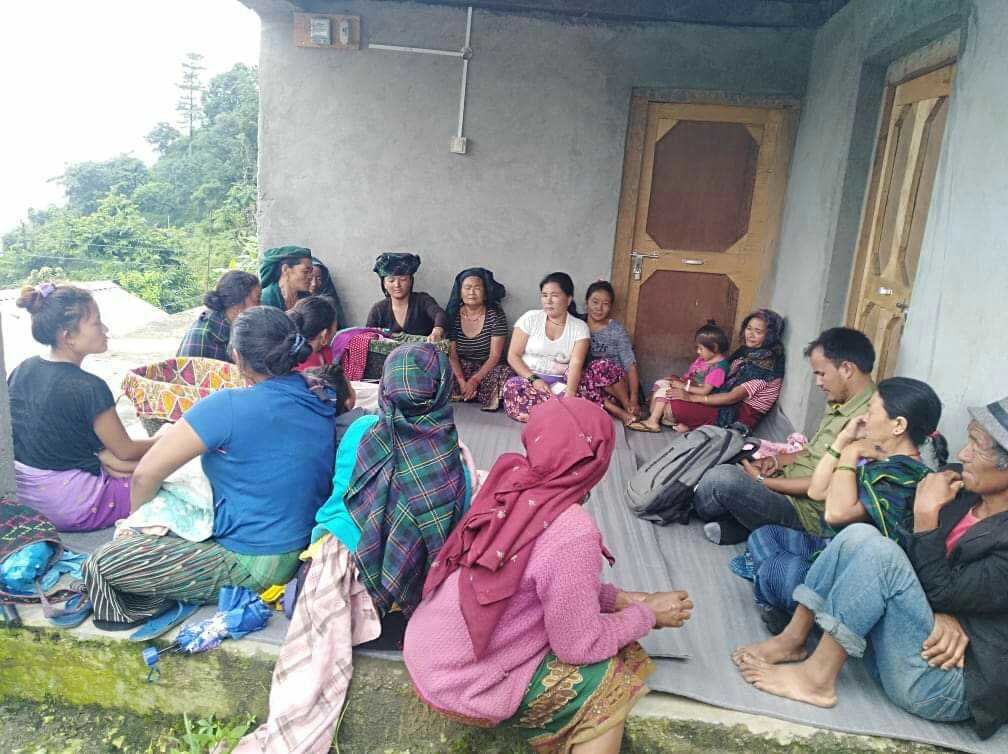 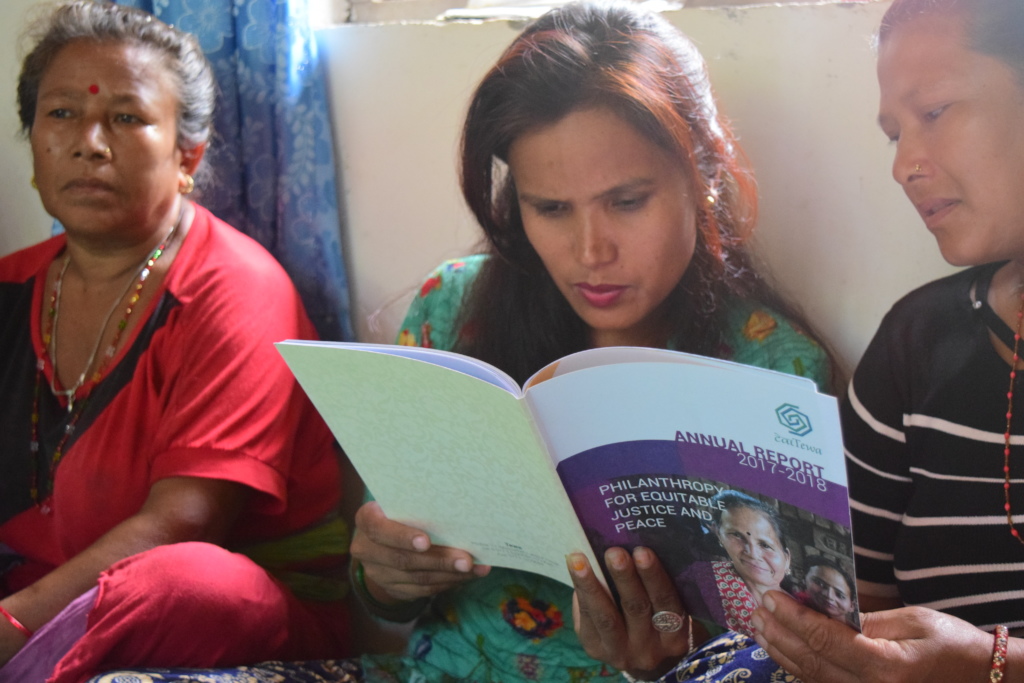 "I would like to see my organization grow in the aspect of physical infrastructure (building) and a capable team to run this organization." says one of the board members of Pourakhi mahila Samaj, Ramechhap. The answer to the question where would you like to see your organization in coming 5 years was realistic and attainable.

Meeting with the Board members of this organization and having a formal cum informal conversation, we got to know more in details about their perspective towards development and sustainability of their organization. It has been doing an incredible work to the women belonging to the community of people working as fishermen. It has organized programs focusing on women's economic empowerment and awareness on the rights of women, also Sexual and Reproductive Health Rights (SRHR). Recently they successfully organized a program at three different places about legal awareness and health rights of women. To make this happen, the local level government also provided them with financial support. This organization is doing well in the aspect of organizing programs as per the requirements of their community women. But somewhere in the process of doing something for the community, it lacks in the self-growth of the organization. The members were very much aware of this fact and a discussion on the meeting was more focused in the current issues. Founded 5 years ago, this organization has worked a lot to combat the issues of women from their own community. So through the Mentorship Program, Tewa is providing a backup support by deploying a mentor who will organize monthly meetings. By reflecting on their needs and problems, the members themselves come up with the solution. This program has been effective in team building, strengthening the policies, creating a vision of a sustainable organization and development of leadership skills.

Under this program, other two women's organizations of Ramechhap district (formed after Earthquake 2015) are selected as mentee organization to internally strengthen and develop leadership of the members. A reflection visit to these organizations on mid- August was prolific to our team. The commonality that we found among these organizations were that they have the willpower and are motivated to strengthen their organizations. A little push from our mentor to provide guidance and support so far has helped build their self-confidence and trust among themselves. 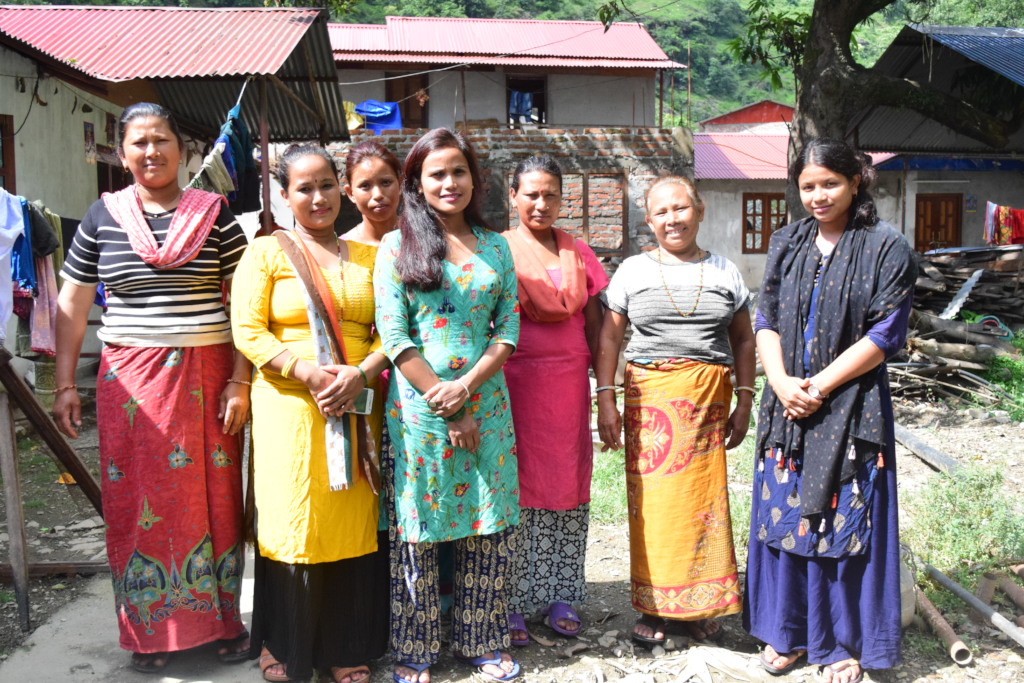 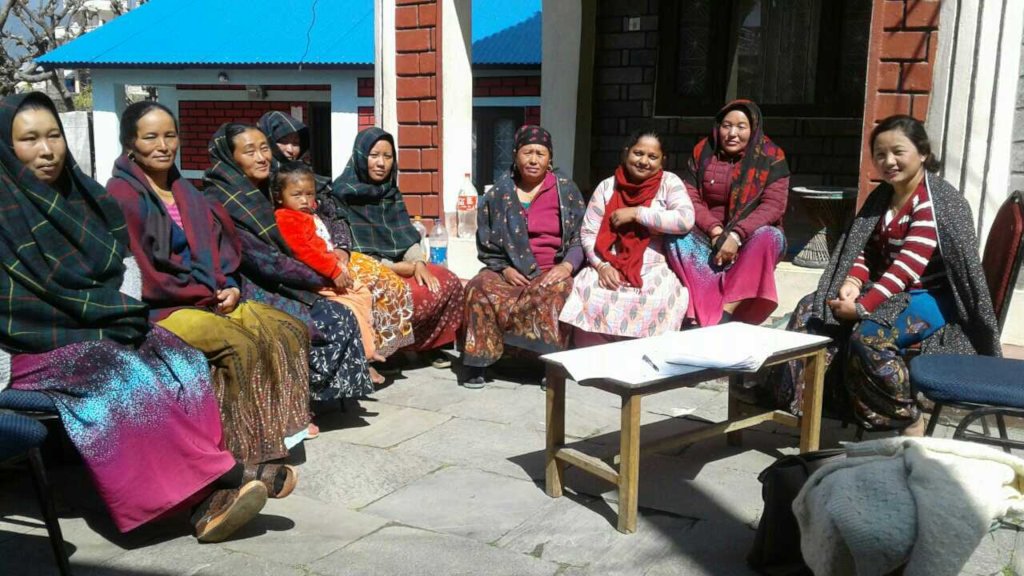 So far in Gorkha district, assigned mentor has visited three of the mentee organizations. Shree Barpak Mahila Bahuuddeshiya Sahakari Sanstha's focus area is saving and credit as it is a women's cooperative organization. It has been active for 4 years. Apart from cooperative's main work, this organization is also working towards agro based work and farming to enhance the economic status of women.

Shree Barpak Nirman Mahila Samuha is a community based organization working actively since past 10 years. Its focus is wholly on different rights of women. Along with which they also support community based work like construction of small roads and bridge etc.

Since the mentorship program was initiated in these districts, the organizations perspective on rights of women has changed. Previously these organization used to think that economic empowerment is the empowerment of women. From the usual meetings with mentor, they have strengthen their own powers accepting their flaws and advancing to do more together. Women have come together to identify existing problems in the organizations and finding solutions to it. Members of these organizations had the concept that only one person is responsible for the duties and work of the organization. But after the mentor mentee sessions, they came into the realization that everyone should be responsible for their task and support to build the collective force. That they should come jointly to build an organization through learning from each other.

The mentorship program has provided our grantee partner organization with a space to cope up with their problems and find solutions. This has helped strengthen the relationship among the members of an organization and come as one to build and support the movement. 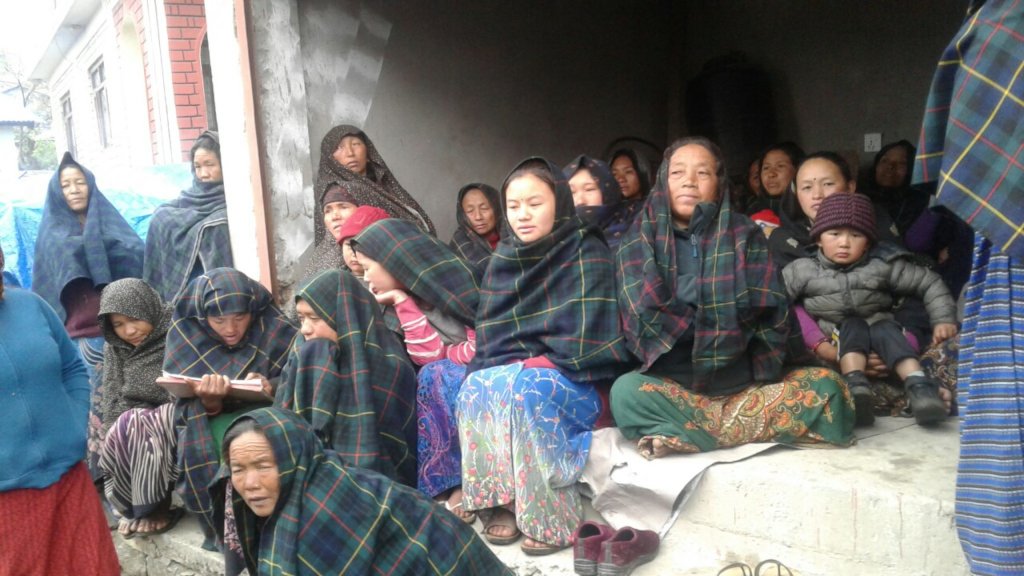 Meeting to discuss about the problems in org. 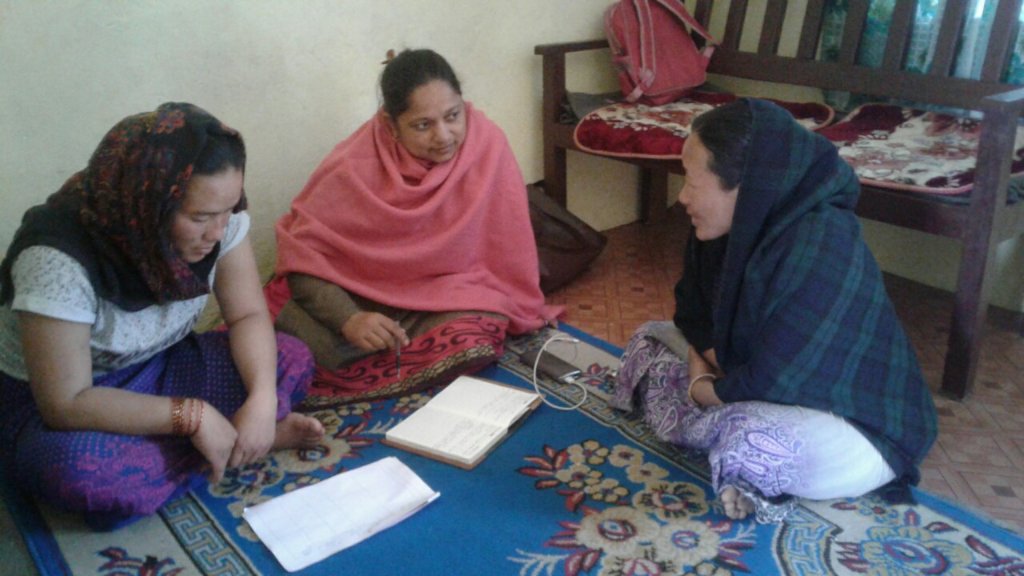 Mentor (In the middle) with the mentees of Gorkha.