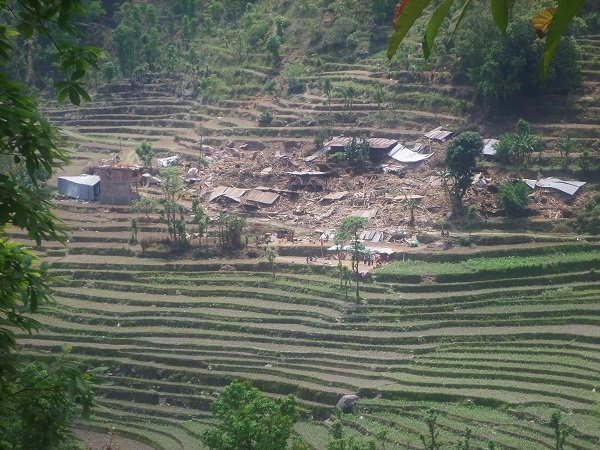 An EQ victim with new kiwi farm set-up by PHASE

Amid Covid-19 crisis, Nepal still has the significant remnants from the scars left by the 2015 earthquake. PHASE as an organization has been working rigorously in rebuilding the livelihoods, rebuilding the infrastructures and rebuilding resilience in the community as a whole. As the priority of the whole world is shifting towards covid response, it is pertinent that the wounds of the earthquake in people's life cannot be left unfilled and PHASE is commiteed to it. Supported by several international organization, charities and individual donors, we were able to support the most vulnerable people affected by the earthquake for the last 6 years.

Recently, PHASE was able to complete its support in rebuilding 104 houses for several marginalized families in earthquake affected Gorkha, with a major support from an international partner organization. PHASE is still continuing to build houses for 10 more families in the region.

Committed to providing long term support to the remote communities both with community development aproaches and disaster managment approaches, PHASE will still continue to support the earthquake affected communities for the next 2 years expecially in some of the remote villages in Sindhupalchok and Gorkha, the two of the most affected district in the 2015 earthqake. PHASE will focus on supporting the housing of the most vulnerable and building the public and community infrastructure.

While we are talking about Earthquake, we can't forget the another major disaster i.e. the  Flood and landslide specially in the Melamchi region and the surrounding regions of Sindhupalchok where a whole town has been swept away by the debri filled flooded river. With the support from GlobalGiving, PHASE Nepal supported 6 families with foood grains ,estimated to last for at least 2 months. Although there are more than 110 victims in PHASE's working areas, the selected families have lost everything including their houses in flood and needed substantial amount of food before their livelihoods become stable.

PHASE Nepal is committed to provide the most needed services to the neediest communities in remote project areas of Nepal.

We will continue supporting the needies families affected by Earthquake and will also work to support communities affected by major disaster in the future too.

Commemorating the earthquake month 6 years Back with our Story 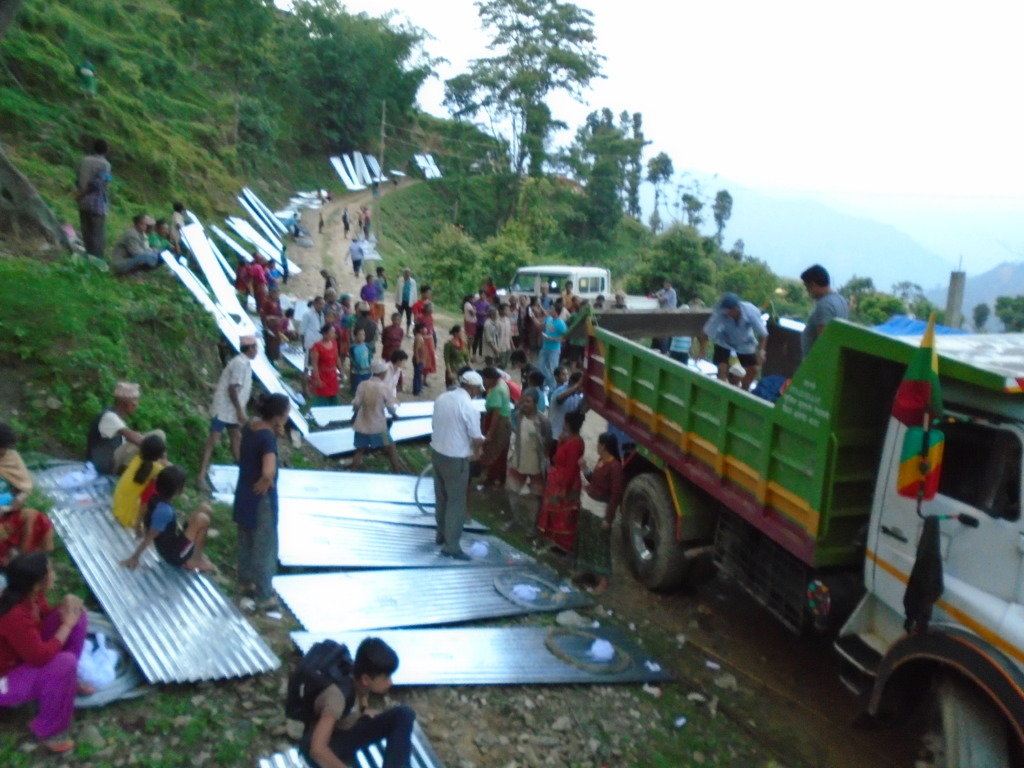 Six year ago, this month, we were hit by the massive earthquake causing a massive loss of lives and livelihoods. PHASE Nepal team would like to commomerate those hard times and express heartfelt appreciations to all the donors, partner agencies and supporters for supporting the neediest communities to rise back. In this short recall, we would like to highlight our major achievments that we are able to materialize with the help of  numerous supporters like you. The rebuilding of houses, schools, heath centres along peoples' livelihoods and hope took significant time, effort, resources and most of all resilience. PHASE was able to support more than 15000 families, first, with immediate relief materials such as food and sanitation package, basic shelter materials and winterization support in the first year and with recovery projects consisting agriculture and vocational training initiatives and economic empowerment in the following years.

Right from the second year of the earthquake PHASE was already able to support 2000 most vulnerable communities with livelihood recovery, initiate the rebuilding of 54 schools via temporary buildings ,5 schools other permanent buildlings that in the most earthquake affected remote villages of Sindhupalchok, Gorkha and Syanga. There we worked in providing reconstruction support in areas where no other NGOs or Government have reached. We also continued running 2 alternative schools at the snowy villages of Tsum area bordering to Tibet in northen-most Gorkha providing quality education in the neediest of times. Similarly in the Health Sector, PHASE contined to support basic primary health care and maternity services in 6 ultra remote areas of Gorkha and 4 similar areas of Sindhupalchok  year right from under the tents . By the end of 5 years PHASE's role was intrumental in ensuring permanent building and basic birthing facilities in these health posts, 5 of which were built directly by PHASE while the others were partly supported by staff and equipment.

Rebuilding Health, Education and Livelihood recovery, PHASE continued with rebuilding 86 different water reservoir tanks and 100s of public taps bringing drinking water service, sanitation and irrigation back in the villages of Sindhupalhok. In Gorkha the devastated walking trails on the mountainous terrains were rebuilt with eco friendly stoned step models reaching more than 70 kilometers, reviving cross village mobility ,thus economy and accessibility to other services. Similarly in Chitwan and Dhading we were able to build 800 houses for the most vulnerable people who were unable to builld a decent shelter even after 4 years of the earthquake. With a theme of leaving no one behind we have been further working with more than 7000 most vulnerable households especially single women, persons with disability, internally displaced and  the elderly with appropriate interventions on sustainable livelihoods, inclusion and economic recovery in Gorkha while also supporting 100 vulnerable people to finally build their houses.

Having hit by another disaster of the Global Covid-19 Pandemic was a big blow for us. Many of our staff got sick and one of our staff passed away because of the contagion despite using all the prevention methods to avoid infection. With one and a half decade providing most essential services such as health, education and livelihoods improvment, we chose to continue our work during the pandemic because in the absence of such services, the community of the remote would have become further victimized, if not by direct infection but definitely by the secondary impact of extended lockdown and complete closure of the essential services. Now that all of us staff have received 1st dose of Covid-19 vaccine, we feel a bit more safe.

This year too, we will still continue to provide high quality services to the most needy and vulnerable communities who are still hit by the long term impact of the earthquake. Most of the  people have forgotten earthquake but  not our team who has the first hand experience of working with earthquake hit poor, marginalized and isolated communities whose scars of the disasters are still deep and we are commited to  fill them a bit with empowering community projects.

Thank you again for your continued support. 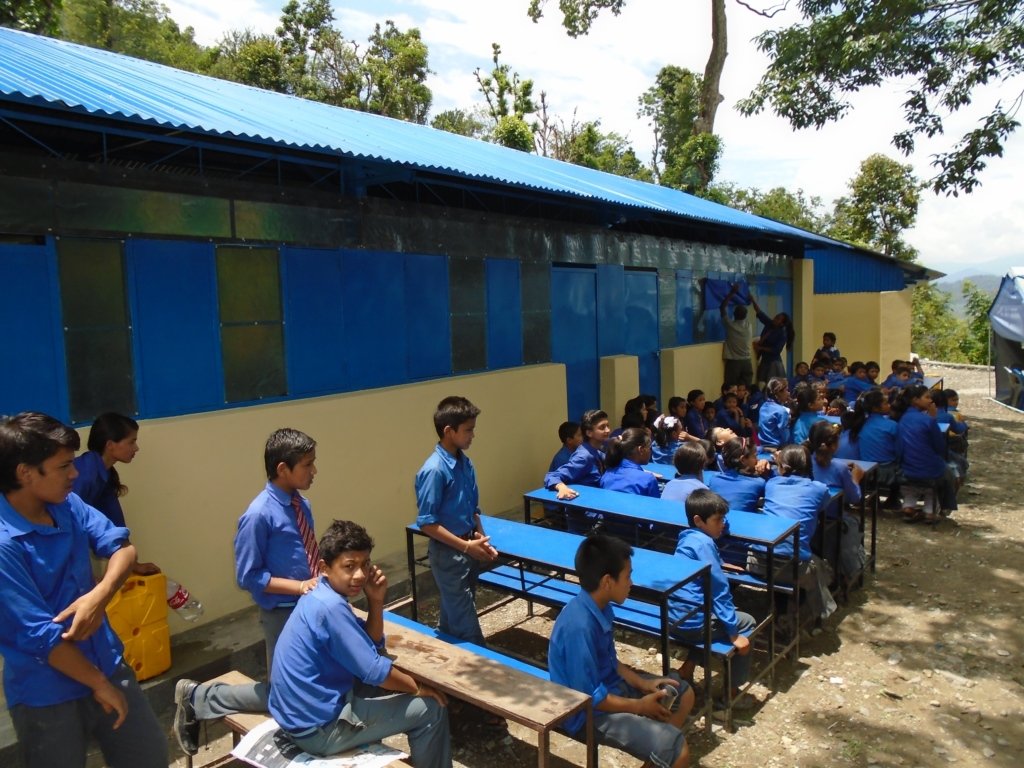 Revived schools with building and furnitures 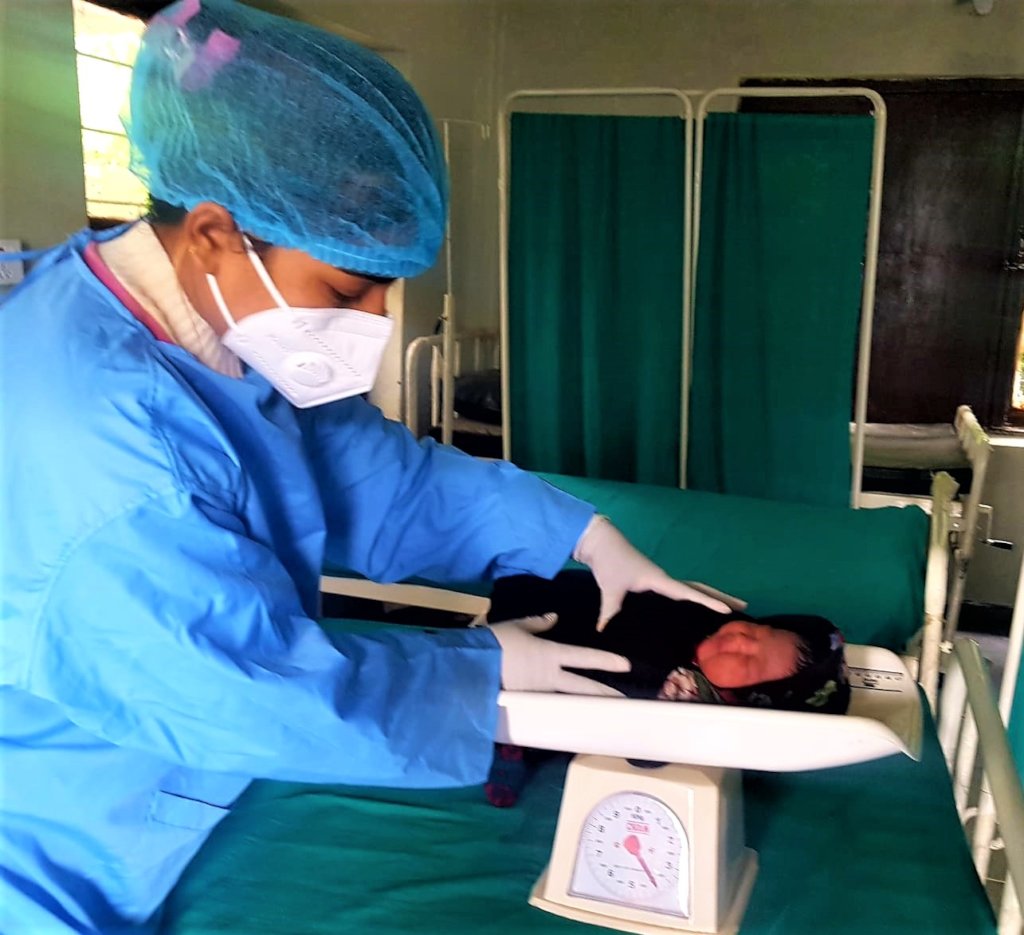 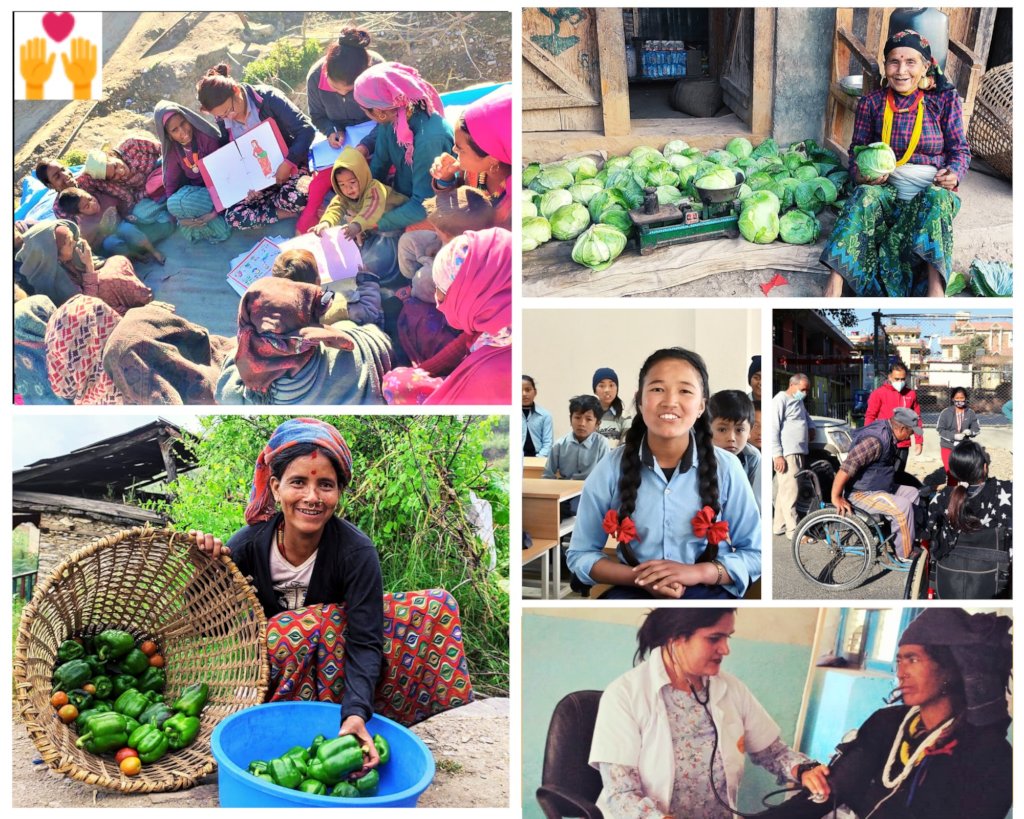 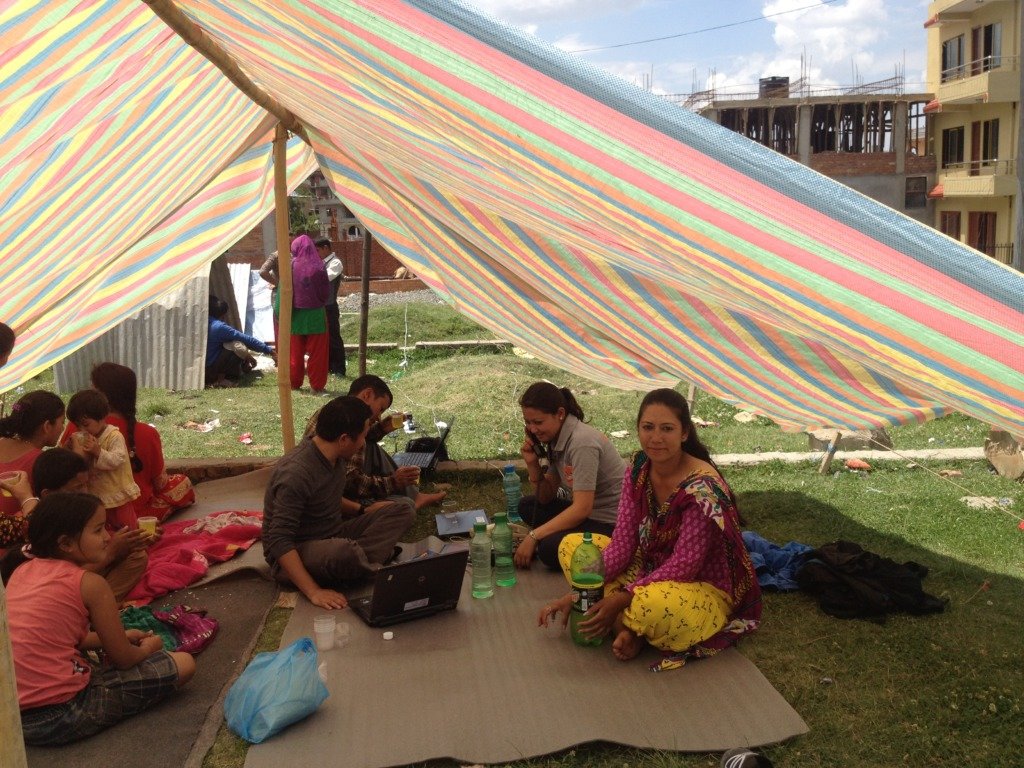 Public Infrastructures and private residents made

Since 2015, PHASE Nepal has been supporting the earthquake affected communities specially those of remote areas in Gorkha, Sindhupalchok, Chitwan and Dhading. Even in the 5th year of the earthquake some of the isolated communities were still deprived of their homes, schools and health posts. Prioritizing these communities, PHASE Nepal has done a series of activities in this year despite added challenges of the Covid-19 crisis.

Here is a list of activities PHASE Nepal has done in this fiscal year in short.

1. Supported more than 8000 most vulnerable families of 4 different rural municipalities of Gorkha comprised of more than 25 villages in economic empowerment programmes. The programmes were on farm and off farm activities such as vegetable farming, poutry rearing, spice crop farming, mushroom farming vocational trainings like carpentry, automobile driving, electrician and bee keeping.

2. Completed the construction of 2 high schools in Sindhupalchok in Jugal Rural Municipality.

3. Completed the construction of the 2 health facilities Jugal and Panchpokhari Rural Municipality.

5. Completed building support to 803 vulnerable families who were deprived of permanent shelter since earthquake in Chitwan and Dhading

While PHASE Nepal has also started working in COVID-19 response along with its regular community development work, its earthquake related works are still ongoing. The latest activity is the start of housing project to the most needy houseless families in North Gorkha.

PHASE Nepal wholeheartedly thank all the individual and instititional donors for their selfless support to finally rebuild the communities back from the effects of the devastating earthquake. 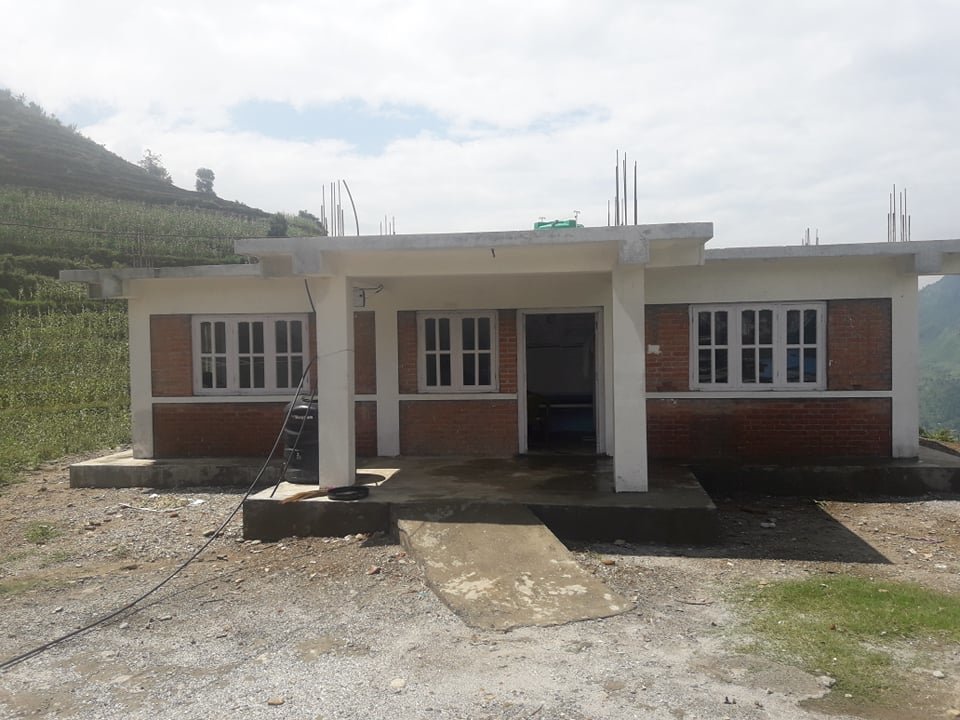 The facility at Baramchi is a birthing centre , a 7 roomed structure while the one at Baruwa is a community health unit a 2 roomed structure. With joint funding from this GlobalGiving project, GlobalGiving's separate grant and donations from a few other PHASE's partners the rebuilding has been materialized.

While the Baramchi health post will be handed to the government in the coming months. Baruwa clinic will be further supported with medicine and staff support with PHASE's core health project team.

While we are still working on the post-earthquake recover we have been hit by the global pandemic of COVID-19 with more than 16000 thousands of the infected and more than 35 deaths nationwide, PHASE's focus is to continue supporting the earthquake-affected communities with additional activities on COVID recovery too.

So far these two villages do not have any confirmed cased of COVID-19 but our staff are maintaining utmost precautions to prevent infection by following the organization's contingency plan and safety guidelines.

" PHASE's support to keep the essential health service going on even during the pandemic is praiseworthy. It's a challenging time and we were just growing up from the earthquake recovery and we have COVID to fight. Than you for your support", shares ward chairperson of  Baruwa. 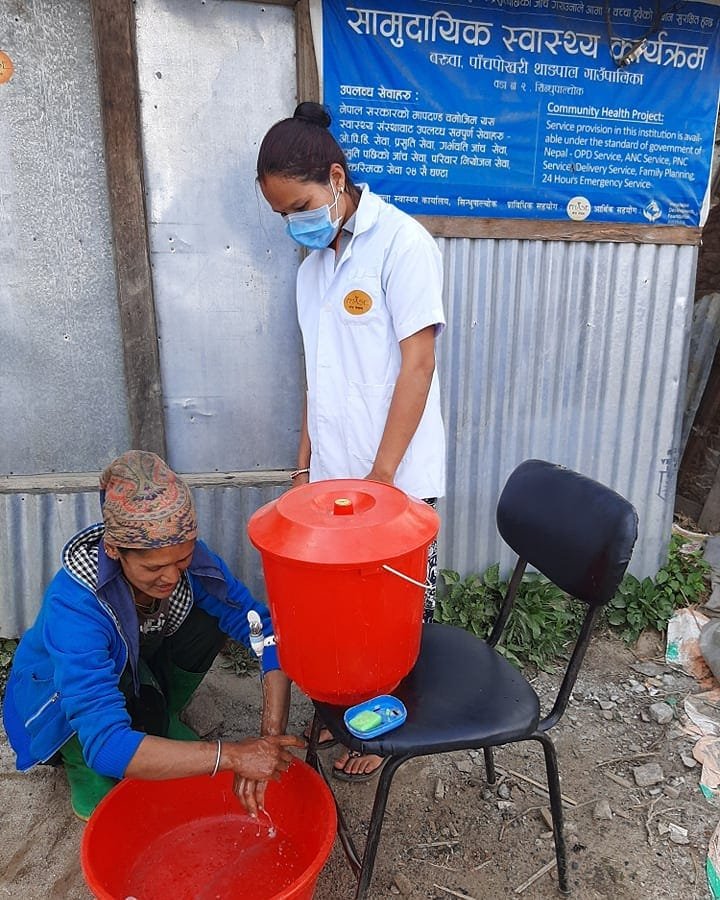 A patient a Baruwa clinic (old) with PHASE staff 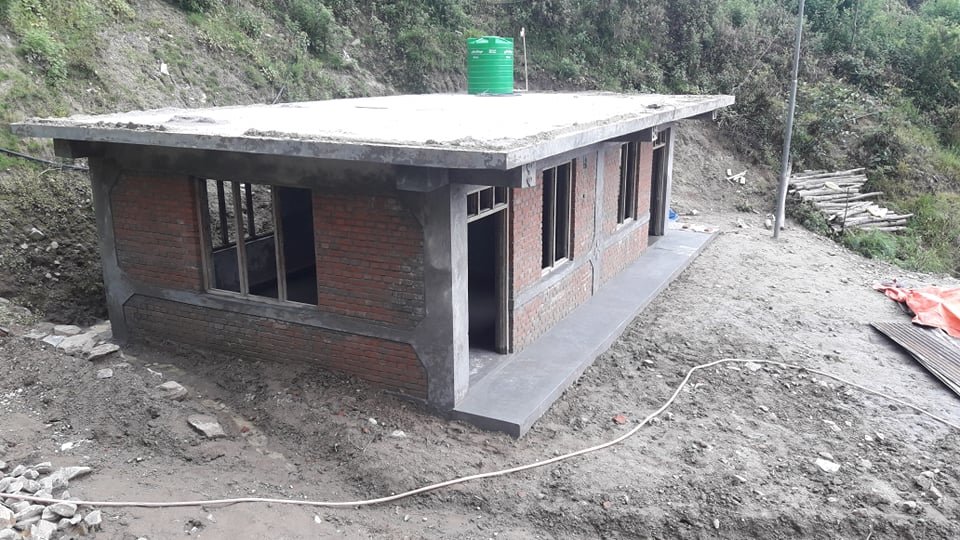 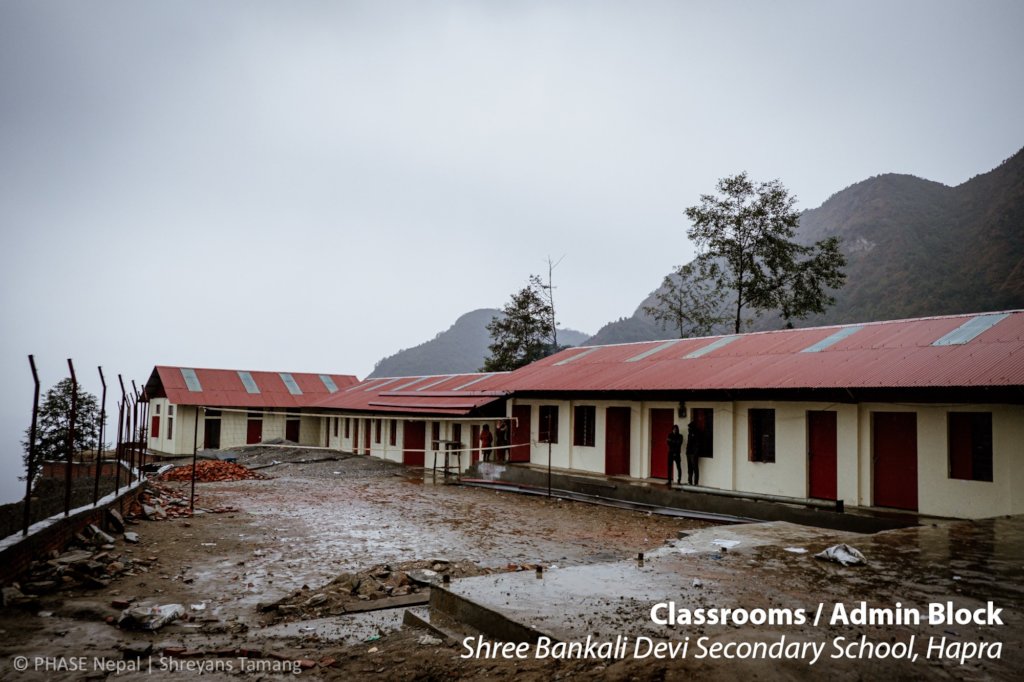 Hagam village lies in the far northern terrain of Sindhupalchok district and was completely destroyed in the earthquake with no houses, schools or health post standing. Wish some immediate support in shelter and food materials. PHASE worked mainly in livelihood recovery via vegetable and poultry farming initiatives to more than 200 households and reconstruction of the public infrastructures such as schools and health facilities.

Including all these, there are 9 different community building and 1 personal house recently rebuilt by PHASE as an effort to rebuild some of the most isolated communities. PHASE will continue to support the neediest communities who are still left behind in the aftermath of the great earthquake 2015. 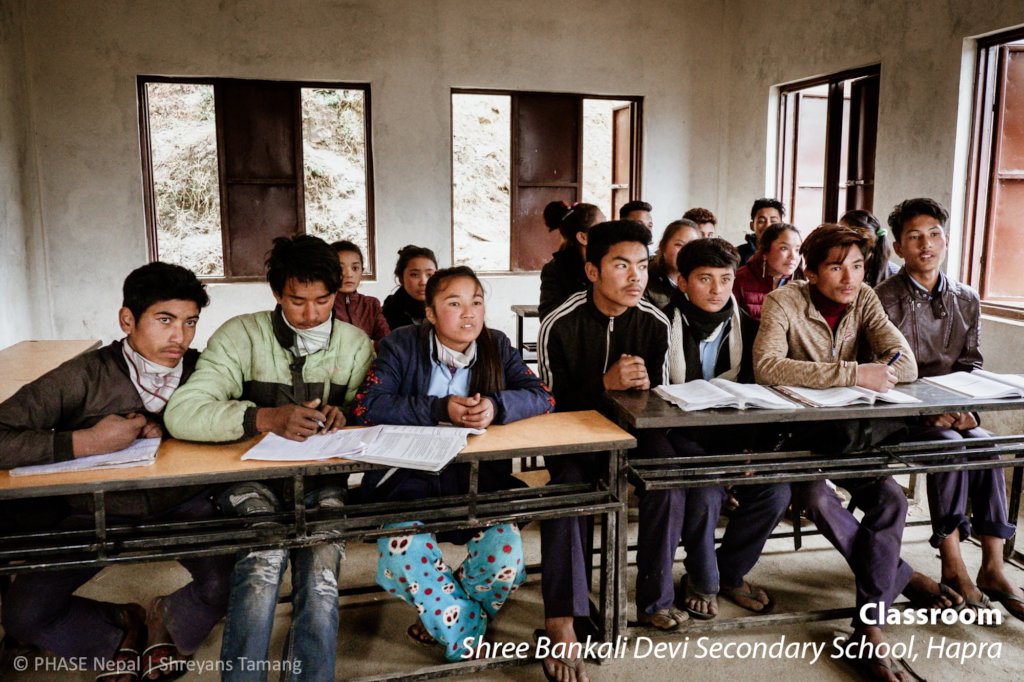 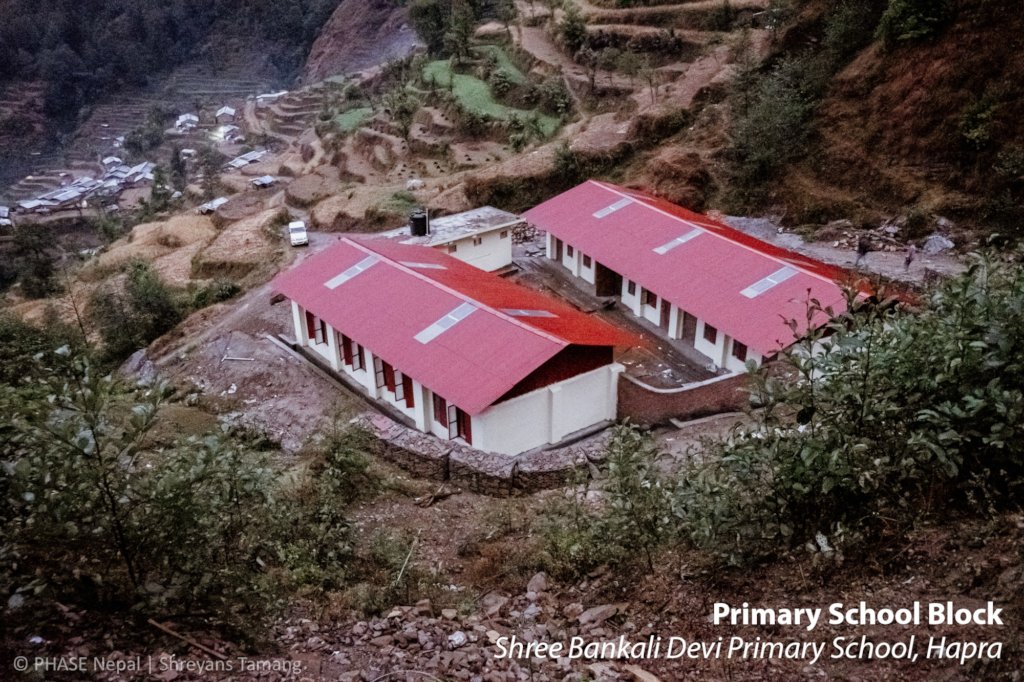 Donating through GlobalGiving is safe, secure, and easy with many payment options to choose from. View other ways to donate
PHASE Nepal has earned this recognition on GlobalGiving:

GlobalGiving
Guarantee
Donate https://www.globalgiving.org/dy/cart/view/gg.html?cmd=addItem&projid=20326&rf=microdata&frequency=ONCE&amount=25
Please Note
WARNING: Javascript is currently disabled or is not available in your browser. GlobalGiving makes extensive use of Javascript and will not function properly with Javascript disabled. Please enable Javascript and refresh this page.