Sponsor 10 Children to go to school in Uganda

by Mountains of hope childrens ministries 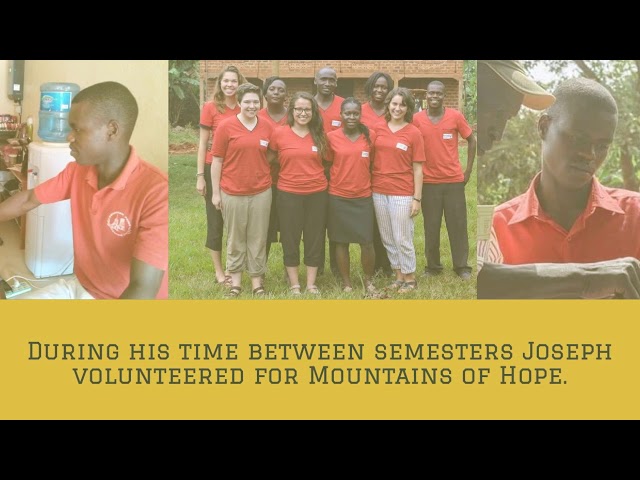 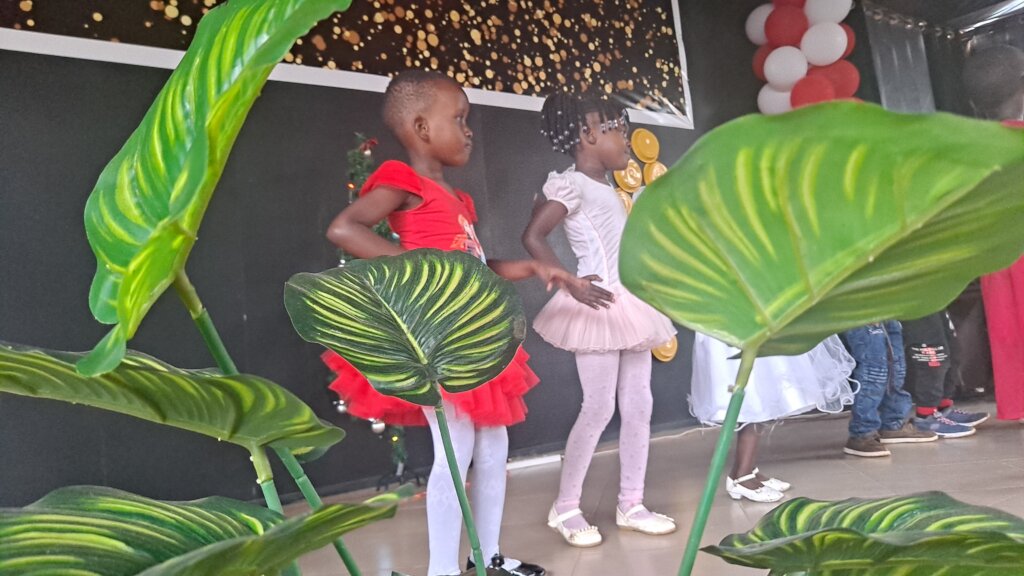 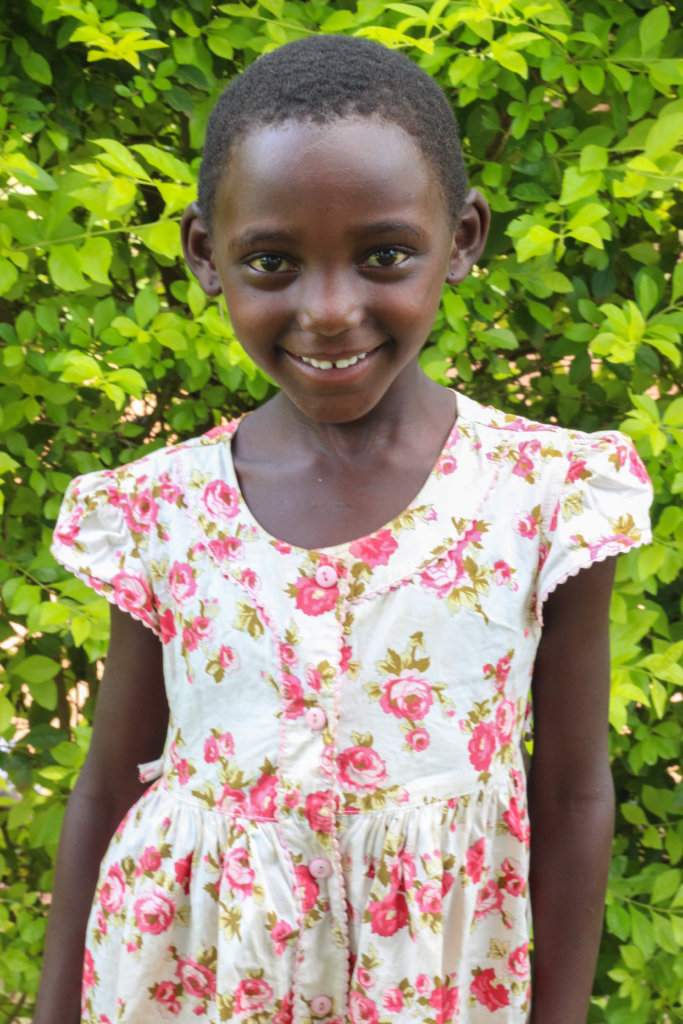 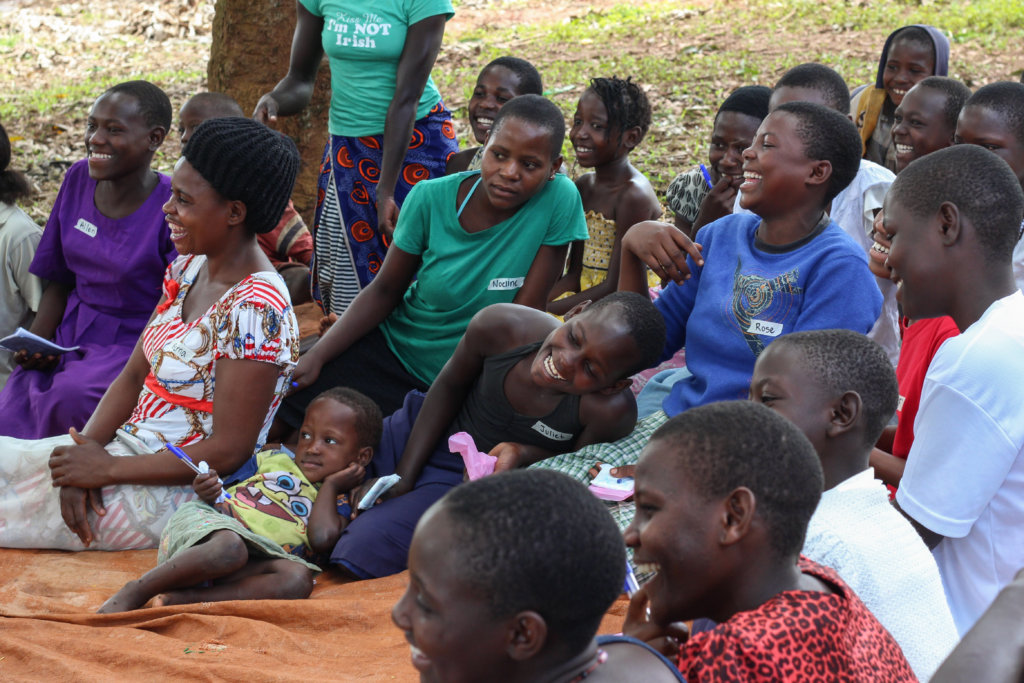 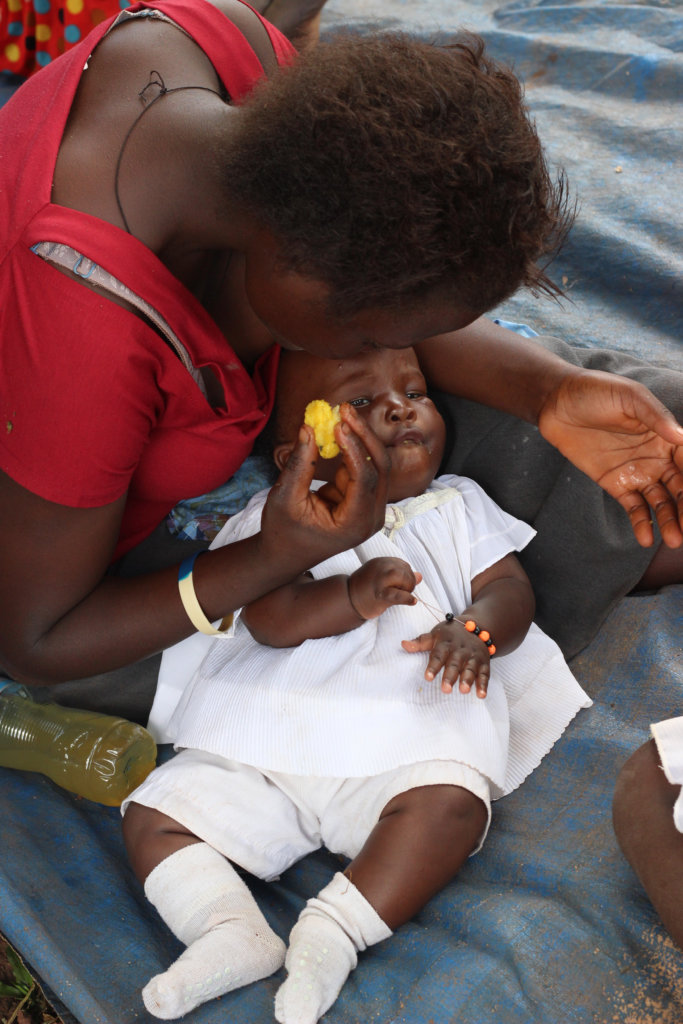 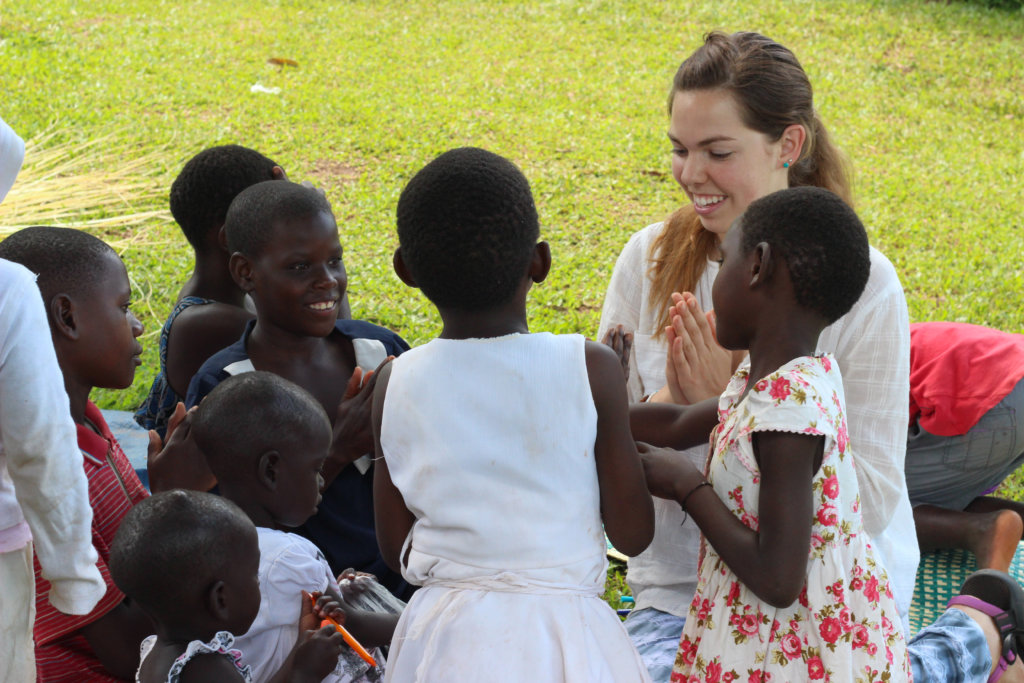 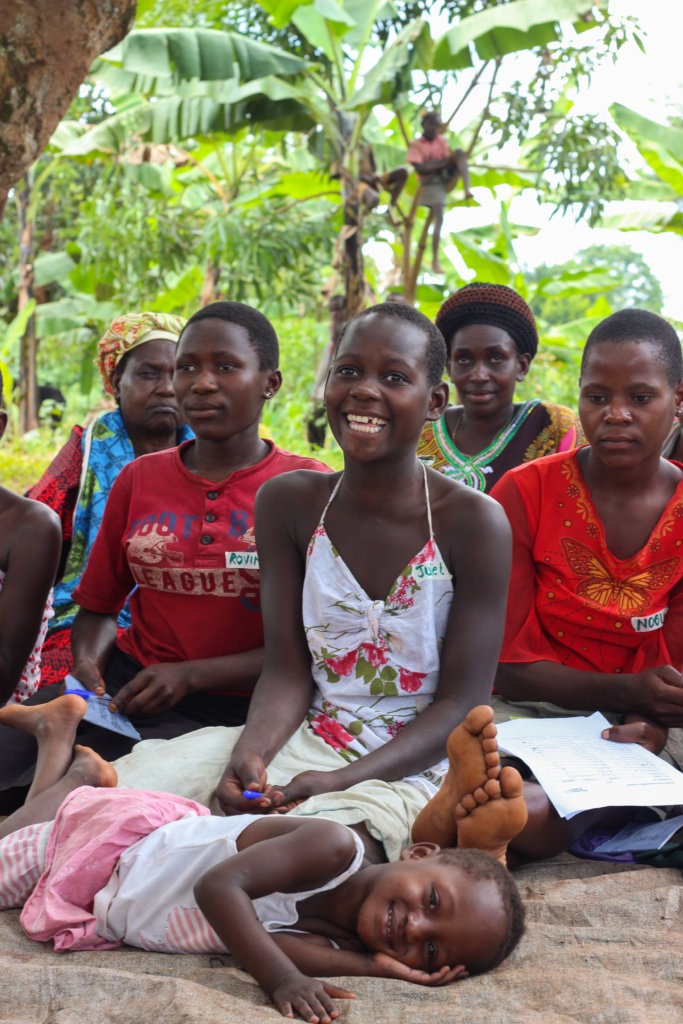 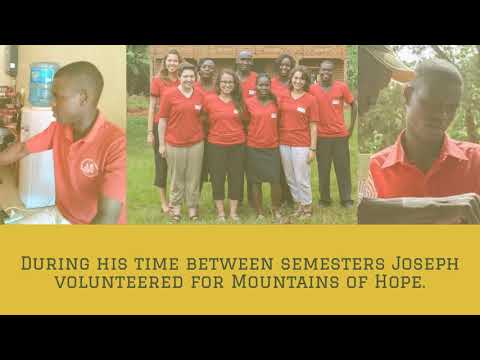 Hi Thank you so much for your continued support towards the school going children in Uganda, school term three is coming to an end, your generous support has enabled six children attend school this school term,the children are writing their end of year and term three exams which will last for one week,these children are expected to be promoted to their new classes next year, we expect to continue with these children till they complete School, we are looking for 25generous  people to donate $140 each to enable these children continue school next year for all the three terms,will you help inform others about this cause? Will you consider donating again during this festive season? We will be grateful

Kids are now on holidays

Thank you for your continuedsupport to theselittle children,with your support, these children have been enabled to continue school, children have now got on holidays, perforance is good, although we havent been able to pay for all the 10, the 4 are fully catered for and doing well, children under the programme require suport because their guardians can not afford school items and other requirements required for a child to attend school daily,children need school uniforms, shoes, books, pens, money for tours and food at school, your money cateres for all these items. Last term, 6 children did not have access to these items and therefore did noe perform as expected.

If you recomend this project to your friends, we believe that it can be of help.

The term is coming to an end this week,our programme is over whelmed by the number of childrenwho donot have school fees support especially in secondary school, we are looking forward to giving them a push as well as fnding them an economic strengthening project and link them to organizations that can give support that we cannot provide, we are also looking forward to traning community groups on business skills and encouraging saving groups in communities.

This project started sponsoring these children right from kindergatten todate, right now Marion, one of the project beneficiaries is in her senior one in a secondary school in Kampala, once she fails to completeschool, Marion will be forced to join bad grous and or get married at age 14, this will mean time wasted and noimpact created in the life of the child at all.

Will you help 10 children to go back to school this term?

Children are back to school

Greetings, we are grateful some of the children have reported back to school, Marion has completed primary seven and has joined secondary school, 3 girls in secondary school and 1 boy are at school for their first term.

We exepcect these children to complete their education wothout being sent back for school fees, we are also working on empowering their households with income generating projects like animal rearing and boosting on their business with booster cash, our staff are also training guardians on business skills, we want these families to be self sustained in the near future.

During our routine quarterly monitoring, we identified some more families of children that required training and capacity building in business management, we are organizing to have this done once funds are available.

Comig week, our project will go to different schools distributing scholastic materials to our sponsored children, follow us on our facebook page to keep intouch with our community interventions

See the results of your help 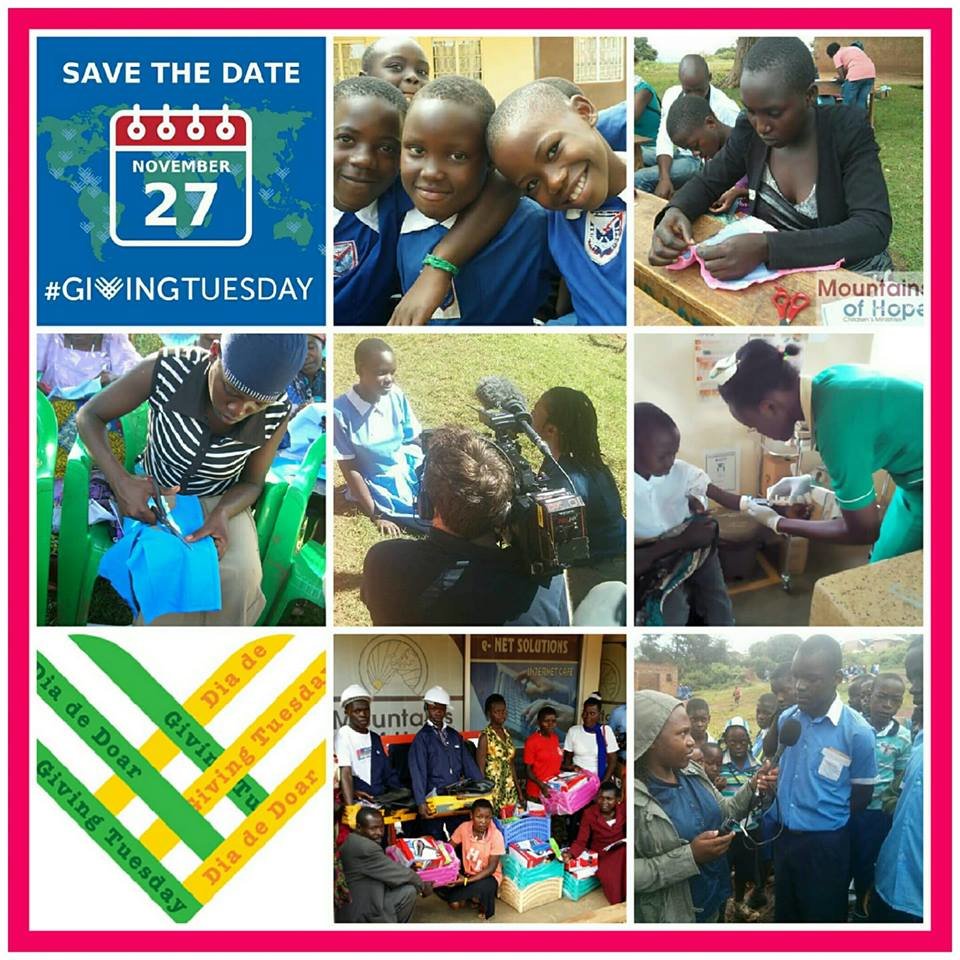 I must salute you for your continued support in our efforts to empower needy communities in Uganda, we have highlighted a few of our achievements so far, your donations and other Globalgiving donors and other partners have enabled us reach there.

The project together with the community worked closely with the Mpigi District Local Government and the three sub counties in lifting up child well being through improvement of quality of education for children. With support from Globalgiving donors, the provision of lunch to 300 children in 2 Primary schools has enabled children to enjoy studies. Provision of clean water purifiers in 2 primary schools has contributed to reduction in hygiene and sanitation related diseases among school children and the neighbouring households. The Child well being awareness raising and adoption of appropriate practises among the community members has had an input in the way parents and community handle children, thus enhancing care and protection of children in their households and the community.

The increased level of knowledge on HIV&AIDS among community members has contributed towards reduction in occurrences of new infections in the community especially among youths and women who are the most vulnerable groups in the community, which eventually has enhanced to children and families being in good health free from HIV and AIDS in the community.

Focus on the most vulnerable

To support and promote participation of people Living with HIV, elderly and disability, Mountains of Hope has extended an opportunity to 40 OVC with school fees, books to be able to practice writing and reading at school and also shoes.  This will enable them to actively contribute to community development.

Education project has contributed to improved quality of formal education for 300 children of St.Balikuddembe primary school Kafumu with provision of lunch to pupils as well as provision of water purifiers to enable children drink clean and safe water at school, the project has facilitated one girl with special needs to continue school in school for the deaf. The creation of good learning environment has contributed to improvement of quality of education for 343 children, the payment of school fees and school support to 7 children has enabled them be retained in school.

Harriet is on her second year pursuing a diploma in nursing in Iganga school of nursing, Harriet is also supported by Globalgiving donors

The goal of the project is reduced HIV/AIDS prevalence and its effects among 216 OVC of Kiringente sub county  through integrated approaches of prevention care support and advocacy.The project is mitigating the impact of HIV & AIDS in the community through strengthening Community led HIV prevention, Care & Support and advocacy. This is aimed at improving the well being of OVC and reducing the viral load and encourage positive living. The project is working closely with parasocial workers who also serve as linkage between OVC and the Health centers.

The project has brought about Positive living for OVC infected and affected by HIV/AIDS and lost to follow up cases. This will help contribute to long life as OVC will repond to treatment. Productivity will be enhanced as people will have prolonged lives hence making them able plan and organize their life for the good of their families and cater for them. The People Living with HIV can now access ARVs and also access other services such as nutritious food is being provided to an OVC who is positive due to implementation of HIV/AIDS activities.

Mountains of Hope worked in collaboration with the village health teams in each community to mobilize mothers for the Health and Nutrition trainings and sensitizations, as a result, 260 mothers in 9 communities were trained in food preparations, healthy living and establishment of vegetable back yard gardens. Following our monitoring reports in November 2017, 46 out of 55 monitored participants in the Nutrition training now feel better equipped to supply their children with the nutrients that they need to grow healthy and strong.

The 10 children who were found in yellow (poor health) were found healthy during monitoring, an indication that the mothers practiced what they learnt from the training.

The weighed children using MUAC (Mid Upper Arm Circumference) during the training reflected a good result “green” as classified in the figure below:

The project followed up with the girls, women and men trained on menstrual management and found that communities had responded positively to the sanitary pads they were trained in, as a result, two women are making, using and selling their pads to earn a living, a report from the Besania Primary school in Mpigi town indicates a drop in absenteeism among girls who used to absentee them themselves during menses, the same school has set up a safe place for the girls to change their pads, this followed an advocacy meeting held with the school administration during the training.

We conducted home visits in 55 homes, the purpose of conducting home visits was to establish a relationship with parents/guardians and their children, we addressed issues of child protection, health, education, early child development and other issues. The relationship established by home visits plays an important role in preventing children from Falling in the situation of abuse exploitation and neglect.

The program has supported one family with a heifer to enable them improve on their health as they will be able to take nutritious milk as well as sell some to earn a living, their back yard garden is getting free fertilizers from the cow dung as well.

Three 6 women’s saving groups, each group comprising of 30 have been trained on business skills and saving skills and have also been provided with saving boxes as well as booster grants worth $300 each, as a result, these groups have registered their clubs, saving and borrowing money from their clubs

Seven (7) girls infected and affected by HIV/AIDS who were linked to apprenticeship centers completed their six months apprenticeship and were enabled to acquire start up tools, as a result these girls have been able to establish their own salon shops hence employment creation

Last year during the Giving Tuesday campaign, our project raise over $500 which enabled us take clean water to 80 families and 300 children in schools, $250 which enabled us put up a banana plantation in the childrens home we are building.

We are thinking this year, with the donations made on Giving Tuesday, we will be able to teach 80 girl victims of sexual violence in Uganda to make moccasin shoes so that they can better take care of themselves.

Will you donate on Giving Tuesday to help us earn a share of $150,000 in matching funds and bonus prizes from @GlobalGiving on #GivingTuesday?

Happy #GivingTuesday! The more money we raise in comparison to our peers on GlobalGiving on 27th November-Giving Tuesday, the more of the $150K in matching funds we get! Can you help?

Donating through GlobalGiving is safe, secure, and easy with many payment options to choose from. View other ways to donate
Mountains of hope childrens ministries has earned this recognition on GlobalGiving:

GlobalGiving
Guarantee
Donate https://www.globalgiving.org/dy/cart/view/gg.html?cmd=addItem&projid=24317&rf=microdata&frequency=ONCE&amount=25
Please Note
WARNING: Javascript is currently disabled or is not available in your browser. GlobalGiving makes extensive use of Javascript and will not function properly with Javascript disabled. Please enable Javascript and refresh this page.