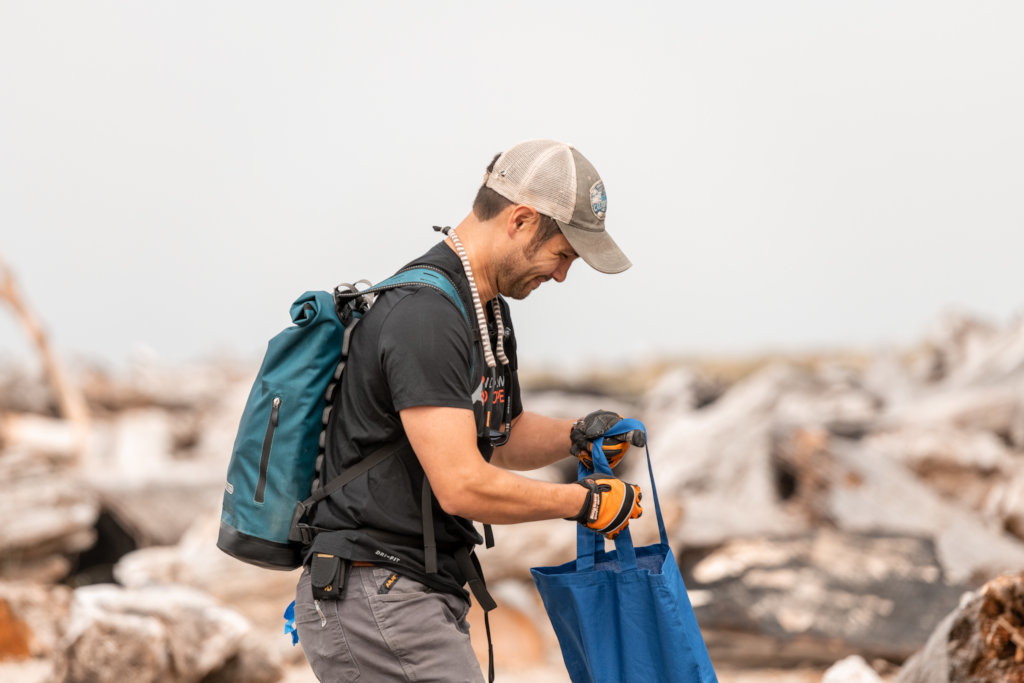 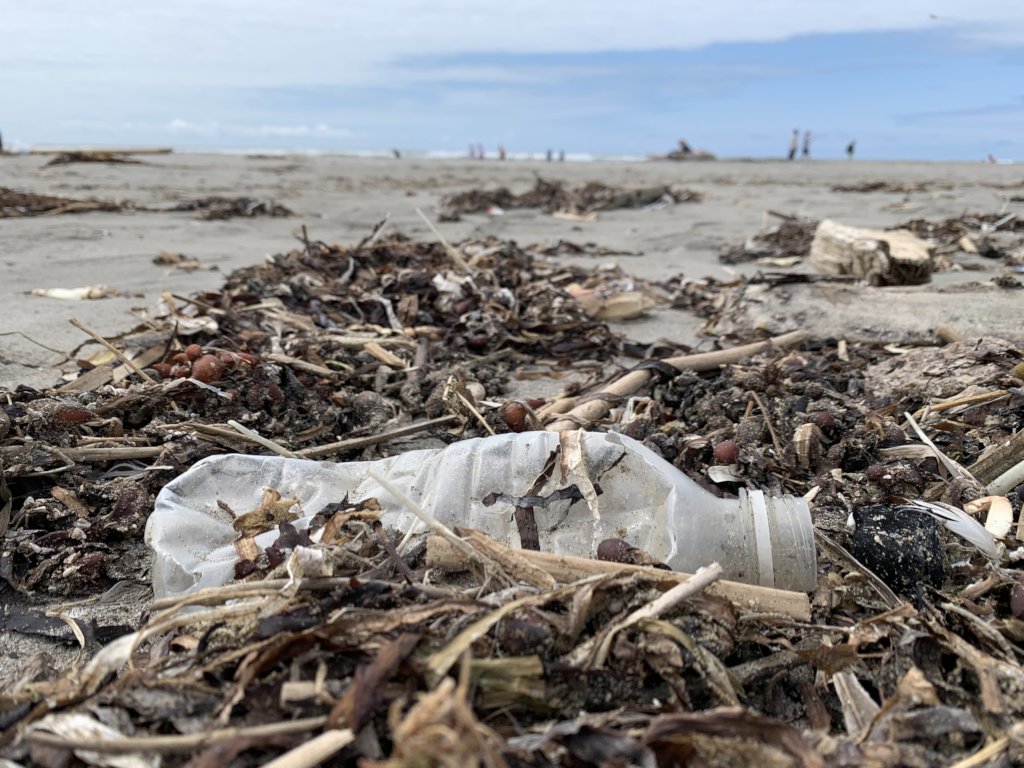 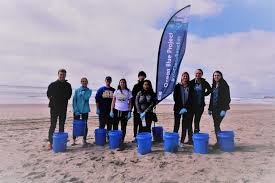 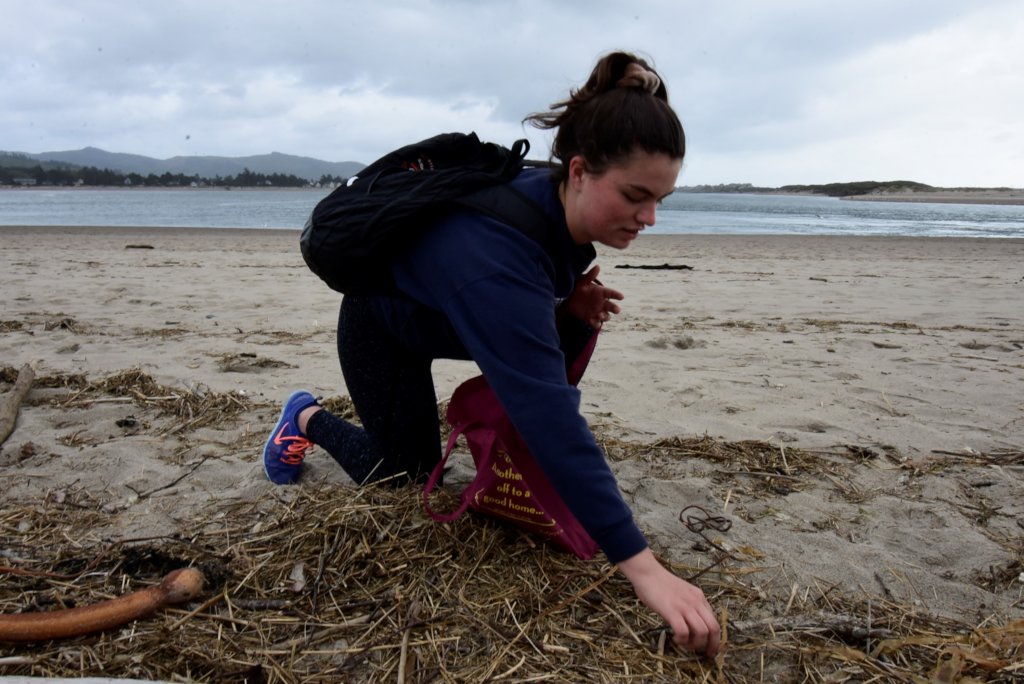 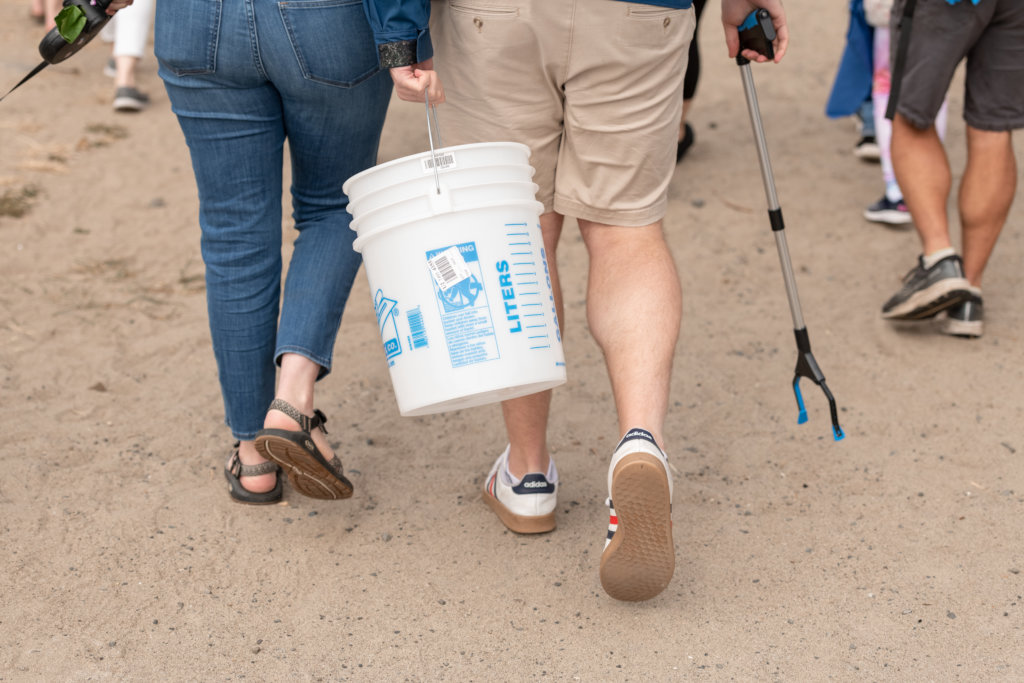 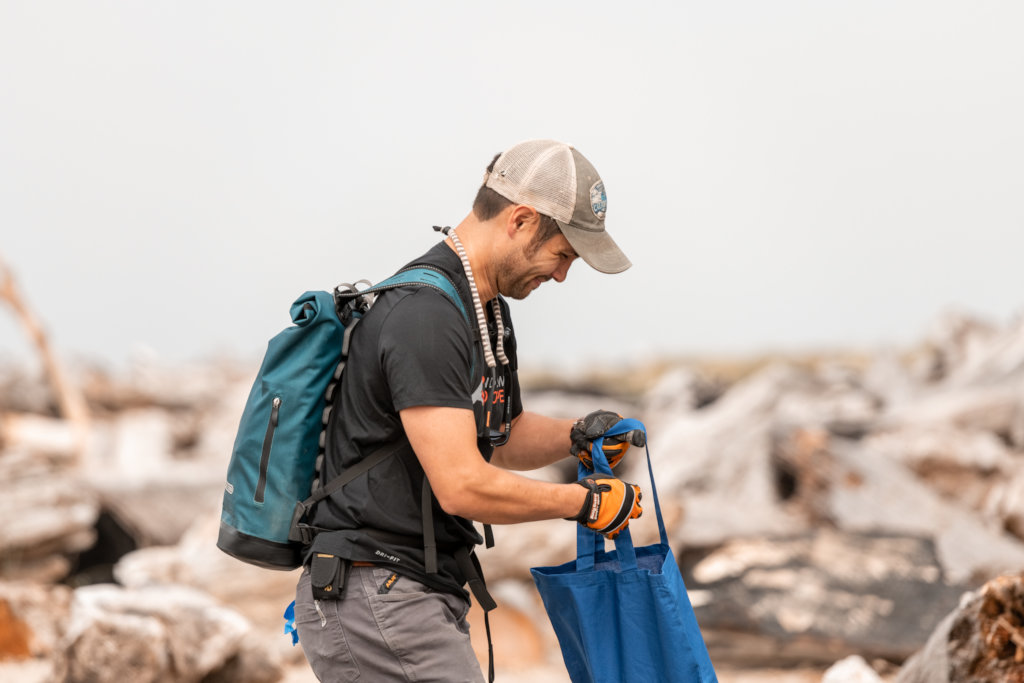 The Create a Cleanup campaign aims to mobilize 5,000 volunteers in 200 cleanups annually along U.S. coastlines and waterways with an end goal of recovering 1 million pounds of plastic from the ocean by 2025. Since the project began, Ocean Blue's volunteer-driven cleanups have recovered over 200,000 pounds of plastic to date-with over 82,000 pounds removed in 2019 alone. Our grassroots coalition includes community activists, youth programs, and partnerships with socially conscious businesses.

Each year, over 8 million tons of plastic flow into our ocean. Aquatic wildlife such as fish, whales, and sea turtles often ingest these pieces of debris, which they mistake for food or become entangled in them. Unlike organic material, plastics are not biodegradable but instead break down into tiny bits called microplastics which accumulate in the bodies of marine animals at every level of the food web-including the seafood we consume.

By mobilizing a boots-in-the-sand coalition of volunteers, local businesses, university clubs, and environmentally-conscious corporate partners, Ocean Blue Project's Create a Cleanup Program empowers community activists around the United States to participate in cleanup efforts to curb the flow of plastic into our oceans and waterways. As a challenge that must be addressed at both the grassroots and governmental levels, these cleanup efforts are a necessary component of the campaign to stem pla

In addition to removing 1 million pounds of plastic from our oceans, we are using beach cleanups as a tool for engaging youth and teaching the next generation of community activists the importance of keeping ocean bound plastics out of our waterways and beaches. Secondly, we are collecting hard data with University researchers on the impacts of plastic pollution in various locales with the goal of inciting lasting policy reform related to how plastics are produced, consumed, and discarded.

Donating through GlobalGiving is safe, secure, and easy with many payment options to choose from. View other ways to donate
Ocean Blue has earned this recognition on GlobalGiving:

GlobalGiving
Guarantee
Donate https://www.globalgiving.org/dy/cart/view/gg.html?cmd=addItem&projid=53308&rf=microdata&frequency=ONCE&amount=25
Please Note
WARNING: Javascript is currently disabled or is not available in your browser. GlobalGiving makes extensive use of Javascript and will not function properly with Javascript disabled. Please enable Javascript and refresh this page.