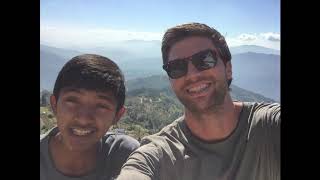 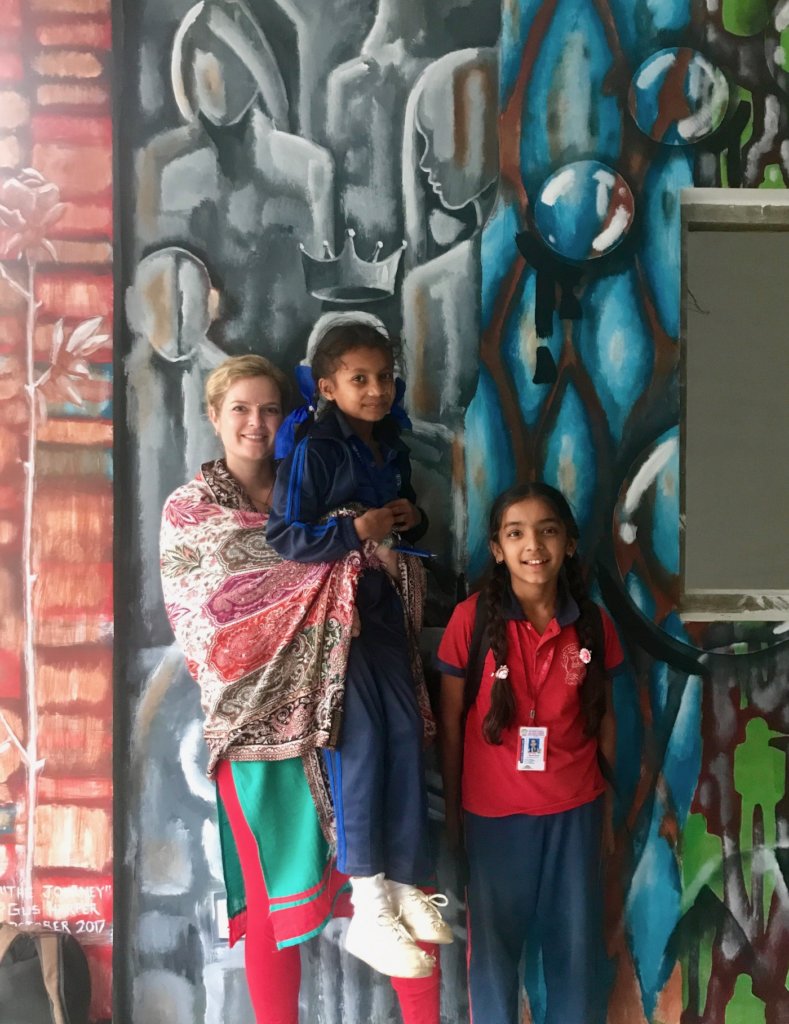 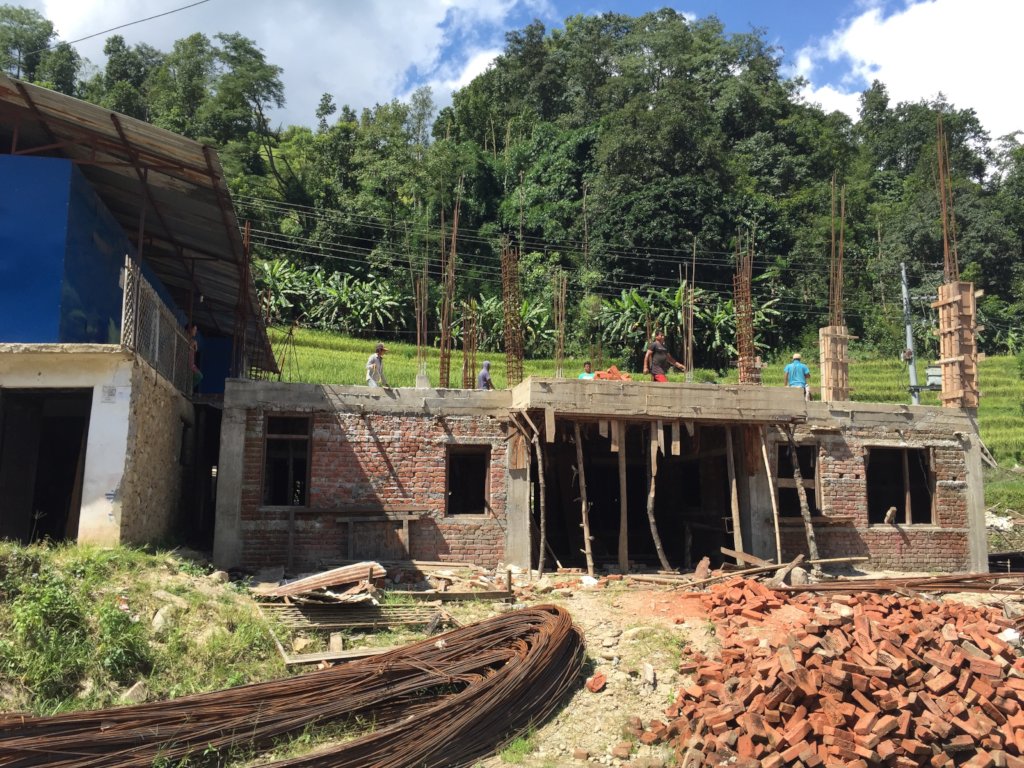 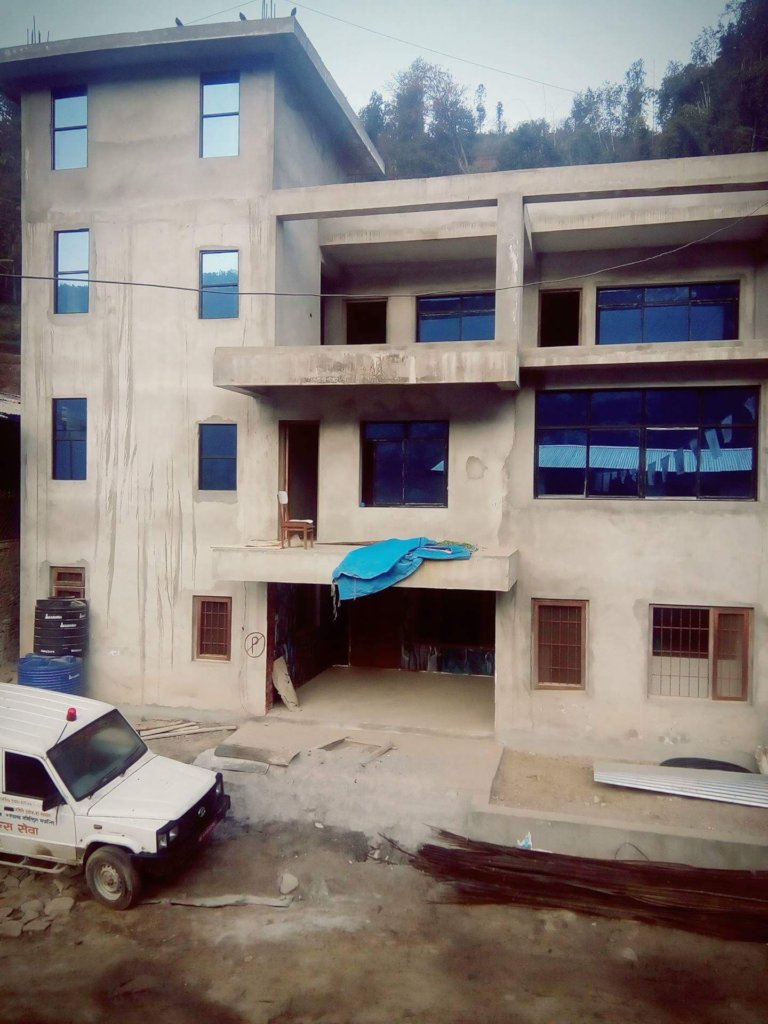 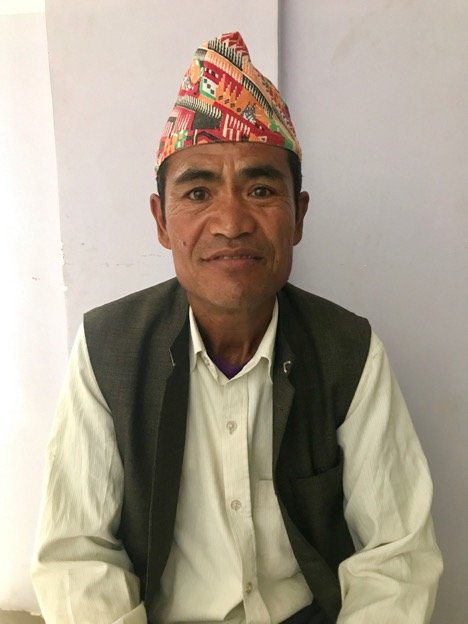 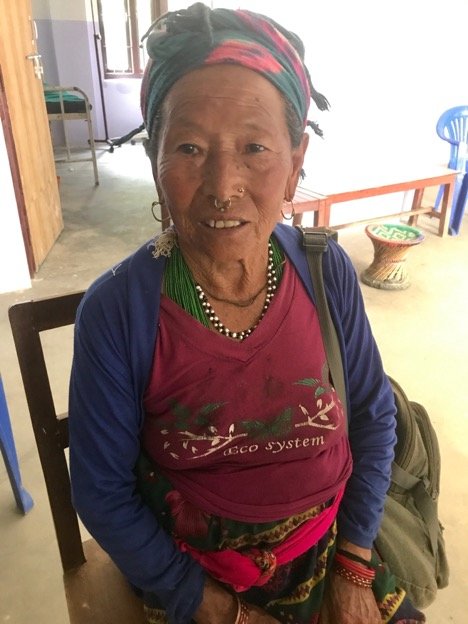 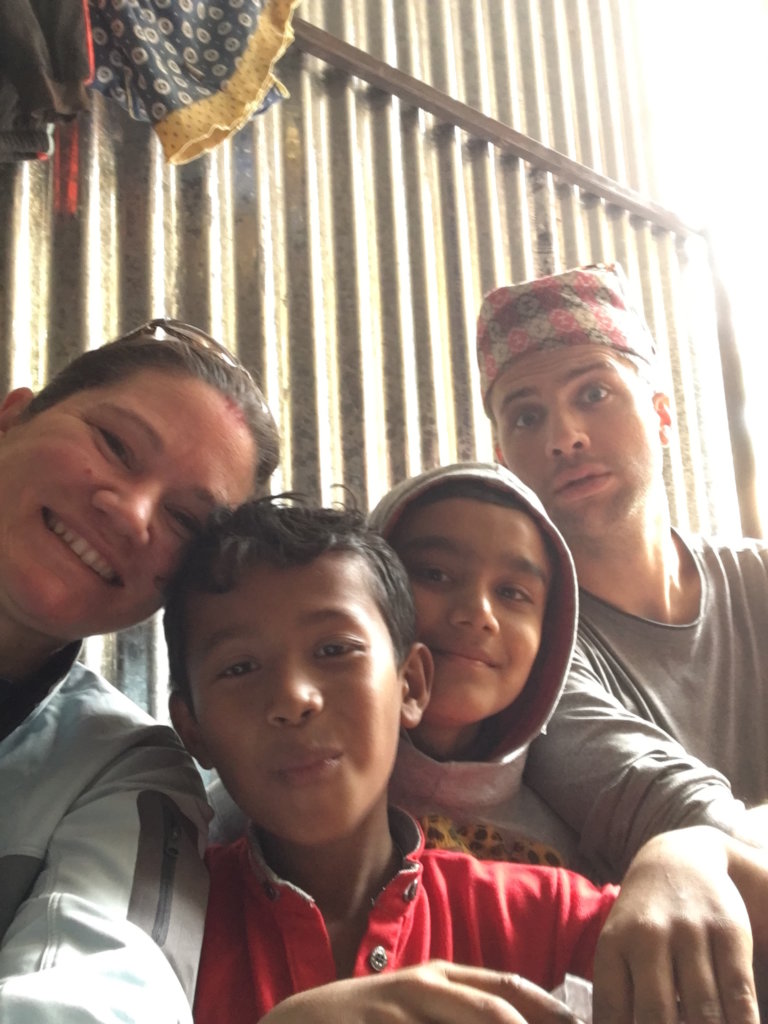 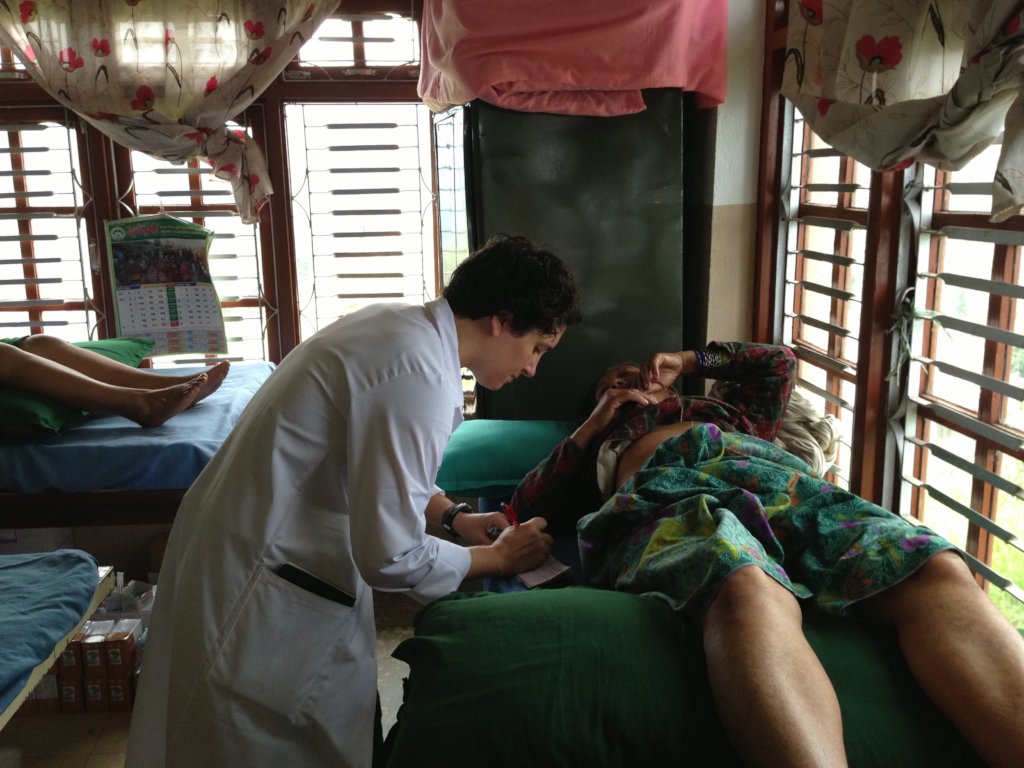 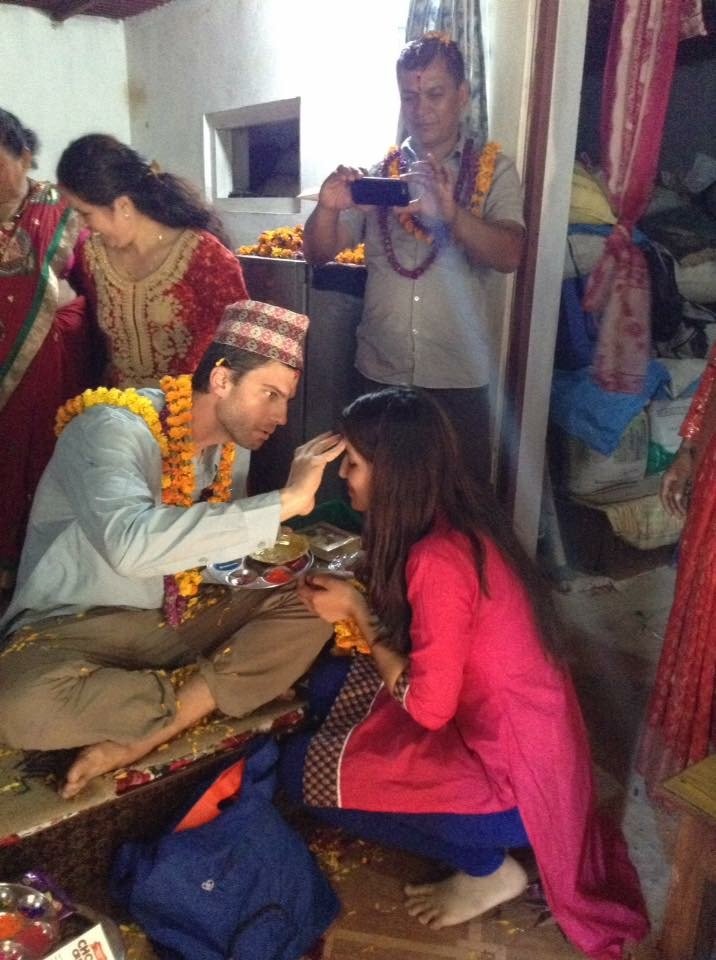 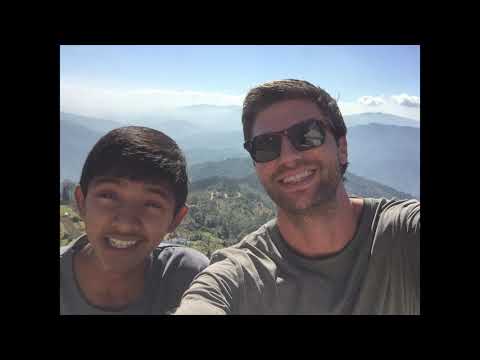 The Humble Beginnings of MMW

I thought it would be nice to give you, our dear friends, a timeline of how MMW came to be. Over the years I have met incredible visionaries who are passionate about a cause and want to make it their life’s work. I tell them, “Go for it!” Nothing is more satisfying than creating a dream from scratch and watching it come to fruition. Another question I am asked is how I funded this journey. When I graduated from Acupuncture school at SIOM,  I had leftover student loan money. That money took me on this journey. Everywhere I traveled I traded acupuncture service for housing and meals and so I am grateful every day to those generous individuals and clinics willing to offer me that trade.

This is my story of how MMW was born.

I graduated from the Seattle Institute of Oriental Medicine after a 4-year post-graduate degree in Acupuncture and Herbal Medicine, sat for National Board Exams, and earned my license in Acupuncture.

With only some leftover money from my student loans, I moved to Buenos Aires to dance the tango 16 hours per day and shake off all the studying of Chinese medicine school.

January 2009
I flew to Bali with another volunteer program founded by Frank Butler, LAc, called Global Health Acupuncture Project. Unfortunately, this project was shut down 2 days into the trip due to permit issues with the Indonesian Health Ministry. Thanks to an introduction by Frank, however, I stayed in Bali volunteering with a hard-working genius, Robin Lim at Yayasan Bumi Sehat. Robin was helping Balinese women have safe natural childbirths at home and at her birthing center. I spent many wee morning hours assisting midwives by turning babies who were breech as well as reducing blood pressure so that moms-to-be could avoid a hospital transfer and have their babies naturally at the birthing center as they wanted to do. Robin later won the CNN Hero of the Year for her work and has published several books on home birthing and breastfeeding. I learned so much from these patient midwives and the courageous birthing mothers. It also became clear to me that I wanted a home birth when the time came for me to give birth to my own child, which wouldn’t be for another six years.

In Bali, I met fellow acupuncturist, volunteer, and Buddhist practitioner, Richard Blitstein, LAc, who became one of the first MMW board members and encouraged me to begin this non-profit. He also supported my clinical return to Chicago to open my own practice.

A quick trip to Singapore to perform tango with Anibal Montenegro from Buenos Aires. I was aware that balancing work with play was necessary for sustaining my mental and physical well-being.

Journeyed to Thailand to meet my brother, Arthur, and my mom for a yoga retreat, then to Nepal. Thanks again to an introduction by a teacher, Daniel Altschuler, LAc, of SIOM, I was permitted to volunteer at the Sechen Clinic in Boudhanath, Kathmandu, Nepal. After the first week, I was treating over 50 patients per day and knew this work needed more trained acupuncturists like me who wanted to volunteer with people in need.

In Thailand, at Samahita, the ashtanga yoga retreat center of Paul Dallaghan, the idea for Mindful Medicine Worldwide was born. Later, in Nepal, Arthur helped me to clarify this vision. We wrote the content for the website and I hired a local website designer to write the code.

Back in Seattle, I recruited Rosanna Marshall, LAc, from SIOM, to be the second volunteer for MMW. She courageously accepted and spent the next year in Nepal and Asia, traveling and giving acupuncture treatments in service to those who could not afford medical care. My friend in Nepal, James Hopkins, kindly befriended Rosanna and allowed her to use his apartment from time to time to warm up and have a hot shower.

I returned to Chicago to gather a Board of Directors and to start my own practice. The Board of MMW included Rich Blitstein, LAc, whom I had met in Bali, Barry Kaplan, a long-time massage client, Sarah Workneh from SAIC Oxbo, and Mary Kate Daly from Children’s Memorial Hospital, my best friend from high school who had also agreed to help me start a non-profit after she graduated from Kellogg with her MA in Business. In 2010, Jodi Pelletierre, a friend of Barry Kaplan’s from the Board of River North Dance and a non-profit lawyer, agreed to help us get 501(c)(3) status pro bono. While I was visiting family in Ireland in 2010, she and I finalized the paperwork over phone and email and MMW was miraculously granted non-profit status in record time- just 3 months after applying.

GlobalGiving
Guarantee
Donate https://www.globalgiving.org/dy/cart/view/gg.html?cmd=addItem&projid=42580&rf=microdata&frequency=ONCE&amount=25
Please Note
WARNING: Javascript is currently disabled or is not available in your browser. GlobalGiving makes extensive use of Javascript and will not function properly with Javascript disabled. Please enable Javascript and refresh this page.