Microplastic in the Desert 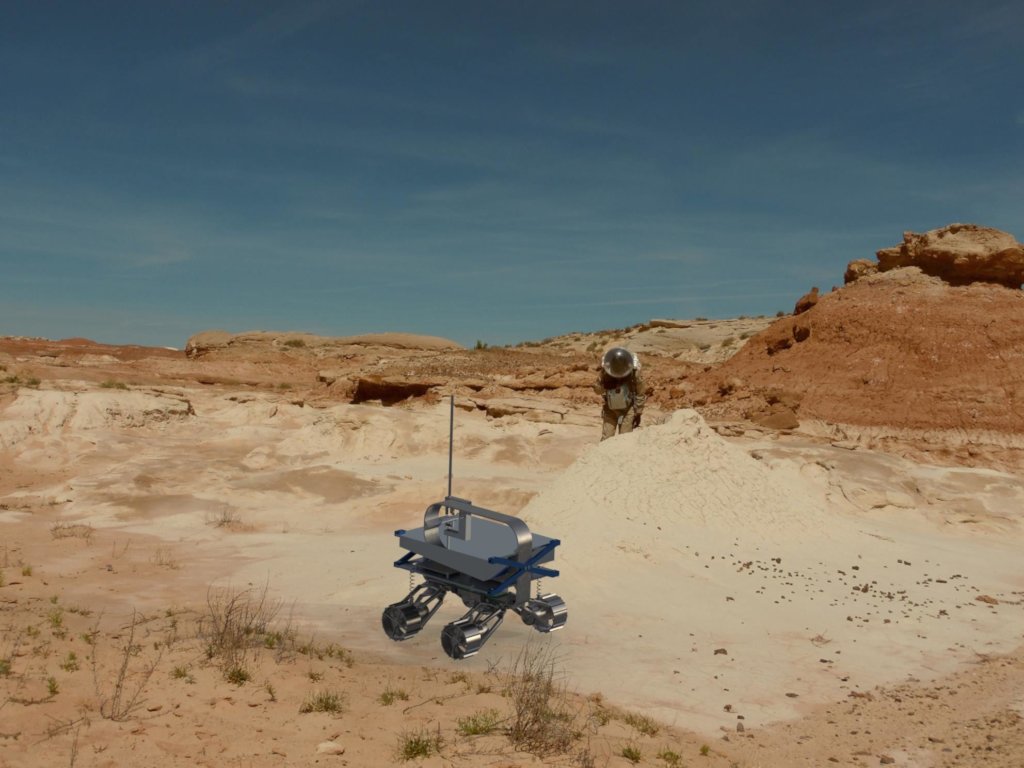 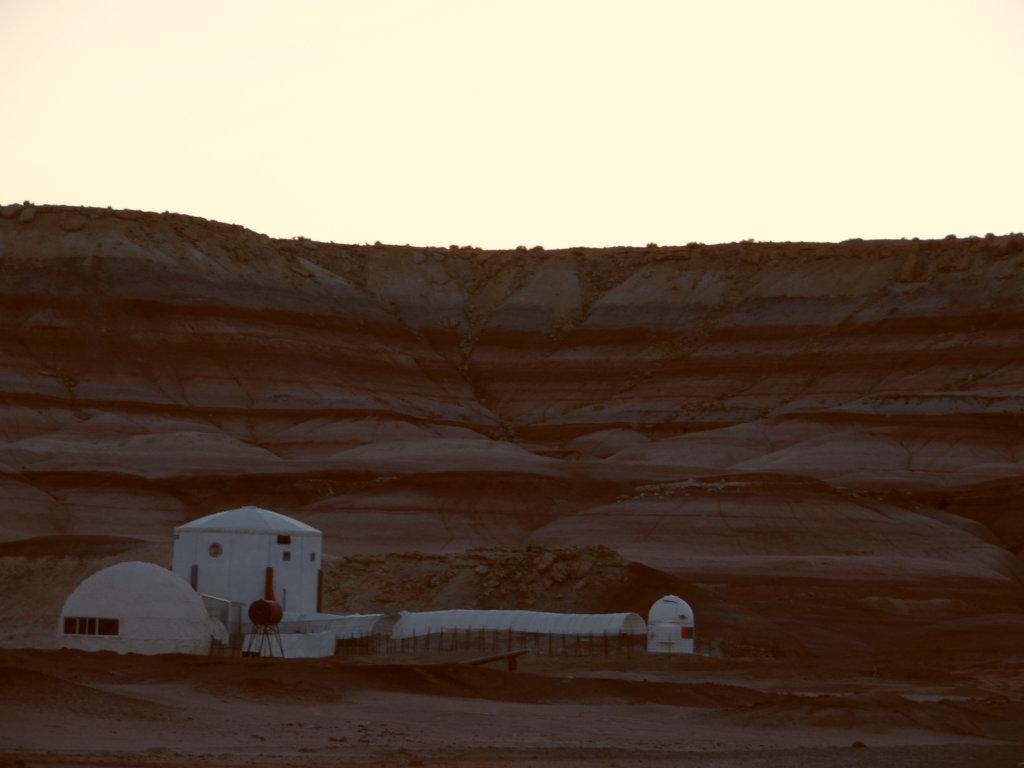 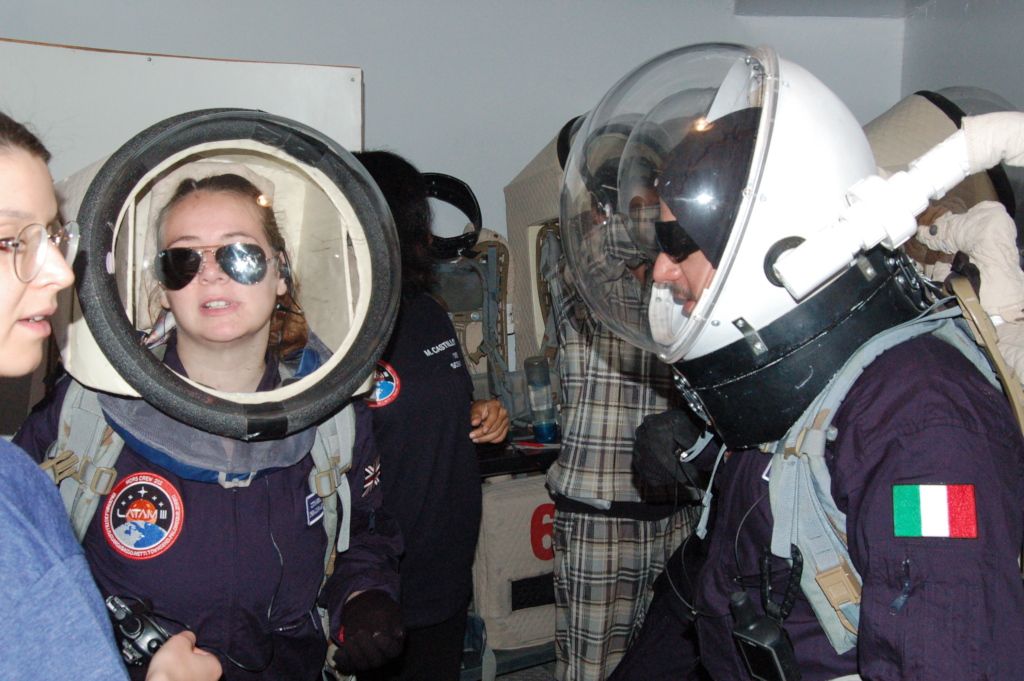 Zoe getting ready for a desert EVA simulation

Last March, when Zoe Townsend, a very talented young aerospace engineer with a special interest in environmental problems,  asked Polarquest's help for fundraising and communications, we found her  proposal irrresistible: she was getting ready to take part in a Mars simulation camp in the Utah desert, and proposed to take this opportunity and sample microplastic at the same time!

That’s how, thanks to her, Polarquest carried out the very first first sampling campaign in the Utah desert at the Mars Desert Research Station.

sample analysis is being carriedt out now in Plymouth UK; where Zoe moved in the meantime, after a first screening at the Lerici lab in Italy (CNR).

The funds raised through the Global Giving space and mostly from a few events we organised locally in Geneva  has helped Zoe  recover some of her travel expenses.

This was a little but fundamental help for Zoe and that's where our financial contribution stops, so we do not need to keep this project open. We are eager to get conclusions from her new lab on the data collected in the desert and we will cover this in the news section of the polarquest website during 2020. 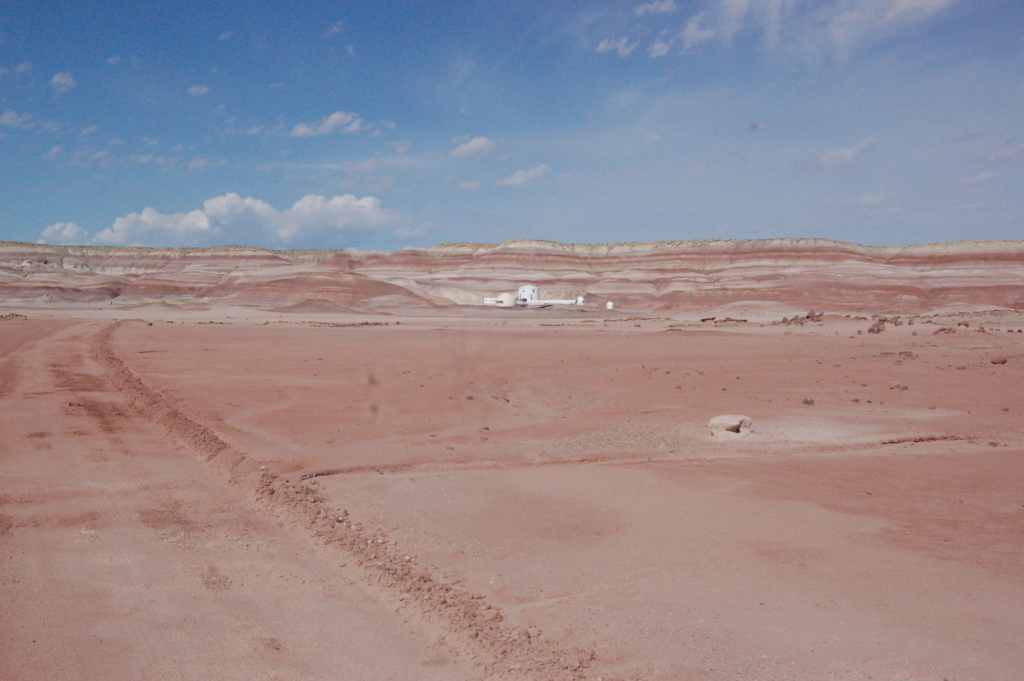 The Mars Simulation camp base in the Utah desert

Microplastic in the desert - intermediate report 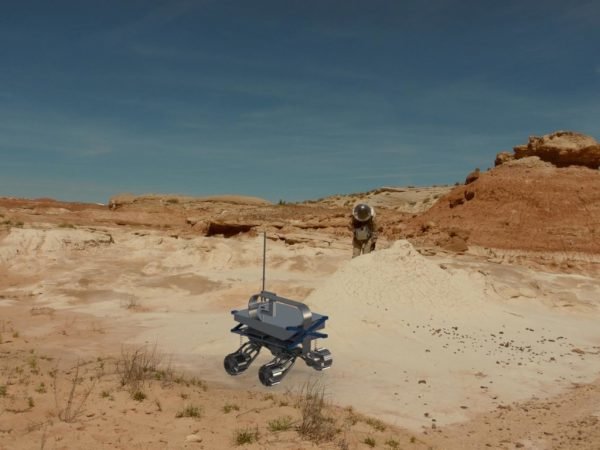 Zoe during the Mars Simulation camp

When young aerospace engineer Zoe Townsend aproached us at Polarquest announcing she had been selected to take part in the first sampling campaign in the Utah desert during a Mars simulation camp at the Mars Desert Research Station. (http://www.latam3.space/) we welcomed with enthusiasm er proposal to sample the desert sand for microplastic. Indeed what we are looking for is signs of human pollution in remote areas, such as the Poles, but also other remote ecosystems such as  deserts, also far away from human settlements, and  still impacted by our pollution. Zoe's objective in the tah dseret was to investigate microplastics in that environment and if microplastics are being transported by wind currents.

So we welcomed her on board and made of her proposal our new research project: Microplastic in the Desert! and opened a Microproject campaign on the Global Giving website.

From 5th to 19th May 2019, Zoe added to her already quite heavy duties as a Mars Simulation camp participant also the chore of collecting sand samples  in that area of privately owned desert in Utah, during her simulated Extra Vehicular Activities (or EVA's aka space walks), wearing the astronaut gear in the heat of th desert !

The Mars Desert Research Station is an area with minimal human interaction and therefore is an ideal area to show microplastics deposits most likely by wind, rather than human interaction. The collection of sand went very well with 11 samples collected,  5 of which from  a North dune and 4 from a south Dune. Zoe also had a jar for background contamination as requested by the sampling protocol and one with some animal dropping that shemanaged to find in the area.

Zoe is currently just arrived at the ISMAR Marine Biology Lab, where she will be supervised by our reference scientist Stefano Aliani to proceed with the microplastics separation from the sand samples and identification using microspcopes and a spectroscope in the lab. A researcch paper will be published based on the analses of these quite unique samples.

So  work is continuing and we do ned your help to complete the analysis and pay back to Zoe part of her expenses to travel to Utah, which she advanced personally.

As Zoe said,  “The future is in the hands of those who explore”

keep supproting and following us to learn more about the project and its results!

The Mars Simulation camp base in the Utah desert Find another project in United States or in Climate Action that needs your help.
Find a Project

GlobalGiving
Guarantee
Donate https://www.globalgiving.org/dy/cart/view/gg.html?cmd=addItem&projid=39898&rf=microdata&frequency=ONCE&amount=25
Please Note
WARNING: Javascript is currently disabled or is not available in your browser. GlobalGiving makes extensive use of Javascript and will not function properly with Javascript disabled. Please enable Javascript and refresh this page.