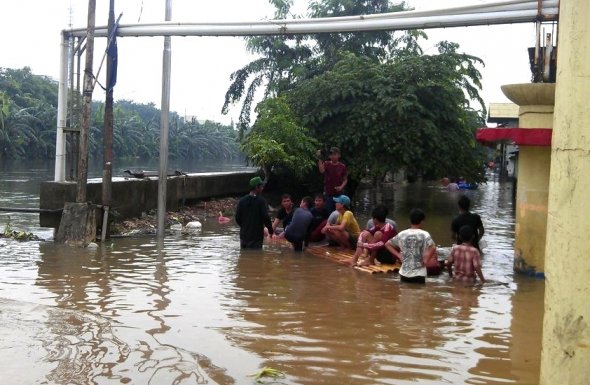 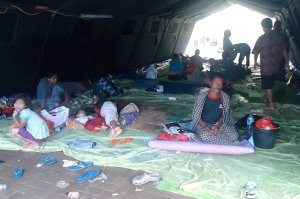 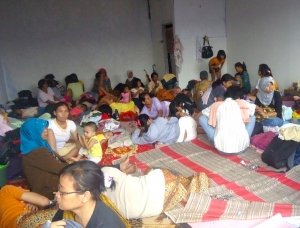 Days of non-stop heavy seasonal rains in Indonesia's capital, Jakarta, triggered floods that inundated a large part of the city, bringing it to a halt. Traffic came to a standstill, government offices and businesses shut down, and thousands of residents were forced to flee their homes. According to the National Disaster Mitigation Agency, more than half of Jakarta's 44 districts were hit with by the flood, resulting in the displacement of over 15,000 people.

Water levels in Jakarta are so high that it has submerged two-story houses. In West Jakarta where the Mercy Corps team has done assessments, thousands of people are crowded into five large tents, where they've been living for since the second week of January, since the floods first hit their homes. Community representatives said they had received food from government officials, but it was slow to be distributed and children and breastfeeding mothers didn't have the nutrient-rich food they need.

Mercy Corps began by distributing 1,000 tarps to assist with shelter and 1,000 jerry cans for families to store clean water. Waterborne disease is already a reality in Jakarta's crowded neighborhoods with poor sanitation; the flooding will only increase that risk in the encampments where people have gathered. We have also distributed other essentials like hygiene kits, cleaning equipment and cooking utensils.

Mercy Corps will continue to monitor this situation. From helping children grow healthier to providing low-cost financial services to aspiring entrepreneurs, our programs in Indonesia are nearly as vast as the nation's myriad islands. Mercy Corps addresses the root causes of poverty in Indonesia, improving life in the most challenging urban and coastal areas. These people will benefit from other future programs.

Find another project in Indonesia or in Disaster Response that needs your help.
Find a Project

GlobalGiving
Guarantee
Donate https://www.globalgiving.org/dy/cart/view/gg.html?cmd=addItem&projid=12940&rf=microdata&frequency=ONCE&amount=25
Please Note
WARNING: Javascript is currently disabled or is not available in your browser. GlobalGiving makes extensive use of Javascript and will not function properly with Javascript disabled. Please enable Javascript and refresh this page.