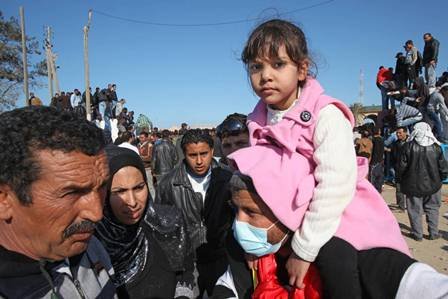 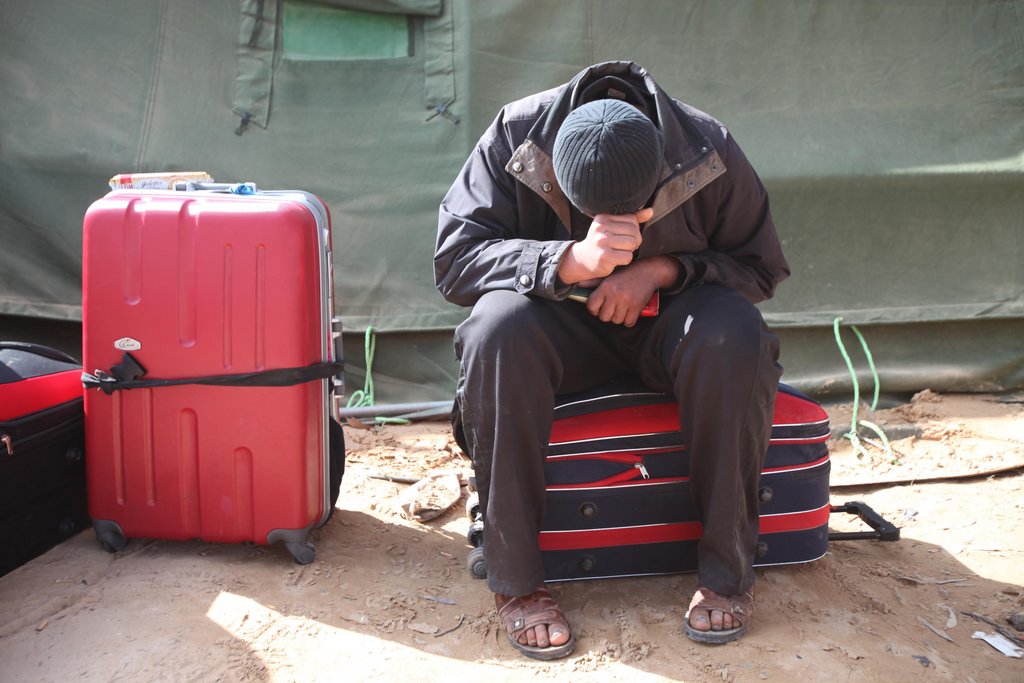 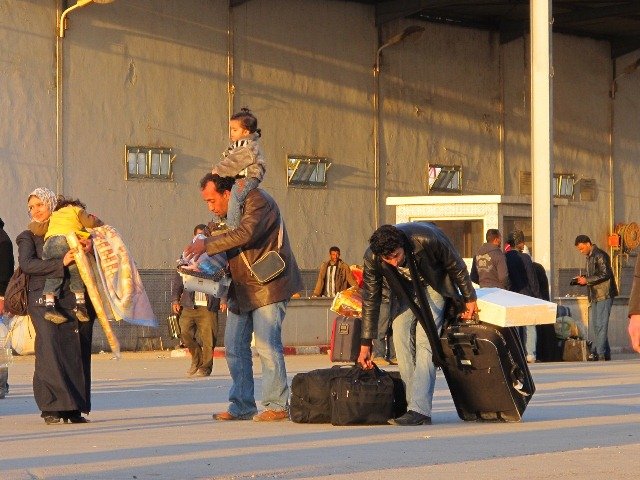 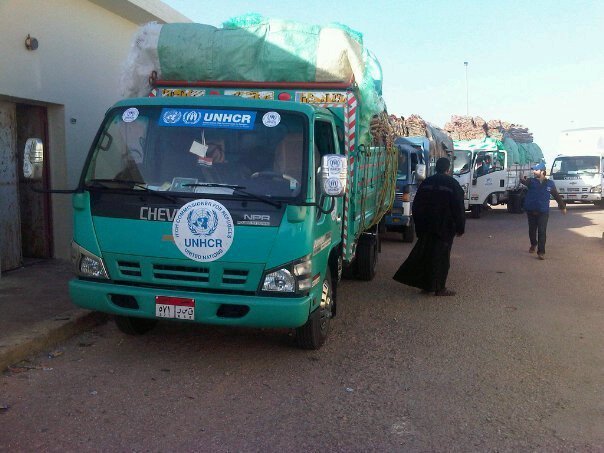 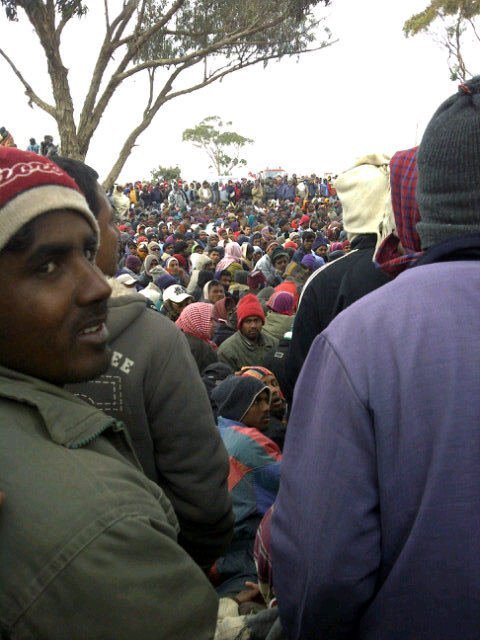 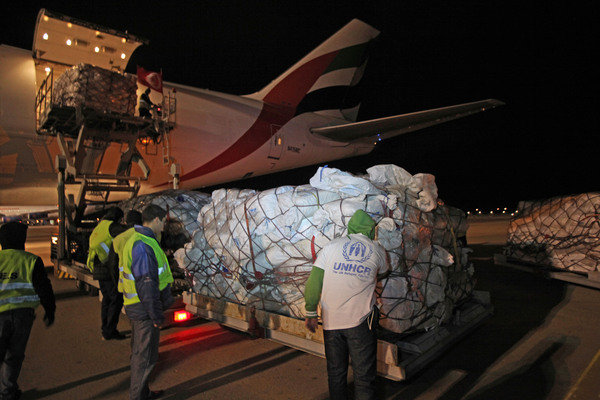 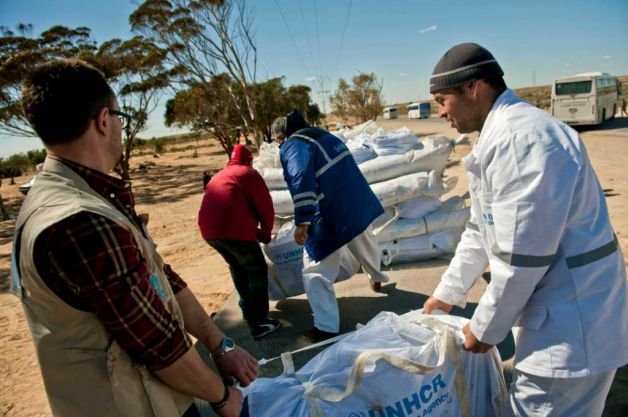 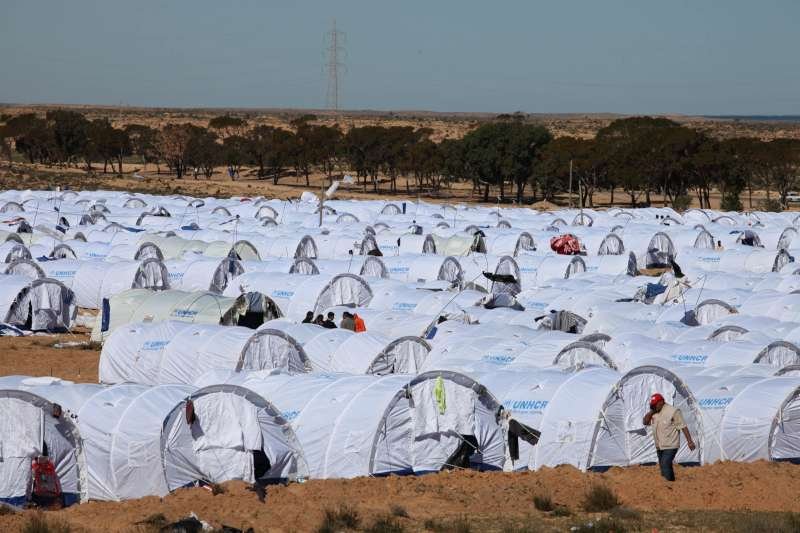 A Portrait of an Iraqi Artist as a Refugee 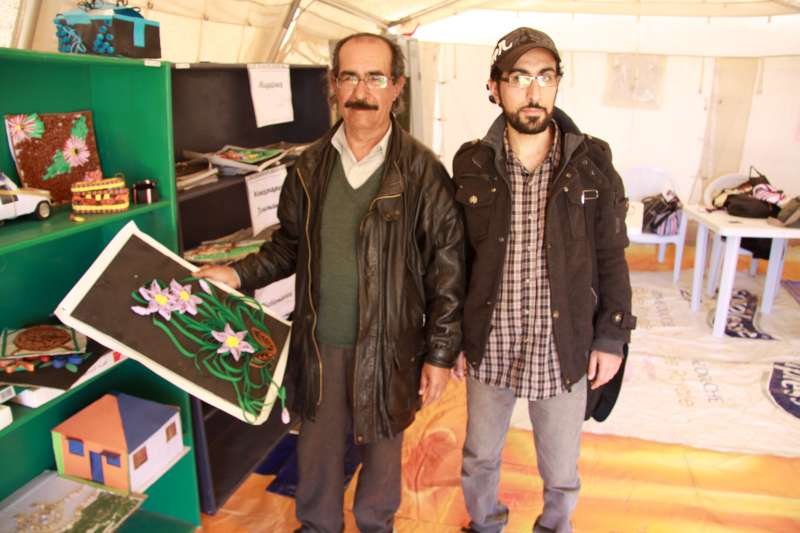 Mohammed helps a student show off his art.

Mohammed wants to become a roving art teacher for refugees around the world. "I would like to travel with UNHCR or any other organization," he says.

For now, the 55-year-old Iraqi is content to pass on his knowledge to other refugees in a desert camp near Tunisia's main border crossing with Libya, where he worked for almost 15 years. "They have a lot of time, so I try to give them something useful to do," he explains. Their new skills could prove valuable in the future.

It's a welcome respite for teacher and students alike from the hours and days of waiting for news about resettlement. Mohammed's four adult children have been accepted by the United States, but he and his wife have heard nothing yet and are understandably concerned. Most of the people in Choucha are likely to be resettled, but not all. Moreover, the process can take months.

UNHCR considers resettlement to be the only viable option for the majority of recognized refugees who fled Libya to Tunisia. Some 1,800 refugees have been accepted for resettlement by 15 different countries and more than 700 of them have left here to start a new life.

At least twice a week, Mohammed makes his way from his rented home in nearby Ben Guerdane to Choucha, where he spends the day teaching around 50 people free of charge in the camp of more than 3,000. He specializes in painting and drawing, but also teaches basic sculpture and handicrafts.

He holds special classes on perspective for young men whose engineering studies were interrupted and for whom draftsmanship and drawing is important. This experience could be crucial in helping them to apply for college courses or to find work in their new homes.

Mohammed holds court in a community center run by UNHCR's implementing partner in the camp, the Danish Refugee Council. "One day I teach men, another day women," he says, adding that the ladies are particularly keen on making handicrafts and often hold exhibitions in the center. His students come from Eritrea, Somalia and Sudan, with an occasional Iraqi.

Mohammed, whose own art career has been put on hold until he can have a cataract operation, did not know what to expect when he started volunteering his skills. "I was surprised by how many turned up," he says. "They start simple and they get better . . . I teach them what they need."

The Danish Refugee Council provides Mohammed with all the materials he needs, including plain and colored paper, leather, brushes, oils, water and poster colors, string, glue, silk, knitting needles and wool. The latter are used by an Eritrean refugee, who teaches knitwear and says: "I learned in Libya."

UNHCR and the Danish Refugee Council are looking at ways to help the students earn something from their enterprise and keep them motivated.

Mohammed displayed some of the work produced in this desert studio, including paintings and drawings as well as photo frames, bracelets, cloth handbags, woollen beanies, place mats, paper flowers and much more.

Coming to Choucha is clearly therapeutic for Mohammed, who learned his craft from some of his country's greatest modern artists, including Hafidh al-Duroubi and Faik Hassan, acclaimed for his paintings of horses.

"I was an art teacher for 30 years in Iraq and Libya at schools and universities, including Misrata, where I founded the department of plastic arts," says Mohammed, who was born in the southern Iraqi city of Basra. He came to Libya in 1997 to work at a teacher's institute in Tripoli.

The family became settled, with Mohammed also painting and exhibiting his own work. But in recent years he became concerned about pay and contracts. When the uprising against the Muammar Gaddafi regime began in February last year, he was lecturing at Zawiya University to the west of Tripoli.

The family debated what they should do, including the possibility of returning to Iraq. Mohammed worried about continuing insecurity in his home country and was mindful of a deadly campaign by Islamic radicals against artists, which was at its height from 2003-2007.

"I went back in 2008 and found that a lot of my friends had been killed, so I felt threatened," he said, noting that the family had been given refugee status in Libya in 2007 because of his fears about the danger to artists in Iraq.

They decided to seek safety in Tunisia, entering the country last May at the Ras Ajdir crossing. The family first stayed in a Red Crescent camp before moving to Choucha in September. "We left to Ben Guerdane in October. It was very difficult to live in the camp," he said. "If you have money you can move out. And being Iraqi helped."

It's still tough in Tunisia. They pay 150 Tunisian dinars ($100) a month for an apartment for six. "We have a hard life and a small budget," he said, while adding that locals help with food from time to time.

He sees no future in Tunisia because it is difficult to work there, while he says he will never go back to Libya "because the crisis continues. The Libya crisis will never end." That leaves resettlement as his main hope, but the wait is stressful. "I worry because I want to stay with my family. I'm still worried."

The weekly visits to Choucha help buy his spirits. And Mohammed is happy to have been given the chance, in the most unexpected of places, to resume his profession. Above all, he's grateful to his students. "I thank them, because they have given me hope again of teaching and learning art," he said.