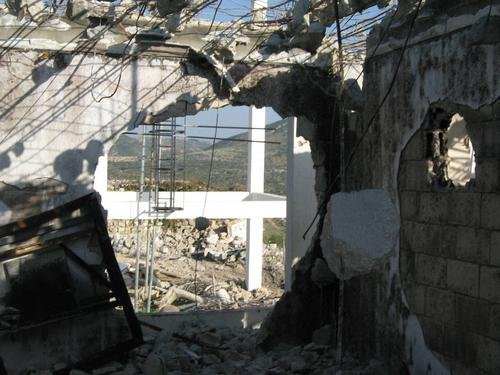 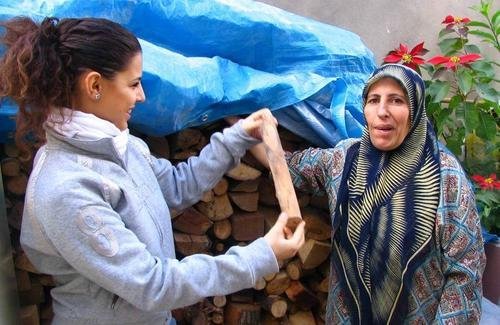 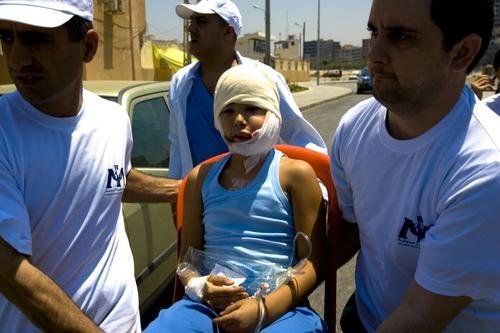 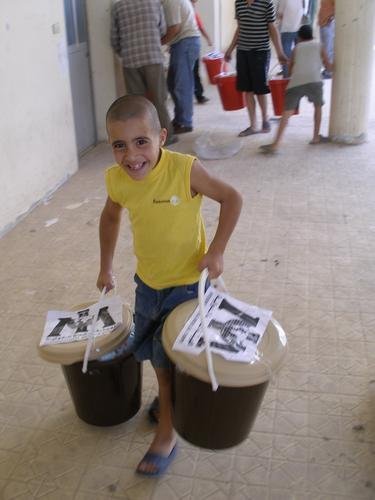 Getting through the winter--with help from IMC

International Medical Corps continues to help residents recovering from setbacks they suffered during last summer’s bitter conflict with initiatives ranging from medical care and psycho-social support to water and sanitation programs. IMC is committed to developing programs in Lebanon that will help build and increase the capacity of local communities and organizations. This winter IMC is assisting hundreds of families to cope with snow and cold winter temperatures.

A Life in Ruins When the people from Chihine returned to their village many found their homes had collapsed ceilings, wrecked walls, broken chimneys or were completely destroyed. Only one kilometer from the Israeli border, tucked into the mountains of the Tyre region, Chihine had received so much incoming fire that 80 percent of the settlement was uninhabitable when the bombing stopped in middle of August last year.

For the 850 people living in Chihine the hardship did not end with the ceasefire. Most of them farmers, they were unable to tend to fields which were either ruined by fire or cluttered with unexploded cluster bombs turning 75 percent of them into deadly minefields. “The situation is very bad. After the war, people lost a lot of their fields and now they don’t have any other way to live. They just wait for help,” the Mayor of Chihine, Akram Awada, told IMC field officer Rajaa Khalaf, in her first assessment meeting with him.

Preparing for Winter – With Assistance From IMC When winter arrived and temperatures started to drop the people of Chihine faced another problem. Winters are cold, wet and often bring a lot of snow. Because of the bombs, collecting firewood to heat their drafty homes was too risky. Like in all of south Lebanon, electricity in Chihine is unreliable and available for maybe six hours a day.

So in early December, before the winter rains and snow, IMC joined with UK-based charity Lebanon United to donate wood heaters and wood to 150 families in Chihine. IMC also provided another 300 families in the largely agricultural southern Lebanese villages of Marouahine, Markaba and Chaqra with firewood.

A few days after her extended family of nine received their wood supply, Maryam Awada, thanked the IMC team and demonstrated how well the newly installed wood heater works. “It even heats my tea and coffee,” she says. Maryam and her cousin Zeinab Srour, who also received a heater and wood, treated the team to some Turkish coffee as an early afternoon chill set in.

The second floor of her home is completely destroyed. She now shares the only two habitable rooms on the ground floor with her husband, two daughters, her son Hussein and his family of five. Hussein has been able to cover some of the family’s expenses by clearing war debris and helping reconstruct houses. But it is not enough to buy the proper medicine for his one-year-old daughter, whose face was injured by a shell, and his three-year-old son, who still suffers from shock caused by the conflict.

Livelihoods in Danger Most villagers of Chihine rent land and make their living from tobacco, burghul (parboiled and cracked wheat), olives and olive oil. Zeinab, a widow who lives with her 16-year-old son Ahmad, says she usually harvests burghul and tobacco on leased land. She showed the IMC team some burghul she stored away from the August 2005 crop. Her 2006 crop was destroyed in the conflict, and because of the cluster bombs there was no land available for the autumn planting season.

Now, having already lost last year’s crop during the conflict, Zeinab and other villagers are hoping that more fields will be cleared in time for May’s tobacco planting season. The undamaged fields are being plowed, but as IMC field officer Rajaa Khalaf explains, the landowners are not renting out much land—preferring to keep what little is left to themselves.

Waiting For a Normal Life The Lebanese Army and international de-mining NGOs are slowly working their way through villages in the south, clearing field by field the hundreds of thousands of unexploded mines and other ordnance. De-mining officials in the Lebanese Government and the United Nations expect that agricultural land will only be partially cleared by end of 2007. For many families this might mean another year or more without an income.

Zeinab Srour says she is content with her modest life and her faith keeps her strong. She explains how after the conflict she initially relied on international humanitarian aid packages, including those from IMC. Then, late last fall, she got help from her own community. In addition to the wood and heater from IMC, she received a refrigerator from neighbors and Hussein temporarily “fixed” her wrecked chimney by capping it with concrete. It is still unusable, but at least it keeps the rain and snow out.

Thanks to 6 donors like you, a total of $900 was raised for this project on GlobalGiving. Combined with other sources of funding, this project raised enough money to fund the outlined activities and is no longer accepting donations.
You last donated to this project on 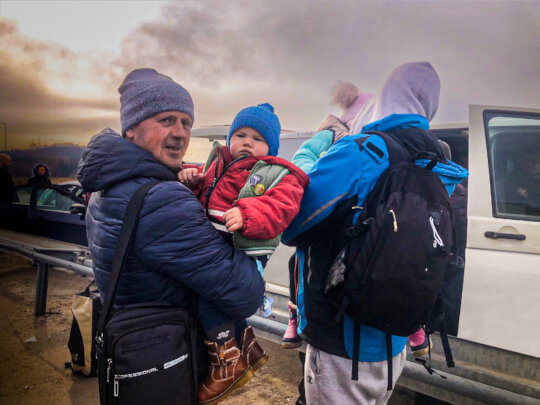 Responding to the Conflict in Ukraine
Find a Project

GlobalGiving
Guarantee
Donate https://www.globalgiving.org/dy/cart/view/gg.html?cmd=addItem&projid=1610&rf=microdata&frequency=ONCE&amount=25
Please Note
WARNING: Javascript is currently disabled or is not available in your browser. GlobalGiving makes extensive use of Javascript and will not function properly with Javascript disabled. Please enable Javascript and refresh this page.