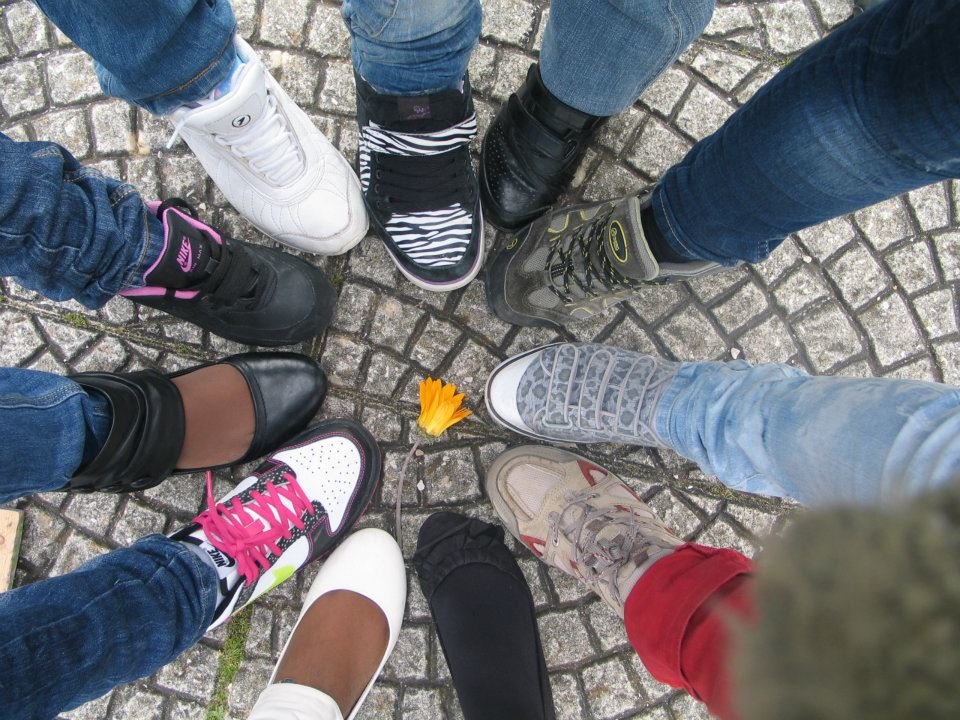 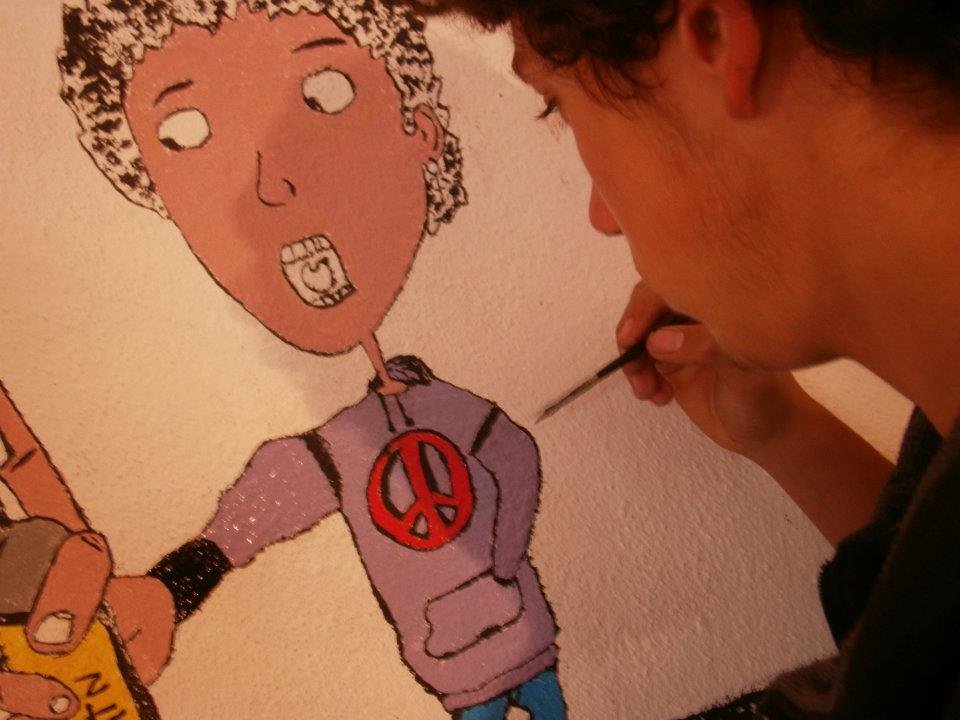 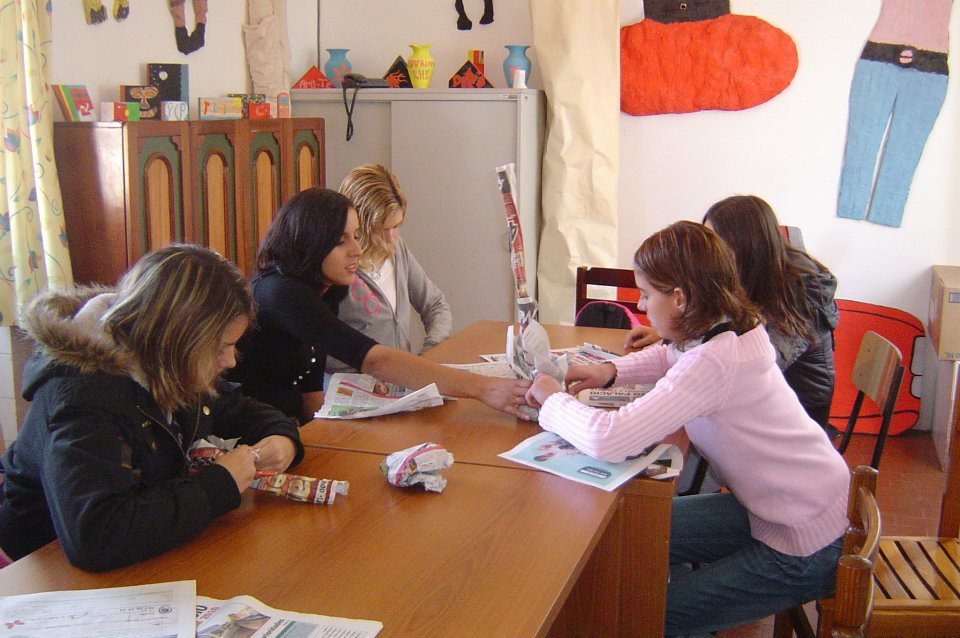 Who would have thought last year this time, that the COVID situation would be having such a significnt effect on most of our lives a year later! Portugal, our home counry being one of the worse situations in 2021 has ensured our activities and efforts to get our hands into face-to-face activities continues to be in halt.

But, as usual, we have (and will not!) stopped! We have actually prepared a 'COVID related' support project plan targeting struggling young mothers and their children in a way that engages them in two-way communication, sharing and receiving & giving donated itesm of needs. More impornatly, it allows peer support and mother-to-mother comfort to help our 'sisters' who have been affected financially due to COVID or even before the pandemic.

Our aim as an organisation is to restore balance between humans, animals and enviroment and to remind us all on how that is mainstreamed to all our actions, is that we never seek to 'solve problems' caused by imbalance, but rather to act in a way that eliminates elements contributing to imbalance. For our support project to young mothers, poverty is the underlying imbalancing root cause and therefore our motivation is to leverage the young mothers out of poverty (not necessarily meaning lack of money kind of poverty, but also lack of self-respect, lack of empowerment and lack of joy are forms of poverty that we look into carefully). We look forward to updating you all on the developent of this project, which can be conducted with online and face-to-face modalities. So as usual, keep watching this space and maybe next report would provides some toe-ticklingly exhiting news.

Huge thanks for your continuous support and care!

COVID-time report #3 with some progress 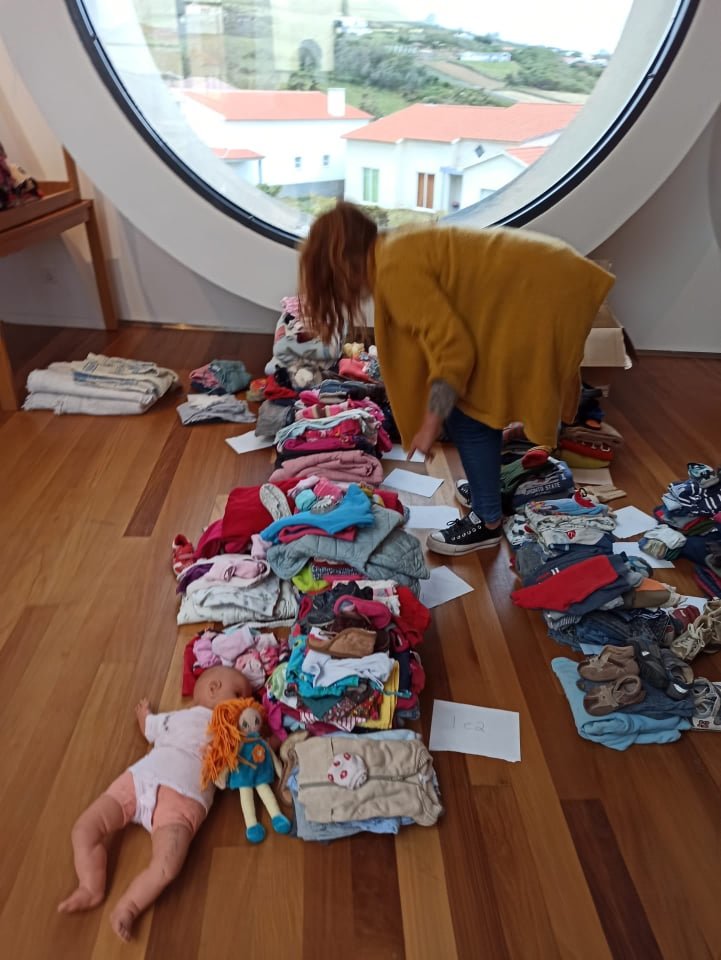 It seems ages ago when we were planning to conduct project activities without COVID restrictions and like for so many organisation, our activities came to halt for months.

We are, however very glad to report that the following actions toke place in the past 3 months:

- in August our big donation of collected clothing and essential items for young mothers and low-income familes in Azores Island, affected by the last year hurricane in the area were all delivered by our local partner Caritas Portugal. Feedback was excellent and these items really came handy. Thank you all who donate funds and items for this small project.
- We also contracted a short term digital media support for few working days a month and a 10-day consultant to support us to connect with private sector actors to parner and support our efforts. For these we are hugely grateful for the small COVID assistance funds received directly from GlobalGiving.

As for other updates, we have developed a Romi's Way School concept and are under discussion for a pilot project in Portugal - land has been indentified to accommodate the project which requires a food-forest-playground land and area to accommodate mobile-classrooms. More about this if we get the funding through (fingers crossed everyone please!).

We are also developing a small cooperation with an internatioal food-forest orgnisation seeking ways to integrate greenareas as mandatory parts of educational spaces and school communities, as well as contributing to the need for childnre to learn about Nature, in Nature and with Nature - in otherwords, to connect the next generation back to the liivng environment.

A small concept promoting "Good Life for All' was created with a 1-minute mini video for social and digital media audience, and we have updated our website a little bit (ongoing process though).

Lastly, we are cooking a campaing to raise awarness for wellbeing issues of animals used in enterttainemt, sports and tourism industry by educating people on the natural needs of these species.

All these small efforts are contributing to our greater aim to bring balance between people (children), animals and the environment.

We are ever so grateful for all your support.

As most individuals and organisations, Romi's Way has been affected by the COVID-19 and a lot of our planned activities have come to halt (temporarily). Although this time has been extremely frustrating and there may not be a lot to report since March 2020, we can report that we have not spend any project funds nor implemented any activities during this period. We are waiting to receive an update from our partner in Azores (Caritas Portugal), who due to COVID19 also had to postpone the distribution event of clothing and good collected by Romi's Way team to support the Hurricane 2020 affected school communities & families in the islands. We are hoping to receive the news on the item distributions in July. We know, now more than ever, vulnerable families are in need of support.

Although not much results are shown in the past few months, we have managed to develop our work in other ways.

We have presented our Green Leadership Programme (of which this project is a part of) concept note to some potential partners from non-profit and private sectors whom we think would be a great match to support our vision to create a balanced world where children are taught to care for the environment, animals and for other humans through compassion, kindness and real understanding of Life. This is to educate the next generation with skills that the planet needs in future, shifting the focus from economic growth and 'me-centred' thinking towards ecological health and 'we-centred' thinking. Our CEO has held meetings (online) with a potential partner from a private sector who loves our vision and is interested supporting a first Green Leaders School to be established in Portugal. We aim for nothing less than an educational revolution :) in other words, we are hoping to inspire traditional educational systems to include changes in their ways of teaching and perhaps hoping to create more schools like our Green Leaders School. More news about this later on - for now, please keep your fingers and toes crossed for the partnership to be formed.

Lastly, we are in discussion to form another partnership with a local non-profit organisation to work on the ethological aspect of this project, hoping to include the equine-assisted healing sessions into the programme. Again, due to the COVID situation, these plans are postponed until September.

We hope to continue our work and plans shortly and look forward to keep you posted with some good news.

With huge thanks for everyone supporting our work - every donation counts and is used 100% for our projects. We are a small organisation with a big vision, and your continuous support is helping us to create a balanced, healthy world the next generation.

FIrstly, we are so grateful for all the donations towards our project, they have made a great impact already!

Here is what has happend since our last report:

- In December Romi's Way team collected clothing items to be donated to the families affected by the hurricane in October 2019 as well as to low income families in the Azores Island. We received alot of clothing in execllent condition and our volunteer team members folded and packed all items. People really made an effort with the donations and we were touched by the care they put in washing all items and making sure they looked nice and ready face a new home.

- We had a meeting with Caritas Portugal and agreed to partner on this support project, and agreed Caritas can receive the shipped items and arrange the distribution while providing Romi's Way some detials (including video and picture evidence) and feedback

- We have packed and shipped (see the video link attached to our facebook update) all items in January, but unfortunately the shipping process was not very smooth and the items have still not reached their final destinateion and the item are in Floris Island (as part of the Azores island group). After some intense follow up, they are now ready to be shipped to the final destination and be distributed

- We have distributed a survey asking about feelings and thoughts about climate change and its effects. Survey restuls are to be collected mid-MArch and report prepared by end of March (to be published in our next report!)

- We have used the GlobalGiving donations to various ways- mainly covering shipping costs, purchasing a legal stamp for Romi's Way, covering our monthly website and email costs, accounting fees and printing costs for the survey and advocay leaflets

We are exited and grateful for any and all support towards our work. More we receive, more we can do. We would love to reach 200 children and with sustained fundign we can open systematic project actiiteis for them in Central Portugal and in the Azores Islands. Thank you!

During the summer 2019, the Romi's Way team resolved to do something in support of children in Portugal vulnerable to abuse, trauma, disability, neglectance or affected by the low/no-income status of their parents. These circumstances lead children to be at high risk of dropping out of school or facing challenges to keep up with development. We wanted to do this because the future deserves adults who can make healthy decisions for themselves, for their communities, and for living nature around them and for the future in general. Children who suffer from vulnerabilties during their childhood years, have a significantly higher risk ar running into trouble in the later life and making decisions that can be harmful for them, for people and animals around them and for the environment. We strongly consider early mitigation and support to be abcolustly crucial.

Through the ongoing GlobalGiving campaing Romi's Way had a chance to bring our project out and seek global support as well as a partnership with GlobalGiving. In order for the full project to take place and for 200 children to be systematically supported, we are in need of 43,322Euros. We are excited that every donation goes towards this initiative and will be until we reach the final goal. Through the campaign, Romi's Way received 1046Euros from 46 donations. Due to our efforts, we were granted a GlobalGiving partnership and allowed to continue with our campaign as well as take part on future project campaigns. Our whole team is extremely exchited about this!

Since the first-phase of the campaing was closed, we want to provide an update on what has happened to date and what has been done with the given funds so far - noting that we are still in the phase of collecting towards the final goal in order to start the full project:

- We have made a partnership with European Equine Welfare Association (EEWA) and agreed on the way forward for adopting abused therapy horses to be used for the project, we have also selected the location for the activities and agreed on designing an coloring book addressing animal welfare issues which will be given to the 200 children supported under this project (or if the project is not fully funded, they can be linked to a different activity)

- We have covered small legislation and accounting costs, website cost and purchase of official company stamp

Donating through GlobalGiving is safe, secure, and easy with many payment options to choose from. View other ways to donate
Romi's Way has earned this recognition on GlobalGiving:

GlobalGiving
Guarantee
Donate https://www.globalgiving.org/dy/cart/view/gg.html?cmd=addItem&projid=41739&rf=microdata&frequency=ONCE&amount=25
Please Note
WARNING: Javascript is currently disabled or is not available in your browser. GlobalGiving makes extensive use of Javascript and will not function properly with Javascript disabled. Please enable Javascript and refresh this page.