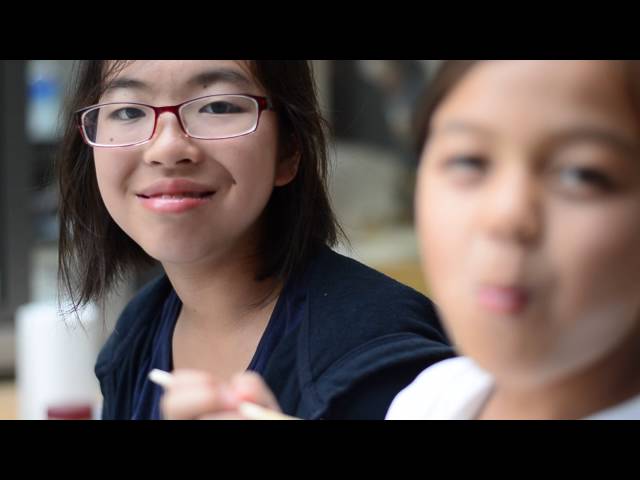 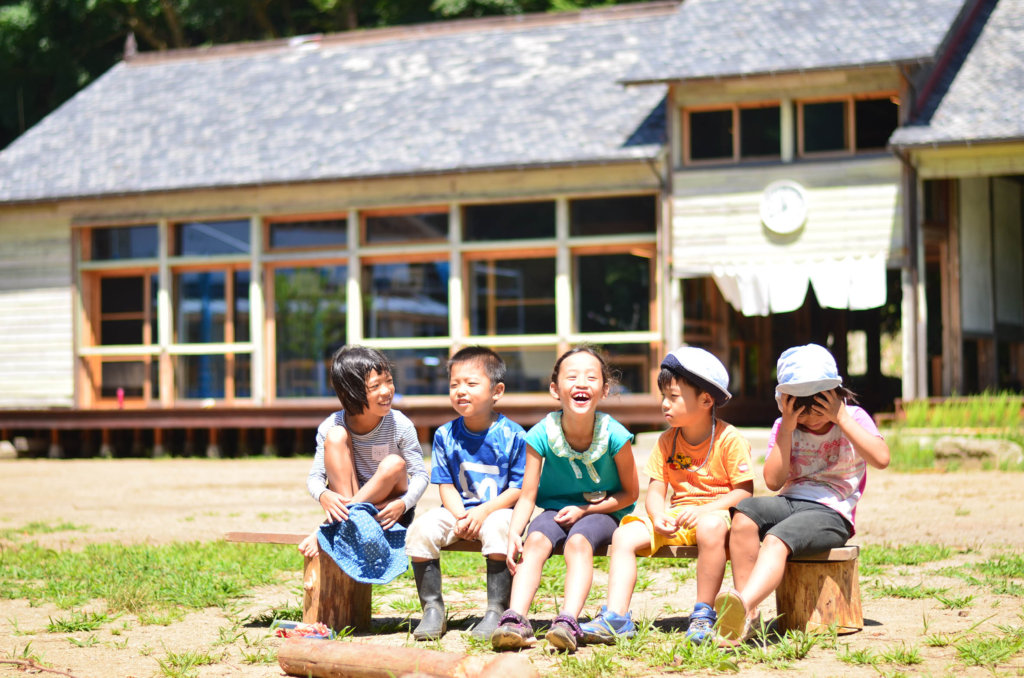 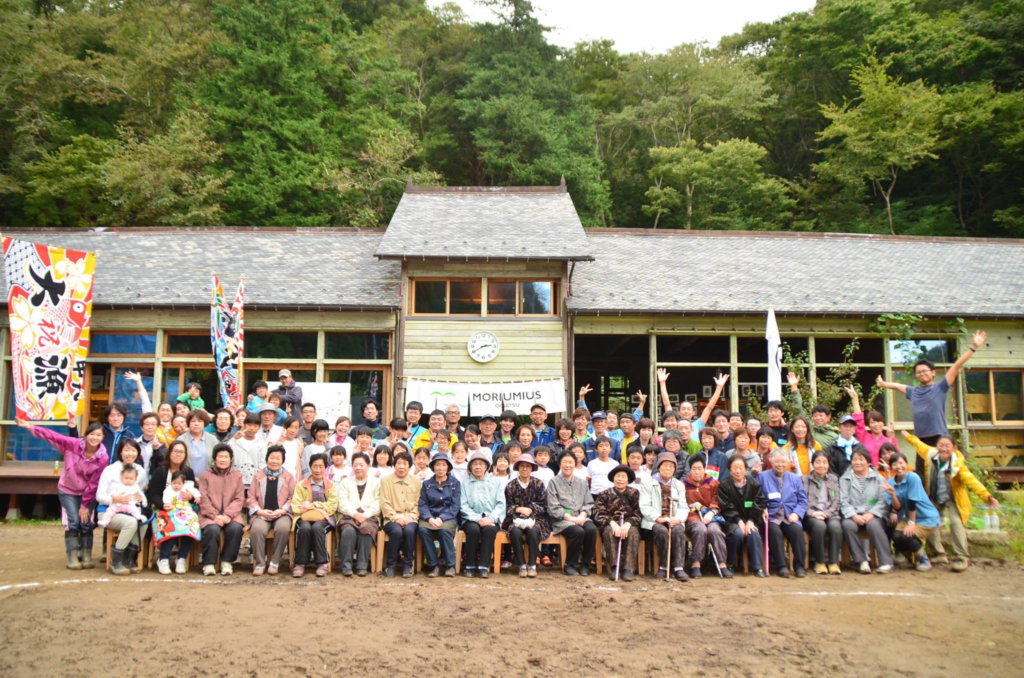 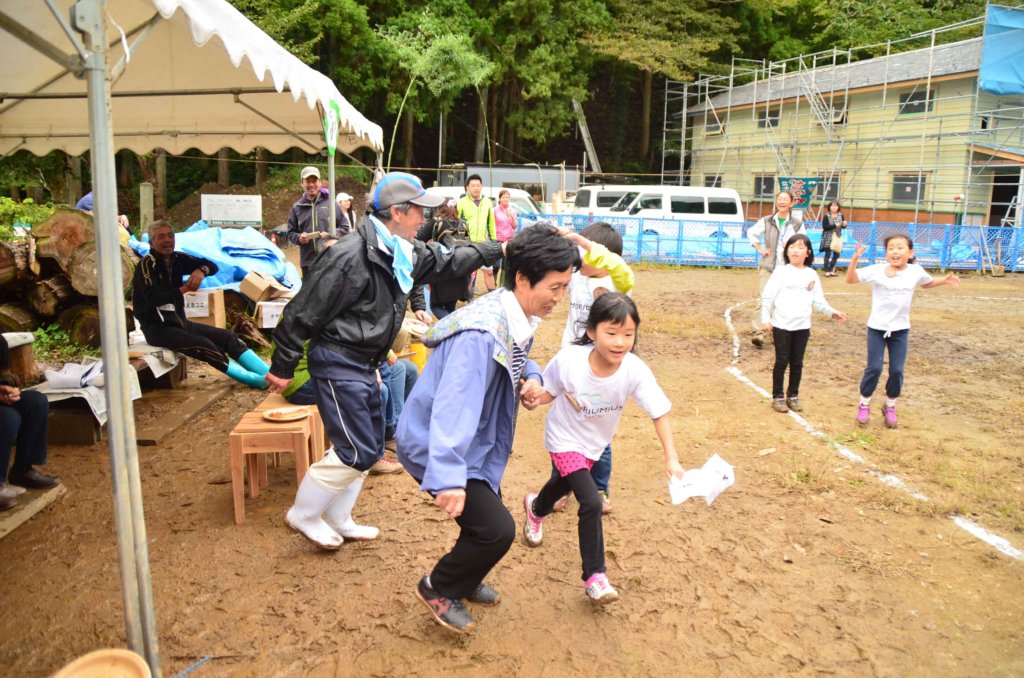 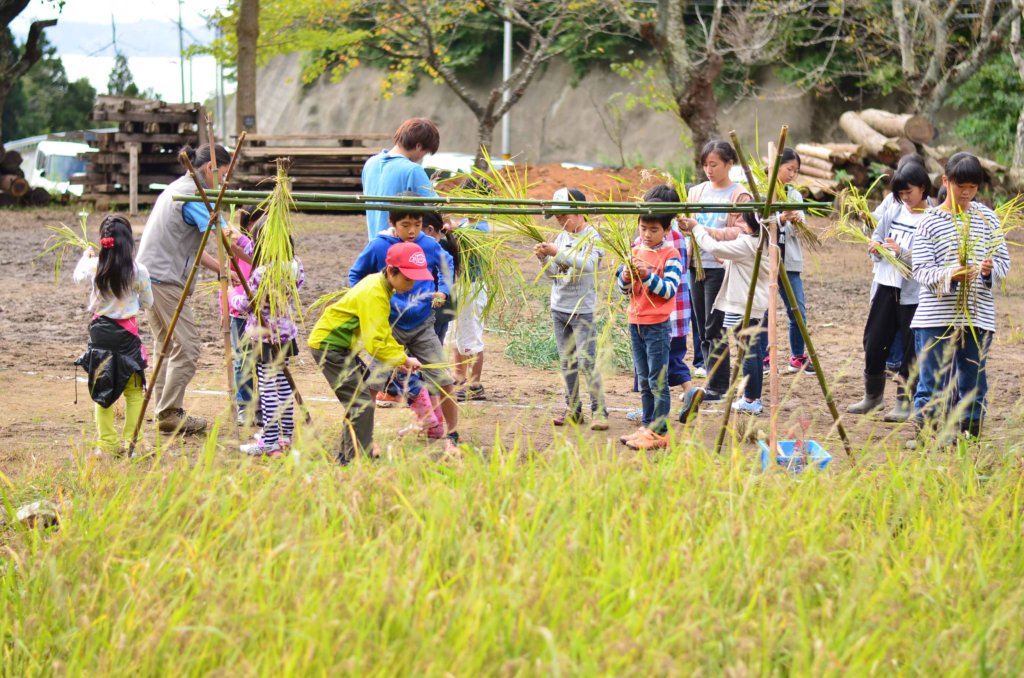 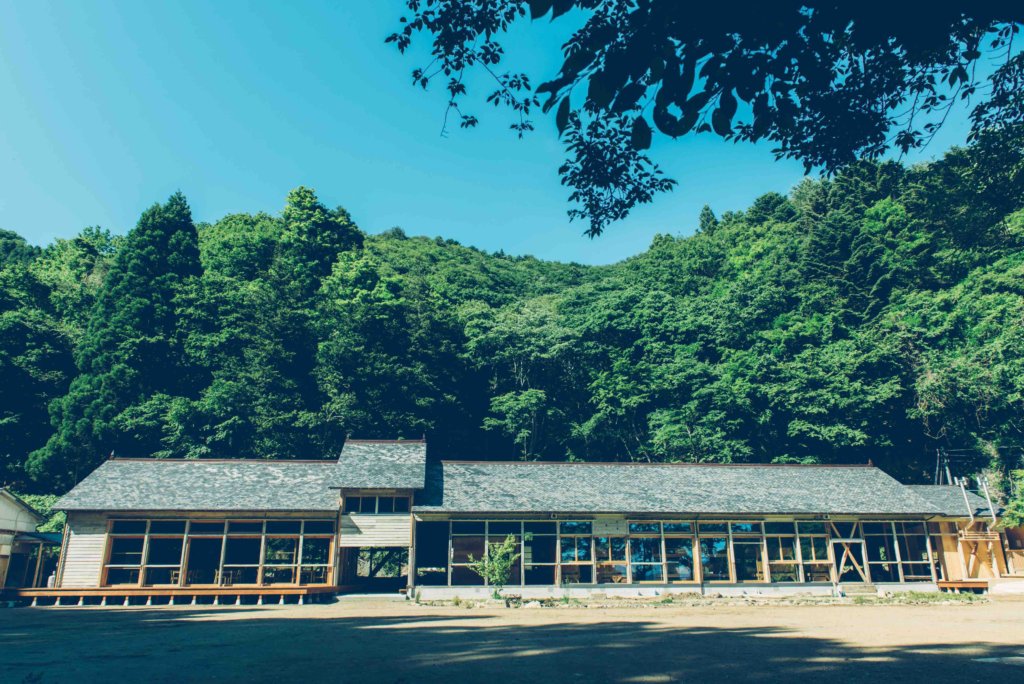 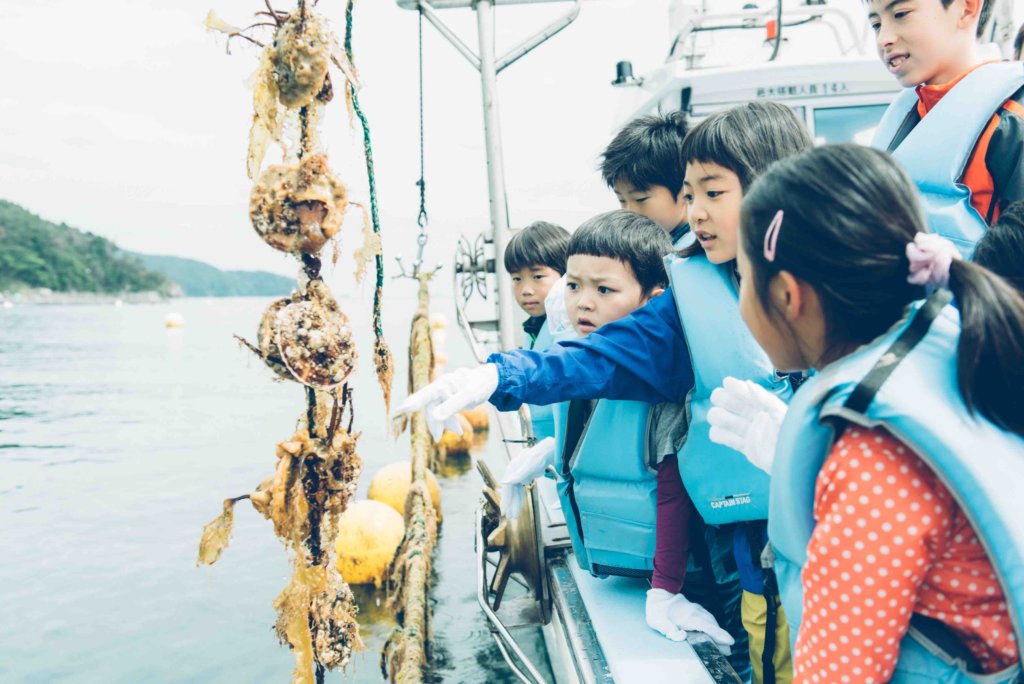 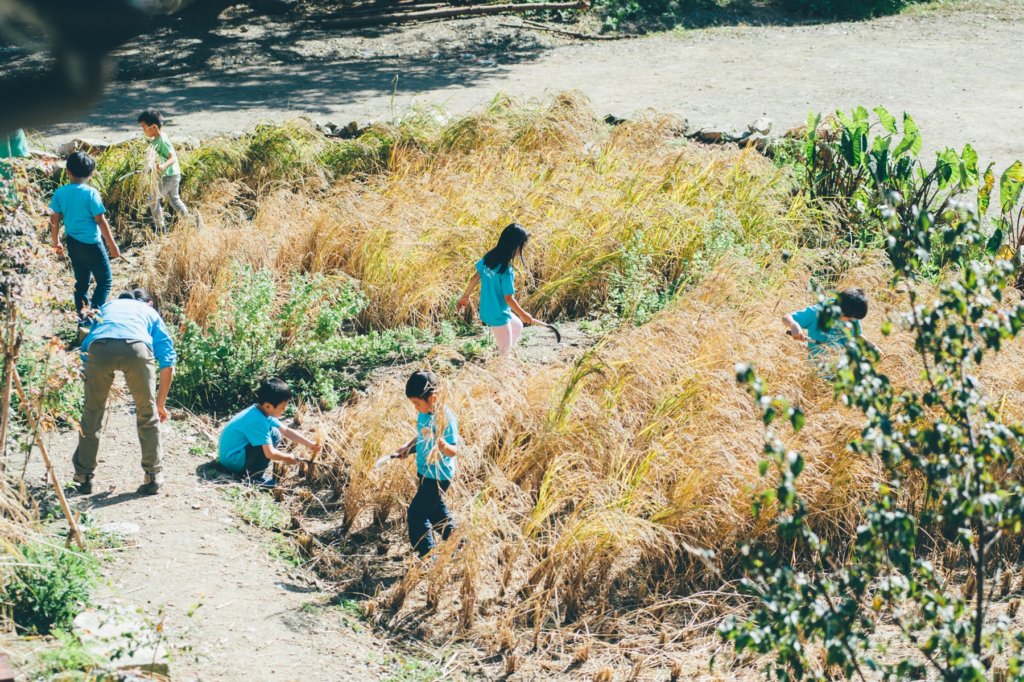 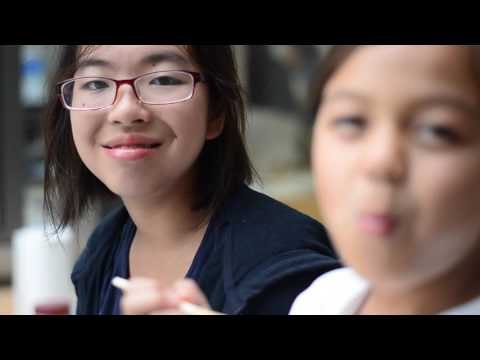 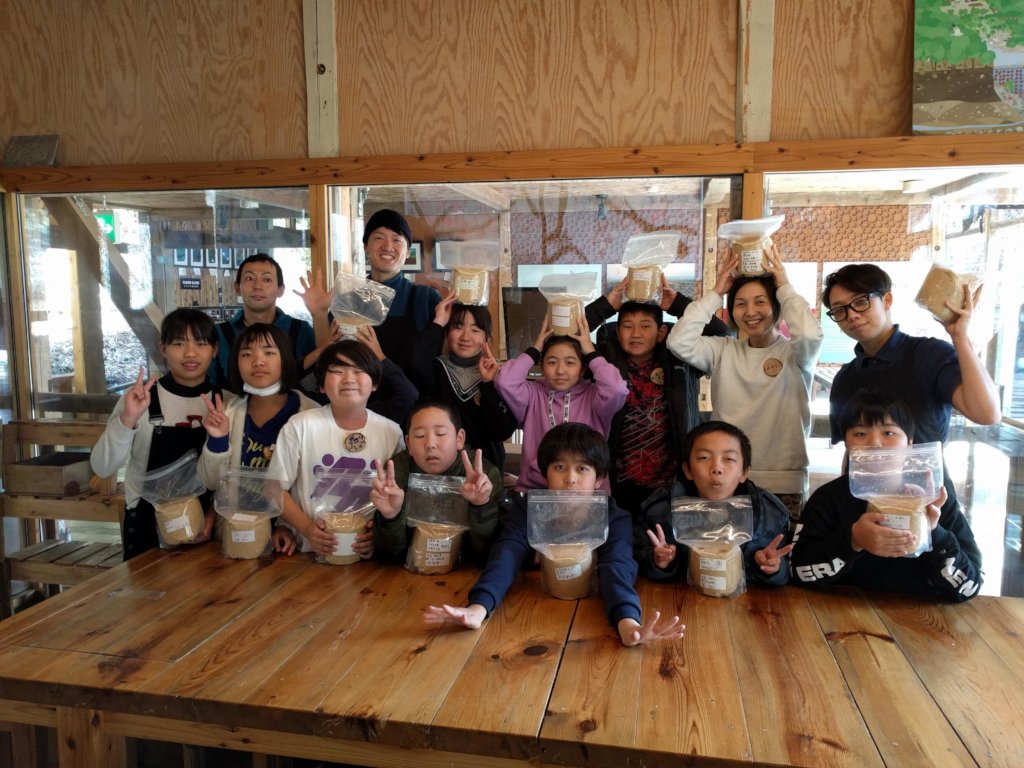 Thank you very much for your support.  We were able to invite elven children from Kumamoto through three day holiday on Februay 22 to 24.  Because of the typhoon in October, original tour date was postphoned, but this time it was a great success.

We have been inviting children who were affected from the mega earthquake in Kumamoto in 2016 every year.  There are children who are still living in tenporary houses and not able to go back to their hometown.  This winter has been very warm even in northern region of Japan.  Children who are coming from sourthern region with warm climate were expecting cold weather and snow.  Surprisingly we had snow storm on the second day, children were running outside trying to catch or eat snow.

In Japan, traditionally we make fermented soy bean paste called Miso.  Miso is one of the most important Japanese seasoning, used mainly for soup.  We have invited specialist to make miso with children.  Using organic soybeans, fermented rice, and salt, children seemed excited to mash cooked soybean into paste.  Mixing the paste with salt and fermented rice, keeping in plastic container for six month until fermentation is complete.

Through their time here at MORIUMIUS, children seemed to be relaxed in nature and released their stress, but also learned  other areas in Japan affected by natural disaster.  Meeting with local people and listening to storyteller, children were able to see the future of their region and gave strength to move forward.

Thank you again for your support to create this tour.  We were not able to invite children without your kindness.  We are going to organize another invitation tour in 2020 or in 2021. 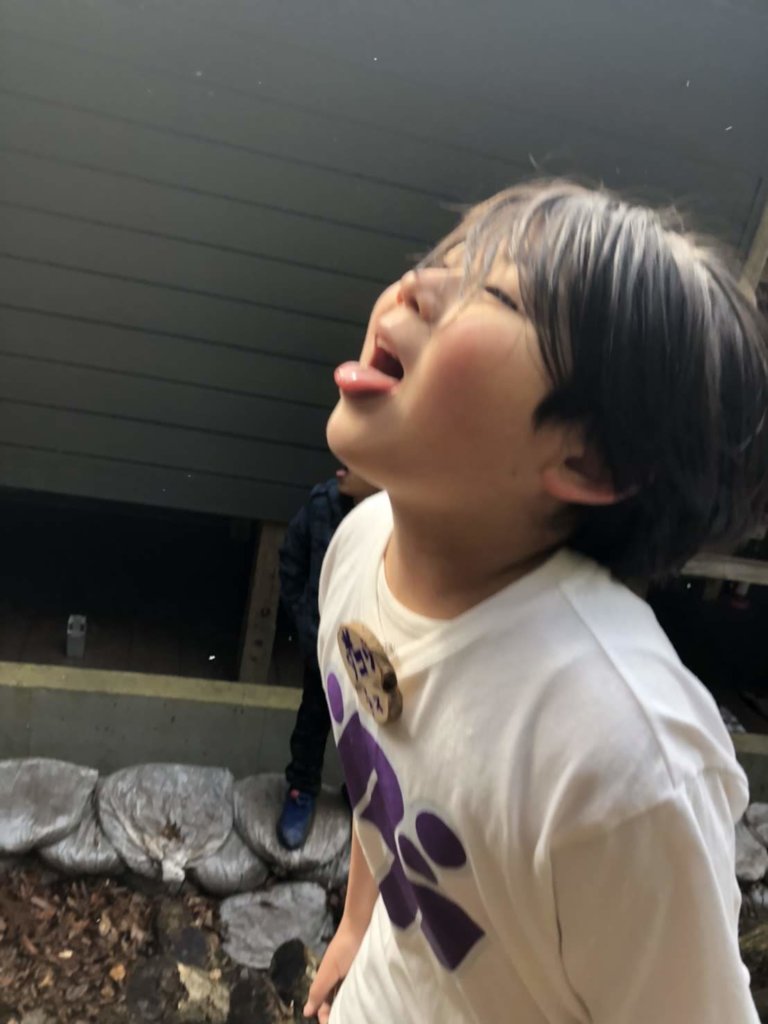 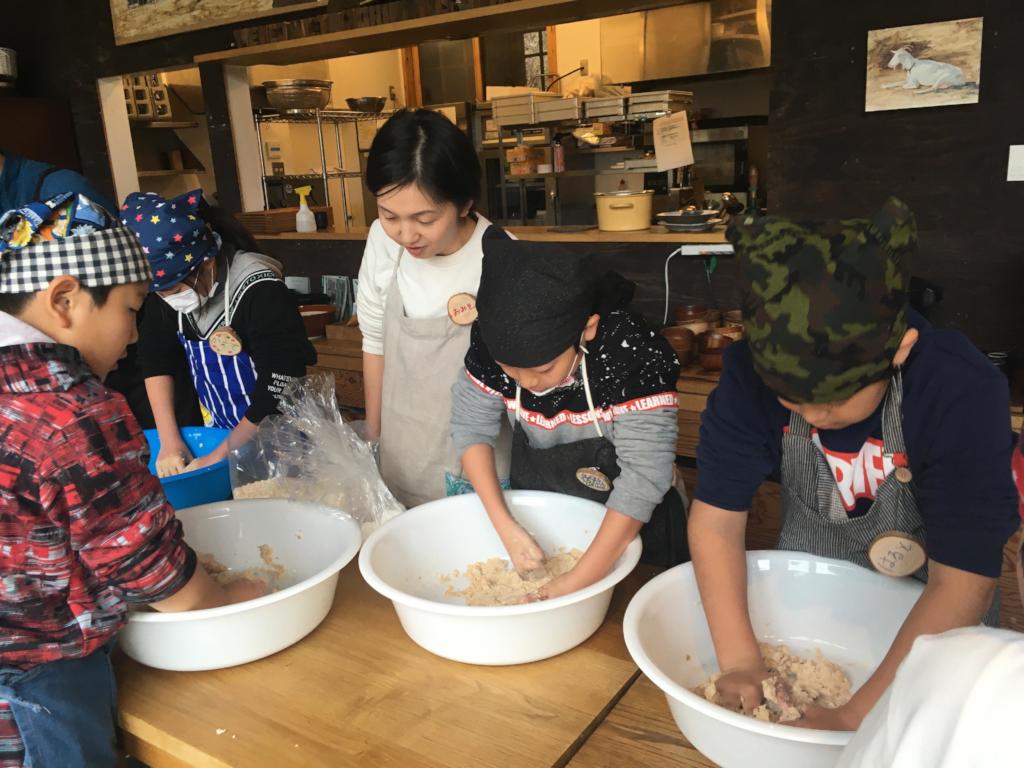 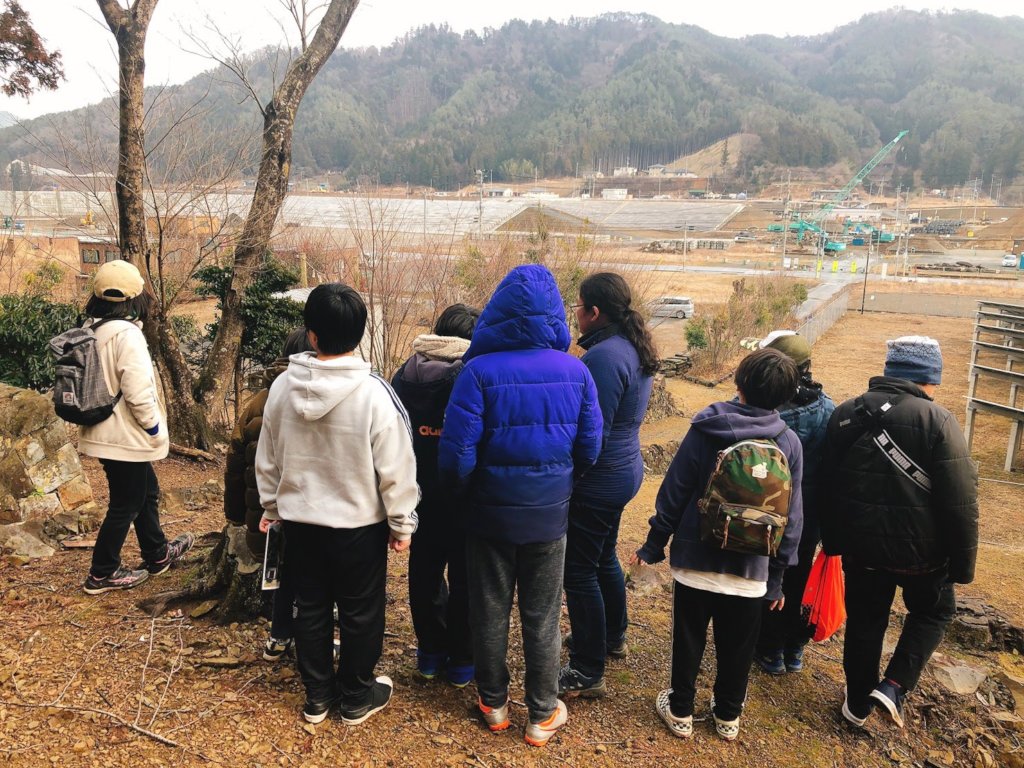 Donating through GlobalGiving is safe, secure, and easy with many payment options to choose from. View other ways to donate
sweet treat 311 has earned this recognition on GlobalGiving:

GlobalGiving
Guarantee
Donate https://www.globalgiving.org/dy/cart/view/gg.html?cmd=addItem&projid=25405&rf=microdata&frequency=ONCE&amount=25
Please Note
WARNING: Javascript is currently disabled or is not available in your browser. GlobalGiving makes extensive use of Javascript and will not function properly with Javascript disabled. Please enable Javascript and refresh this page.