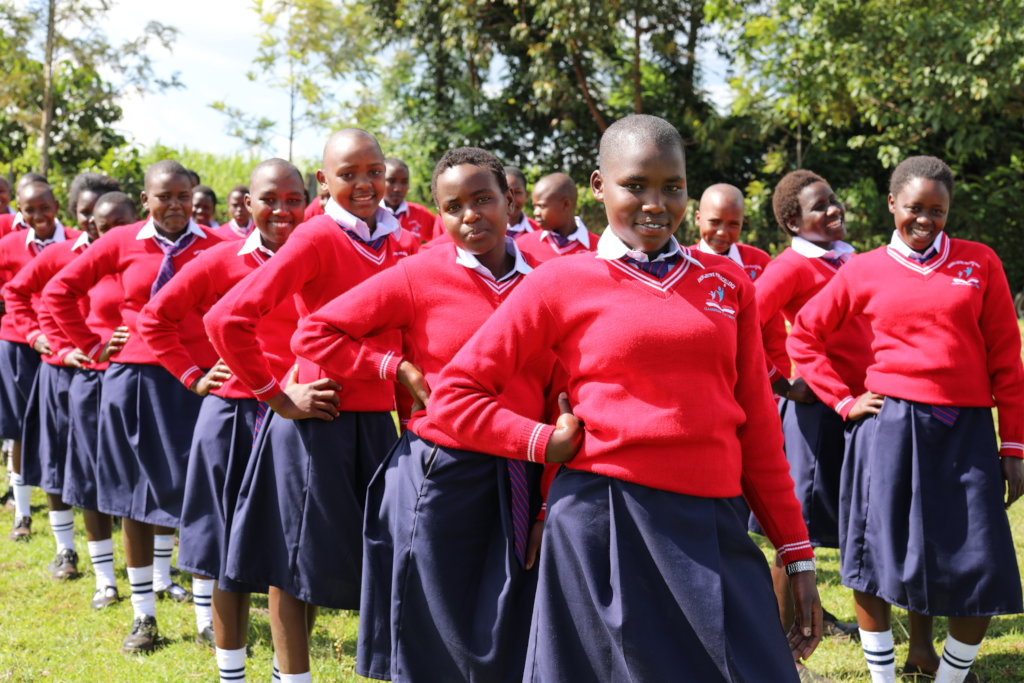 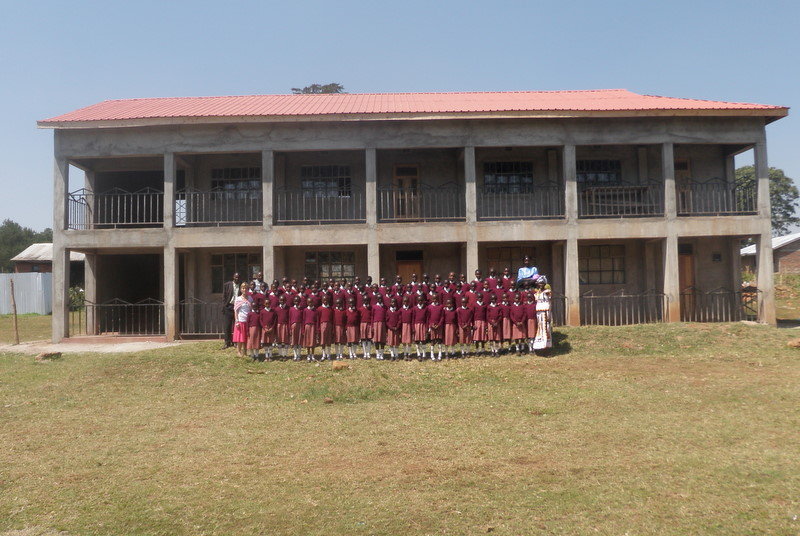 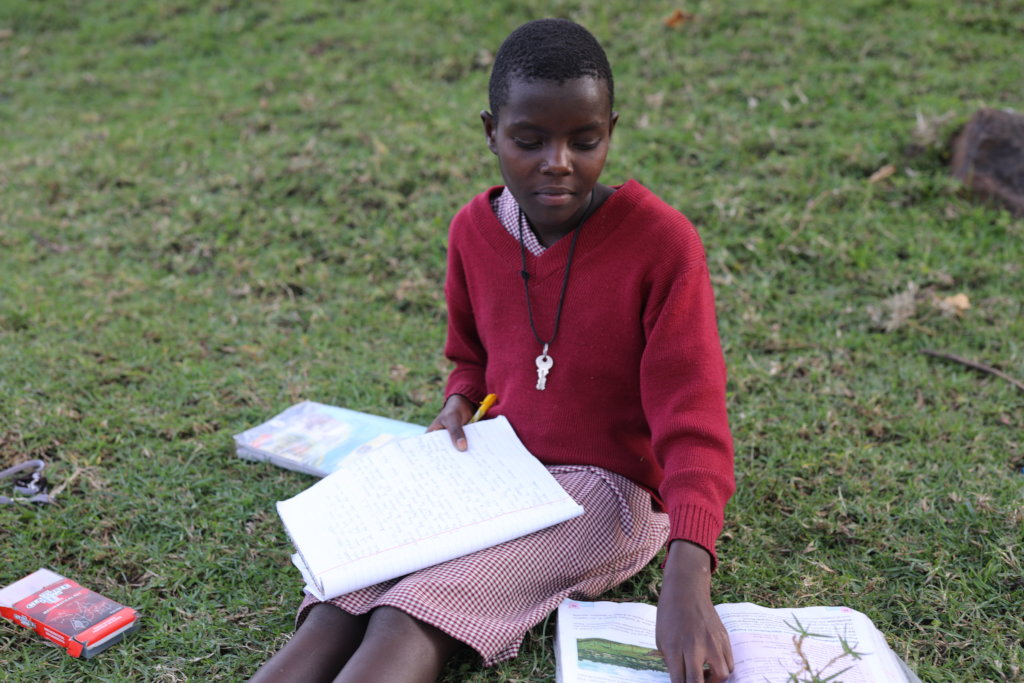 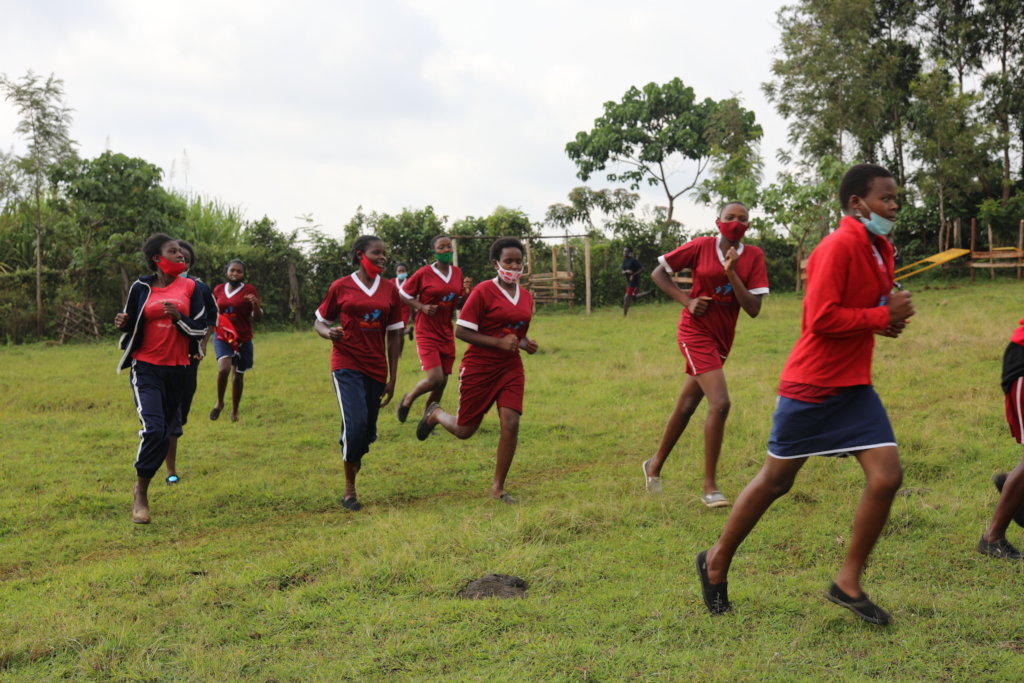 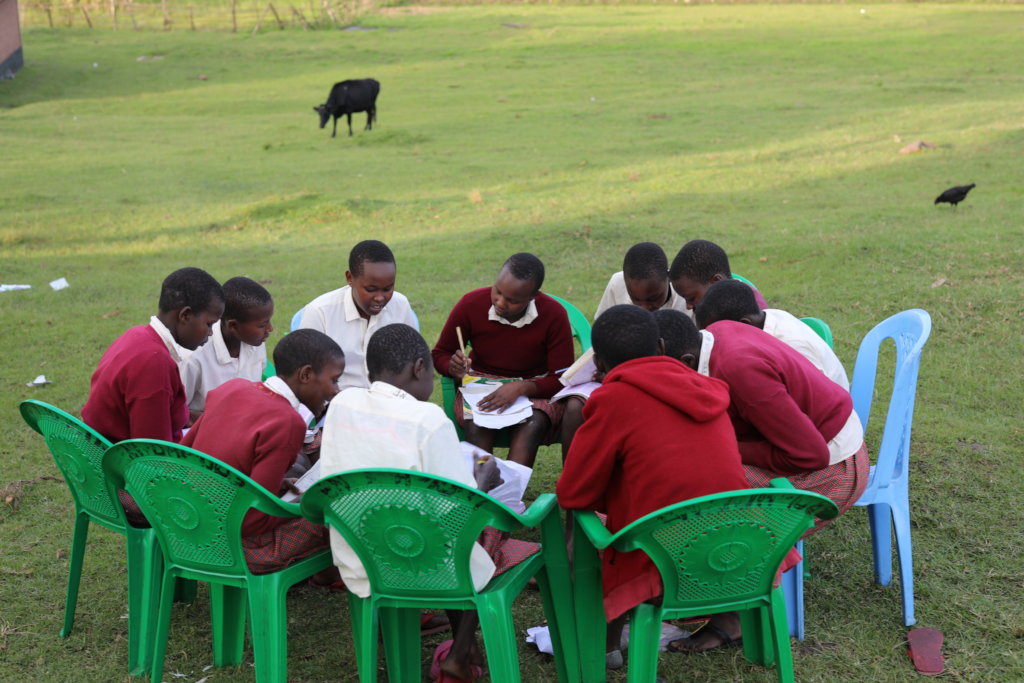 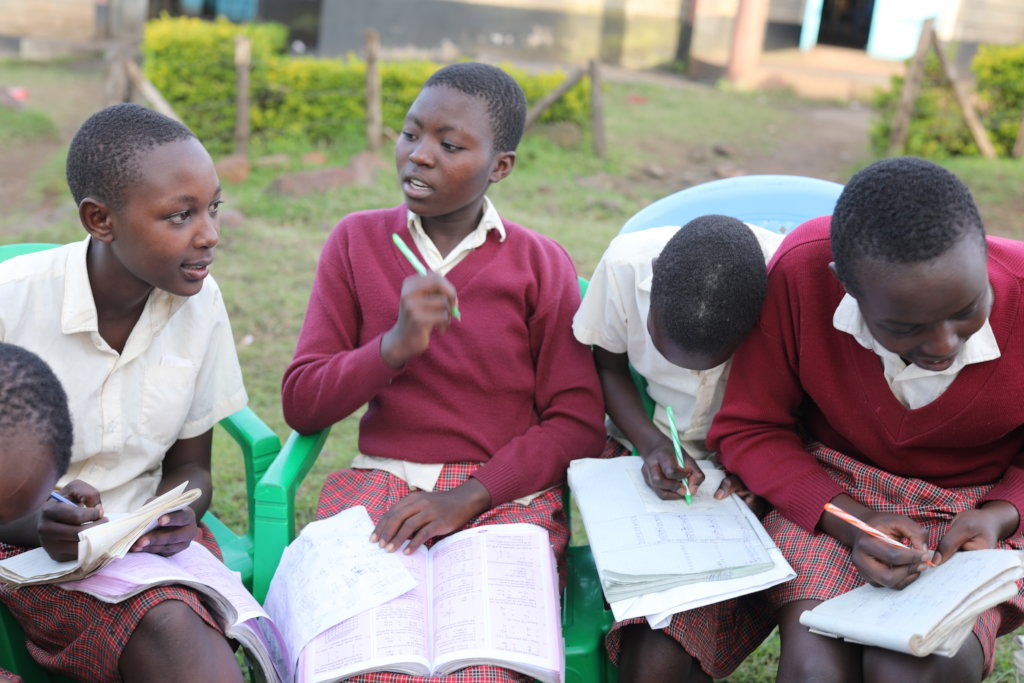 Kakenya’s Dream runs the only primary boarding school for girls in this district in South Western Kenya – Masai country. It isn’t far from Nairobi but very remote (took me 13 hours to reach). I crammed into a station wagon with 9 other people (arranged as 4-4-1 plus a trunk full of goods). Upon hearing where I was headed, one of the other passengers asked, “Oh. Are you going to Kakenya’s school?” So I guess this place is well-known.

Enoosaen is a small town: a few shops, one "hotel" owned by the chief, and four schools. The school is 2 1/2 years old. Kakenya’s mother (named Ann, but everyone calls her Mama Kakenya) popped in to visit throughout the day. She is known by everybody in town and appears to be the inspirational core of this school community. Charlotte, the organization’s American volunteer, said parents pay about $108 per year (3000 KSH per term) to send their girls to school here. Kakenya subsidizes the rest of the cost and provides foods and school supplies through their funders.

I visited with the girls of the school - maybe like 70-100 when I arrived. It was after lunch and they were gathered around a water tap brushing their teeth. There was no school today (still trying to get the next term started and parents haven’t all sent their kids back from the Easter holidays) but they were all in their uniforms, wandering around the campus.

“What’s your name?” A girl asked, smiling and looking me in the eye. This had the sound of an eager, authentic question – not like random kids you pass on dirt roads to shout “How-are-yoooou?” at you, more to test their English than out of any interest in you as a person.
“Marc.”
By now a crowd had gathered. The next girl asked my the name of my father, and then my mother.
“Ray.”
“What? Ray? Is that a name?”
“Yes. My father’s. And Helen is my mother.”
Nobody asks me who my parents are. Perhaps these girls think about it more because they are away from their own families.

Charlotte, Mama Kakenya, and the various other women from the community who visited are passionate about rescuing girls from families that practice FGM. Rose, a teacher from a nearby school and friend of Mama Kakenya who provides a home to several “rescued” girls, told a story about one of these girls:

An area girl wanted to go to school but her father refused to pay. “Age 16 is too old to be unwed,” he said. Her father wanted her to be circumcised but she refused. He then refused to pay for the daughter’s schooling until she “got cut.” Finally she agreed, on the condition he allowed her to finish school. After he forced her into FGM, he also imposed a “year of seclusion” which is a Masai tradition. For one year the girl cannot interact with boys or go to school. The following year, she begged to go back to school but her father went back on his word and refused. All along he had been preparing her to be married to a village worker, who would pay well for the daughter. At this point the daughter ran away. Rose took her in and she is now in the final year of her schooling (at Rose’s secondary school I think).

Tradition can disrupt education, but so can the elephants:

Charlotte was telling me that in more remote parts of the Masai Mara (near here), students lose at least one month each year during the annual migrations. Students typically walk 1-2 hours each way per day to school, and it is dangerous to walk through a migration route in the mornings when Elephants and wildebeasts might charge through in the thousands. Hence, students can’t start walking until 10am and arrive at school by 11 or 12, simply to start walking home 4 hours later through the trampling grounds again.

Charlotte told a story that illustrates how Kakenya’s dream operates:

Three months ago a girl want to join their school. Her mom said it was “too far” from home, and her father complained that it was too expensive. But the girl was determined to get into this good school, so she met with Kakenya on her own and worked out a plan. When the day came, she simply left with little warning and Kakenya tried to smooth things over, but without letting the parents stopping her. Now this girl has gone home for Easter holidays for the first time since leaving. Instead of being hostile, the parents were excited about the change in their daughter. The girl holds her head up high, walks with renewed confidence. Even those at her family’s church ask how she could become “so beautiful” overnight. Charlotte thinks it is the improved nutrition making the girl look prettier, taller, and healthier; I attribute it to following your dreams, even when those you love stand in your way. Her story seems to be what this org is all about. Community parents now want to send their girls to Kakenya’s school, whereas 3 months earlier they were against it.

Charlotte showed me the new dorm block they are building. It looks good, with a raised roof and partially underground to make regulate temperature. They plan to move some of their girls in there next week to make room for a new computer lab in the old lock. HP donated 45 computers and Kakenya is giving some of them to the girls’ secondary school down the street, because previously only the boys’ school had a lab.

Project Leader:
Kakenya Ntaiya
Founder
Arlington, Virginia United States
$16,654 raised of $20,000 goal
You last donated to this project on
296 donations
$3,346 to go
* Amounts in US Dollars
Donate Now
Donate once
Donate monthly
$20
USD
buys a pair of leather uniform shoes for one girl
›
$40
USD
buys one complete uniform including sweater, shirt, skirt, and socks
›
$60
USD
buys textbooks for one girl for a year
›
$120
USD
provides a teacher's salary for one month
›
$200
USD
buys school supplies for five girls for a year
›
$360
USD
pays one girl's school tuition for a year
›
$720
USD
pays for a teacher's salary for six months
›
$1,000
USD
pays one girl's total expenses for one year (tuition, uniform, food, textbooks, personal items, and school supplies)
›

GlobalGiving
Guarantee
Donate https://www.globalgiving.org/dy/cart/view/gg.html?cmd=addItem&projid=5574&rf=microdata&frequency=ONCE&amount=25
Please Note
WARNING: Javascript is currently disabled or is not available in your browser. GlobalGiving makes extensive use of Javascript and will not function properly with Javascript disabled. Please enable Javascript and refresh this page.