Please find below FYF news and the latest developments in the Yezidi community for the month of December. 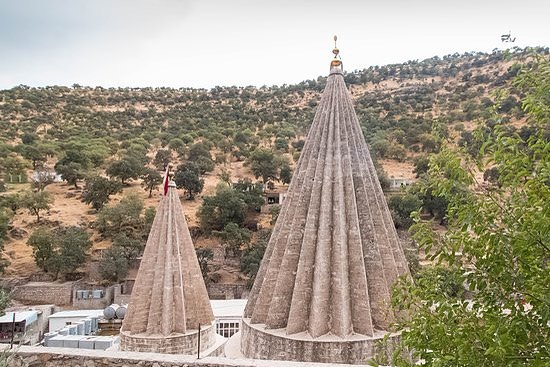 Earlier this month, the Yezidi community celebrated Roja Ida Ezi - one of the holiest days of the year. On Friday, Yezidis celebrated with family and friends after three days of fasting, with many enjoying the festivities at Lalish, the holiest site for the community. 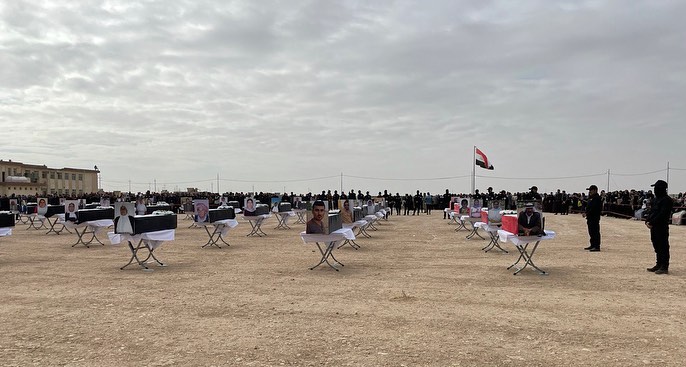 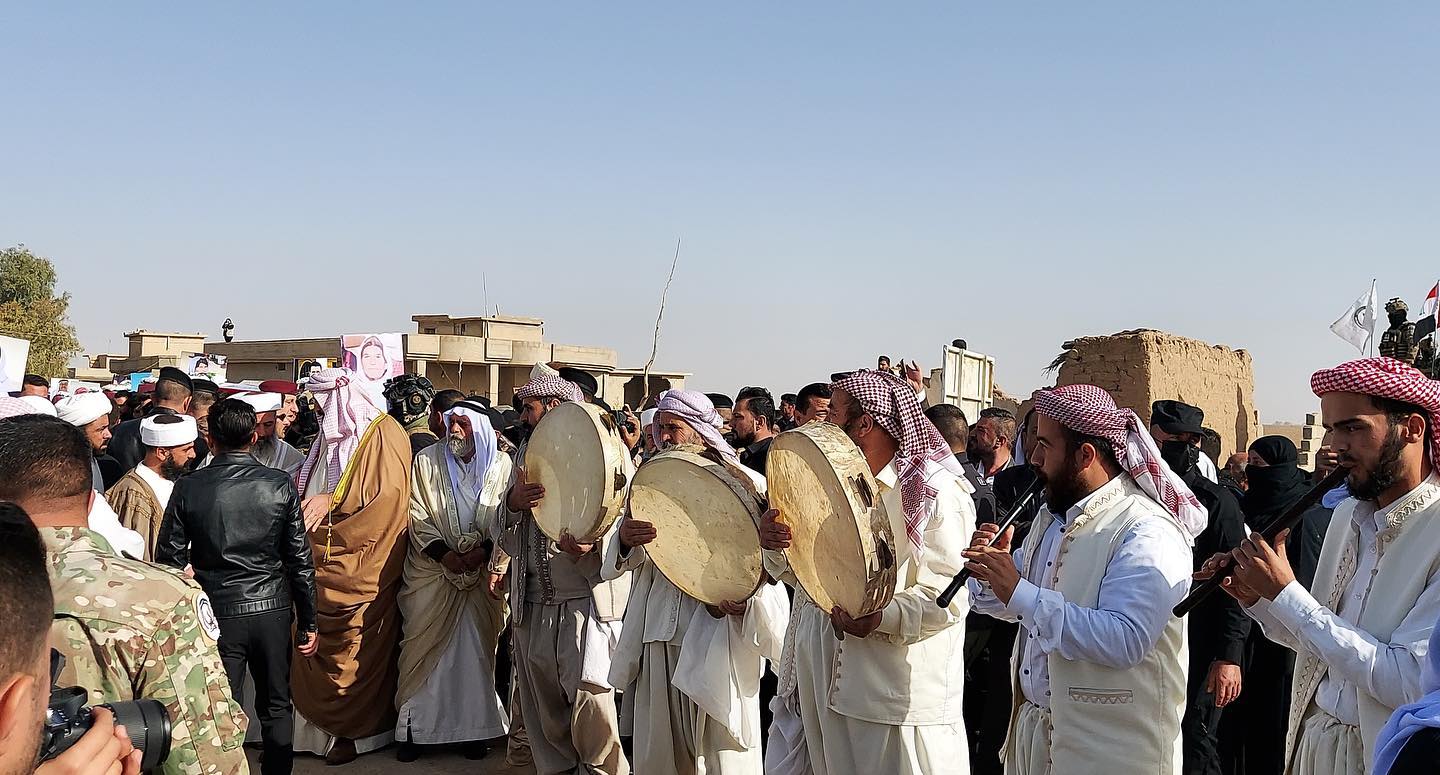 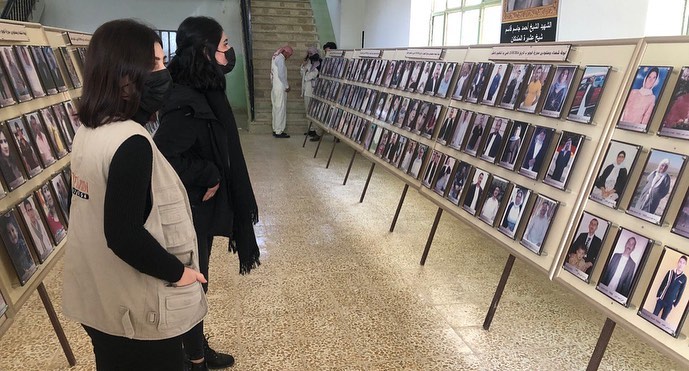 On December 9, the remains of 41 more Yezidis killed in Kocho were finally laid to rest in a burial ceremony in the village. This site was among the worst ISIS massacre against our people in 2014. FYF Country Director Hewan Omer travelled to Kocho with an FYF team of Harikara and a psychologist to support the community in their grief.

Sinjar was also rocked by Turkish airstrikes this month, killing several people and leading to increased fear among Yezidi returnees. On December 7, a prominent Yezidi leader died in an airstrike on the town of Khanasor, where many genocide survivors live. His two children survived the attack. Five days later, another devastating airstrike struck Khanasor, targeting a building used by a local council and often used as a wedding hall for civilians. Strong action needs to be taken to stop Turkey from terrorizing vulnerable Yezidis in their homeland. 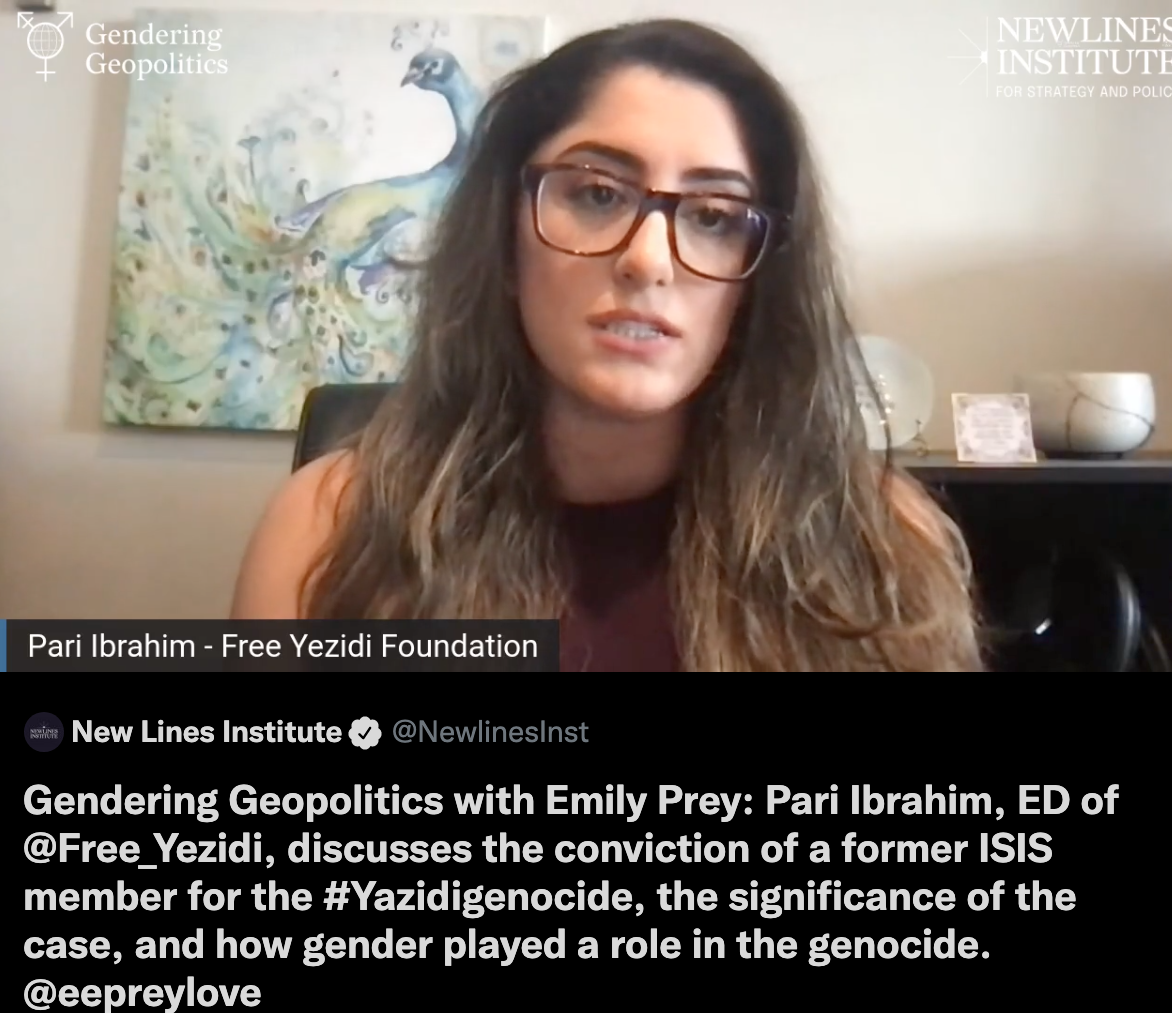 FYF Executive Director Pari Ibrahim was hosted by the New Lines Institute in early December for a discussion on "Gendering Geopolitics" and the recent conviction of ISIS members related to the Yezidi genocide. You can watch the full discussion here.
For our friends and allies in the United Kingdom, please ask your MP to sign the motion urging the UK government to recognize ISIS atrocities against Yezidis as genocide.
As the year draws to a close, we reflect on all we have achieved with pride. Despite the ongoing COVID-19 crisis, FYF has continued to serve the most vulnerable and responded to the needs of our community. We distributed emergency aid to IDPs whose tents were lost in a fire, provided trauma treatment to the most vulnerable, compiled ISIS suspect profiles, established a Bakery Training Center, and opened the new FYF Enterprise & Training Center. We also invested in Yezidi youth through an innovative program and continued to operate a much-needed center to combat GBV. You can find more information about our activities on the newly redesigned FYF website.

This year, our programmes have reached even more people in need, but we need your help to continue this important work. For those of you who have already  made end-of-year contributions to the Free Yezidi Foundation, we appreciate your generosity immensely. If you have not, please consider making a donation. 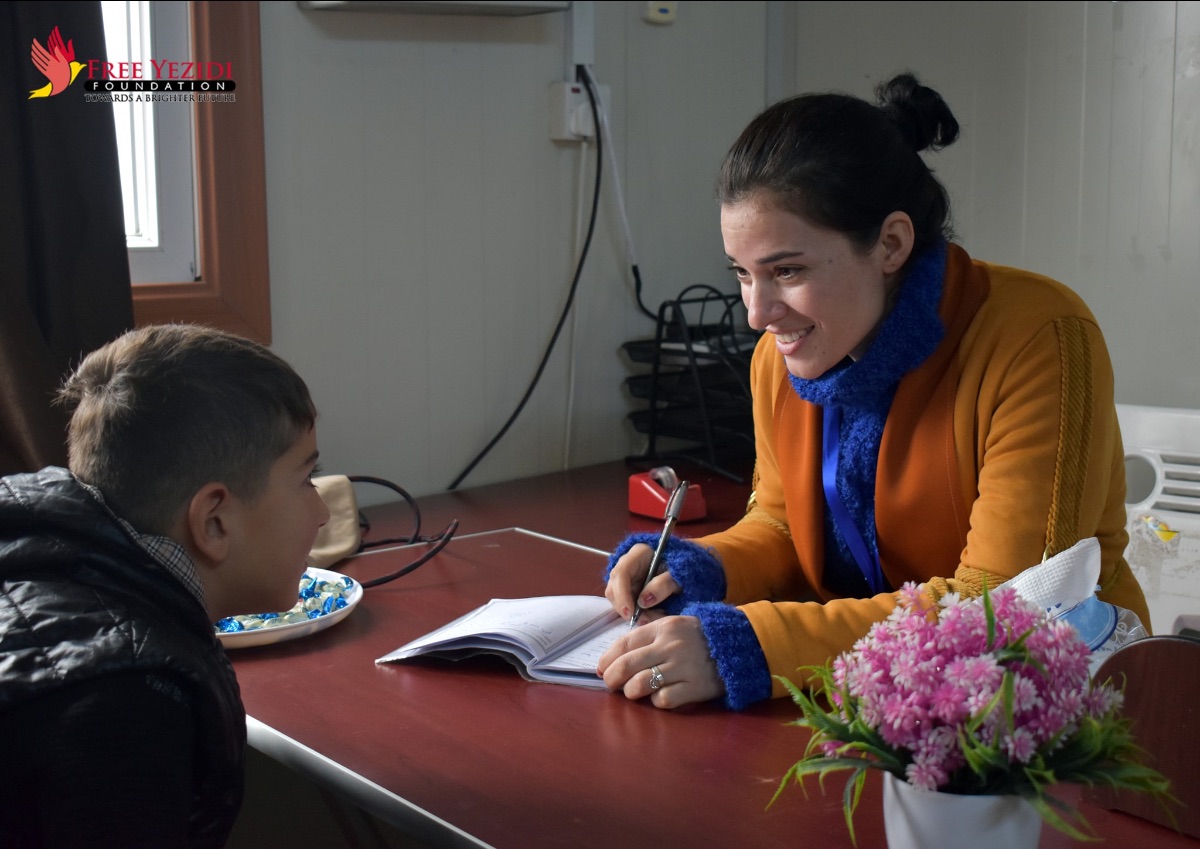 Thank you all, as always, for your steadfast support of the Yezidi community, and have a wonderful holiday season.Sincerely,

In the News
Kurdistan24 | Yezidi Activists Praise German Conviction of ISIS Member For Genocide, Stressing Legal Significance | Our thoughts are included in this piece on the sentencing of Taha al-Jumailly to life in prison for his role in the Yezidi genocide.

Kurdistan24 | Alleged Turkish Strike Targets Sinjar for Second Time in a Week | FYF thoughts are included in this article on Turkish airstrikes in Sinjar.

Rudaw | HDP condemns murder of Yazidi commander in Shingal | FYF is quoted in this article on the murder of a Yezidi military commander in a Turkish airstrike.

Rudaw | Kurdish Leaders Welcome German Court's Sentencing of ISIS Member To Life Imprisonment | Our thoughts are included in this piece on al-Jumailly case.

GlobalGiving
Guarantee
Donate https://www.globalgiving.org/dy/cart/view/gg.html?cmd=addItem&projid=29220&rf=microdata&frequency=ONCE&amount=25
Please Note
WARNING: Javascript is currently disabled or is not available in your browser. GlobalGiving makes extensive use of Javascript and will not function properly with Javascript disabled. Please enable Javascript and refresh this page.